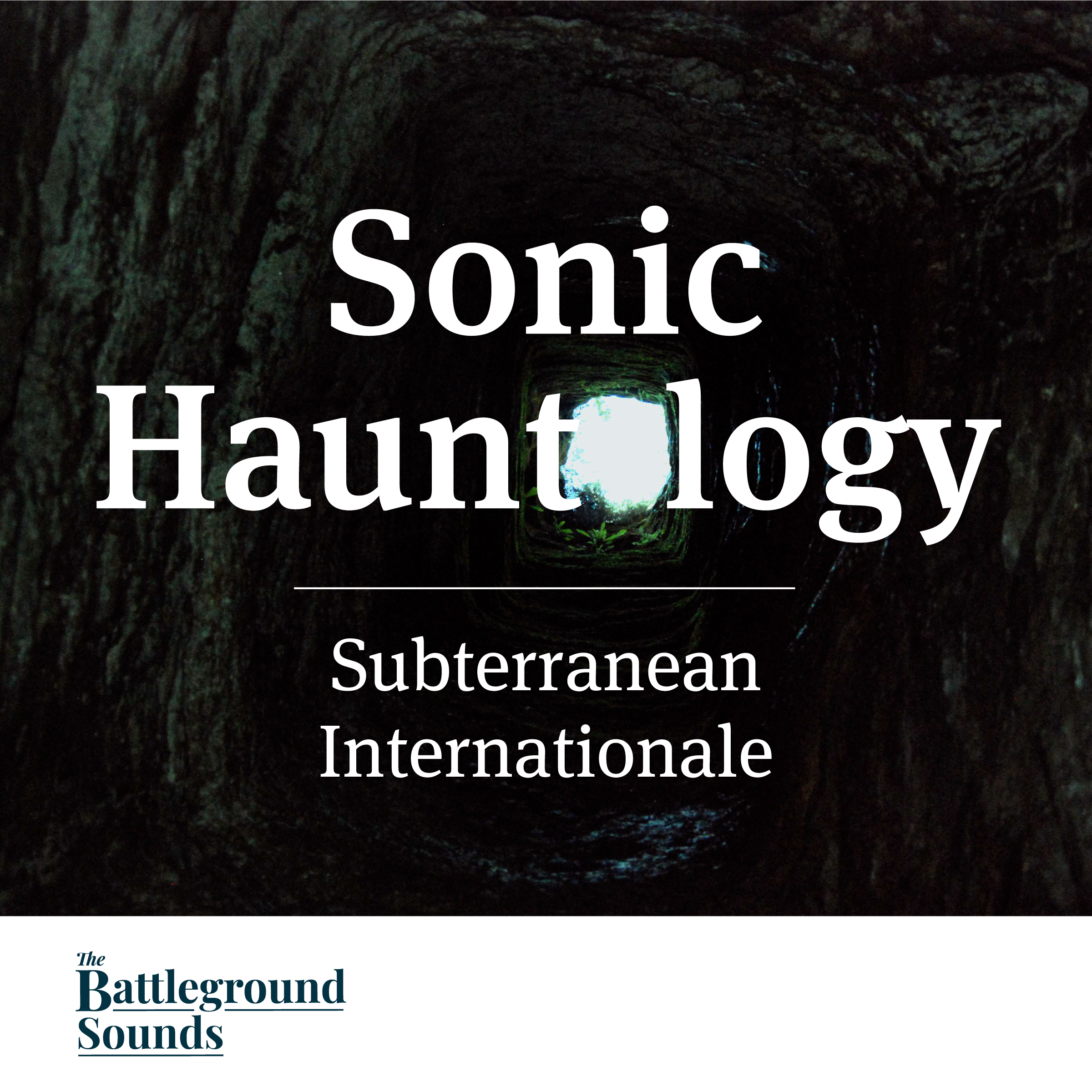 Although field recordings have long been used to provide auditory texture for music for many decades and have, indeed, become increasingly important as handheld recording technology has improved, it is unusual for them to take center stage. When they do, it is typically for purposes of reportage, to document the way a particular event sounded.

Taking advantage of his remarkable range as a composer and producer, Mesinai breaks with precedent by decontextualising his source recordings, rearranging and overlaying them into “mash-ups” that do not document particular experiences, but rather reconstruct them into something more abstract, unsettling to the precise degree that it resists being located in a specific place and time.

Compiled both from field recordings that preceded the Coronavirus pandemic and ones made during its peak, often overlapping each other, Sonic Hauntology turns them into a new form of Expressionism, communicating a vivid inner reality, rather than the external sort that is rendered numb by quantification.

The tracks on Sonic Hauntology feel somewhat like an image that has blown up and processed over and over, until it no longer represents anything concrete. While the documentary impulse has often been expressed through the artful use of montage techniques, it is rare for it to attain this level of abstraction.

In a sense, the record’s “songs” are haunted by this foreclosure of their source material. Although we know that the sounds we are hearing must have come from somewhere, they have broken through to the other side, freed from the compulsion to bear witness.

This quality is especially pronounced if you listen to the album “cold”, concentrating on the way it sounds without worrying about why it sounds that way.

We hear human voices, but with their utterances stripped of semantic content. Assorted clicks, hums, beeps, and squeaks tell us that we are in realm where technology makes its presence felt, and where the dub-like use of EQs and drop-outs sounds natural.

Sometimes we hear rain, sometimes a train, and sometimes find ourselves in a the liminal space where their distinctive sounds overlap to the point of making the distinction irrelevant.

It’s low-key terrifying, a testament to the pandemic’s psychic toll, when people experienced a profound sense of dislocation, despite being confined to the places they knew best. Paradoxically, extreme restrictions on liberty of movement inspired a sense of rootlessness, the realisation that we are most at home when we can move about freely.

To be sure, the album provides enough information for listeners to figure out what they’re hearing, more or less: airports in Europe, storms in the city, a casino in Montreal, the New York subway.

It’s in that “more or less”, however, where Mesinai’s artistic achievement looms largest. By using his wizadry with audio technology to free his recordings from the historical record – and from the confines of the recording studio – he takes us into thrilling new territory.

Sonic Hauntology invites us to reflect on the meanings we ascribe to sound and the anxiety generated when we confront sounds without any readily discernible meaning. It’s music, if you want to call it that, founded on fear.

We find it difficult to think about sound without also thinking about sight. Even individuals who regard it as a sacred mission to purify sonic theory must put it through a filtration process.

Every noise we hear must have a discernible and simple visual corollary. Particularly when it comes to field recordings, for which the ideology of cinema verité is foundational.

Consider the simplest distinction between the way we take in a scene. The human field of vision is limited. Although movement can be perceived out of the corner of the eye, facilitating a roughly 180-degree awareness at any given moment, any further expansion of that field requires rotation and the reframing that follows.

Sound doesn’t work that way. Sound is always all around us. Although we might struggle to determine where, exactly, a particular sound is coming from and from how far away, we find ourselves at the center of a field that extends outward in all directions, with the capacity to pick out detail from many miles away.

All of this we take for granted, unless disability limits us. And since theory has a way of transmuting ideals into norms, thinking about sound tends to take it for granted anyway.

But that taking-for-granted makes it difficult to register the full impact of the difference between sound and sight. In particular, we struggle to comprehend what it means to hear so many things what we cannot presently see.

Vision holds a privileged position in most cultures – and has done so, in most cases, for a long time – leading reports from other senses to be considered supplementary.

This has had a profound impact on the way we situate ourselves in our surroundings. Point of view takes precedence over point of capture, the constraints on sight over the obstacles that other senses contend with.

Instead of trying to conjure an auditory equivalent, binding his source material to a particular point in time and place, Sonic Hauntology frees itself from the compulsion to serve as a historical record.

Yes, the tracks on the album communicate certain aspects of life today, sounds that will one day make their datedness perceptible, a record of the pandemic’s massive impact. But that is not their primary function.

What makes Sonic Hauntology so jarring is the way it comes across as a commentary on the psychological impact of the Coronavirus crisis.

It doesn’t need to exclusively use documentary recordings to make that point. It’s can also be about how we hear the present in light of the past, albeit a not-so-much better one.

In that sense, Sonic Hauntology serves as an avant-garde op-ed, in collage-like fashion drawing on documentary source materials to make an extra-documentary point.

Not to mention that it provides an example of how a conservative genre can stretch the idea of field recordings in more ways than one, to function as something other than audio journalism.

Opinion is not just about the choices of subject matter we make in recording. It’s also how we present them, to best approximate reality as we experience it.

Sometimes that means breaking the rules for how we usually represent things, to get at the heart of how complex and heartbreaking reality can actually be.

That explains Mesinai’s title. Sonic Hauntology conjures specters from concrete sounds. It teaches us how to discern the traces of the dead among the living, listening for their ghosts in the din of the city.

Krzysztof Kieślowski’s 1976 film The Scar, which chronicles the construction and operation of a large chemical factory, breaks many of the rules that had governed narrative cinema since the silent era. END_OF_DOCUMENT_TOKEN_TO_BE_REPLACED

The Russian government is awarding prizes to Macedonian writers. END_OF_DOCUMENT_TOKEN_TO_BE_REPLACED

The 1970s was a decade of broken dreams. The end of the postwar boom brought to a close the era of middle-class liberalism in Europe and North America. END_OF_DOCUMENT_TOKEN_TO_BE_REPLACED