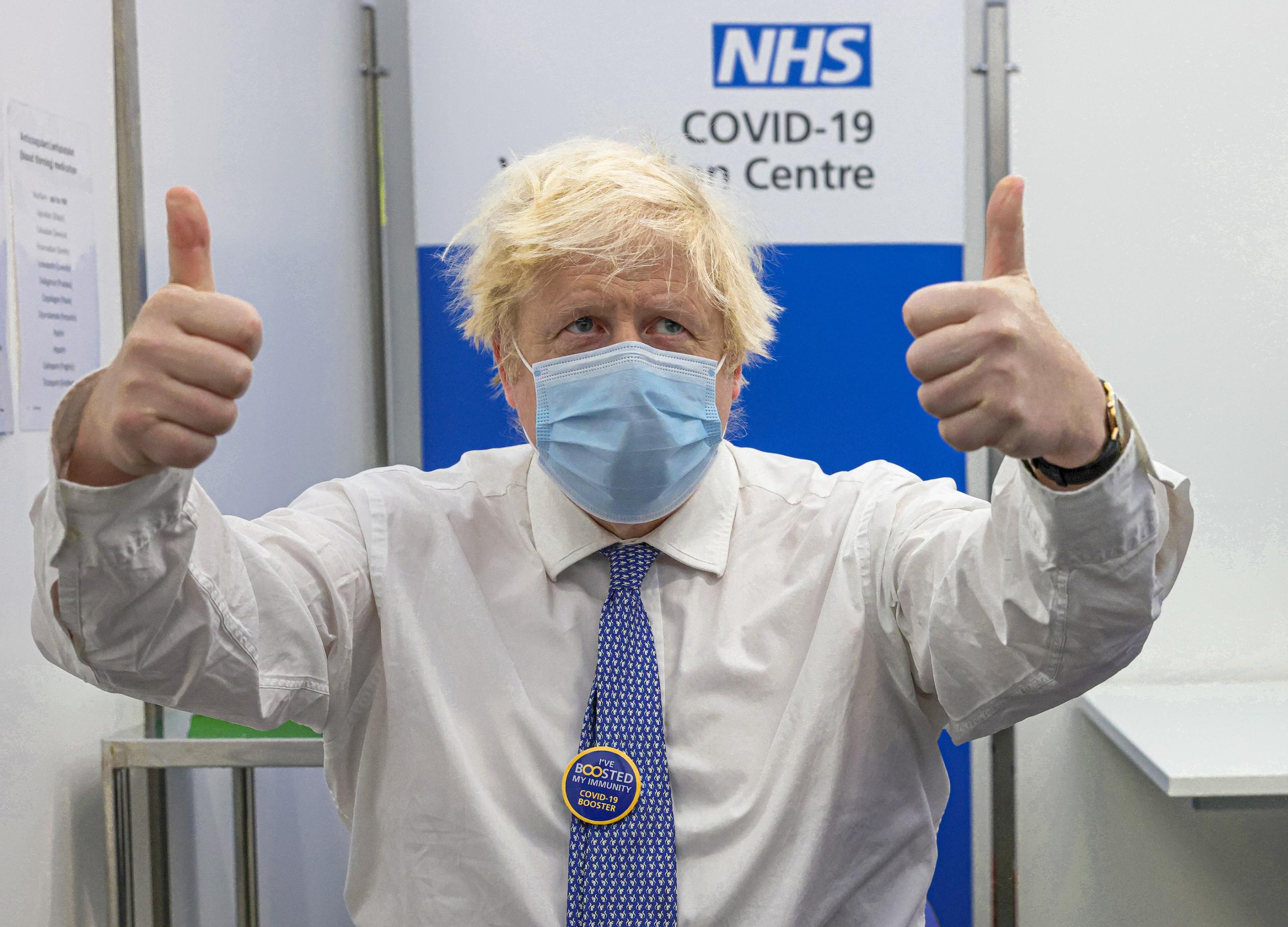 The magazine was the publication of the Thatcher era.

It looked like The Spectator was set to return to the forefront of British politics in 2019.

After all, its former editor Boris Johnson had seized the Tory leadership and won a landslide majority.

Johnson looked unstoppable and he was surrounded by former Spectator editors and contributors, including Dominic Cummings and Michael Gove.

This is why Robert Shrimsley described the government as a “Spectocracy”.

But it was the Cameron government that first brought many of these very people into the heart of government.

The difference in 2019 was that Brexit had given new dynamism to the Conservative Party, but this is a part of a much longer story.

Founded in 1828, The Spectator was defined early on by its father, the Scottish liberal Robert Stephen Rintoul.

The publication backed the 1832 Reform Act to overhaul the electoral landscape of Britain and expand the franchise to ‘qualifying’ men (while explicitly excluding women).

The Spectator went on to support the abolition of slavery in 1833 and later backed the North in the American Civil War.

Yet the publication was a die-hard fan of 19th century Liberal Premier William Gladstone, who came from a slave-owning family and supported the Confederacy.

Later, such writers as Thomas Hardy, Rudyard Kipling and Arthur Conan Doyle would join the magazine.

That being said, The Spectator loathed Charles Dickens as a ‘popular’ writer.

Although the magazine is synonymous with the Conservatives today, The Spectator was closer to the Whig Party and the aforementioned Liberals before becoming a stolid Conservative outlet in the 1930s.

The Spectator has come a long way from those days. The magazine can now boast that it publishes the likes of Rod Liddle – a man who once punched his pregnant girlfriend.

This sorry decline says more about our media class than it should.

Boris Johnson is far from the first figure associated with The Spectator to reach high office. He’s not even the first to enter 10 Downing Street.

Another Liberal Premier, HH Asquith, was a Spectator contributor until he resigned over its opposition to Irish Home Rule.

Despite the magazine’s political heritage, The Spectator spent a good portion of the 1920s and 1930s flattering Mussolini and supporting appeasement.

However, the publication was very different by the 1950s and 60s.

Editor Ian Gilmour gave it a pro-European libertarian streak that made it stand out against the grey background of post-war Britain.

On Gilmour’s watch, the magazine called for the end of the death penalty and opposed the British invasion of Egypt.

Honouring the best side of its history, The Spectator campaigned in 1957 for homosexuality to be decriminalised. This resulted in some people calling the magazine “the bugger’s bugle”.

Gilmour was succeeded by two Tory politicians, Iain Macleod and Nigel Lawson. He himself went on to join Parliament.

The magazine remains very much a part of establishment Conservatism whether or not it has always reflected the status quo.

Pro-European in the 1950s and 1960s, The Spectator became one of the few publications to oppose the Common Market in the 1970s.

It was also the only mainstream magazine to do so during the 1975 referendum. But this was not its defining moment.

The Thatcher era was when The Spectator became a zeitgeist publication. An inexperienced editor, Alexander Chancellor, would give it the style and flair it still has today.

Chancellor brought in writers like Jeffrey Bernard and Taki Theodoracopulos. The latter is still causing controversy over 40 years later.

Charles Moore, who was just 27 at the time, would take over from Chancellor in 1984. He made the magazine much more explicitly Thatcherite.

Moore would later become Thatcher’s biographer. Once Thatcher left 10 Downing Street, Moore moved on too, for The Telegraph.

Ever since, The Spectator has sought to redefine itself just as the Conservative Party has never quite got over the Thatcher years.

The year 1997 was a turning point in Britain, but also for The Spectator.

The Conservative government was swept from power. John Major was out, Tony Blair was in. A new fraud was in town, and so a new fraud would run The Spectator.

By now, The Spectator was no longer at the forefront of British political discourse. The Thatcher era had remade the UK and the magazine was no longer cutting edge. The magazine found it was replaced by Prospect.

Much like the Conservative Party itself, The Spectator was rudderless in the Blair years and Johnson pivoted to shock value.

He plotted with traditionalist conservative Peter Hitchens to challenge Michael Portillo for the safe Tory seat of Kensington.

During a Conway Hall debate that year Christopher Hitchens endorsed his brother’s bid for the seat on the grounds that he “would put the fear of the risen Christ into the Blairites”.

Johnson also published controversial work for the sake of it.

He published some of Taki Theodoracopulos’ more egregious outbursts, including his comments that ‘Orientals’ have “larger brains and higher IQ scores” compared to black people.

Taki, as he is frequently called, still contributes to the magazine. His work has often strayed from lifestyle journalism into the political realm.

Theodoracopulos has penned column inches supporting Greek fascist organisation Golden Dawn and even calling on readers to sympathise with the Wehrmacht.

‘Johnson has form when it comes to anti-Jewish hatred. As editor of the Spectator he chose to publish articles in which the notorious racist Taki Theodoracopulos boasted of being “an antisemite”’https://t.co/qK0dpZngUu

During his editorial tenure, Johnson cultivated edgelord writers, bringing on such characters like Rod Liddle and Toby Young.

This was where Johnson probably met Dominic Cummings, who became the magazine’s online editor.

Johnson presided over the magazine until 2005 when he decided to return to politics. His long march to Downing Street had only just begun.

Name a magazine that Boris Johnson was a contributor to and editor of. https://t.co/wrFq2WutCL

— Not all men want to see the world burn Alfred (@asbestosmoth) December 9, 2021

Britain’s future premier would pivot away from his libertarian leanings to safety-first liberal to win the London mayoralty.

Meanwhile, the Conservative Party was shifting towards its own form of Third Way centrism. David Cameron and George Osborne jet-washed the party of the sleazy, nasty reputation it gained in the 1990s.

Johnson’s run for London mayor was another phase of this strategy. He managed to beat Ken Livingstone in a Labour-majority city because he could appear as a non-political, comic figure.

But this was far from the end of the story.

The transformation would come full circle in 2019 when Boris Johnson walked into 10 Downing Street as the former frontman of the Leave vote. He would bring with him Spectator contributors as key allies.

Far from the magazine of Victorian liberalism, The Spectator saw its old editors and contributors taking part in a populist government that was not afraid to spend big bucks in a time of crisis.

The key to understanding the insatiable fury of Dominic Cummings is, I think, that he married an aristocrat, got a job on the Spectator (where she holds a senior position), courted *all* the secretly-funded ‘think tanks’ but still couldn’t get in to the ‘pundit class’. Poor Dom. https://t.co/osJRbzg5ks

The Johnson government is facing a lot of anger from right-wing critics over its response to COVID-19.

The Christmas party scandal is just a focal point for rising disillusionment with the premier.

In an environment where the opposition has been foreclosed, the British right may be the only force capable of forcing change in this government.

What it will take is another matter. More than 100,000 deaths were not enough, but a Christmas party might be the last straw.

Right-wing Leavers wanted a conservative revolution that would rejuvenate the body national. Yet this was always an impossible dream.

It was inevitable that the pro-Brexit right would be disenchanted with Johnson. Contradictory ideas of national sovereignty, traditional culture and market forces were always going to clash.

The failure was built into the project long before the beginning of Brexit talks. But maybe this was always the plan.

People like Dominic Cummings thought they could use Brexit to kill off the issue of immigration and transform British society. The point was to entrench power, not to do away with it.

It’s clear that Johnson doesn’t care either way. He just wanted to be premier no matter what and he will cling to power for as long as he can.

The anti-government Tories around him have been fuming for over a year. But they were stupid enough to believe him.

Now The Spectator is just one part of the right-wing press that yearns for new leadership in the Tory hierarchy.

The good news for those of us who loathe the Tory party-state is that there is very little talent in the Conservative establishment.

The bad news is that the official opposition is worse than useless.

The Labour Party presents no alternative because it is afraid to do so after the devastating defeat of 2019.

The Johnson era may yet end in turmoil, but the victors will be right-wingers waiting in the shadows.

Foucault once suggested that Clausewitz’s famous observation, “war is not merely a political act but a real political instrument” carried out by other means, be reversed, with politics made an extension of war. END_OF_DOCUMENT_TOKEN_TO_BE_REPLACED

Brexit will turn three on the last day of January, over six years since the 2016 referendum kickstarted Britain’s race to the bottom. END_OF_DOCUMENT_TOKEN_TO_BE_REPLACED

Be careful what you wish for. It may be a cliché, but it’s one the Greens are learning all over again. END_OF_DOCUMENT_TOKEN_TO_BE_REPLACED