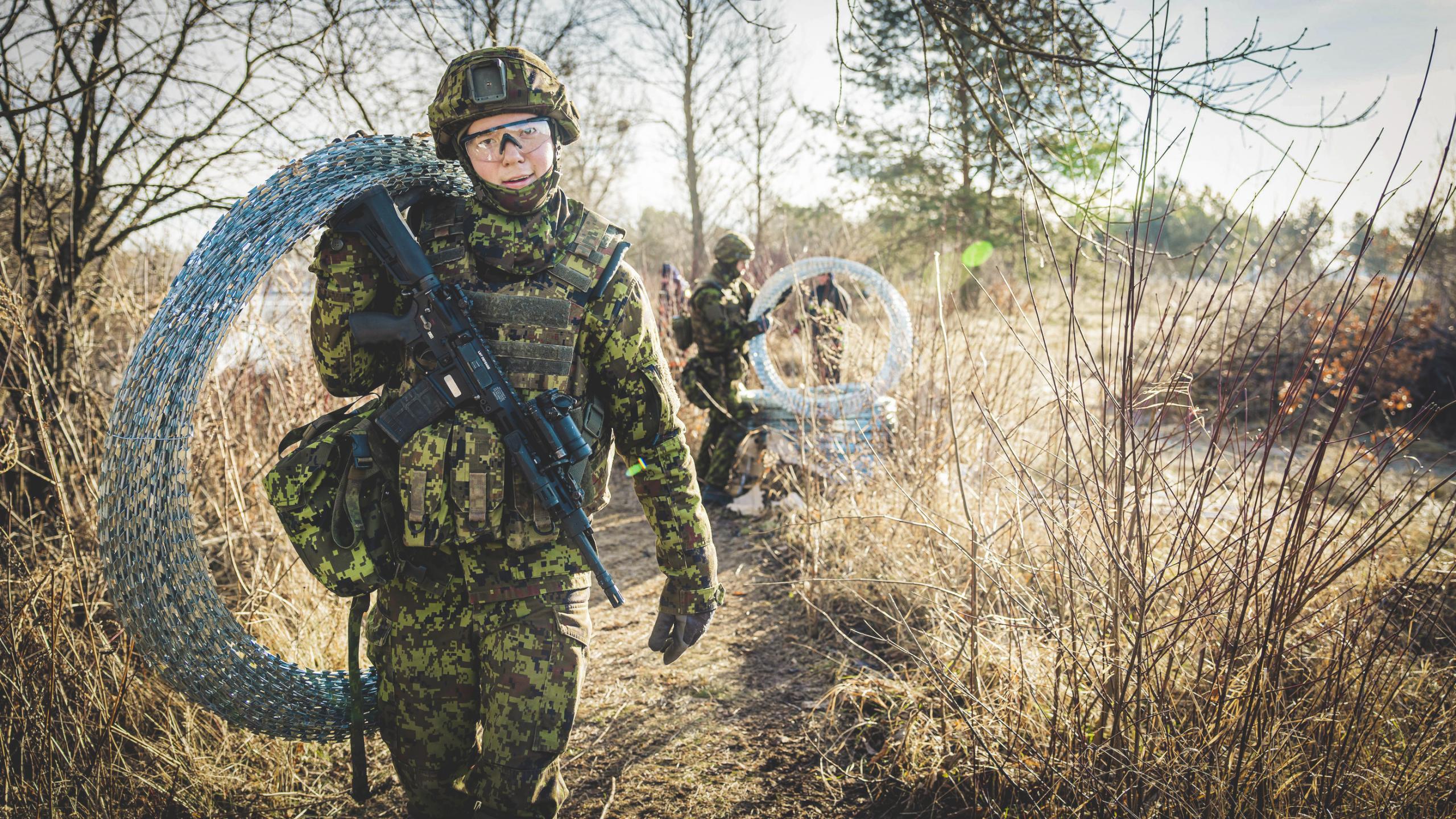 While guitars blast the same note and drum beats reinforce their frenzied drone, a saxophone ascends halfway up a scale, then does it again.

It’s like starting the day with a triple espresso. You shudder for a second, but then are ready to go. And what a ride it turns out to be.

Test Systemu never lets up, delivering one powerful song after another, politically engaged without ever feeling pedantic.

During the past few weeks, I’ve been listening to it over and over without ever getting bored. The better I get to know the record, the more excited I am to hear what comes next.

This is in spite of the fact that the music is relentlessly dark. Even if the band hadn’t made English translations of its lyrics available, the rage and despair in these songs would come through loud and clear.

But knowing, more or less, what Baraka Face Junta are singing — more often half-singing, truth be told — helps to give that feeling shape.

They aren’t simply expressing their dissatisfaction with an amorphous status quo, as punk bands have been doing since the mid-1970s, but with what their native Poland has become over the past two decades, particularly since the PiS (Law and Justice) party returned to power in 2015.

“Jebać Miłość” (“Fuck Love”) addresses the casual expressions of hatred that have crept into civic life there, using literal examples of graffiti to demonstrate that the “writing is on the wall” for Polish democracy.

But recognising the necessity of this task faces doesn’t mean that it will be undertaken with sincerity.

As the final stanza indicates, contemporary Poland may have passed the point of no return. If it were possible to be “born into this world again”, the vocals declare, better to be born somewhere else.

Because all the lyrics on Test Systemu are sung in Polish, however, this rejection of Poland is clearly not absolute.

The impression, rather, is that Baraka Face Junta is imagining a doubling like the one that took place during and after World War II, when a government-in-exile sought to undermine first the German occupation and then the communist regime that mostly obeyed Moscow’s command.

The difference now is that this would be an internal exile, drawing inspiration from the resistance movements that kept the idea of Poland alive when the great powers to its east and west had wiped it from the map, but also the suppressed traditions that weren’t honoured by any state.

My body is the subject of politics

My body is the subject of scholars

My body is the subject of priests

My body is the dispute

They aimed the hammer at us

And customs at us

They didn’t manage to burn

In English translation, these sound like the lyrics of a Riot Grrl band from the early 1990s, like Bikini Kill or Huggy Bear. But the historical context changes their implications.

Whereas Riot Grrl groups were largely fighting to prevent women from losing freedoms they already enjoyed, anticipating a future worse than the present, Baraka Face Junta is addressing a situation in which women have already lost substantial ground since 1989 and in which the persecution of religious and sexual minorities has become government policy.

Although the near future promises to be even worse, amid the destabilisation caused by the pandemic, internal conflicts within the European Union, and Russia’s increasingly bellicose foreign policy, it’s hard to feel nostalgia for very much of Poland’s past.

For Baraka Face Junta and like-minded Polish artists, the decade leading up to 1989 and the first few years after the Eastern Bloc disintegrated stands out as a time when, despite the continuing political oppression and economic stagnation of the communist government, it was at least possible to believe that radical movements were destined to make society more tolerant and free.

Not coincidentally, this is also the period that the band hearkens back to aesthetically.

That’s when their major influences — which Baraka Face Junta acknowledge matter-of-factly in their press kit — such as CRASS, The Ex, and the Dog Faced Hermans were making an impact with politically engaged punk, both self-consciously anarchist and experimental.

Bands like these had a significant influence in Poland at the time. Whereas they struggled to achieve mainstream recognition in Western countries dominated by corporate media, their Polish imitators managed to become surprisingly popular.

Indeed, Poland was one of the few places where punk actually had a meaningful impact on traditional politics, as opposed to mere consciousness-raising.

While the most successful bands had a more straightforward sound and less complex politics than Baraka Face Junta, there was enough variety in Polish music culture then for them to look back on that era, if not as a golden age, as one that at least glinted with hope.

That’s why I suspect that the band wouldn’t mind someone listening to Test Systemu as a kind of tribute album, honouring a past when the future still promised something better.

“TV Narodowa” (“National TV”), the track whose message seems most dated to my American ears makes perfect sense in this regard. At first, it sounded to me like an indictment of the state-controlled media of communist Poland:

Look, the chairman is happy

Boy are those nationalists

But when I examined the lyrics more closely, I realised that this sense of datedness must be the band’s point.

The communists may be long gone. But the totalitarian state that suppresses dissent and persecutes minorities has returned with a vengeance. And it has Roman Catholicism on its side: “National TV tells me/To be afraid of refugees/National TV preaches/One church”

In Poland, it has proven especially dangerous, made worse by the fact that Poles have legitimate historical reasons to fear for their autonomy, not to mention the growing threat that Russia may seek to punish them for becoming a fortress state of NATO.

The desire to protect their country from foreign powers has a way of turning into the desire to make an example of “foreigners” who have very little power.

Again and again, Baraka Face Junta urge their audience to resist this urge with heart and head.

Although this may amount to preaching to the converted — as so much self-consciously political art does — their music has the power to sustain spirits that have been beaten down by the tide of recent history.

It’s a paradox. Even as their songs testify to everything that has been going wrong in Poland, the passion and purpose with which they are delivered remind us that there is still something right there.

Just as the work that Polish artists produced under communism inspired Western artists overwhelmed by an excess of opportunity, so does the music of Baraka Face Junta have the potential to inspire their counterparts in the “Free World” of today.

Korean-German philosopher Byung Chul-Han is the quintessential postmodern figure. Having to come to Germany to study metallurgy, he switched fields and mastered the argot of German philosophy. END_OF_DOCUMENT_TOKEN_TO_BE_REPLACED

François Truffaut’s  The 400 Blows is one of cinema’s all-time classics, the 1959 film that demonstrated how deftly a new generation of French critics could transform themselves into the filmmakers of la nouvelle vague. END_OF_DOCUMENT_TOKEN_TO_BE_REPLACED

Everyone has something to say about the violence at the 2022 Oscars, whose host called “the greatest night in the history of television”. END_OF_DOCUMENT_TOKEN_TO_BE_REPLACED