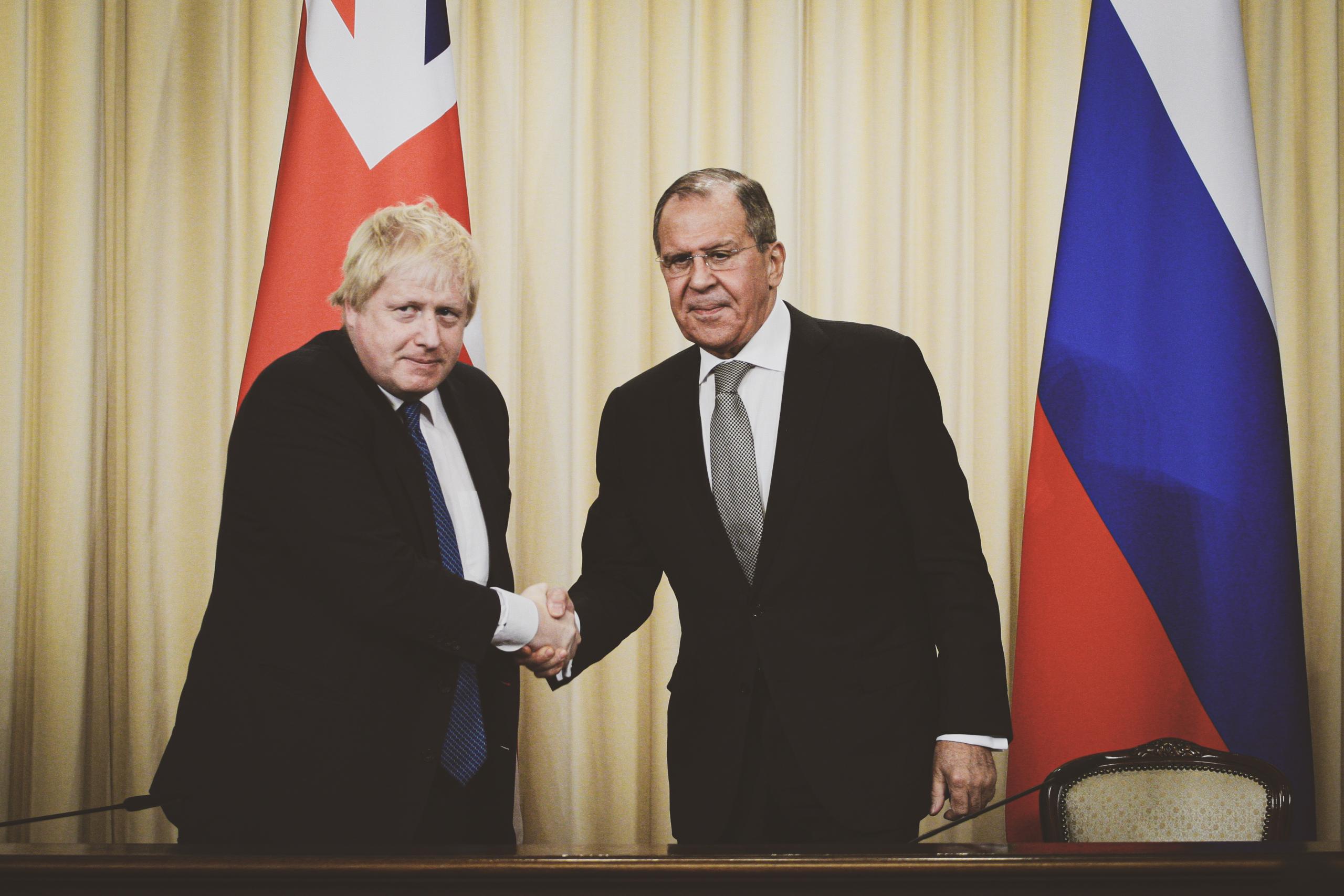 Operation Save Big Dog, as Tories are calling it, now extends to foreign policy.

Some people will balk at this reading.

They will insist that the prime minister is genuinely fearful of war in Eastern Europe. They will claim that the premier is doing his best.

Of course, Johnson would never use an international crisis to distract from a scandal. The timing is just a coincidence.

All critics will be condemned for raising the criticism. It’s disgusting to suggest that BoJo is anything other than an honourable man who means what he says.

Meanwhile, the reality is very clear to most sensible human beings.

Politicians have always seen opportunities in war. Indeed, most are waged by opportunists seeking a military solution to their political problems.

Particularly when their governments are on life support, like Britain’s.

Few would argue that the Ukraine crisis couldn’t have come at a better time for Boris Johnson.

With both the opposition and members of his party demanding he step down, it’s tailor-made for the prime minister’s requirements.

Never mind that it threatens a third world war, the likes of which not even the Cold War could bring about. The difference, this time, is Europe.

At no point between 1945 and 1989 was a conflict on the continent this close. Vietnam and the Arab-Israeli conflict always confined it to the Global South.

Nevertheless, the idea that the war could save ‘Big Dog’ seems a touch absurd. Once again, BoJo is too self-absorbed to see that he’s over.

The Tory establishment has already decided his fate. It’s just a matter of time.

It’s not like the UK will go to war with Russia if Putin decides to invade Ukraine.

The Johnson government is just posturing by sending arms to Kyiv and mooting more troops for NATO.

For example, Ukraine doesn’t use the Swedish-made anti-tank missiles BoJo has been making such a big deal out of dispatching.

It will take time for their troops to learn how to fire them. At best, they’ll be used in a future conflict, not when they’re most needed, now.

More likely, the Russians will capture the British kit, and make a public point of using it on Ukrainian forces.

So, even if Russia invades, such emergency aid could work against Boris.

Especially when British forces inevitably get sucked into the conflict, because the Ukrainians lack the equipment they need to defend themselves.

Don’t mention Germany, and its fawning, centre-left government, vilified by the tabloids for not showing the UK’s resolve.

Johnson will still make the UK look weaker in the end.

This looks like the kind of chess move someone would make when they have no game plan.

Still, BoJo is throwing everything he can at this scandal.

Doing away with masks, social distancing and vaccine passports, throwing the army at migrants, abolishing the BBC license fee and freezing its funding.

Boris Johnson is appealing to every right-wing grievance in the book.

Why not just resign? After all, Johnson can make a lot more money in the private sector. His salary of £160,000 is just not enough for him.

The problem is that BoJo has always dreamed of being king. It’s often pointed out that he talked of being world king as a child.

Boris is only invested in wielding power for its own sake. Just like during his time as London mayor, he wants the title and his place in the history books.

Britain’s prime minister doesn’t care about policy or ideas and he never has.

This was a key part of Boris’ anti-political message to the country in 2019: “Get Brexit done.”

The message can be translated as “let’s end politics and you can all switch off again”.

Of course, BoJo was never going to enact the radical free-market fantasies of the Tory Leave campaigners.

Even the great intellectual Dominic Cummings could not see the betrayal coming.

Neither could a thousand other Tory opportunists involved in this wretched government.

The base is a different story. Many Tories who voted to get Brexit done had no illusions about Boris Johnson delivering a free-market utopia.

Their priority was borders and sovereignty, even at the expense of prosperity. Not liberating big business from red tape and taxation.

A lot of Leave voters just wanted to take a stick to Johnny Foreigner. Brexit helped to make their racism relatively acceptable again.

BoJo’s’s problem is that he could care less. While he sympathised with their Letterbox politics, his decadence has always taken precedence.

That’s why he didn’t think twice about getting caught partying with his chums, while his subjects were dying by the thousands from COVID.

It’s a tremendous blind spot for someone with such an overwhelming will to power, that they would not do a better job of covering for themselves.

But hedonists often fall victim to their impulsiveness. History is littered with examples of leaders who failed to restrain themselves.

Ukraine is not a country many British people care about.

Very few British journalists would be talking about the country if it wasn’t bordered by four NATO members and the Russian Federation.

This mirrors the reasons world powers have a stake in the Ukraine conflict.

From a Russian perspective, Ukraine’s loss remains incalculable, particularly given how thoroughly integrated it was in the Soviet economy.

From its agricultural to industrial sectors, and massive, educated workforce Ukraine was essential to the stability of the USSR.

The Kremlin sees it as equally important now, and key to recovering from debilitating Western sanctions and permanent recession.

Hence the Russian government’s repeat messaging about the crisis being about NATO encroachment. It’s a much easier sell.

This is why the Cold War casts such a long shadow over the present tensions and why it’s being spun this way.

Not just for Moscow, but Boris Johnson. No European country has made a bigger show of solidarity with Ukraine than the United Kingdom.

The issue is the cynicism of the gesture.

The UK dares to involve itself because Boris Johnson needs a distraction, not because it needs to protect Ukraine from Russia.

The British military establishment may be invested in the idea that NATO expansionism is a just cause that will prevent Russian aggression.

It should be careful not to allow itself to serve as an instrument of the prime minister’s survival. A third global cataclysm may be in the offing, after all.

Whatever happens next, Johnson is likely doomed and the Ukraine crisis will continue.

Should war come, imagine how shamed all the Brexit boosters will feel when the casualties start to add up.

They campaigned to leave Europe, only to have their leader send them back, albeit as soldiers, with everything to lose.

Brexit will turn three on the last day of January, over six years since the 2016 referendum kickstarted Britain’s race to the bottom. END_OF_DOCUMENT_TOKEN_TO_BE_REPLACED

Be careful what you wish for. It may be a cliché, but it’s one the Greens are learning all over again. END_OF_DOCUMENT_TOKEN_TO_BE_REPLACED

Before his arrest, Andrew Tate was just another influencer with bad politics. END_OF_DOCUMENT_TOKEN_TO_BE_REPLACED