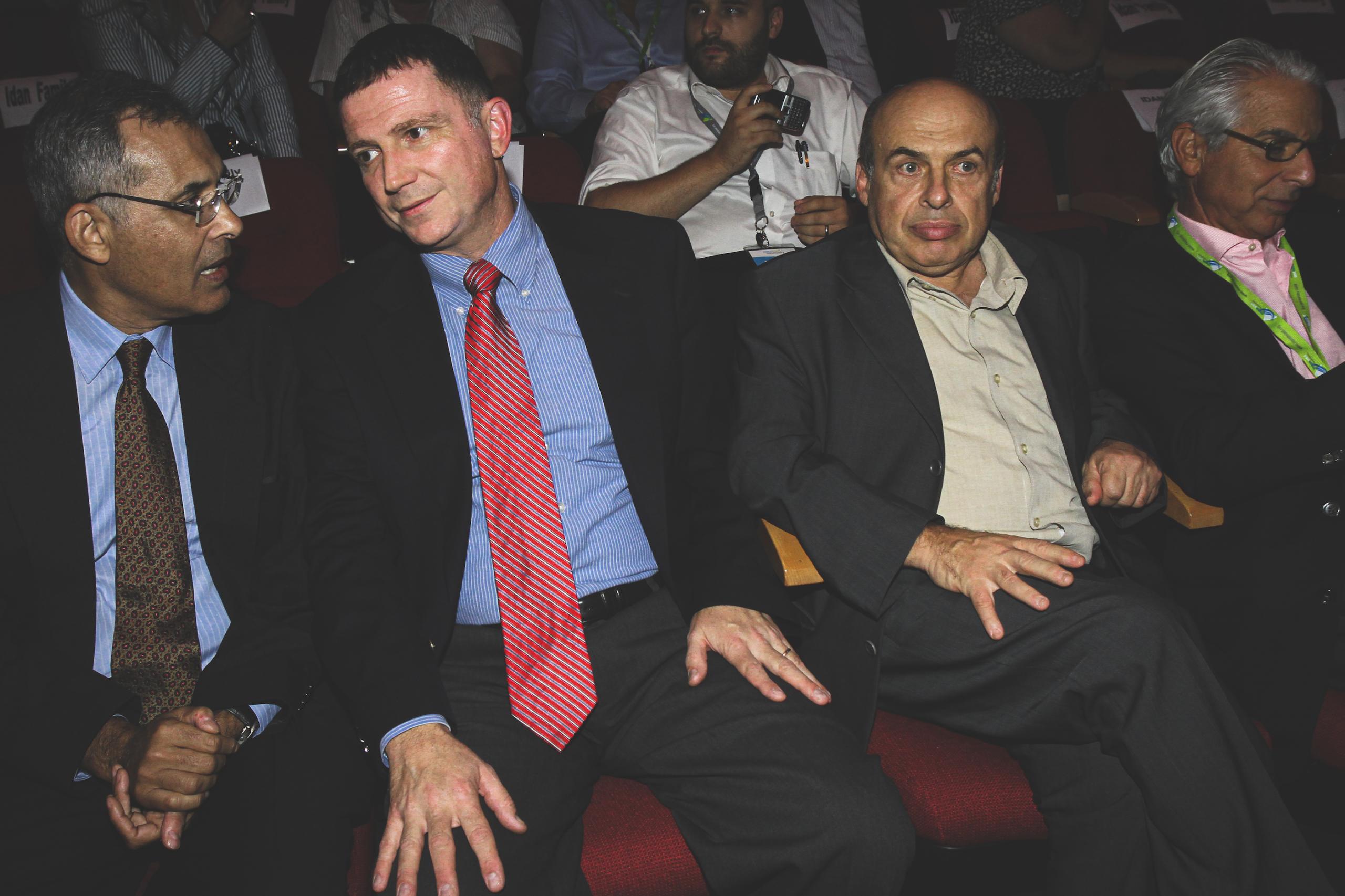 A retired sociology professor, my father’s cousin was often the first in our family to offer such opinions.

Outspoken in her defence of Mizrahi (Middle Eastern) and Ethiopian Israelis, her scepticism about the Russians was not surprising.

Ever since Mikhail Gorbachev first let Jews leave the USSR in the late 1980s, the near million who arrived over the next decade were a far cry from the violin-carrying stereotype of the time.

Working-class, mostly secular Jews, their politics were often closer to the conservative, sometimes nationalist profile of post-communists like Vladimir Zhirinovsky we were reading about in the news.

The anxiety was legitimate under the circumstances. The year was 1994, and the country was fraught with tensions between right and left over the Oslo Accords, signed the previous year.

That a Mizrahi law student, raised in an Orthodox Yemenite family, would assassinate Israel’s prime minister for signing the agreement the following year, complicated such pictures.

Until that point, the stereotype of American settlers, of Eastern European background, like Baruch Goldstein, who massacred 29 Muslims in Hebron’s Tomb of the Patriarchs in 1994, held sway.

Still, Russian migrants did little to dissuade their Israeli caricatures, often giving their votes to parties opposed to the two-state solution, and standing out in conservative politics.

Minister of Finance, Israel Beitenu chief Avigdor Lieberman, is perhaps the best-known, along with ex-refuseniks Yuli Edelstein and Natan Sharansky, who co-founded Israel B’Aliyah in 1996, a right-wing Russian party which has since merged with Benjamin Netanyahu’s Likud.

Even though the era of mass immigration from the former USSR ended in the late 1990s, to this day, the Israeli press will run features on the uniqueness of the Russian vote, as though they had only just arrived in the country.

2013, however, is probably the best year for English-language coverage of how the Russian electorate had matured.

True to my cousin’s 1994 warning, Russian immigrants had succeeded in tilting Israeli politics further right, helping elect Benjamin Netanyahu to office in 2009, and keeping him there until 2021.

Security anxieties proved to be the decider, according to a 2013 BBC feature. The chaos that followed the USSR’s collapse translated into zero tolerance for a peace agreement.

Give the Palestinians what had been promised to them under Oslo, and Russians would be returned to the chaos that forced them to immigrate to countries like Israel.

Afghanistan and Chechnya hovered in the background and informed this predisposition, though this got a lot less time in the press. Particularly concerning the Islamophobia Russian Jewish immigrants often brought with them, many of them having served in both conflicts.

But disenchantment with the USSR’s socialist politics proved no less important, helping drive Russian Jews into the arms of Thatcherite parties like Netanyahu’s Likud. Never mind that Israel’s leftist parties are similarly market-oriented, though not to the same fundamentalist degree.

For many Israelis like myself, the combination of factors pushing Israel rightwards already existed without the Russians. The country’s neoliberal turn, which began in the late 1980s after a period of repeat economic crises, had already set the stage for the end of socialism in the country.

Likewise, the peace process, for all of the positives it might have accomplished, would never have delivered the hoped-for two-state solution, setting the stage for future conflicts with the Palestinians, like the Al-Aksa Intifada, and the Gaza wars of the past sixteen years.

What Israel became since the Russian mass immigration of the 1990s, would have happened anyway, just a bit slower. The other big Jewish community, the Mizrahim, turned rightwards, towards the Ultra-orthodox Shas party and Likud, as well.

Still, Mizrahi Israelis catch a break where the Russians don’t. Their turn towards Ultra-orthodoxy and political conservatism gets more understanding from the left, because of widespread agreement about the prejudice Middle Eastern Jews have been subject to in Israel.

From spraying Yemenite immigrants with DDT and giving their babies away to European Jewish families, to discrimination in work and housing opportunities, Mizrahi Jewish politics are a very obvious product of Ashkenazi racism, including from the leftist parties who held power until 1977.

The Russians receive less consideration because they’re Europeans, who brought with them better educations and more leftist backgrounds, at least for those who grew up in the USSR. Though they lived with intense Antisemitism, Russian Jews had a lot more opportunities.

So, to see them arrive in Israel, and team up with some of the country’s worst parties, was difficult to digest. But, culturally it made sense, long before the community became a fixture on the right.

I remember once witnessing drunk Russian men yelling racist epithets at Mizrahi women in Yafo, calling them dirty Arabs, in broken Hebrew and English. An Israeli who spoke Russian intervened, telling them the women were Jews but got himself punched in the jaw for getting involved.

The Russians were convinced they’d found the enemy and wouldn’t let anyone get in their way. It was a remarkable and glaring example of inter-Jewish discrimination, but one which betrayed a whole host of other social problems Russians were having to adjust to, like Jewish diversity.

My then-girlfriend, who I’d brought to Israel from the United States to meet my parents, said it was a very colonial scene. “The Russians treated the women like they were natives who needed to be humiliated,” she said. “Whoever thought Jews could treat each other that way.”

From a Palestinian perspective, this was business as usual. Zionism has always been this way. Jews would abuse Jews because colonialism can’t exist without segregation and is blind to the cultural ties that often unite multicultural settler communities, not just their indigenous subjects.

And yet there’s something particular to the Russian Jewish experience that makes it this way before Zionism gets the inevitable bad rap. When it comes to explaining Israeli misanthropy, the events used to explain it always point to the Nazi genocide and Hitlerian Antisemitism.

Very few refer to the experiences of Jews living outside Germany, like in the Pale of Settlement and how Russian Antisemitism remained a constant from, say the Russian empire in the 17th century to the post-Soviet 1990s. The politics doubtless changed, but not the racism.

As loath as I am to emphasise the importance of Antisemitism in explaining Russian Israeli politics, I am equally mindful of what’s just Russian about it. The trauma that the Russians I knew in Israel used to carry around with them was remarkable, unequalled, in some respects, by others.

It was both Russian and European, feudal and communist, capitalist and fascist. Russian Jews bore all the hallmarks of everything that had taken place in greater Russia, in one way or another, akin to someone who’d be hit by a car repeatedly or unsuccessfully smothered for a long time.

Yes, they could still breathe, but they had struggled to do so. Having met non-Jewish Russians who projected the same demeanour, and a similar gratitude for having survived, I’ve always assumed that these were the battle scars of the nationality, not just of being Jews.

Of course there’d be a dark side, an embrace of very bad politics and a neurotic obsession with security. Of course the Jewish version of this would be especially difficult given the discrimination Jews were historically subject to in Russia. American Jews, in contrast, are practically from Mars.

Part of this perspective is also personal. As I’ve watched the crisis in Ukraine unfold these past few months, the willingness to go to war, and risk setting Europe aflame, seems like a very familiar gesture. Yes, some of this is exaggerated, as though on purpose. But it’s also understandable.

I know that not because I’m a Russophile, but because a lot of what I don’t like about my political heritage, as an Israeli, comes from sources like these. Israeli politics is as much from Eastern Europe as it is from everywhere else. Not just since 1989 but 1791 and earlier.

Every time you think you’ve emancipated yourself from the past, and have adopted a new national identity, as we Jews are wont to do, something smacks you upside the head to remind you where you originally come from. The Ukraine crisis is one such thing.

Another, perhaps more innocent example, is that of my late brother, Michael, who, in the 1990s, found himself buying up old Russian freighters in East Germany and Ukraine, and selling them to the Cuban government, among other cash-strapped clients.

Calling from Kyiv once, Michael boasted that he’d had a bust of Lenin removed from one of the vessels’ wheelhouses, and was bringing it back home. “My God, the guy looks Jewish,” Michael told me. “To think a Jew might have set this all in motion.”

A PhD student in philosophy at the time, I remember telling my brother that one of Lenin’s great-grandparents was Jewish, and that was important. But that it’s also as important to remember that he was Russian, too and that his politics wouldn’t have been the same otherwise.

Brexit will turn three on the last day of January, over six years since the 2016 referendum kickstarted Britain’s race to the bottom. END_OF_DOCUMENT_TOKEN_TO_BE_REPLACED

Be careful what you wish for. It may be a cliché, but it’s one the Greens are learning all over again. END_OF_DOCUMENT_TOKEN_TO_BE_REPLACED

Before his arrest, Andrew Tate was just another influencer with bad politics. END_OF_DOCUMENT_TOKEN_TO_BE_REPLACED