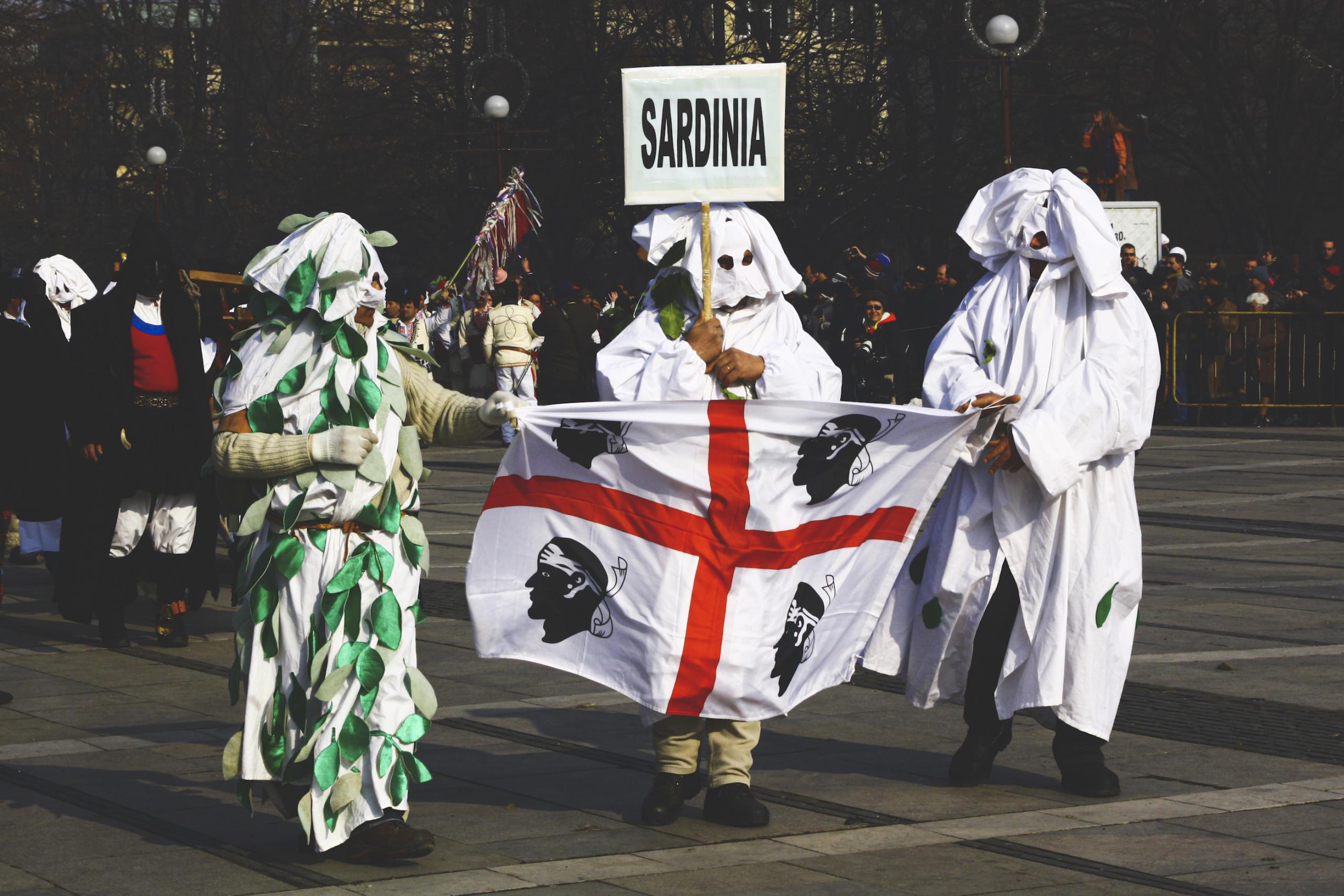 Then comes a surprise. Arpeggios, clear as a blue sky, ascend from the sludge, and with them our spirits.

Hearing it for the first time, my daughter blurted out “Tubular Bells!”  And even though her listening rarely strays into the ambient electronica that Il Santo Bevitore is known for, I had to agree.

Even if the reference was entirely unconscious, the association with The Exorcist aligns beautifully with the artist’s musical goals.

As his Soundcloud page puts it, Il Santo Bevitore – the stage name of the London-based Italian ex-pat Nicola Serra – is “an ongoing musical project and ethnographic research which explores themes of folklore and pagan mysteries from Sardinia Island”.

Despite its modern surface, the film, with its indelible Mike Oldfield score, takes us back to a time when the distinction between Christian doctrine and pagan heresy was harder to discern.

Il Santo Bevitore has relentlessly explored the line between them, opening our ears to an insular culture in which the past constantly intrudes on the present.

What sets “Fractured Belief” and the rest of Il Santo Bevitore’s new Opal Tapes album Water and Tears apart is that, instead of communicating this pagan heritage directly, through thundering rhythms and chanting, he transmutes it into something more abstract and spacious.

Like several tracks on the record, “Let Their Voice Echo Out From the Caves” stays true to its initial vibe, ascetically resisting the lure of melody.

In contrast to earlier Il Santo Bevitore releases such as his 2018 album Realm of Consciousness, however, the song also distances itself from the ritualistic beats that he extrapolated from his ethnographic research.

That’s why Water and Tears seems like a documentary record of the physical and psychological remoteness of exile, however voluntary. Serra still feels his Sardinian heritage welling up inside him, yet its impact is muted.

By extending the new album’s distance from pagan culture – and extending ours in the process – Il Santo Bevitore makes it possible to rethink the role that folklore plays in contemporary society.

Although drum circles and polyphonic shepherds’ choirs are damned sexy and lots of fun to hear, they tap into the same problematic nostalgia that underpins many populist movements.

While that doesn’t mean that they bear responsibility for the mobilisation of Europe’s pagan heritage for reactionary purposes, the appeal they hold for the far-right deserves to be critically interrogated.

In the 1960s and 1970s, leftist historians like Carlo Ginzburg worked hard to focus attention on the continent’s suppressed and marginalised traditions, the granular details of cultural geography that the postwar dream of a united Europe tried to wish away.

In books like Ginzburg’s remarkably successful The Cheese and the Worms, these scholars examined the ways in which dominant political and religious institutions persecuted “deviants” whose practices still revealed traces of a time before monotheism.

It was understandable for them to believe that honouring these traditions served to promote progressive values. Whether in the East or West, the totalising logic of modernity held sway. Preserving difference in the face of inexorable standardisation seemed like a noble pursuit.

But as we have painfully learned since the economic collapse of 2008, once you open the door to those traditions, you make yourself vulnerable to political movements that repurpose them for disturbing ends.

No matter how pure a particular example of folklore may seem, it is impossible to wall it off from potential corruption.

Even in the United States, which was once less susceptible to this danger, the search for pagan roots has become a key component of ideologies on the far-right.

As laughable as his cobbling together of signifiers may have seemed – an indication, perhaps, of just how postmodern he is – the rage towards mainstream institutions it made visible was a serious problem.

Matters are worse in Europe, where white folklore is more bound to the land. Nineteenth-century research on folk culture was inextricably bound up with the nationalism that would twice prove the continent’s undoing.

Even while paying lip service to Christianity, the fascists of the 1920s and 1930s consciously sought to undermine it by reviving Roman or Germanic polytheism. For these reasons, it was folly to presume that a few decades of standardisation under the rule of the welfare state would permanently rid pagan traditions of their politically reactionary toxins.

Although Il Santo Bevitore’s work would be interesting even if its soundscapes were put together from a random assortment of influences, the fact that the music reflects a consistent engagement with a particular cultural legacy takes it to another level.

From early releases like his 2016 EP Sorge il buio through 2018’s Madrighe series to the singles Serra put out last year, he has consistently asked probing questions about the intersection of tradition and technology, folk music and electronic composition.

Some might regard Water and Tears as a partial repudiation of his ties to Sardinia, an attempt to wriggle free of its existential grip.

As I see it, though, the record distances us from his homeland, not to diminish its importance, but to give us the perspective we need to ponder its complexities.

Listening to recordings of Sardinian folk music, it’s easy to tell that Water and Tears draws heavily on the island’s sounds.

To give one example, the glockenspiel arpeggios on “Fractured Belief” call to mind the shepherd’s bells that feature in one of its most ancient rituals.

Indeed, even though Water and Tears seems less like an ethnomusicological project than its predecessors, it still conjures the feel of the place, its irreducible “otherness”, with ease.

Experiments in ambient electronica tend to be arbitrary, even whimsical. Matthew Herbert’s use of crunching vegetables or Matmos’ featuring of a washing machine are prime examples. And there’s nothing wrong with that.

It’s refreshing, though, to engage with work that isn’t yoked to the search for new concepts, that revisits the same place – both literally and figuratively – to probe psychic registers that would otherwise be inaccessible to us.

Photograph courtesy of Sabina. Published under a Creative Commons license.

Krzysztof Kieślowski’s 1976 film The Scar, which chronicles the construction and operation of a large chemical factory, breaks many of the rules that had governed narrative cinema since the silent era. END_OF_DOCUMENT_TOKEN_TO_BE_REPLACED

The Russian government is awarding prizes to Macedonian writers. END_OF_DOCUMENT_TOKEN_TO_BE_REPLACED

The 1970s was a decade of broken dreams. The end of the postwar boom brought to a close the era of middle-class liberalism in Europe and North America. END_OF_DOCUMENT_TOKEN_TO_BE_REPLACED