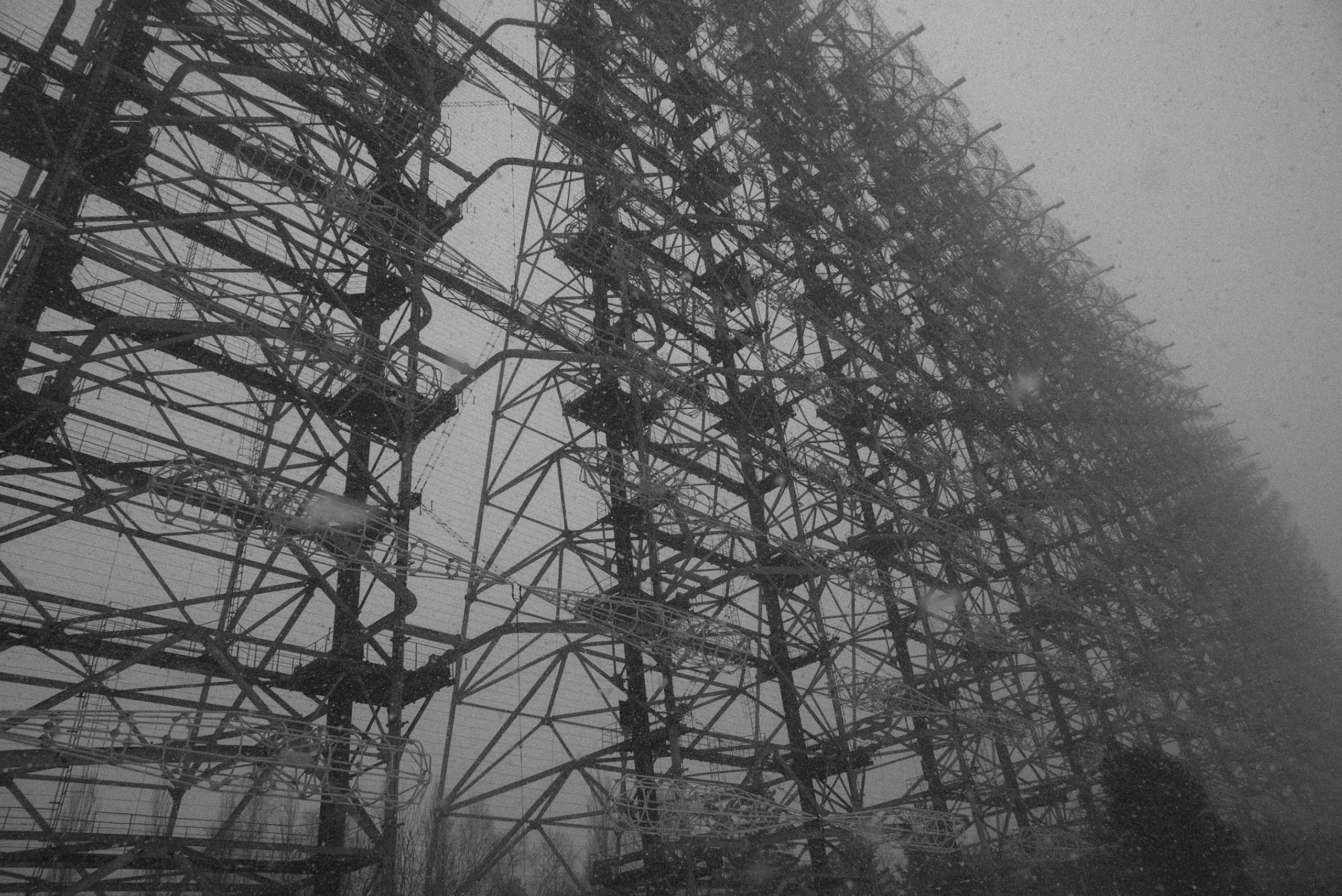 Dogs were rumoured to have been killed, rubbish bins were being ruined. Some had even invaded homes in the eastern suburbs.

Hunters seeking to help stem the tide were welcome, but issued a word of caution: Don’t eat the animals because they’re radioactive.

Hailing from the Chernobyl region, in Ukraine, the boars were heading south for the summer, crossing through Germany.

Concerned about the health risks the mammals likely posed to humans, local game wardens had captured some of the invaders and run the appropriate tests.

For Berlin’s growing Jewish and Muslim communities, this, of course, would not be an issue, as pork is prohibited under religious dietary laws.

But, for a country in which the meat has always been a delicacy, the ban was a humorous metaphor, that reflected Germany’s newfound diversity.

Everyone was being advised not to eat it. At least the local version, for health reasons. The story quickly passed, but the irony remained.

With resentment of Arabs and Turks rising, as a consequence of the War on Terror, to have migrants from Ukraine, albeit boars, branded toxic was its own story.

These were Europeans, after all, as goyische, as we say in Hebrew, as they come, in all their cloven hoof glory. They might as well have been people.

Watching video footage this morning, on the Facebook page of Berlin’s Der Tagesspiegel, record numbers of Ukrainian refugees disembarking from trains in the city brought me back to that time.

Though not radioactive, these travellers were carrying a different kind of trauma with them that’s equally toxic, just not as immediately life-threatening.

Fleeing Russian forces as they advanced on their homes, some of them looked completely shellshocked, likely having been subject to aerial and missile bombardment.

They might not suffer from the effects of radiation, but the fear they’d been subject to will live with them the rest of their lives, and require its own medical treatment.

But, even the Israeli in me was ill-prepared for the next story big story in the newspaper. Russian forces had shelled the Zaporizhia nuclear plant.

Europe’s largest nuclear power facility, consisting of six reactors, reports indicated that it had been targeted deliberately, to trigger a Chernobyl-style meltdown.

“Russian forces fired ‘from all sides’ at the Zaporizhia nuclear power plant in Ukraine’s southeast, local officials said in the early hours of Friday, with a fire breaking out at the site,” Zoya Sheftalovich wrote in this morning’s newsletter from Politico.

For the Russians to have shot even a bullet at the facility, is of course troubling. But they shelled it with tank fire. The consequences are too great to have taken such a risk. It’s not rocket science.

However, in light of Vladimir Putin’s announcement he was putting Russia’s “nuclear deterrence forces” on alert last Sunday, the attack made sense. This was a way of reinforcing its threat posture.

The only difference is who gets the blame. In this instance, the Ukrainians would likely have to take the rap, because they had tricked the Russians into committing an indirect nuclear attack.

Soon enough, Twitter trolls and Kremlin press reps were faulting Ukraine for the near-tragedy, claiming that Russian forces had been forced to shell the Zaporizhia plant to protect themselves.

Though the Ukrainian government claimed it was the first time in history that a nuclear reactor had been targeted, Israel destroyed two such facilities, in Syria in 2007 and in Iraq, in 1981.

The difference between the Israeli and Russian attacks is that neither of the Arab reactors had come on line yet, whereas Russia had fired at a long-operating, mega plant.

At the time of this article’s writing, Russian troops had seized Zaporizhia, making it the second Ukrainian nuclear facility under its control, having taken Chernobyl several days earlier.

Power plants are always strategic targets. No army passes up an opportunity to take them over. However, they’re used to control energy supplies, not get repurposed as weapons of war.

Russia broke this rule in the risks it took attacking Zaporizhia. Though its intention turned out to be control of the plant, its shelling could just as easily have triggered a nuclear explosion.

Given the capacity of the facility, such an attack could have been the worst nuclear incident in history, affecting not only Ukraine but also Russia.

That’s an enormous risk to take, but Moscow went for it, underlining the extent to which it’s willing to play brinksmanship to keep up appearances.

That’s what is unprecedented about the Zaporizhia attack and why it doesn’t matter that it was the third such event of its kind, rather than the first.

The point is Russia indulged the possibility that it could plunge a significant part of the world into nuclear darkness, which only a week ago analysts and pundits were saying was just a ruse.

That willingness is what’s so troubling. Nuclear warfare hurts more than just soldiers, because it makes the world toxic, in every possible sense. There are no political benefits to be had.

Particularly when you contemplate striking a facility of Zaporizhia’s size. Central and Eastern Europe could very well be devastated, too, for years to come.

It’s an extraordinary potential fallout, no pun intended. But, like all things warlike attributed to Vladimir Putin and his cadre, makes perfect sense given how humiliated they feel by the West.

If only they could compartmentalise their radioactivity. It would be much better left to itinerant swine, making their way to Berlin, than mushroom clouds or a nuclear winter.

Brexit will turn three on the last day of January, over six years since the 2016 referendum kickstarted Britain’s race to the bottom. END_OF_DOCUMENT_TOKEN_TO_BE_REPLACED

Be careful what you wish for. It may be a cliché, but it’s one the Greens are learning all over again. END_OF_DOCUMENT_TOKEN_TO_BE_REPLACED

Before his arrest, Andrew Tate was just another influencer with bad politics. END_OF_DOCUMENT_TOKEN_TO_BE_REPLACED