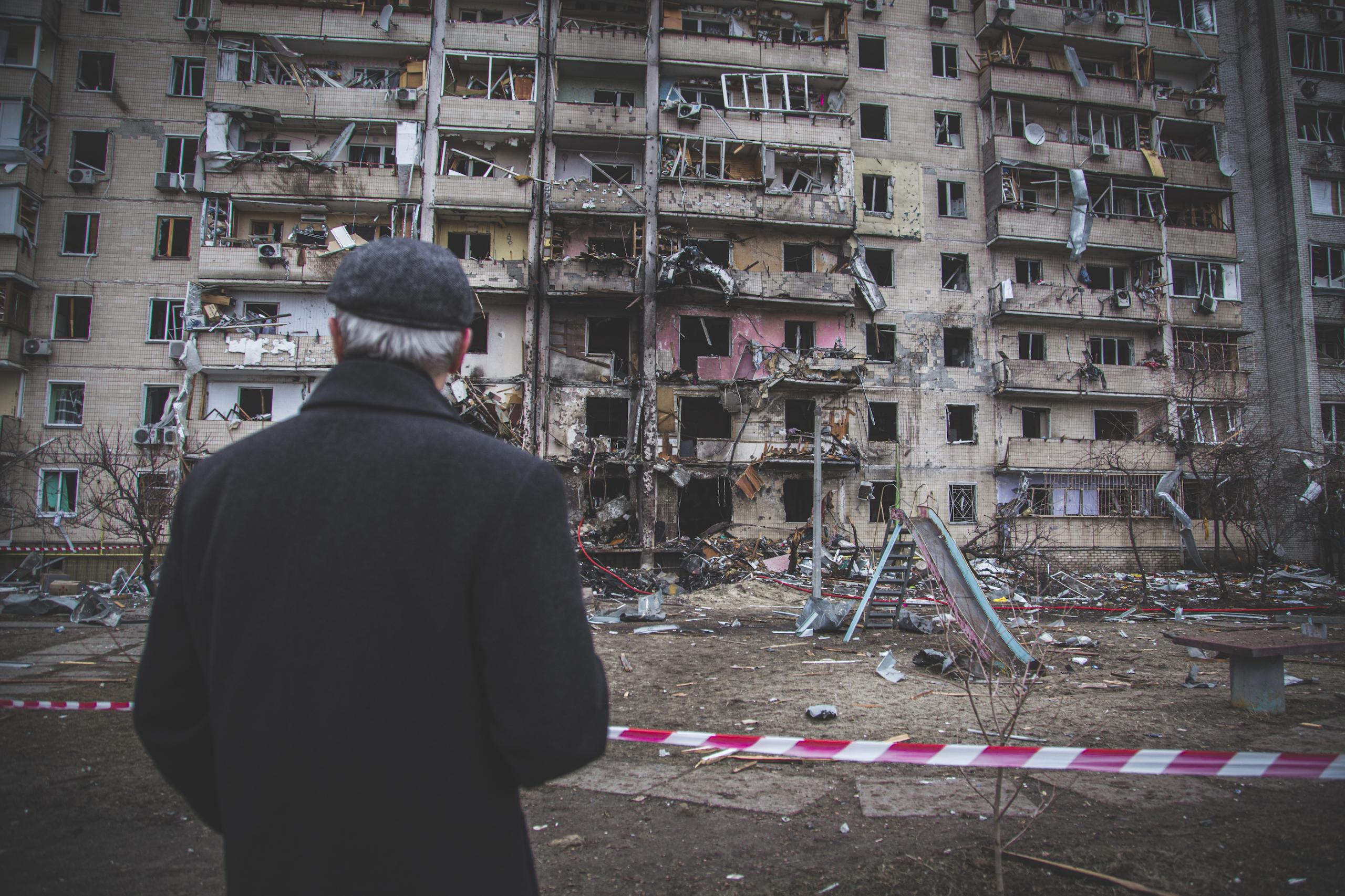 From Putin calling the conflict a war of de-Nazification to justifying Russia’s invasion as a response to NATO expansion, the language he’s used has been heavily cribbed from the left.

For a country with a long history of socialism, it makes perfect sense. Vladimir Putin grew up communist and understands that such concerns remain relevant in the West.

If Putin had not indulged such rhetoric, and instead only called Ukraine a fake country, invented by communists and led by dopeheads, it would have been much harder to earn sympathy abroad.

As far as the Anglo left is concerned, it was an especially smart move.

American and British progressives have largely stayed within the parameters of Russian framing, repeatedly emphasising Ukraine’s fascism problem and the West’s responsibility for the conflict.

It’s not the stuff of anti-communist fantasies, though.  Not all such charges are levelled by Tankies or Kremlin trolls.

A lot of well-meaning progressives are saying stuff like this, because of the persistence of anti-Russia politics in the United States, and the country’s wars in Vietnam, Iraq and Afghanistan.

The only good thing about such utterances is that they often will draw the ire of Eastern European leftists, who find themselves increasingly impatient with Anglos and their regional savoir-faire.

What’s important in this context is that the press often appears irrelevant to these conversations and that public debate about the conflict, on both the right and the left, can appear the same.

It’s especially distressing given the significance of what’s taking place in Ukraine. The ideological consequences of the war are increasingly obvious, and progressive media ought to lead the way.

One of the most interesting discussions that have been taking place in the publications I read are the comparisons being drawn with Israel and Palestine.

Revolving around the West’s imposition of sanctions on Russia for invading Ukraine, but withholding them from Israel, such analogies inevitably evoke the Palestinian genocide.

Unsurprisingly, among his many justifications for invading Ukraine, Vladimir Putin was the first to invoke the concept, charging a genocide was underway against Russian speakers in the country.

Yet, not once did Putin appear to be self-conscious of the fact that his declared intention to “destroy this ‘Anti-Russia’ created by the West”, (he separately blamed Lenin for Ukraine’s creation) would also be an act of genocide.

Of course, the Russian leader could be accused of trying to deflect responsibility. All the same, rightists who use “genocide” tend to prefer its moralistic quality and never quite get its breadth.

Originally coined by attorney Raphael Lemkin, a Polish Jew, during WWII, genocide means the destruction of a nation, not just an ethnic group. This applies to multicultural states, like Ukraine.

It wouldn’t be the first time Russia committed genocide in the country.

During the Holodomor (“Kill by starvation”), from 1932 to 1933, between 4 and 7 million ethnic Ukrainians are reported to have been starved to death.

Also applied to Soviet Russia and Kazakhstan, as part of Stalin’s collectivisation of agriculture, the Ukrainian famine was intensified to stamp out peasant rebellions and uprisings against the policy.

This is why Vladimir Putin’s justifications for invading Ukraine, such as rolling back NATO encroachment and fighting fascism, ought to be evaluated a little more carefully.

It would be like Germany saying it had decided to destroy Israel. It would be impossible to not recall the Holocaust. Given general historical knowledge, the politics would be easy to sort out.

Moscow’s two more recent wars in Chechnya between 1991 and 2000, in which up to 200,000 people were killed, are a more common comparison, though not as much as they should be.

Russia’s destruction of the country, particularly its capital, Grozny, in 1999, was shocking for its severity. However, if you know the local history, Chechens had been through this before.

Stalin deported an estimated 400,000 in 1944, as punishment for a 1941 uprising against Moscow, justifying it on the basis that the locals had collaborated with the Nazis. Up to one third died.

Such numbers pale compared to the 3 million Ukrainians displaced the last month, but the destruction and dislocation do not. Mariupol, for example, could very well be the next Grozny.

Putin’s top propagandists, many of whom have disseminated vicious antisemitism for decades, are now commandeering Jewish identity and the Holocaust as the next step in Russia’s grotesque “Nazi Ukraine” slur @sophiamoskalen1 @MiaMBloom https://t.co/yc7GhqmKZd

If you know anything about Russian history, it doesn’t take much to recognise the Antisemitism in Putin’s de-Nazification shtick.

The point in citing such examples, however abbreviated, ought to be clear. Westerners are frequently divided about Ukraine because they don’t know enough about Russia.

So much of how we come to understand politics today is lacking in context. Understanding it is more dependent on what its protagonists say than it should be.

This is especially troubling in our hyper-connected era, in which it’s never been easier to get online and learn a few facts.

It shouldn’t take another genocide in Europe to get the story straight.

Photograph courtesy of UNDP. Published under a Creative Commons license.

Brexit will turn three on the last day of January, over six years since the 2016 referendum kickstarted Britain’s race to the bottom. END_OF_DOCUMENT_TOKEN_TO_BE_REPLACED

Be careful what you wish for. It may be a cliché, but it’s one the Greens are learning all over again. END_OF_DOCUMENT_TOKEN_TO_BE_REPLACED

Before his arrest, Andrew Tate was just another influencer with bad politics. END_OF_DOCUMENT_TOKEN_TO_BE_REPLACED