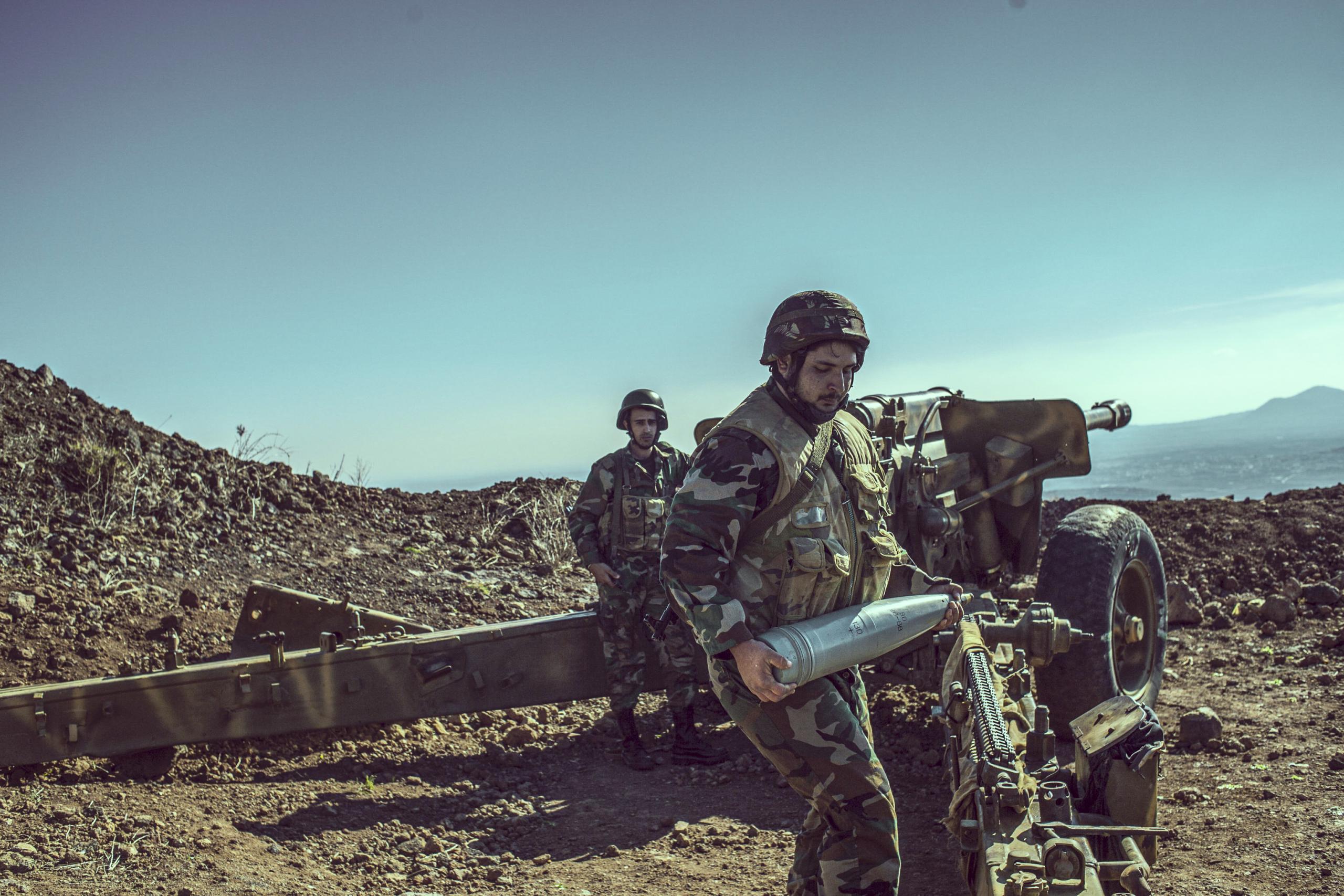 But, Vladimir Putin, Russia’s anti-jihadist-in-chief, had no qualms about recruiting Arabs to fight in Ukraine.

Not just any Arabs, but Syrians, veterans, largely, of Bashar al-Assad’s army, some of who have fought under Russian command in Libya, with the Wagner Group.

Though analysts will be the first to point out the Russian army’s diversity — many of the troops reported deployed to Ukraine are Muslims – that doesn’t mean it’s tolerant.

As an Armenian sociologist once told me at a conference on Central Asian migrants in Russia, Muslims are central to the country’s identity, just the very bottom part.

They’re the labourers, not accountants, they explained. Their religion is in no way part of the Eurasian official culture of Russia, whose religion is still Orthodox.

Thus, the lack of Russian controversy over the importation of Syrian fighters to the Ukraine war. Culturally speaking they fit, perhaps even better than Russian Muslims.

The low wages they’re reportedly being paid (including an alleged lack of death payments to families) are in keeping with what would be their class status in Russia.

So are the shoes of the troops the Syrians are filling, over ten thousand of which are said to have been killed in the last five weeks since the war first began.

The battalion of Syrians that are reported to have been inducted will not close such gaps, but the war is by no means over and the army still has big objectives to fulfil.

Better to put foreigners on the front line than more Russian conscripts.

Given how many the Ukrainians will probably kill, it creates a more acceptable hierarchy of casualties in Russia.

It may even be enough for the working class Muslim troops, and the Chechens serving in the invasion force, to feel a bit more valued.

The Syrians signing up are not so much becoming mercenaries as typically expendable colonial fighters, recruited from a country under foreign occupation.

To call them volunteers would be a misnomer. There’s an element of profound desperation to their story, that’s driving them to go back to war again, in Ukraine.

According to relief agencies, 13.4 million Syrians are in need of humanitarian assistance, 60 per cent of the population is facing hunger and 57% per cent has no access to medicine.

Topping it all off, in 2021, Syria was subject to its worst drought in 70 years. Hence, the 5.7 million or so Syrian refugees scattered between Egypt and Turkey.

Given how fierce the fighting has been since the civil war first started in 2011, one can only imagine how prepared Syrian vets might imagine they are for Ukraine.

Fighting Ukrainian troops might even be easier than facing the Islamists in Hay’at Tahrir al-Sham and Daesh, and the Kurds.

Some of the volunteers may also be former mercenaries who fought under the Azeri flag, against Russian-backed Armenian forces, in Nagorno-Karabakh in 2020.

An estimated 2000 were sent to the region by NATO member Turkey, who recruited them, much to Moscow’s chagrin, on behalf of Azerbaijan.

Now it’s time to give back to Russia, under far more dangerous circumstances. The casualties the Syrians will probably suffer underline their exploitative situation.

Few critics of Russia’s run in Syria have described the country as being a colony. But it’s hard to imagine its survival, in its present form without functioning like one.

In the absence of Moscow, neither the government nor the military would exist. Granted, the Syria that it manages is not the same one that existed before 2011.

Approximately 30 per cent of the country remains outside its jurisdiction, in the hands of Islamists, the Kurds, Turkey and opposition forces.

The territory that the Russian military helps control is substantial and has only grown over time, since it first intervened in 2015, with a ferocious military campaign.

Between its airforce and artillery, Russian forces have left entire cities, some of which go back over a thousand years, like Aleppo, in ruins.

Hence, the frequent comparisons critics of Russia’s invasion of Ukraine make between the country and Syria. The destruction wrought on Mariupol looks the same.

No one would understand this better than Syrian fighters. You can see their appeal to Russian military planners, especially given how poor their army has performed so far.

This is not to say that Syrian soldiers have an especially stellar reputation because they don’t. And they’ll be especially hard-pressed facing NATO-trained Ukrainians.

That doesn’t mean that the Syrians won’t put up a good fight, perhaps better than their Russian sponsors. Still, it’s unlikely they’ll prevail without significant casualties.

But not before complicating the populist narrative about Arabs and Muslims fighting in Europe, as part of a so-called “Clash of Civilisations.”

Still, there’s no jihad vs McWorld going on here. These foreign fighters are nothing more than slaves of an empire better known for inspiring Europe’s racist far-right.

Matteo Salvini and Marine Le Pen must be having seizures at Moscow’s use of Muslims to do its bidding, imagining them all to be Salafist ISIS terrorists.

Heaven forbid a Russian win, and that the Syrians stay on as an occupying force, to police the Ukrainians.

As the Belarusian importation of Arab refugees in 2021 showed, Moscow and its allies have no inhibition in facilitating migrant crises when they need them.

The problem is it makes Europe’s populists look awfully stupid, with their knee-jerk Islamophobia and fears of impoverished foreigners.

Just hire them into your security forces and send them to the front, and the problem is solved. It’s a cynical approach to diversity, but that’s colonialism for you.

Not every media organisation can bear criticism, even self-criticism, but others require it to keep going. END_OF_DOCUMENT_TOKEN_TO_BE_REPLACED

Foucault once suggested that Clausewitz’s famous observation, “war is not merely a political act but a real political instrument” carried out by other means, be reversed, with politics made an extension of war. END_OF_DOCUMENT_TOKEN_TO_BE_REPLACED

Brexit will turn three on the last day of January, over six years since the 2016 referendum kickstarted Britain’s race to the bottom. END_OF_DOCUMENT_TOKEN_TO_BE_REPLACED