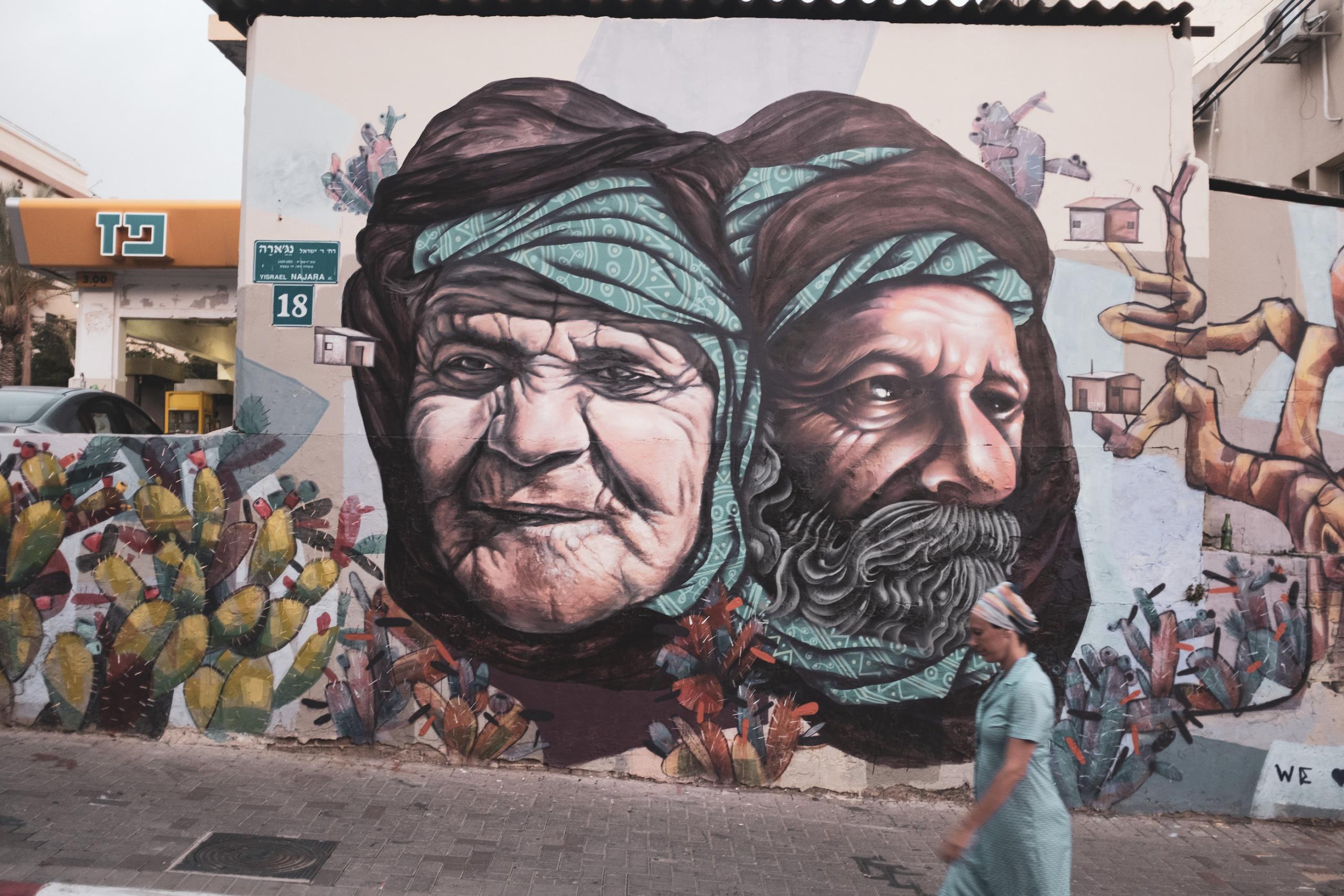 Consider the first single, “Djaja”. The opening bars sound like something that would have played over the PA at a restaurant decades ago, emphatically pre-electronic in its invocation of tradition.

The further the track progresses, though, the more disquieting it becomes. Instead of deepening the polyrhythmic groove it opens with, the music seems impatient with repetition, as if wary of being too predictable.

90 seconds in, “Djaja” is verging on incoherence, with its ramshackle bits and pieces barely sustaining the illusion of forward progress. But on the third or fourth go-round, what first seemed almost random is recontextualized as a means of conjuring depth.

The song works, somehow, compelling even as it confuses. The ass moves and the mind happily wanders off in the other direction.

That proves true for all of Albat Alawi Op. 99, eventually. Any initial resistance on the part of listeners is turned inside out, so that they remember that befuddlement fondly, the way a grown-up might recall a film they loved as a small child without really understanding the plot.

The mastermind behind El Khat, Yemenite-Israeli multi-instrumentalist Eyal el Wahab, clearly wants it that way. The music asks hard questions of both mind and body.

Imagine that you are walking down a street in an ancient city. The sun has been down for hours, but the heat still radiates from the buildings along its streets. People seem energized by it, as if they were rediscovering their equilibrium. The air is heady with the scent of spices.

In the distance, you hear the sort of sounds you identify with this landscape. The rhythms are more subtly complex than the heartbeat of western pop. A meandering melody emerges from the din, played on a stringed instrument that sounds like a broken guitar, playing scales that are simultaneously exotic yet familiar.

This is the Worldbeat fantasy, Middle Eastern-style. The one that bourgeois tourists from Europe inevitably indulge, whether they are actually travelling there or only longing for its otherness from home. And the one that many Israelis believe in themselves, despite all the evidence to the contrary.

El Khat turns this fantasy on its head, then tumbles it through the sand for good measure, like a wave that proved too strong to ride. Because even though Albat Alawi Op. 99 lures listeners in with traces of the music that ideology has led them to expect, it deploys them to deeply subversive ends.

For one thing, el Wahab sings exclusively in Arabic, not Hebrew, testifying to Yemenite Jews’ difficulty identifying with hegemonic Israel.

They’ve been treated as badly as Muslims in the country, looked down upon for their seemingly primitive ways. Yet their culture contributed significantly to the spice, both literal and figurative, that helped to distinguish Israel from Europe, despite the massive number of European immigrants who came to Palestine after the Second World War.

For another, el Wahab constructs new instruments from odds and ends that sound traditional without actually being so. Even if this “reinventing the wheel” cannot be discerned by listening alone, it exemplifies the kind of trap El Khat lays for anyone who approaches their music without the proper care.

Reverence means the vultures have started circling overhead. Resisting its self-seriousness is the only way to slow their descent.

When Bob Dylan famously turned on his amp at Newport, he was choosing life. So was Miles Davis when he embraced fusion on Bitches Brew. So are all who refuse to defer to tradition.

In a sense, El Khat is doing for world music what punk did for rock and roll.

Bands like The Ramones and Buzzcocks made music that seemed to strip away every bit of excess, revealing the music’s core. But what remained didn’t sound like anything that had come before, even if it felt primal.

Punk represented a breathtaking bait-and-switch, appearing to get back to basics, yet laying an entirely new foundation in the process.

El Khat’s genius manifests itself in the capacity to achieve a similar effect within the context of a genre that typically resists this type of self-reflexivity.

One can’t help but experience their music this way, as it grates against the typically colonial, Lonely Planet-style comforts we’ve come to expect of the Global South.

This isn’t the noise made by semi-nomadic peoples sharing their ancient traditions. It’s gritty urban music made by inner-city people from the Middle East.

The fact that the instruments are unrecognisable only adds to the sense of foreignness Albat Alawi conveys, because their sounds, while familiar, can’t be easily appropriated either.

But that’s the band’s Yemenite heritage coming through.

Sonically, its equal parts Saudi Peninsula and East Africa, bringing very much to mind the impoverished immigrants of the greater Red Sea area, who make up the lowest of Israel’s Jewish classes.

In its angular corners and orchestral clunk, you can’t help but hear Jews who don’t speak the local language banging on empty petrol cans, as though they’re out of fuel.

It’s a very different portrait of what it means to be Jewish, as far removed from Israel’s classically trained, often conservatory-educated European musical elites as you can get.

But that’s the point. This is the Israel you haven’t heard before. It’s a lot more culturally and politically complex than you’d ever imagine. You just have to listen for it.

The 1970s was a decade of broken dreams. The end of the postwar boom brought to a close the era of middle-class liberalism in Europe and North America. END_OF_DOCUMENT_TOKEN_TO_BE_REPLACED

Serbian director Dušan Makavejev’s 1968 film Innocence Unprotected manages both to explore the legacy of wartime trauma seriously and to make fun of itself in the process.  END_OF_DOCUMENT_TOKEN_TO_BE_REPLACED