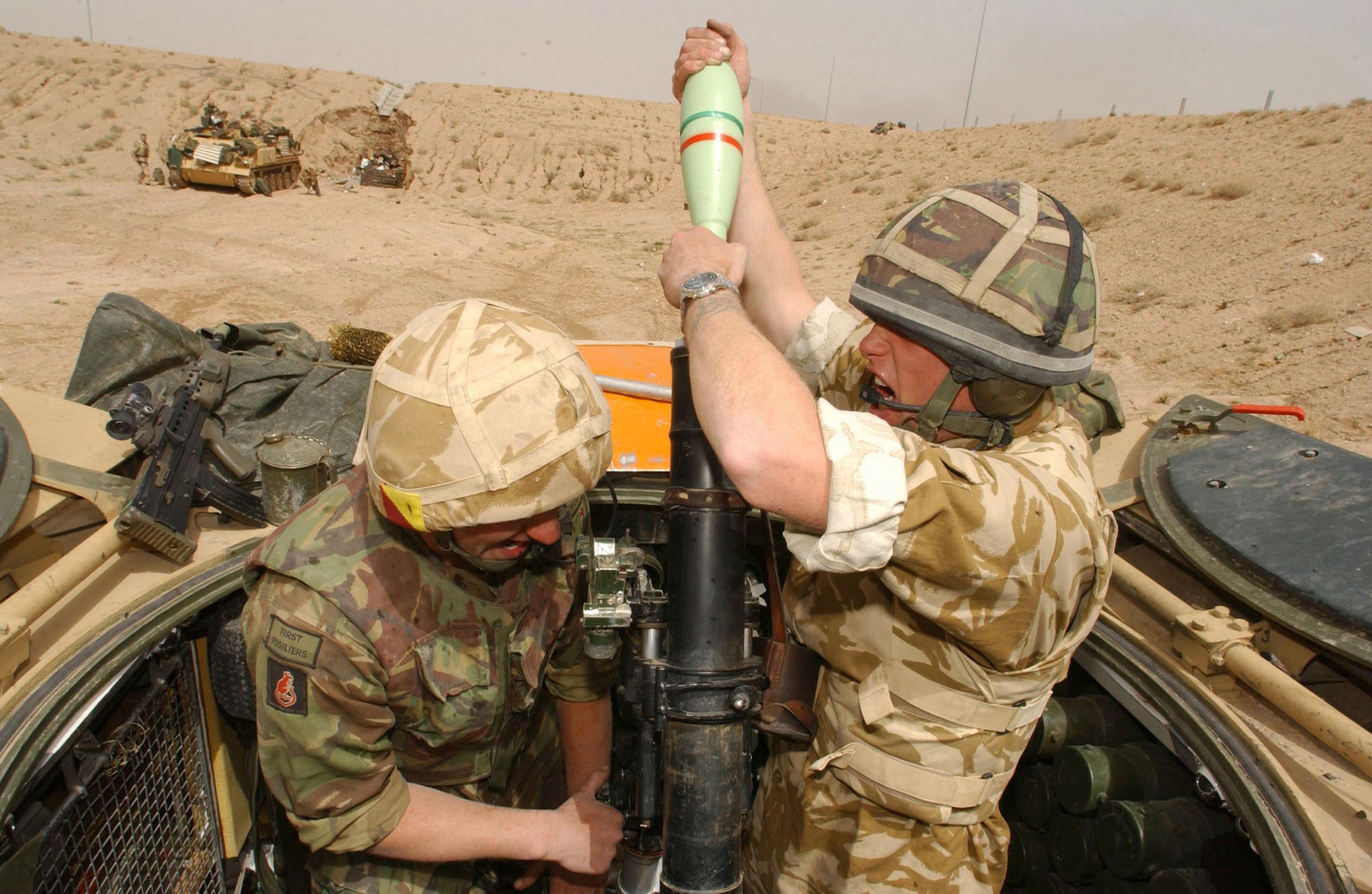 Those days are gone. People still watch the news, but not in the same way.

You might have news on your tablet, sitting upright while you’re cooking. You might just catch up on your laptop after dinner. You might even be watching it in bed on your phone.

Now you can alternate quickly between the BBC, ITV, Channel 4, Sky and even GB News, to soak up all the hot takes.

In the old days, you’d watch a news service from start to finish. You developed a loyalty to a particular brand.

This is partly why Channel 4 is facing privatisation. Selling off Channel 4 is a good way to mark the end of an era of news consumption, but the auction was a long time coming.

The spivs are already salivating at the prospect of carving up the body of a media company.

Channel 4 News is known for its liberal coverage and its critical takes on Brexit and climate change policy. However, the driving rationale for auctioning off Channel 4 to a bunch of wide-boys is not just about forcing the news service into retreat.

If Channel 4 was such a great threat, the British government would have dismantled it and sold off its parts a long time ago. So why this is happening requires more examination.

There is a cultural-technological shift in the way we engage with the news. A long paradigm shift has been quietly underway this past decade, but it’s not an isolated shift – it’s more widespread.

We’re living through the golden age of TV programming, yet traditional TV viewing is in decline. The rise of streaming and laptops has changed the way people engage with the entertainment and media industries.

A lot of people prefer to stream their favourite shows at their own leisure. Watching Netflix is possible anywhere, whether it be in the gym on your phone or during the commute on your tablet.

This has changed the way people relate to free-to-air broadcasters.

The BBC and Channel 4 are now old-fashioned platforms. Most no longer buy a TV package of hundreds of channels, but subscribe to a service providing thousands of programmes.

Talk of Netflix and Amazon Prime is relevant, just not in the way that the Tories think it is. Converting Channel 4 into a ‘British Netflix’ is a fantasy in a market with little diversity.

Streaming services complement free-to-air channels like Channel 4, especially when it comes to news. This is why the idea of turning such broadcasters into streaming services is deeply flawed. But this will not stop the Whitehall racketeers from trying.

Capitalism has an in-built need for constant economic growth and growth requires investment opportunities. Privatisation is a quick way to create a growth opportunity in an economy running on fumes.

In this regard, Channel 4 is a great opportunity for making a killing.

It’s a profitable company with a significant market share and a low level of debt. Even if privatisation is a cultural disaster, the point is short-term profits.

At the same time, there is an ideological commitment to a certain kind of growth model. The Conservative Party still favours a smaller state, despite its use of emergency powers, harsh police measures and strict border controls.

For all of its nationalist rhetoric, the Johnson regime is a spiv government loyal only to the highest bidder.

It’s much more likely that Channel 4 will end up as the British subsidiary of a much larger US tech corporation like Disney. So much for British national pride.

If successful, Channel 4 may become the model for BBC privatisation. The license fee is being phased out and BBC funding is being frozen. What will be left of TV news is uncertain.

It’s likely that the BBC and Channel 4 will lose their prominence to better-funded competing channels. It may even be that there will be more choice for news consumers.

However, the likelihood is the choice will be different flavours of right-wing and centrist commentary.

Despite its reputation, Channel 4 was launched by the Thatcher government in 1982. Margaret Thatcher wanted to undermine the BBC’s monopoly on broadcast news and create a counterweight to the corporation.

And yet Channel 4 News went on to embarrass the Westminster consensus with its Iraq war coverage.

The news organisation broke the story of the ‘sexed-up’ Iraq dossier. The channel became the news service of choice for many who opposed that war.

However, this is just one part of Channel 4’s record. Channel 4 has earned a reputation for running trash TV shows.

Its programmes have included such noble coverage as a show about Masturbate-a-Thon event during its Wank Week series.

Despite its liberal reputation Channel 4 has gone much further than the BBC in allowing a space for such documentaries as The Great Global Warming Swindle and Margaret Thatcher: The Death of a Revolutionary.

Both programmes were made by Martin Durkin, one of the Spiked network of hard-core pro-Brexit, anti-green libertarians. Channel 4 has run such documentaries knowing that there is a market for such programmes.

Even the people they piss off will be talking about the shows and more people will be inclined to tune in. Controversy sells.

Just like today, the Tory far-right saw the BBC as a ‘left-wing’ broadcaster because it occasionally raises difficult questions (or at least it used to) from time to time.

The truth is that the BBC sets the news agenda and right-wing opposition to it plays into this.

It’s not like Channel 4 was easy on the left or supporting Labour leader Jeremy Corbyn. Channel 4 ran the same slanders against the Corbyn project as the rest of the media rather than taking on the worst British government since 1945.

When Presenter Krishnan Guru-Murthy interviewed Corbyn in 2015, he would barely allow the Labour leader any time to defend or explain his record. It’s political coverage framed by Blair speech writers like Philip Collins.

So the reasons for privatising Channel 4 are more ideological and economic than about political spite. The Thatcher government hoped to privatise Channel 4 one day as part of its plans to diversify UK media.

Thatcher never got around to it, but her successors tried. John Major and Tony Blair had the same ambition and failed. Gordon Brown and David Cameron too shared this aim, but the financial crisis and austerity took precedence.

Likewise, Theresa May might have pursued it had she won a stonking majority in 2017. Instead, the May government was cornered and left floundering over Brexit.

So it comes to Boris Johnson to do the dirty work.

Successive governments have tried to privatise Channel 4. All of them failed. The Johnson government could still blow it, but the conditions may be just right for the plan to go ahead.

The Conservative Party has the numbers in Parliament and the media industry has changed since the days when big state media was the norm. There has been a cultural-technological shift in the way people engage with mass media.

The privatisation of Channel 4 may well force the organisation to move away from news coverage entirely. Channel 4 News has a following among liberal-minded viewers who are not satisfied with BBC coverage.

Another possibility is that Channel 4 News continues despite the change in ownership and structure. You might imagine a UK version of MSNBC to complement the role played by right-wing channels like ITV and Sky.

The sell-off of Channel 4 won’t be the end of liberal media in the UK, but the future will resemble the worst of the present.

A privately-owned Channel 4 will make some people very rich, while Britain’s need for a new media will go ignored.

Photograph courtesy of the Ministry of Defence. Published under an Open Government License.

Not every media organisation can bear criticism, even self-criticism, but others require it to keep going. END_OF_DOCUMENT_TOKEN_TO_BE_REPLACED

Foucault once suggested that Clausewitz’s famous observation, “war is not merely a political act but a real political instrument” carried out by other means, be reversed, with politics made an extension of war. END_OF_DOCUMENT_TOKEN_TO_BE_REPLACED

Brexit will turn three on the last day of January, over six years since the 2016 referendum kickstarted Britain’s race to the bottom. END_OF_DOCUMENT_TOKEN_TO_BE_REPLACED