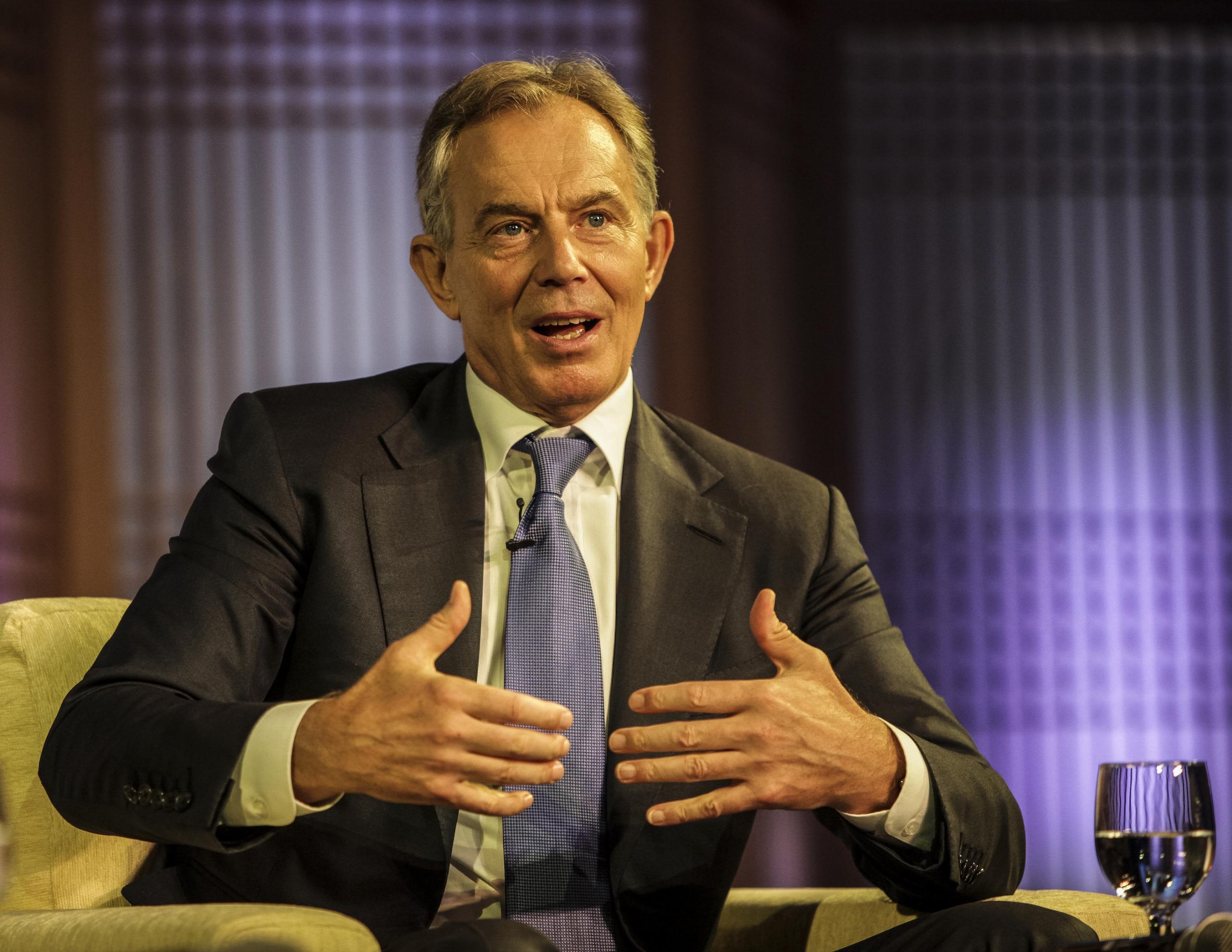 Blair’s legacy will forever be defined by the Iraq war above all else, but the party machine wishes it could still repeat his electoral success.

After the 1997 general election, the Labour Party had 418 seats in the House of Commons. It was a tremendous victory, and yet a quarter of a century on the same party has shrunk to just 199 seats. This is a story of decline.

The great victory of 1997 did not wipe away the Thatcherite settlement because New Labour had signed up to the neoliberal formula: light-tough regulation, tax cuts for the rich, tight monetary policy and fiscal restraint.

As a result, New Labour’s social legacy was quickly wiped away by David Cameron.

The progressive gains of income distribution, reducing homelessness, cutting NHS waiting times and reducing excess deaths have all been reversed.

No wonder 25 years later, the Labour Party is running on empty with a dwindling membership.

The party has expanded its reach in London, but there is a real danger that Labour will be reduced to a rump party of the big cities (with the exception of Wales).

The New Labour campaign secured an 8.8% vote swing in 1997. This was an unprecedented success for any party, never mind Labour.

The only comparable achievement in UK politics was the 9% swing secured in 2017, but this is inconvenient.

Millions of Labour voters began to turn away from the party under Tony Blair and Gordon Brown. Ed Miliband did not transform the party’s fortunes.

Briefly, it looked like a more radical populist Labour leader might be able to do so but it failed in the end. The near-victory of 2017 is a blip in a longer story of decline.

Today, Tony Blair is liked by just 19% of the public, according to YouGov, while 55% of the country dislike him.

But the party still wheeled him out for the local elections as if his presence is catnip to voters.

I vividly remember the famous footage of Tony and Cherie walking by the jubilant crowds, shaking hands with people while the crowd waved Union flags.

It was just one of many PR coups that defined the Blair era.

A relative commented that I was too young to remember a Labour government. It’s true, I was a young boy at the time.

In retrospect, I wonder if my cousin remembered the last Labour government very clearly. It had been 18 long years since Jim Callaghan left office.

I have no memory of the Major years, so my political upbringing was with Blair and Brown as joint patriarchs. The two of them had worked hard to outflank the Conservative Party on crime, economics and foreign policy.

The Third Way was defined by a specific pivot that its advocates described as “the centre ground” – a vague space occupied to the right of Old Labour and to the left of Thatcher.

However, the promise of Blairism was that it would achieve social democratic goals by Thatcherite means.

The Blair project carried itself with an arrogant presentism, the past was dead, the old ideological questions were irrelevant and the class struggle was over.

The early Blair government sought to reinvigorate the welfare state through outsourcing to private companies, through market reforms and through increased public investment.

The fundamental changes brought about by the long period of Conservative rule were kept in place.

Deregulation, low corporate taxes and privatisation were the new normal. Thus, the long decline of Labour’s vote was well underway by 2001.

Tony Blair and Gordon Brown would not renationalise the railways or the energy companies. All that was left to do was tweak the system to redistribute incomes on the back of a booming economy based on big finance and property markets.

The best aspects of the New Labour years were a modest redistribution of incomes and improved social provisions.

However, the Third Way strategy meant this was only achievable in neoliberal terms.

Working tax credits were relief to the poor, but the scheme was a Friedmanite policy to subsidise low incomes and maintain a low-wage economy. This was a clever move because it was a way of raising benefits and keeping labour costs low.

Meanwhile, the children of the poor could look forward to being demonised as ‘chavs’ by the media and Tony Blair slapped anti-social behavioural orders (ASBOs) on the kids in response.

At the same time, the Blair government continued to improvise authoritarian measures such as detention centres for asylum seekers.

New Labour continually compromised to the anti-migrant hysteria in the press.

And yet Blairism is synonymous with ‘uncontrolled’ immigration for the anti-migrant right. Tony Blair pushed for freedom of movement in the European Union, while backing tougher measures against asylum seekers.

The Conservatives-Liberal Democrats Coalition swept away the best social achievements of the Blair-Brown years.

Unlike Thatcherism, the Blairite legacy did not survive its own period of government. Except in one sense.

David Cameron and George Osborne saw Tony Blair as a figure to emulate.

They set out to turn the Conservative Party towards social liberalism and launder its reputation as ‘the nasty party’. The Blair style was continued.

So the Cameron government-backed gay marriage, while slashing public spending and cutting taxes for the rich. Libya was bombed. Royal Mail was privatised.

The British state would keep its authoritarian powers and keep the refugee detention centres open.

It’s so clear that the promise of New Labour has utterly failed that even Prospect Magazine is running articles pointing this out.

Even some of the original Blairites like Andrew Adonis can see that few of the policies have outlasted the New Labour period.

Nevertheless, New Labour is still the only permissible model of success.

Keir Starmer will continue to try and ape Tony Blair in the vain hope of rebranding the party and winning power.

The Granita restaurant on 127 Upper Street, Islington, was where Gordon Brown cut a deal with Tony Blair to get a shot at the top job once Blair had served for a decade. It was not a good deal at the time, even less so with hindsight.

Somehow Brown went away with his own version of the terms. He believed Blair would be stepping down 10 years from taking over the Labour leadership, but Tony had other ideas. He wanted a place in the history books, and he would get it.

Tony Blair is the only Labour leader to serve as PM for a decade.

He presided over a period of such great change that he’s often blamed for issues he had little responsibility for, particularly the rise of multiculturalism.

By 2007, the world was teetering on the edge of a financial crisis and Labour was about to oust Blair. The Brownites moved against him fearing that the leader was becoming ‘toxic’.

The Iraq war had not turned out as planned, and Labour voters were increasingly sick of voting for a party that wasn’t doing much for them.

Once in power, Gordon Brown could have called a snap election that year, and Labour probably would have won, but he was overconfident and complacent.

Brown decided to wait, and then the financial crash doomed him.

Much like Theresa May and John Major, Brown’s premiership was rotting before it had died. Everyone could see it.

Meanwhile, David Cameron, the true heir to Blair, was positioning himself for victory.

Skipping a decade of austerity and political strife, the centre ground has been broken and a new nationalism has filled the void.

Starmer is left trying to re-establish Labour as a centrist party, but it’s no longer clear what this would mean.

The Third Way was able to define itself against Old Labour social democracy and the most aggressive forms of Thatcherism. The result was a kind of socially conscious neoliberalism.

This game has run its course.

Keir Starmer can try to define his leadership against the Corbyn era – since it was an attempt to revive social democratic policies – but the Tories no longer stand for free market ideology. They stand for an increasingly authoritarian nationalism.

There isn’t the space for a social liberalism with an eye for market reform.

This doesn’t matter to Labour machinists. The Starmerites (if there is such a thing) continue to cling to Tony Blair and the memory of 1997 anyway.

The Labour right is haunted by its own past victories because it has no positive vision for the present or the future.

The presentism of the Blair era has given way to pastism. There is simply nothing left. Granita closed long ago.

Brexit will turn three on the last day of January, over six years since the 2016 referendum kickstarted Britain’s race to the bottom. END_OF_DOCUMENT_TOKEN_TO_BE_REPLACED

Be careful what you wish for. It may be a cliché, but it’s one the Greens are learning all over again. END_OF_DOCUMENT_TOKEN_TO_BE_REPLACED

Before his arrest, Andrew Tate was just another influencer with bad politics. END_OF_DOCUMENT_TOKEN_TO_BE_REPLACED