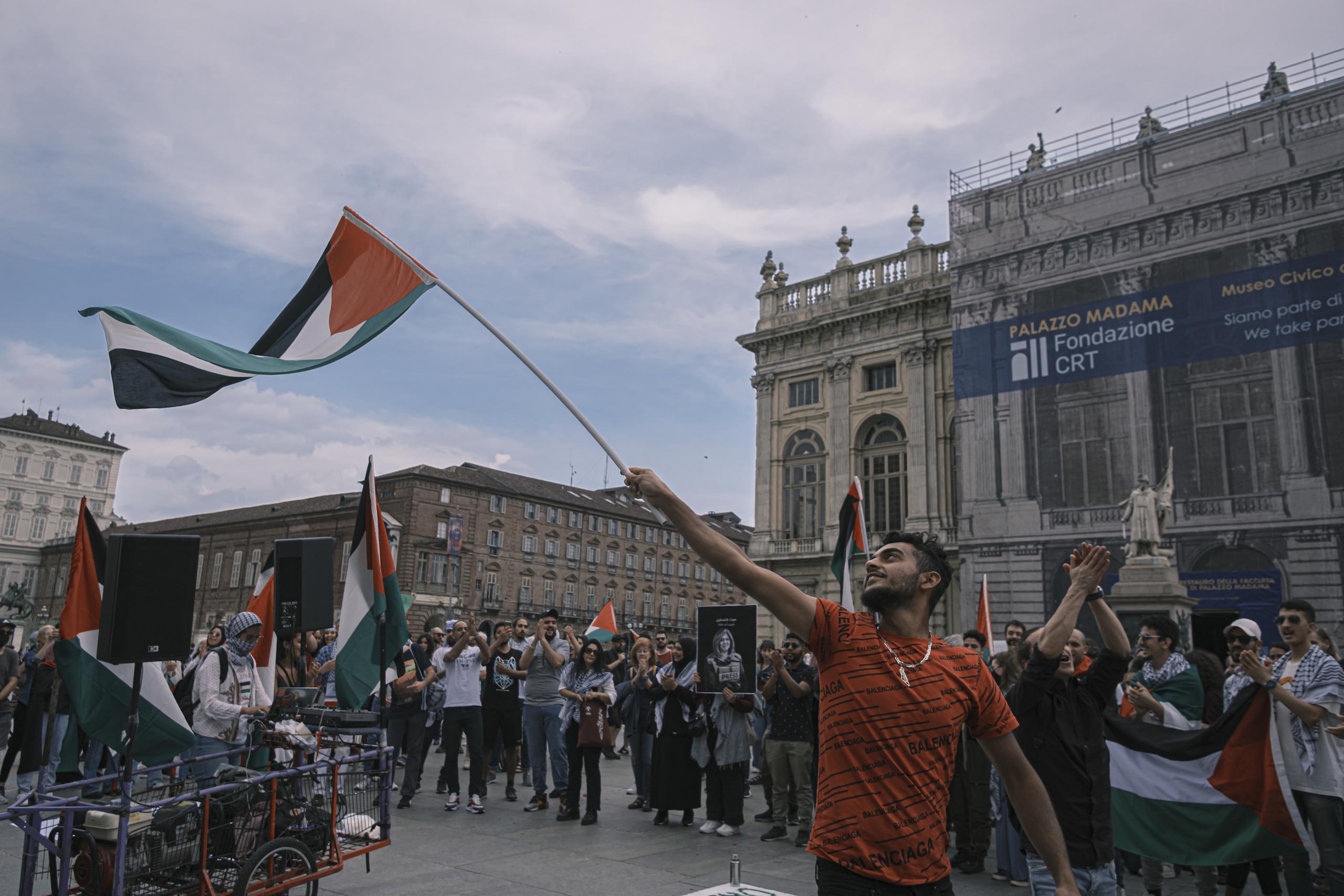 For the last eleven years, commemoration of the event (Arabic for “tragedy), marking the Israeli victory in the 1948 war, and the dispossession of nearly 800,000 Palestinians, has almost always begun a couple of blocks from our home.

First learning of it through running into a big group of Israelis on Karl-Marx-Straße, carrying signs in English protesting against the Occupation, I’ve made a point of taking photographs and making field recordings of nearly every Nakba Day since.

Part of it is of course political. It’s one of the few annual events where Jews and Palestinians come together annually in the German capital that’s not about food, in one of the city’s celebrated hummus restaurants. This is more serious.

The other reason is it makes me feel more at home. Hearing so much Arabic and Hebrew reminds me of my childhood and has helped me adjust to being in Germany, a country which can be very hard to get comfortable in if you’re Jewish.

Not just because of the Holocaust, but because of ongoing problems of racism towards non-Europeans. The irony of documenting a group of brown people, primarily Muslims and Jews, making common cause, helps.

This year is the first year I spent Nakba Day somewhere else since I first moved to Germany. In Torino to do research for a book project I’m just starting, I learned of a similar Nakba Day event being held in the Italian city and decided to attend.

Learning that the annual Berlin Nakba Day event had not only been cancelled but banned by the city government, made the Torino edition feel that much more important to attend.

The protest turned out to be far less stressful than any commemoration I’ve attended in Germany. That’s something I’ve never gotten used to.

Sometimes, it’s other demonstrators, often nervous Israelis, asking me why I photograph the proceedings. Other times, it’s German TV crews, who ask to interview me, only to cancel when they find out I’m Jewish.

Here, there was no such weirdness. Whether with cameras or smartphones, everyone was taking pictures. Including the few Hebrew speakers I overheard, some of whom were in the company of Arabs or Palestinians.

Of course, Shireen Abu Akleh’s presence was keenly felt. Killed last week in Jenin, while covering an Israeli raid on the refugee camp, the Al-Jazeera reporter’s name and likeness were well-represented in the placards and banners being carried.

With only a limited amount of time to spare, I photographed and recorded the event as best I could. The idea of combining images and field recordings in a single article is new for The Battleground.

As a compulsive photographer and field recordist, it’s something I’ve wanted to do for some time. The Battleground is a space for documentary and street journalism, as much as political analysis, and there’s always room to expand.

Most importantly, it’s nice to know that there are parts of Europe other than Berlin where people feel compelled to get together and talk about the Middle East and its tragic history. For various reasons, that’s why many of us live here, not there.

Though there will always be people who complain that it’s bad for ex-pats to air their dirty laundry abroad, sharing a border with the Levant, Europe will always be the first place people from the region express their grief and trauma.

It was an act of contrition. In June, the King of Belgium returned a tooth to the Congo. END_OF_DOCUMENT_TOKEN_TO_BE_REPLACED

Few Italian elections since the turn of the millennium have felt more like the twentieth century than this one. END_OF_DOCUMENT_TOKEN_TO_BE_REPLACED

Not long after it opened in 2017, I paid my first visit to the House of European History.  END_OF_DOCUMENT_TOKEN_TO_BE_REPLACED