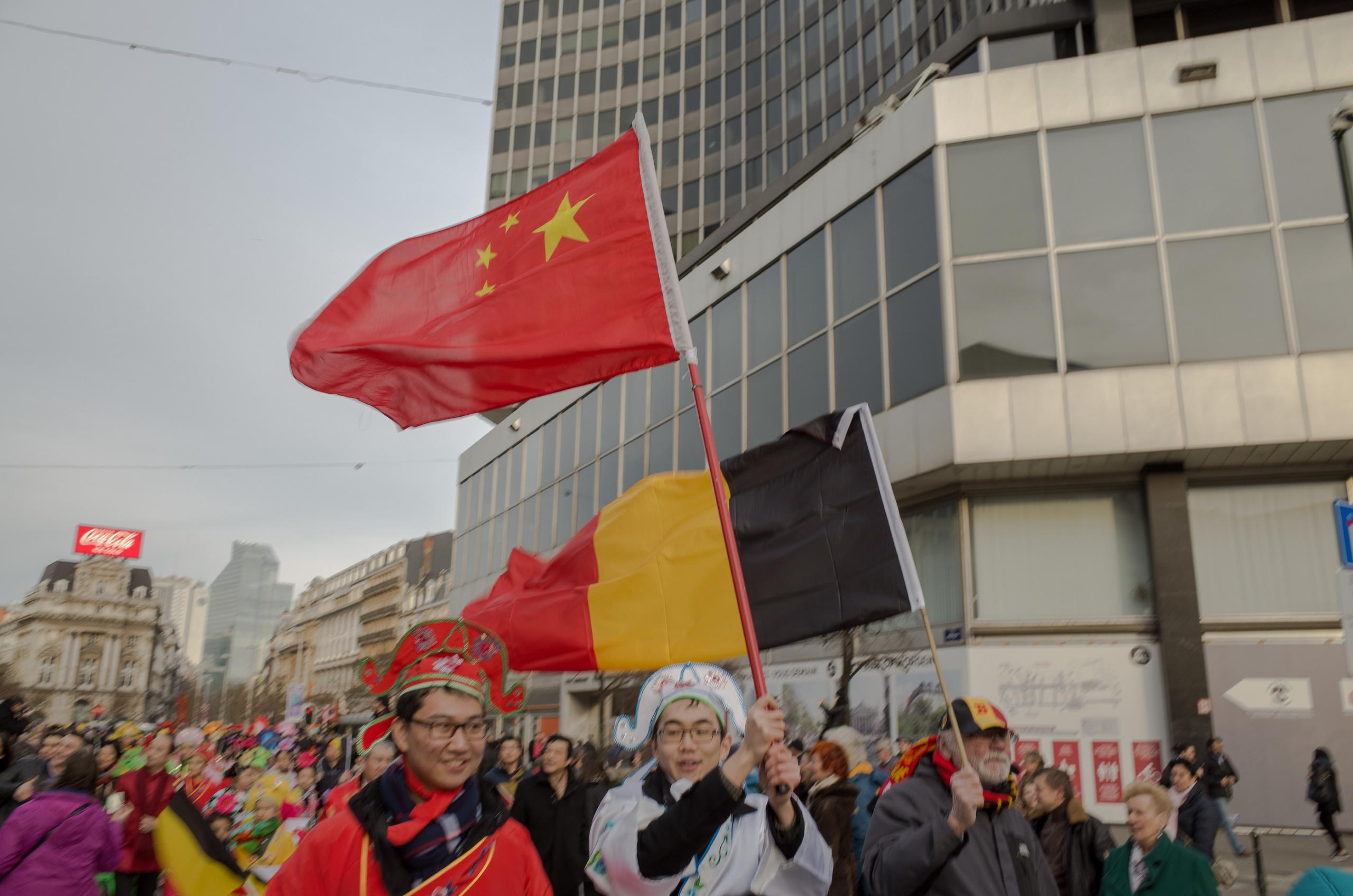 But dependence on Moscow is not the most important threat to Europe.

First and foremost, it’s rare earths where European industry and jobs are challenged.

The competition is with China in securing access to needed raw materials.

Then there are European relations with the US, which suffered greatly under Donald Trump.

Due to the war, rising energy prices are showing the fragile side of the global economy, compounding supply chain disruptions and shortages created by the pandemic.

Behind this, geo-economic power strategies are changing and new partnerships are needed.

It is just the beginning of a new distribution struggle for an emission-zero global order to implement the Paris Agreement.

The European Union needs to not only define its objectives but swiftly implement new industrial strategies to be a part of this.

The challenge is maintaining its position in the future globalised economy.

The Global Economy and Raw Materials

The European Commission has published a list of 20 critical raw materials that will be vital to European industry in the future and for which import dependency is particularly high.

The IEA argues that meeting the Paris Climate goals would mean a quadrupling of mineral requirements for clean energy technologies by 2040. An even faster transition, to hit net-zero globally by 2050, would require six times more mineral inputs in 2040 than today.

For example, lithium is the basic material for lithium-ion batteries, the most important component in electric cars together with cobalt and graphite.

Lithium is mainly mined in Australia, Chile and other Latin American countries. By 2040, worldwide demand for lithium will probably increase to six times today’s global production.

But even more important, the processing of battery-pure lithium, which can be used in cellphone batteries, takes place mainly in China.

Cobalt and graphite are also essential for electric car batteries. Here, too, the geographical concentration is enormous: around 70 per cent of the known cobalt deposits are in the Congo.

74 per cent of graphite is mined in China.

Nickel, on the other hand, has been required as an alloy for many types of steel for decades.

The role of nickel in battery production is gaining importance. According to the IEA, it could account for 60 per cent of industrial demand by 2040.

This is accompanied by a strong increase in demand for the metal, 60 per cent of which depends on three countries: Indonesia, the Philippines and Russia.

Similar to nickel, a significant shift in demand is also imminent for copper. The metal is needed for electrical cables and coils of all shapes. The largest copper producer is Chile.

After all, industry needs rare earths even more than it does today, for example for high-performance magnets.

China has secured access to these materials. It accounts for 60 per cent of the rare earth extraction and over 80 per cent of additional processing.

Hence, in the case of rare earths, the supply risk is particularly great.

In recent decades China has secured access to most metals and mineral raw materials.

If German cars are to roll off the assembly line as planned, they need primary products made in China.

Rare earths are also essential for the production of permanent magnets, which are needed in loudspeakers, headphones and hard drives as well as in the aerospace industry.

Magnets are crucial components in most decarbonisation technologies. Without magnets, there would be no electric cars, no fuel cell trains or trucks, and no functioning wind turbines.

The control of raw materials is a key strategic objective for Beijing. It is therefore unclear what will become of the European New Green Deal if the necessary raw materials from China are missing.

According to the European Commission, 93% of the magnesium, 98% of rare earths and 93% of bismuth supplied to the EU come from China.

The reasoning was that the government’s energy-saving targets could not be achieved otherwise. This had immediate consequences for the European aluminium and automotive industries.

A similar situation could be silicon production, which is extremely important for chips installed in washing machines and kitchen appliances, cars and cell phones.

Beijing is strategically expanding this advantage.

At the beginning of 2022, the government merged three of six previously independent rare earth companies into a conglomerate, the state-owned China Rare Earth Group Ltd.

With 62 per cent of the market, China is the global leader.

The key raw materials are now primarily planned for Chinese domestic production. This is due to the new concept of “dual circulation”.

The domestic economy is to be strengthened. Goods are only exported when available in sufficient quantities, bringing remarkable gains.

Europe could end up the big loser in the fight for future markets.

Understandably, the EU wants to build its own battery cell factories and not be seen as a competitor to Beijing’s Belt and Road Initiative.

The European Union intends to free itself of depending on China with a common policy for critical raw materials. But in such a scenario, it is not clear that the European strategy of finding, inventing and rediscovering is reliable.

It is easy to argue that the EU should free itself from needing China. But this means greater exploitation of domestic mineral resources and new global suppliers.

Europeans, it is important to point out, are averse to new mining projects.

For example, large protests against lithium mining in northern Portugal and in Spain took place in the fall of 2021, when the plans were first announced.

Even without protests, it takes a long time to open a new mine.

Take Germany’s Upper Rhine Valley, for example, where the Australian group Vulcan Energy is testing whether the lithium resources there can be used to supply the automotive industry.

It will take twenty years of testing and ten years of mining for this to happen.

For that reason, VW, BMW, Samsung and BASF have started a development project together with Germany’s GIZ development agency to procure cobalt.

The aim of Cobalt for Development is to enhance sustainable cobalt mining, especially in Africa.

Whether the project works out or not remains to be seen. But it’s a laudable effort.

China depends on the European Union as the EU is dependent on China. These are the current mutual dependencies of globalisation.

Change by trade with Russia showed Europe failed, as it did not create a mutual dependency. Buying gas and oil from Moscow did not prevent it from going to war with Ukraine.

This is the fundamental flaw of autocratic regimes. Mutual dependencies must be strengthened in such a way that both partners can feel secure in their cooperation.

Such partnerships must not become exclusive, as was the case between Russia and Germany.

However, the situation would not be better if the European Union’s member states, especially Germany, had never bought gas from Russia.

There would be no risk of Russia cutting off our gas, but we couldn’t threaten to stop buying gas from him either as Europe is doing to stop the war in Ukraine.

Sanctions have more of a political than economic impact.

Hence, regarding China, we have to strengthen mutual dependencies by internationally diversifying our sources of raw materials supply.

Germany is China’s most important trading partner, and vice-versa. Decoupling from China would have very high costs for the European Union but especially for the biggest economy in Europe.

To counter China, intensifying and deepening the economic ties with the United States is necessary and very useful. Renewing the TTIP (Transatlantic Trade and Investment Partnership) talks is meant to strengthen EU-US relations.

But the Europe Union has to understand that even a renewed TTIP will not be based on raw materials and will not be about the same products as those traded with China.

Both, the US and China remain of paramount importance for European prosperity and sovereignty. So, it would be a mistake to limit trade out of fear of dependency.

Furthermore, the United States is not the EU’s sole reliable partner. The Trump presidency particularly underscored this.

The European Union must prepare itself for the fact that in 2024 a US government less interested in international cooperation than the Biden Administration could be elected.

As long as Europe accepts that it is an economic giant without a prominent geopolitical role, robust and parallel dependencies will not be created.

Russia’s war in Ukraine repudiates the EU’s strategy of outsourcing its security to the US, its energy to Russia, and its economic growth to trade with China.

The best way to deal with this is for the European Union to improve its security relationships and become more of an independent military power.

A precondition for this is to reduce dependencies on raw materials from China, as it is doing with Russian energy supplies.

If Beijing attacked Taiwan, for example, Europe would find itself as constrained as it has been by Vladimir Putin’s decision to invade Ukraine.

Foucault once suggested that Clausewitz’s famous observation, “war is not merely a political act but a real political instrument” carried out by other means, be reversed, with politics made an extension of war. END_OF_DOCUMENT_TOKEN_TO_BE_REPLACED

Brexit will turn three on the last day of January, over six years since the 2016 referendum kickstarted Britain’s race to the bottom. END_OF_DOCUMENT_TOKEN_TO_BE_REPLACED

Be careful what you wish for. It may be a cliché, but it’s one the Greens are learning all over again. END_OF_DOCUMENT_TOKEN_TO_BE_REPLACED