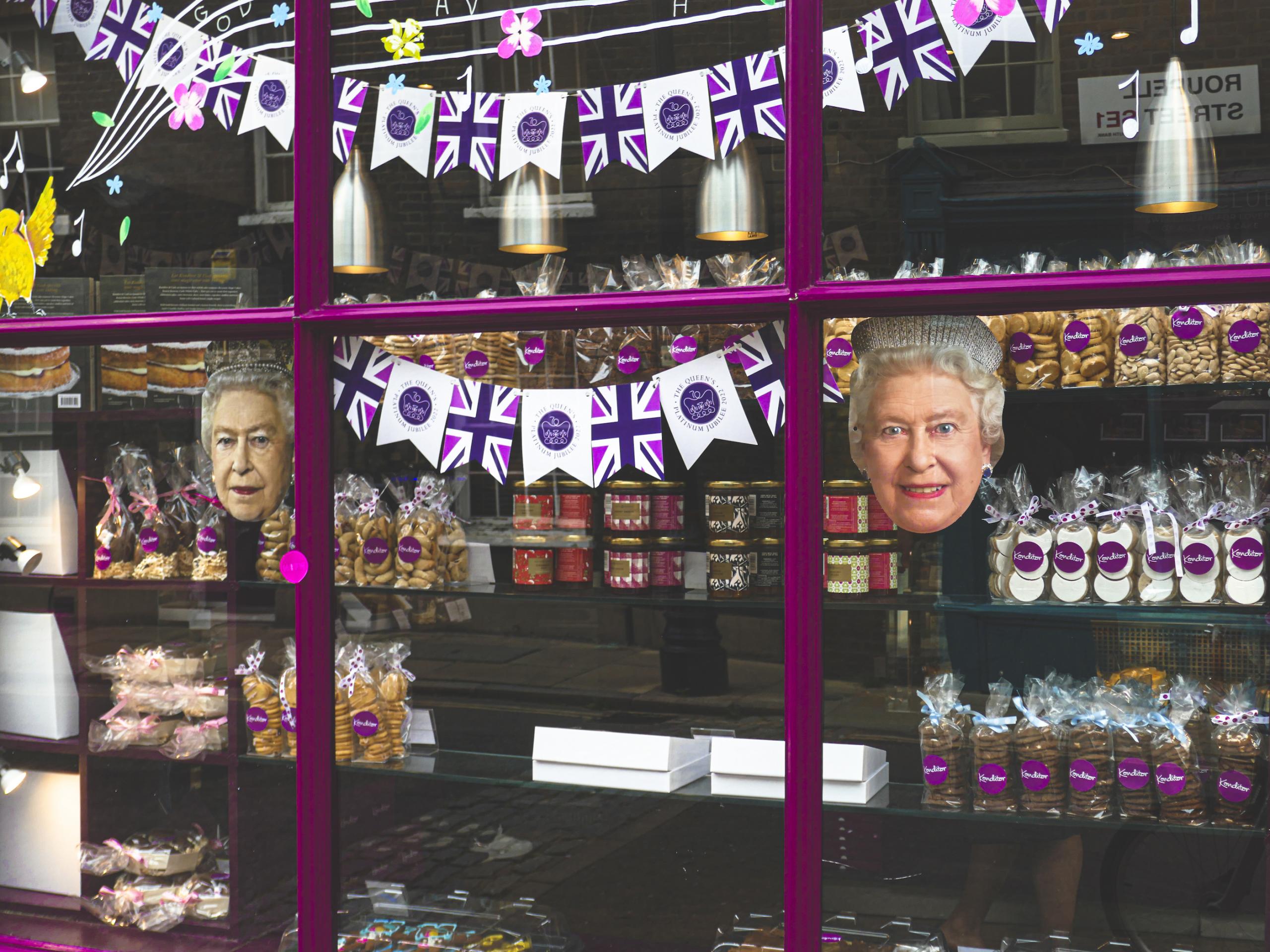 Nothing degrading about this picture. London, 22 May.

The flag and the crown have become crutches for a nation going from crisis to crisis.

Two extra days off were a welcome break from the pressures of the cost-of-living drama, the recovery from the pandemic and the desperate state of British politics.

Yet more than half of the country did not plan on celebrating Queen Elizabeth’s 70-year reign.

One YouGov poll found that 56% of those surveyed were not planning on celebrating the jubilee.

No doubt Britons enjoyed the long weekend and made the best of it. But the picture of a nation united in joy is not true.

Most British continue to support the monarchy according to the data, though the number has fallen from 73% in 2012 to 62% in 2022.

However, this decline could be reversed, though the inevitable succession could be difficult for the Windsorians.

Prince Charles is too divisive to maintain the Windsor brand, but there are signs even the younger generation is not a safe bet.

The monarchy still retains mass support, though its supporters have changed a lot. There are very few old-fashioned monarchists anymore.

What we have are a lot of people who like the royal family because they think it’s a soap opera, an extension of celebrity culture and even a reality TV show.

The monarchy is good for tourism. It’s good for a laugh. Those few Britons who still believe in the hereditary principle and the divine rights of kings are truly eccentric.

Many self-described monarchists are happy to disregard the hereditary bit, though, when it comes to Prince Charles ascending to the throne.

Some believing royalists are obsessive collectors of royal merch and even decorate their houses with these items. But this is more like fandom than reverence.

The Windsors are just another brand.

Most garden variety monarchists don’t hoard merch or even think about the royal family that much. The crown is just a nice novelty to keep around.

In other words, the British monarchy continues precisely because people don’t believe in it. It functions more like a primitive community in the jungle, an object of cult value.

Those who know about it support its continuation for sentimental reasons, as though the Windsors require protection since their way of life is threatened by Brazilian loggers.

If you read the tabloids, the country is united behind the monarchy and threw street parties out of patriotic duty.

That sounds nice. But there is a dark side to all of this. And I don’t just mean the buried secrets of empire.

Twenty-five years ago the tragic death of Diana Spencer sent Britain into a meltdown.

The news media dedicated all of its energy to covering the outpouring of public grief, the reaction of the royals and the princess’ funeral.

I remember the prolonged nationwide wake, the enforced mourning, the constant news coverage and the slime sprayed over anyone who questioned it.

Private Eye faced censorship over a cover referring to pictures of the car crash.

Comedians like Mark Thomas faced threats of walkouts if they made jokes about the princess or the monarchy.

Thomas had never experienced anything like this in all his years of stand-up.

A tourist was even assaulted for the heinous crime of taking a teddy bear from the piles of flowers outside Kensington Palace.

He was leaving the court – having been fined for theft – when he was attacked. “I did it for Britain,” the man explained.

Yet the 1990s was a low point for the House of Windsor. The royal family was wracked by scandals and had begun to lose support.

Many people began to wonder – as some still do – whether the monarchy would survive.

The popularity of the royal family has recovered and stabilised since.

The queen is a highly popular figurehead precisely because she takes no stance on issues. She is a figure of continuity.

Queen Elizabeth II enjoys an approval rating of 75%, according to YouGov. Prince William is the second most popular royal at 66%.

By contrast, Prince Charles has an approval rating of 50% followed by his wife Camilla at 40%.

Prince Harry and Meghan Markle are at 34% and 24% respectively.

Meanwhile, Prince Andrew – noted former friend of Jeffrey Epstein – is at the bottom with a mere 12% approval rating.

There is still no party of government that supports a republic as policy, while the only national campaign is Republic and it barely gets any airtime.

The monarchy isn’t just a piece of celebrity culture, it’s a fundamental part of the state and the source of parliamentary sovereignty.

We can’t question it without questioning the entire society in which we live.

Abolishing the monarchy would end centuries of hereditary rule in Britain and the beginning of a new politics.

Popular democracy means the rule of the people directly and not through compromise with a hereditary sovereign.

It may not have any consequence for educated, upper middle-class city-dwellers, for whom the monarchy is an irritating tax burden.

But, for the Little Britain, Brexit-voting demographic, there would be strong cultural implications.

Losing the royals would be a signal that British identity, as they knew it, was over.

The lack of a standard-bearer, in the form of the Queen, would mean having to come to grips with a multicultural country defined more by law than symbols.

This is exactly the reason so many Britons supported the 2016 referendum.

Brexit was a means of shoring up the cultural identity of a United Kingdom that had grown more abstract, and invisible, having become a part of Europe.

The end of Queen Elizabeth’s reign will open up questions about the future of the monarchy by itself.

The royal family is already facing declining support and once there is a succession, the public may not take kindly to the new sovereign.

The House of Windsor may have paid as much as £12 million to settle the case, but that’s speculation. The fact of the matter is that we still don’t know the true figure.

Never mind the tabloid spectacle of Meghan Markle and Prince Harry ‘stepping back’. This story was a throwback to the days when Sarah Ferguson was caught getting her toe sucked.

The tabloids love a royal scandal. The more sordid, the better.

The Windsors, at best, have been an amusing diversion about corrupt rich people.

As Dennis Skinner once put it, you cannot be regal and common at the same time.

You either lose the mystery and risk embarrassment or you remain safely distant from the people. A delicate balancing act is very difficult to maintain.

The reigning monarch has managed to maintain a balance in public, while the rest of the family has not.

The successor will have to adopt a style of benign neutrality to overcome years of bad press.

The chance of Prince Charles becoming King Charles III could strengthen the republican cause, but a referendum on abolishing the monarchy is still unlikely in the near future.

Something drastic would have to happen.

The reality may be that Britain will only abolish the monarchy in a revolutionary tumult. This means it will be a long wait until we decide to pursue radical change.

Not every media organisation can bear criticism, even self-criticism, but others require it to keep going. END_OF_DOCUMENT_TOKEN_TO_BE_REPLACED

Foucault once suggested that Clausewitz’s famous observation, “war is not merely a political act but a real political instrument” carried out by other means, be reversed, with politics made an extension of war. END_OF_DOCUMENT_TOKEN_TO_BE_REPLACED

Brexit will turn three on the last day of January, over six years since the 2016 referendum kickstarted Britain’s race to the bottom. END_OF_DOCUMENT_TOKEN_TO_BE_REPLACED