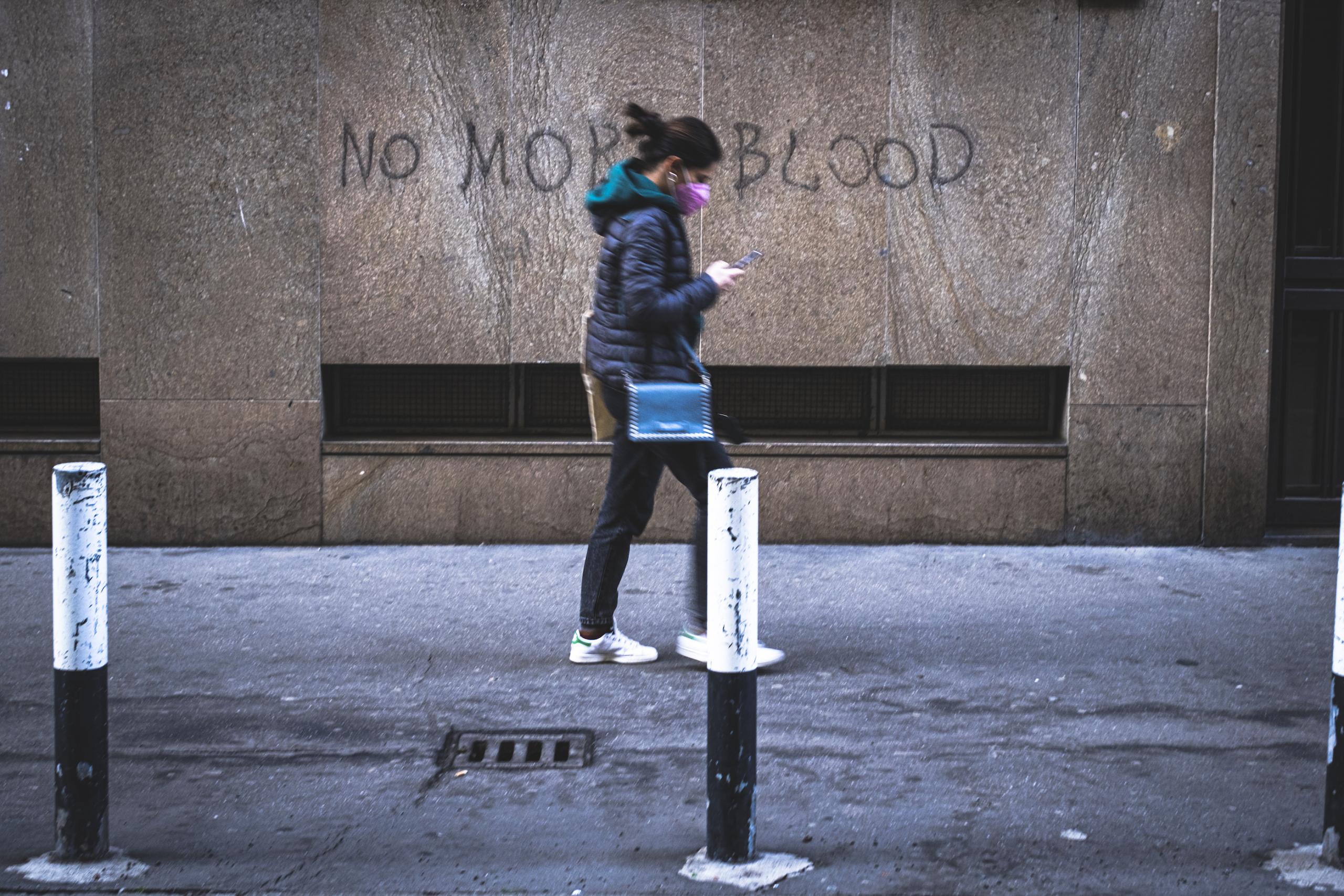 Scrawled on a Jewish elementary school behind the Synagogue of Torino, it’s a particularly loaded statement for its location.

It could be about the Israeli-Palestinian conflict and its lack of resolution. Or it could be about asylum seekers who drown in the Mediterranean. It’s impossible to tell.

But those are the parameters for interpretation. Located in San Salvario, an immigrant-heavy neighbourhood in the central part of the city, the ambiguity is in some ways necessary.

Anything explicitly tied to Israel these days inspires fear of Antisemitism, so the potential migration relation of the graffiti softens the blow, as it might also be about another bloodbath.

That the two crises might somehow be related is strangely reassuring, in its own unconfirmed way. If the author had more specific ideas in mind, I’d prefer not to know. This is better.

That the graffiti persists into a time of renewed war in Europe, now to Italy’s northeast, makes reading it even more complicated. I’m Israeli and Jewish, so my mind naturally tilts south.

At the very least, the contrast highlights the fact that there is no cultural need for graffiti about Ukraine here. The war with Russia is not a moral or cultural crisis of the same nature. So far.

One wonders if and when that might happen, as the Russo-Ukrainian war has altered European politics for at least a generation, if not longer.

Reviving Cold War divisions between Russia and the West on the heels of an unresolved COVID crisis, the conflict is just about the worst thing that could have happened at this time.

In some respects, that’s precisely why it may have seemed wise for Moscow to have struck when it did. Despite the long buildup, it still caught a pandemic-ravaged Europe and US unprepared.

Considering what it will take for Ukraine to persevere, it seems highly likely that the war will expand and eventually draw NATO directly into the conflict. Some say it has been from the start.

At that point, it will probably be easier to domesticate the conflict to such a degree as it could become a subject of graffiti, like this. One can only imagine what will end up making it feel closer.

In that light, this summer’s Battleground books list is probably the last to mirror the world before the war in Ukraine, albeit the primary concerns of global affairs think typical of the post-Cold War era.

Though there are some books out on the crisis already, it’s still too soon to see the same sorts of titles from the indie publishers The Battleground reads yet.

In the meantime, it’s hard not to look at the titles below and not imagine it somehow reflects the end of an era. Not that any of the issues they cover will disappear. Quite to the contrary.

There’s Always Another (Arab) Spring
You Have Not Yet Been Defeated: Selected Works
Alaa Abd el-Fattah
Seven Stories Press

Walter Ruttmann’s 1927 film Berlin: Symphony of a Metropolis is strangely suited for these times, when traditional moviegoing is in perilous decline, providing a way to disentangle the art of cinema from that mode of consumption. END_OF_DOCUMENT_TOKEN_TO_BE_REPLACED

That the first song on Soulside’s new LP ends with a sample from a 1952 American civil defence film Duck and Cover, about a nuclear apocalypse, says it all. END_OF_DOCUMENT_TOKEN_TO_BE_REPLACED

Based on the flurry of academic titles about it over the last decade, punk has become as common to college curriculums as it is to the Top 40. Why this took so long is baffling. END_OF_DOCUMENT_TOKEN_TO_BE_REPLACED