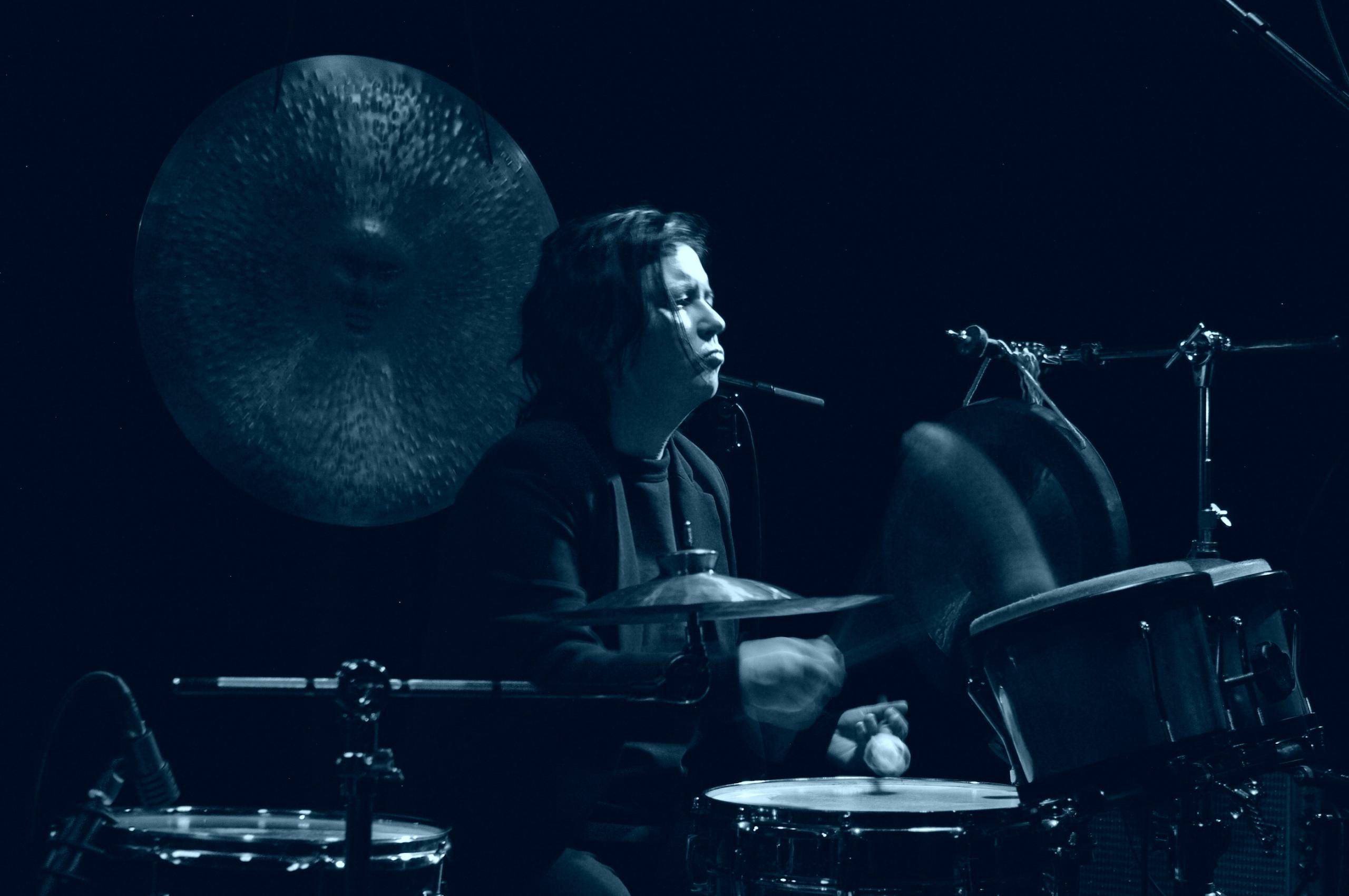 Consolidating the strengths of the band’s first two records, their eponymous debut and its successor, III calls a wide range of dub and dub-adjacent music to mind.

There are fleeting moments when the duo’s music sounds like Lee Perry’s more extreme instrumental experiments from his Black Ark days, the sort of echo-drenched bed that makes words seem superfluous.

And there are also parts of III that feel like dubstep mixes, only with the drums played live, beats skittering across the track like fallen marbles.

Because there are no vocals, the political theology of Jamaican artists and their worldwide imitators is absent. Someone who regards the stoned invocation of Zion as a sine qua non for the genre may not comprehend what Holy Tongue is trying to do.

But anyone who has spent time musing on the limits of dub is sure to get III and its predecessors.

Contextualising the record in relation to other work by its prolific creators makes it clear how intently the duo is trying to break with their respective brands.

Sometimes she still can’t help herself and fills her sonic canvas with a wealth of fine details. Most of the time, though, there’s enough room in the mix to prevent claustrophobia.

On his own, British producer Al Wooton seems to favour an EDM vibe, with some Pole-style crackle thrown in. It takes us back to the early 2000s, only with a lot less hype.

With III, by contrast, Wooton seems content to have Magaletti take the driver’s seat. On the opening track “Spirit Mask”, this means a profusion of beats, played too fast to give anybody a proper reggae fix. Jungle, it is not. But there are hints of 2-Step.

By contrast, the heavy closer “Rivers Cannot Wash It Away” hits the sweet spot, with a syrup-thick bass pulling the percussion back from the brink.

In other words, this short record is long on ideas. At times, it almost seems like a pedagogic mission, pleading with listeners not to let stereotypes close their minds.

That injunction applies to both space and time.

Not only are we reminded how much music can fit under the rubric of dub. We are also instructed not to be prejudiced against particular periods.

This is where the astonishing range of Magaletti’s many collaborations makes itself most strongly felt. Reggae, electronic, rock, even bebop flit in and out of focus. It’s clear that she has forged an approach that closes off no doorways.

Judging from his other projects, Wooton’s contributions here seem to reinforce this sense of proud ahistoricity.

When I was listening to III on auto-repeat, as I do when writing a review, an insistent voice in my head kept saying, “Mouse on Mars”, even though that storied German duo is not typically associated with dub.

After a while, I realized that it wasn’t a similarity in genre that had me thinking of them together with Holy Tongue, but a shared investment in refusing to be pinned down.

In particular, Mouse on Mars’ Autoditacker, kept popping into my head, almost as if I were hearing a few more layers superimposed on Magaletti’s inventive polyrhythms.

Revisiting that 1997 album, an old favourite that I had been superstitiously avoiding, I realized that every track seems to start from scratch, without ever giving the impression that the album is incoherent.

The late Dub Syndicate percussionist, Style Scott, was never far off either, particularly his penchant to throw in experimental breakdowns, and EQ his drums in unnaturally taught ways, on albums like 2002’s Murder Tones.

Holy Tongue’s III pulls off a similar feat, but within each of its four tracks. The music toys with staying in a groove, for the most part, but gives the impression that a great deal of energy must have been expended to prevent it from flying all over the place.

Perhaps the clearest example is in its use of classic dub sound effects, the spacy ornamentation that the genre’s Jamaican founders achieved by copying recordings until they started to lose detail in the margins, like the high-contrast blurriness that occurs when you try to make another photocopy of something that has already been copied a few too many times.

On III, these details are recreated on their own terms and allowed to drift through the mix without much policing. They don’t sound like a degraded copy so much as the simulation of that degradation.

Maybe the best measure of the EP’s success is that it is more interesting on the fifteenth go-round than it was on the first.

I listened to III while working out at the gym and hiking through the suddenly lush foothills near my house. That helped me to appreciate its bodily impact more than I would have sitting at home in a dark room.

The beats were particularly conducive to navigating rocky terrain, their studied irregularity a useful way to maintain a good pace when every step threatened to break my rhythm.

I just could have done with less of the processed sound of maracas that pops up throughout “Rivers Cannot Wash It Away”, because every time I heard it I did a double-take to see whether a rattlesnake was menacing me nearby!

The only problem with III is that, like II and Holy Tongue before it, the EP just isn’t that long. But it’s always better to leave your audience wanting more than to have them praying for less.

Photograph courtesy of Fabonthemoon. Published under a Creative Commons license.

Walter Ruttmann’s 1927 film Berlin: Symphony of a Metropolis is strangely suited for these times, when traditional moviegoing is in perilous decline, providing a way to disentangle the art of cinema from that mode of consumption. END_OF_DOCUMENT_TOKEN_TO_BE_REPLACED

That the first song on Soulside’s new LP ends with a sample from a 1952 American civil defence film Duck and Cover, about a nuclear apocalypse, says it all. END_OF_DOCUMENT_TOKEN_TO_BE_REPLACED

Based on the flurry of academic titles about it over the last decade, punk has become as common to college curriculums as it is to the Top 40. Why this took so long is baffling. END_OF_DOCUMENT_TOKEN_TO_BE_REPLACED