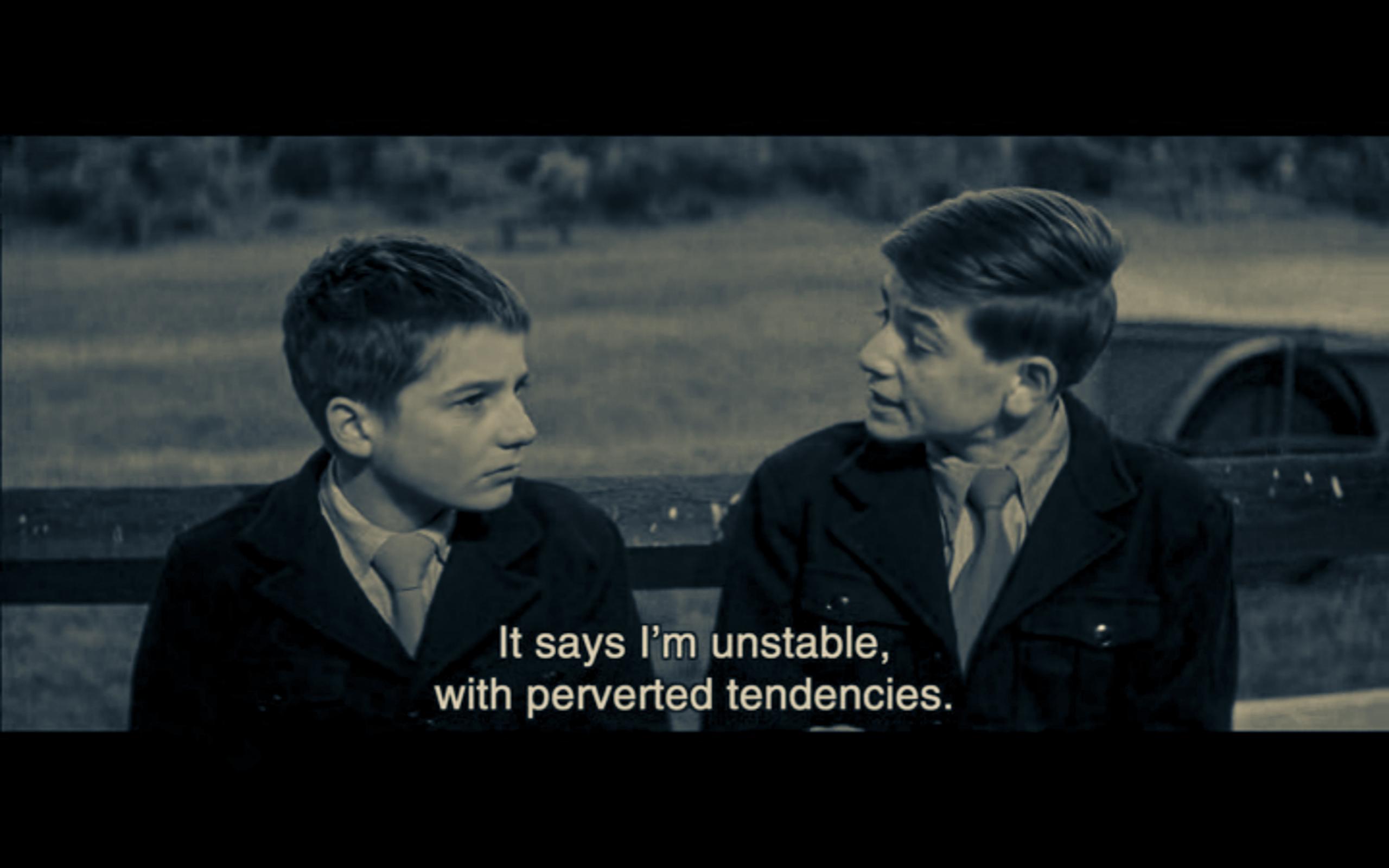 It’s also exalted as one of the best pictures ever made about being a child. But what can it teach us today, over six decades after it first appeared in theatres?

I’ve been wanting to undertake a film project for a while now, revisiting European films from decades past, both universally acknowledged classics like The 400 Blows and ones of lesser reputation that have conveyed a strong sense of historical and geographic specificity.

The idea would be to redeem them from the purgatory of datedness, demonstrating their value for a world that is increasingly post-cinematic, when the sheer quantity of content being streamed to people’s portable media devices not only makes it difficult to practice quality control, but even threatens to dissolve the once-sturdy distinctions between cinema, television, popular music, and literature.

When I wrote about Wim Wenders’ 1991 film Until the End of the World last month, I had already decided to begin the project in earnest. But it was only after seeing The 400 Blows that I could fully comprehend its scope and purpose.

That’s because I came to The 400 Blows as an innocent. I’ve known the film’s reputation for decades since I first became serious about cinema as a university undergraduate in the early 1990s. Yet somehow, against all odds, I managed to remain ignorant of its contents.

I didn’t know anything about the story, other than that it concerns a boy in early adolescence. And I only knew that much because I had once seen a still for the film in which that boy is wearing a checkered overcoat.

It’s almost impossible to simulate this kind of ignorance, no matter how hard I try. Once I have a clear sense of where a story is headed, everything I experience is shaped by that knowledge. But with The 400 Blows, I had no idea what would happen next.

Because I badly wanted to find out, it was easier for me to recognize what the film was doing in real-time. I’m always a careful viewer. With The 400 Blows, however, I was particularly keen to notice any clues the film might provide to the story’s destination, no matter how insignificant they seemed.

Sometimes that intense concentration would lead me astray, believing that I was witnessing a potential plot point, only to realise that the film had passed on to other matters. More commonly, though, it helped me to perceive a relationship between content and form, between the way the story unfolds and how Truffaut’s decisions as director tell a story about the story.

For The 400 Blows’ adolescent protagonist Antoine Doinel, Paris is a place of limited possibility.

When he cuts class to have a day of fun, the discipline he receives afterwards makes his fleeting pleasures seem pointless. When he steals a typewriter from his father’s workplace in the hopes of selling it, he not only fails to get a good price, but is arrested after trying to return it.

Even the film’s undeniably happy sequences testify to the constraints that define his life. After he accidentally lights a fire in his bedroom, his parents surprisingly decide not to punish him and take him along for a night out on the town.

They go to the movies and have dessert. That’s when we learn, from Doinel’s happy exclamation, that this is the first time he has ever tried strawberry ice cream.

While being unfamiliar with one of the most common flavours may not seem like a big deal, it testifies to how little experience he has been permitted to have, because of his relative poverty and his parents’ failure to pay close attention to his needs and desires.

For Antoine Doinel, the metropolitan landscape represents the only place where he can find temporary respite from his claustrophobic existence: on a primitive carnival ride, in a movie theatre, at a children’s play, or just navigating the streets.

This is a much freer world than his parents’ depressing walk-up apartment or his equally drab school. But it’s still a far cry from the romantic Paris of tourists’ dreams.

The 400 Blows shows us Paris in winter, chilly and not particularly charming. At street level, the camera frequently reveals heavy pollution in the distance, a product of the coal fires that working-class people like the Doinels depend upon for heat.

The combination of human and automobile traffic communicates a crowdedness that parallels his personal life, where he can never seem to find enough room to unfold his personality.

It’s not hard to anticipate the social explosion of May ‘68, that would come nearly a decade later. It is contexts like these that would send French students of Antoine Doinel’s generation to the barricades, protesting the oppressiveness of everyday life. And most of them had a more privileged upbringing than him.

Sometimes, though, François Truffaut’s camera shows us a vantage point that is impossible for the young Doinel to achieve.

It captures the faces of small children captivated by a play, but from a spot on the stage itself. It soars high above the streets of Paris, moving with an effortlessness that contrasts sharply with the rule-bound reality of the schoolroom or home. And it follows the film’s protagonist as he runs away from reform school and heads for the sea at the conclusion of the film, gliding magically alongside the boy as he hurtles forward.

In a traditional film of the Hollywood Studio Era, the sort that Truffaut wrote about while working for legendary critic André Bazin’s journal Cahiers du Cinéma in the 1950s, the camera’s seeming omniscience was not supposed to be registered consciously.

Rather, good filmmaking practice was intended to make the incontrovertible necessity of the apparatus disappear. The point was to excise the camera from the scenes it records, suturing over the void where it should have been so elegantly that it was psychologically difficult to imagine it had ever been there at all.

By the mid-1960s, directors like Jean-Luc Godard, Truffaut’s colleague from Cahiers du Cinéma, were going to the opposite extreme, trying out a variety of techniques designed to make audiences remember aspects of the filmmaking process that they had been trained to forget.

Although more of a traditionalist than those upstarts were, François Truffaut manages to have it both ways in The 400 Blows. H doesn’t constantly remind us of the camera’s presence, of everything that makes it possible to record cinema-grade images and sounds. Yet we don’t entirely forget it, either.

Whether it’s subjects that are slightly out of focus, slight shaking of the camera from the film’s many handheld shots, or the not-completely-smooth motion of the camera as it ascends above Paris or keeps pace with the running Doinel, we confront a subtle self-reflexivity that reminds us formally of the freedom that the boy is repeatedly denied.

Truffaut reinforces this message at the level of content, most notably when we see Antoine Doinel’s tear-streaked face as he looks out through the bars of a police van at the places where Parisians take their evening pleasures. The camera enjoys access that he cannot, seeing more than he can.

I must emphasise that I remarked on these qualities of The 400 Blows before I had finished the film or read anything about it.

In my notes, for example, I wrote about how the “locus of identification is split between the protagonist and that freely moving camera eye”, discerning Truffaut’s balancing act between traditional and nouvelle vague filmmaking practice without knowing anything about the director other than the fact that he was a critic before becoming a director.

When I later read François Truffaut’s biography and learned that he had once been a rebellious adolescent alienated from both his family and his school, this split made perfect sense. So long as he was trying to find a measure of freedom on the streets of Paris, the young director was like Doinel.

Only when he learned to lose himself in cinema, first as a habitual moviegoer, then as a critic, and finally as a director himself was Truffaut able to break loose from the constraints that bind Antoine Doinel to a life of frustration and misfortune.

As one of the new generation of critics at Cahiers du Cinéma, François Truffaut helped to develop what we now know as auteur theory, in which the most consistent and accomplished directors are imagined to have nearly as much control over the finished product as an author writing in solitude.

Perversely, this theory effectively erased almost all of the crew and the technological apparatus that they are required to operate in order to exalt the director.

In other words, although these critics worked hard to make audiences remember the existence of the camera, they simultaneously encouraged them to forget that filmmaking is an emphatically collective process, more akin to industrial production than writing alone in a study or café.

In the end, the camera is identified with the director to such an extent that it becomes more fantasy than reality.

What sets The 400 Blows apart is that Truffaut, who was already fashioning himself as an auteur, conflates both the camera and his protagonist with himself. Crucially, though it is necessary to know his biography to confirm this simultaneous division and doubling of identification, we can perceive it without knowing a thing about him.

That aspect of the film makes it pertinent for contemporary audiences, who often find themselves navigating a similar kind of divide on the social media platforms they use, treating their own experiences almost like fiction, which they shape through a variety of techniques that invite followers to identify both with the person being depicted and the person doing the depicting.

More troubling is the realisation that the small measure of freedom Doinel enjoys in walking around Paris has become a great deal harder for young people to find today.

Whereas in 1959 it was still possible to get lost for hours before having to pay the price for one’s rebellion, the combination of mobile phones, security cameras, and the intense surveillance exerted over children in school make it almost impossible for them to sow their wild oats as Antoine Doinel does.

In Ladj Ly’s superb 2019 film Les Misérables, which takes place in the same district as Victor Hugo’s classic novels, an Instagram photo proves to be one boy’s undoing and the drone footage shot by another boy of the police using excessive force on the culprit nearly does the same. Even when portable technology becomes the means of recording injustice, it restricts our liberty.

Ultimately, François Truffaut’s portrait of Paris in winter shows us how far we haven’t come in the intervening six decades.

Although the city is much more multicultural than it was then back then — as are London, Berlin, and Rome – the working-class existence it makes possible has become significantly harder. The intense violence inflicted on French minority youth for protesting police abuse, as seen in Les Misérables, is an obvious example.

Maybe more young people today have tasted strawberry ice cream. But how many of them retain the dogged sense of wonder that moves Doinel to keep misbehaving?

The 1970s was a decade of broken dreams. The end of the postwar boom brought to a close the era of middle-class liberalism in Europe and North America. END_OF_DOCUMENT_TOKEN_TO_BE_REPLACED

Serbian director Dušan Makavejev’s 1968 film Innocence Unprotected manages both to explore the legacy of wartime trauma seriously and to make fun of itself in the process.  END_OF_DOCUMENT_TOKEN_TO_BE_REPLACED