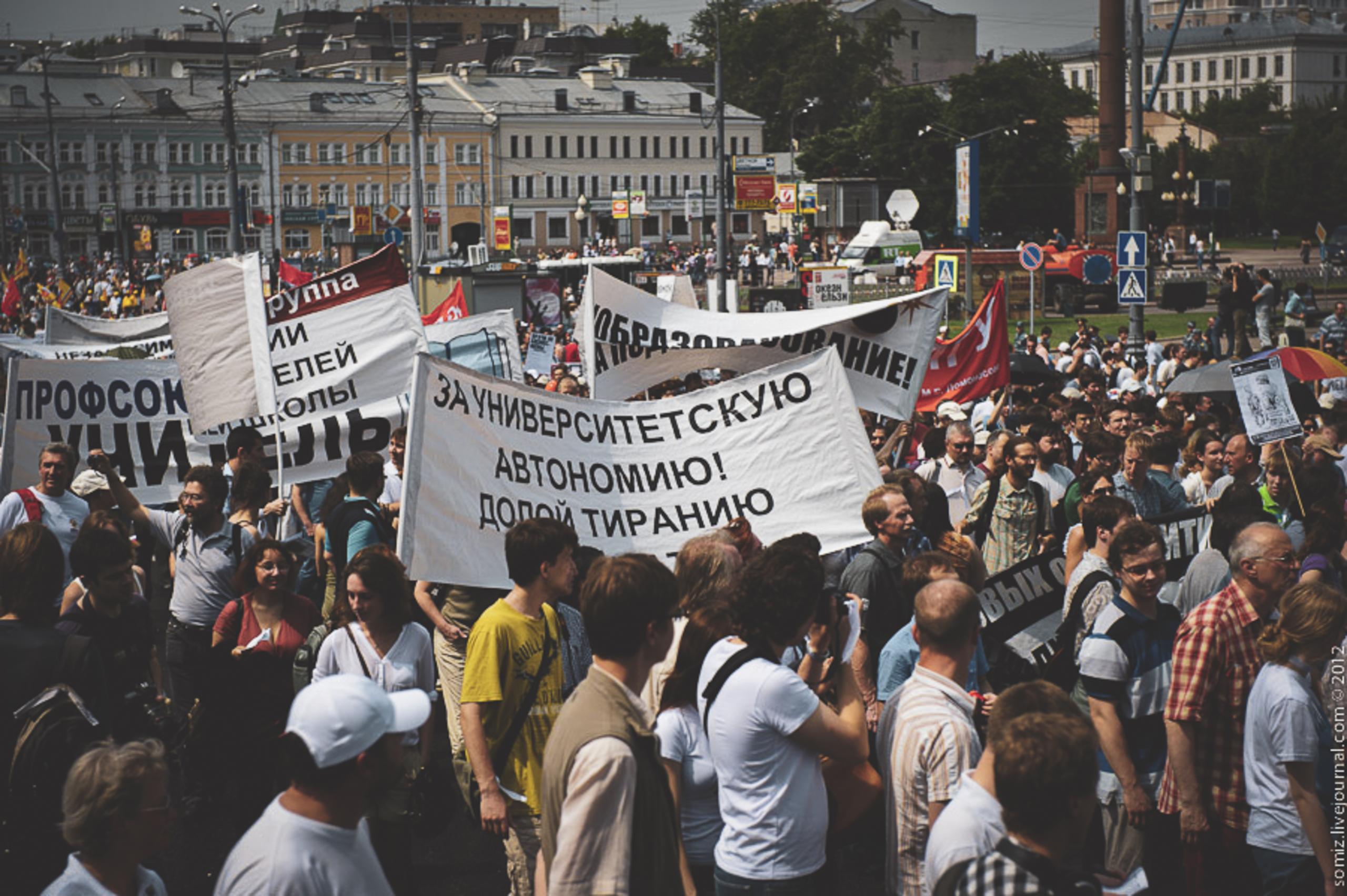 I spent much of April of this year on the phone with my former students from my time teaching in Russia in 2015-2016.

Not February and March. This may well be a personal failing on my part. But in the first six weeks of the war, my brain only had bandwidth for my Ukrainian friends.

However, by April I began to catch up with my former students. My first ones, and so the students I remember best, from my first experience of being the teacher in a situation.

As first experiences go, I’m not sure it counts if you lasted less than half a contract. If you’re not sure, that’s never a good sign.

But I remember so vividly the sense, when I was twenty-nine years old, of being on the precipice of almost-thirty, and all the feelings almost-thirty brings, of crossing over, standing in front of the classroom, not sitting in a lecture theatre being taught.

My students were closer in age to me than my colleagues, close enough that my affinities always lay more with them than the superiors who berated them for handing in assignments late.

But I was sufficiently older than them that they’d ask me questions about “What the Arab revolutions had been like” as though they were some far-off historical event, like the moon landing or listening to a gramophone.

I’d taken the job in Moscow in 2015 in large part to force myself to talk about the Arab revolutions in the past tense. I wrote my doctoral dissertation on Egypt as the events unfolded, and my thesis got entangled in the twists and turns, and implosion of the revolution.

Euromaidan and the Ukrainian conflict in 2014 drew a line in my mind — the thread of the revolutionary impulse of the 2010s but transmuted to the post-Soviet context — and having practised my Russian in 2014, a year later whilst waiting for my doctoral viva, an old professor I’d known in Sarajevo put out a call for a post-doctoral position in Moscow.

I thought that nowhere will ever break my heart again like Cairo did, so I may as well go big, to another great metropolis.

When I packed my bags to leave for Russia, I used it as an opportunity to throw out everything I’d accumulated in or that reminded me of Egypt. The spring of youth was over. It was time to go out into the cold.

2015 was the 2010s’ low point of relations between Russia and the West, although halcyon days compared to the current situation. Sanctions were in force by the time I arrived. Opposite my university building on Myasnytska Street, some chancers had renamed their bar Sanctions Bar, decorated in the aesthetics of America’s Great Prohibition, a national ban on alcohol between 1920 and 1933.

On the streets, amateur comedians had spray-painted “Call this number if you wanna score some parmesan”, in reference to 1990s drug-dealer code and the fact that parmesan cheese was now among the banned imports.

In my professor’s apartment, which always made me think of the Soviet film The Irony of Fate, for how my apartment block was designated by profession, just like the muhandeseen (engineers) quarter I’d lived in, in Cairo, there had once been signs in the building in English. But, in 2015, they got taken down, in a pointless little gesture against the West.

My students, on the other hand, were more culturally western than I was, and in the break periods after my first lectures caught me up on all the 2010s pop culture I’d missed when I’d been knee-deep in a failed revolution and mourning my friends and my innocence.

In an irony now too painful to dwell on — my lectures were for the public policy programme, and focused on human rights — the administrator told me to pick one human right listed in the UDHR to focus on. I chose freedom of assembly and freedom of expression.

My lectures with the students soon turned into discussions about their own experiences of the protests in 2012, their opinion on Alexei Navalny, and whether a ‘spring’ could ever happen in Russia like it had in Egypt.

Just as often though, in the discussion groups of my lectures, my students’ questions were practical: How can I get a job in Brussels in Rome? How can I come to study in Europe?

I asked them once, “Don’t you think you’re already in Europe?” and they looked at me, kindly, like I was from Mars. Of course, we weren’t in Europe, we were in the opposite of Europe. Every single one of them planned to leave Russia as soon as they could.

I, on the other hand, spent the first three months of the year-long position walking around the city imagining if it could be my new home since I was so shaken by Egypt and so heartbroken at the revolution. I needed a new home somewhere. Why not here?

I found myself two Russian language teachers, one in the north of the city, one in the South, one an LGBT rights activist and one a Putin supporter. Between the two of them, I spent my Saturdays on the chandelier’d underground, listening to Russians talking to each other and imagining one day I would talk to them too.

My students were instantly, charmingly welcoming to me. But beyond them, I initially found it very hard to make friends in the city.

This may be a cliché observation for a western encounter with Russians, but my emotional experience with the country ran in opposite direction to the seasons, after I arrived in September and braced myself for my first Moscow winter.

People were cold, frosty and unsmiling, until like a miraculous spring, suddenly they were full of warmth and friendship.

I’m not sure what exactly it was that unlocked them, but once you became their friend, it was closer to a marriage than a western concept of someone you’ll chat with to pass the time. A friend was someone for whom you would do anything and not ask anything in return.

By the time of the new year celebrations, I had friends, marked the new year with them Russian-style, and thought, maybe this can be my home.

I returned to classes in January, to hear my students’ stories of their holidays, and to receive a water-marked, official letter that my lecture course was under review.

University communications were always on paper, with more marking on it than a passport, printed in block Russian script and signed by some hand from some mysterious place to mark it as official.

I was told to go an administrative office in the university building (on a different campus to where I lectured, so I spent the afternoon getting lost and finger-frozen on Moscow’s streets), where an official gave me a piece of paper in Russian that I was to take to another office, and another to another until someone wasn’t in the office, and I was told to come back tomorrow.

Following this trail of breadcrumbs and someone always being away from the office went on for several weeks. I asked one of the students in confidence if he could translate what the pieces of paper said.

“Oh shit,” he laughed, “Oh boy. You can’t be teaching us what you’re teaching us. They will shut your course down.”

He shrugged and smiled, used to this feeling of being a bug on a windscreen of the government, while I grew infuriated, like an entitled western brat, that my course could be altered without any explanation. Just as I had begun to imagine maybe Moscow could be somewhere I could build a life, somewhere I had made friends who would do anything for me and me for them.

Perhaps I should have seen the signs before my course got amended. Like the professor’s apartment they put me in, with the two men always standing just opposite the building.

I eventually said “Fine, just send them back to my father.”

All through the Moscow winter, I thought longingly about those Agnes B and TOAST clothes on which I’d frittered my PhD scholarship money, “lecturer clothes” I’d bought to demarcate my new beginning of standing-in-front-of-the-class-not-sitting-in-it, berating myself that I couldn’t justify having bought them if they were just going to sit in a storage unit on the Russian border.

This was only partly true. I couldn’t justify buying those fancy clothes anyway.

One of my student’s mothers insisted that she give me dozens of new outfits, because we were friends then, and that’s what friends do for one another in Russia. Now, every time I give a lecture, I make sure I wear something she gave me.

I was back in Oxford by late February 2016. My old Oxford friends were bemused that my Russian year lasted less than six months.

I applied for a post-doctoral fellowship at Tel Aviv University, which opened a whole other can of worms that saw half of my friends not want to talk to me anymore for “breaking BDS” and “not being sufficiently committed to speaking out against Israeli human rights violations”.

I compared the fair-weather nature of my Oxford social sphere in my mind — so easy to cut off a connection, so quick to mark someone as no longer worth one’s time, all the gossipy little ‘who is on good terms with whom this month’ elbowing and bickering — with how my Russian students had treated me.

The kindness above politics or personal interests, the connection operating at a deeper level than signifiers of whether you are just like them. I missed them so much.

I didn’t have a vocabulary for this connection I felt to my Russian students, how much I cared that they did well in their exams, how much I wanted them to read and learn and grow.  We kept in touch on VKontakte and — until 2022 made it difficult for Russians to use the platform – Facebook, as I moved to new countries and they tried to come to the West.

In my post-Moscow years, I wrote references every few weeks every time one of them wanted to apply for a position in London, Brussels or Rome.

Students I’ve had in the years since always feel slightly like an echo of my first time in the classroom with my Moscow students, talking about whether people can really change their government, and whether the sacrifices of protesting injustice are worth it.

It was my students who got arrested, not me. They knew the texture of those difficult trade-offs of social movements and chose which hill to die on better than I did.

Six weeks after the Ukrainian war began this year, one of my former students called to say she was scared that in protesting against the war, she was putting her mother in danger, and asked me for advice.

I cried and cried and said, “I’m so sorry Katya. I have no advice, but I’m here, I’m your friend.”

Six years after they graduated, the course I taught no longer exists. Every student I’m still in touch with has either left, plans to leave, or has been arrested for protesting the war.

I’m so sorry that they have learned so many lessons about the world that they should never have had to know.

Brexit will turn three on the last day of January, over six years since the 2016 referendum kickstarted Britain’s race to the bottom. END_OF_DOCUMENT_TOKEN_TO_BE_REPLACED

Be careful what you wish for. It may be a cliché, but it’s one the Greens are learning all over again. END_OF_DOCUMENT_TOKEN_TO_BE_REPLACED

Before his arrest, Andrew Tate was just another influencer with bad politics. END_OF_DOCUMENT_TOKEN_TO_BE_REPLACED