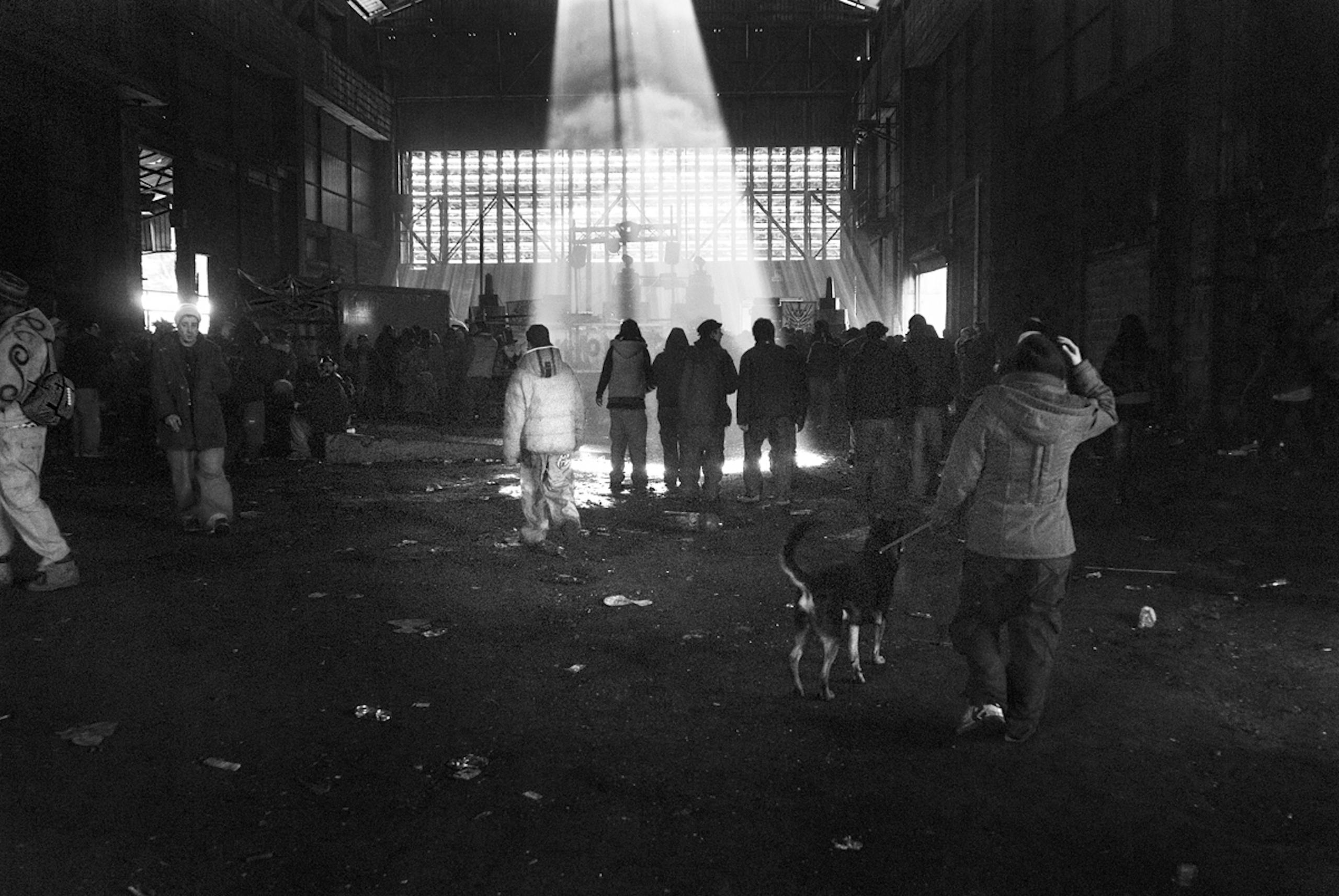 Because you do not need to know much of anything about those traditions to hear what the eponymous Egyptian emigré Rami Abadir is doing on tracks like “Pyrolysis”, “Drifting Rituals”, and “Another One”.

Each song combines the sort of skittering beats that anyone who has set foot on a dance floor over the last three decades will recognise — perhaps the most self-consciously global music ever made — with sounds that even naïve listeners are likely to identify with his native land.

Other musicians have experimented with what might be called a “post-Orientalist” aesthetic, whether from an inherently imperialist perspective or one that ironises it from within, as a kind of immanent critique.

ABADIR has written about the latter for the groundbreaking Arab-language music magazine Ma3azef, where he not only covers electronic dance music from North African and Middle Eastern sources, but also produces interdisciplinary commentary on contemporary culture more generally. He knows both the practice and the theory, backwards and forwards.

But ABADIR’s music doesn’t have that air of trying too hard that frequently afflicts the creative output of critics. On the contrary, it comes from a place of delirious abandon, however shadowed by anxiety and despair.

This is truly music that obeys George Clinton’s endlessly referenced dictum. It moves the body so well that the mind is bound to follow.

Consider the title track. It begins with a kind of humorous squawking, the kind of sound effect that wouldn’t have been out of place in a rave tent circa 1993. A polyrhythmic stutter-step commences, accented by a ghostly synthesizer chorus. For the first thirty seconds or so, the track stays within the bounds of EDM convention.

And then it starts to live up to its name. First, the trebly percussion starts to become more irregular and complex, adding layers that complicate our sense of the underlying beat. Then, a little over a minute in, a full drum circle suddenly highjacks the track. Over the remaining four minutes, these elements continually recombine, fusing together into music that is neither West nor East.

In the liner notes for the album, ABADIR explains that the idea of making it took root when he began to try out loops of traditional Egyptian Maqsoum with Jungle tracks he was playing for a DJ set: “I noticed that the Maqsoum rhythm complements the Amen break in a refreshing way. The first time I actually tried integrating both in my productions using ‘call and response’ was when Ice Eyes asked me to remix one of their tracks. The result was the closest to what I had always imagined to be my own club sound.”

This no-bullshit description communicates what almost anyone listening to Mutate would be able to hear, even if they lacked the terminology to specify the music’s component parts.

But it doesn’t convey the aplomb with which ABADIR pulls this feat off. It’s a hack made in heaven.

“I set out to make an album using the same technique with some of my favourite club genres. My aim was to mutate those genres, collecting different types of Arabic rhythms and cooking them with Jungle, Jersey Club, Reggaeton, Footwork, etc. It’s an irreversible equation, like a chemical reaction, where the output is a melted piece which cannot be broken down into its separate inputs. Instead of ‘deconstructing’ or generally looking beyond club music, I made some fatty, straight-up dance floor music.”

It’s important to point out that ABADIR had already done plenty of “deconstructing” prior to making Mutate. His previous four albums all engage in different versions of that conceptual exercise. On 2018’s Clattered Tell, he even has a track called “Decons”.

Most impressive is the way he manipulates the human voice on 2019’s Aphasia – which imagines an increasingly plausible dystopia in which human beings have lost the ability to connect with each other through language – and last year’s Pause/Stutter/Uh/Repeat, a tour de force of fragmentation that conjures meaning from its own destruction.

In other words, if ABADIR declares that he wanted to make “straight up dance floor music” for once, that means something different – and more interesting – than the same statement coming from an artist who has primarily been creating for the club all along.

Interviewed by Shape+ magazine recently, ABADIR emphasized that, while cultural critic Mark Fisher’s work remains an influence on his thinking, he does not regard his music as an example of what Fisher termed “hauntology”.

“The whole theorisation behind hauntology, lost futures and the cancellation of the future is based mostly on a local British context,” ABADIR notes. “I think the failure of the future or the disappearance of what is new isn’t applicable in other regions.”

If classic Orientalism represented a projection of Western fears and desires onto a largely imaginary East, an Orientalist hauntology would obey a similar logic, discerning in the work of an artist like ABADIR the ruins of a Western future, rather than recognising that its fragmentary quality is just as likely to demonstrate an attempt to organize building blocks for assembling a non-Western future that is only just now coming into view.

Mutate’s dancefloor-friendly rhythms initially seem to exempt it from such rarified territory and could, perhaps, make the record seem conservative, at least when compared to its predecessors.

But if we take ABADIR at his word, a much better take would be to argue that here he has produced an album that demonstrates how to proceed from deconstruction to building, making something new and exciting instead of taking apart what has become stale and disappointing.

While this may not seem like a time for optimism, it makes sense that the mounting crises facing Europe – ABADIR lives in Berlin – would provide a window of opportunity for those lands and people it has subjugated, exploited, and discriminated against, whether back home or in the diaspora.

Photograph courtesy of diadà. Published under a Creative Commons license.

The 1970s was a decade of broken dreams. The end of the postwar boom brought to a close the era of middle-class liberalism in Europe and North America. END_OF_DOCUMENT_TOKEN_TO_BE_REPLACED

Serbian director Dušan Makavejev’s 1968 film Innocence Unprotected manages both to explore the legacy of wartime trauma seriously and to make fun of itself in the process.  END_OF_DOCUMENT_TOKEN_TO_BE_REPLACED