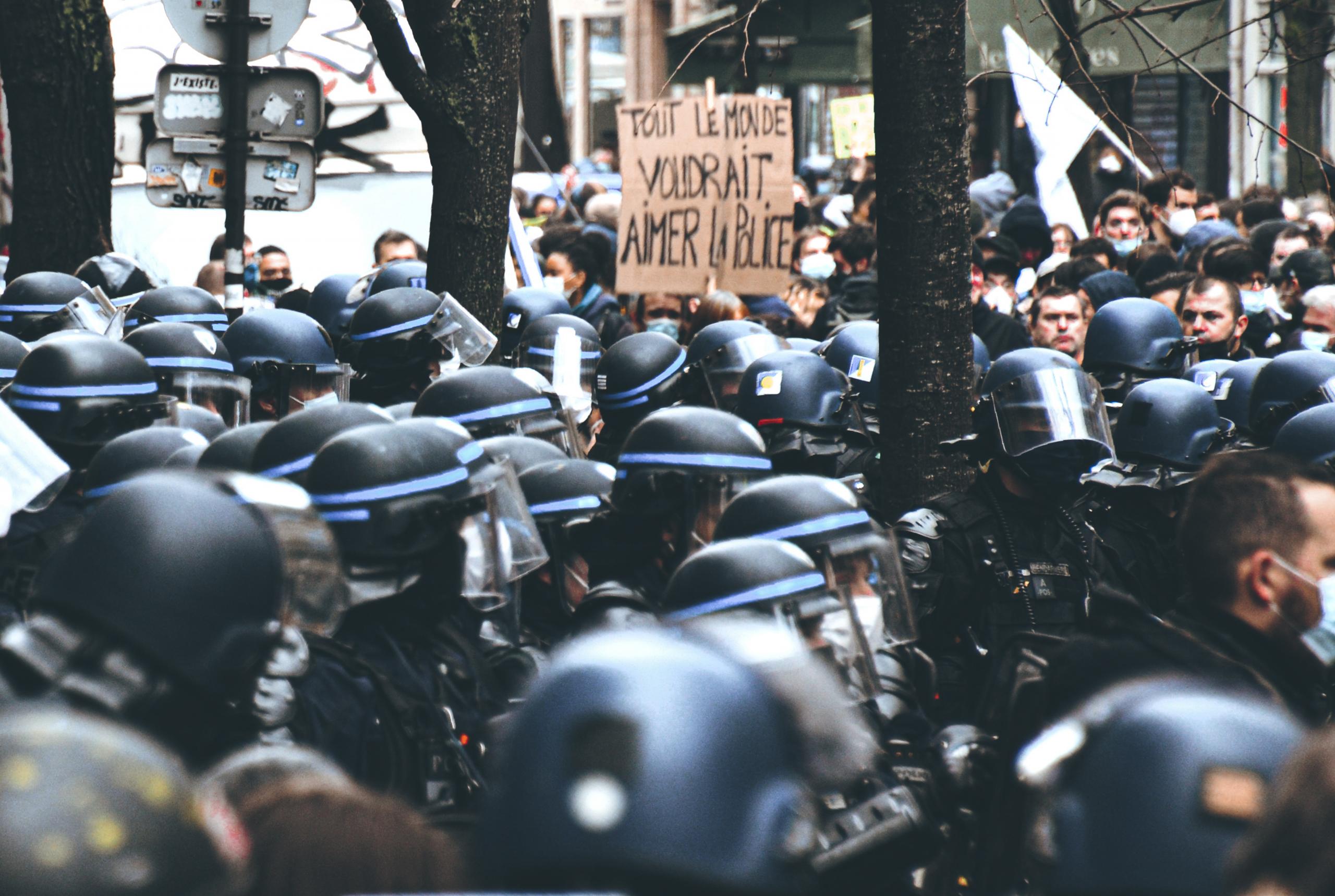 Mainstream rock-and-roll is rapidly becoming a niche market like jazz, relegated to the status of a cheap historical signifier for anyone who wasn’t there, man.

And even though its punk and metal subgenres have large enough fanbases to avoid this fate for now, most of the music they generate falls into the category of reinventing the wheel.

Yet Maudit Dragon’s eponymous debut strides proudly into those headwinds, undaunted by the prospect of being ignored by a world that has seemingly moved on to other forms of expression. In the words of one of the few write-ups the record has received, “Ça claque!”

Maybe nobody was clamouring for a reprise of the early Sub Pop aesthetic, only sung in a darkly romantic French that calls Baudelaire and Rimbaud to mind. But now that we have it, it becomes clear that we all should have been.

Because this is music that furiously repudiates all the meta-ness of our own times, that has no interest in being reduced to a thirty-second TikTok loop.

Maudit Dragon doesn’t make the kind of music that you put on or take off like a stylish outfit, but the sort that merges with your flesh.

I listen to a lot of great new music, in a wide variety of genres. But it’s getting hard to find records that bypass my inner critic the way Maudit Dragon did, records I want to incorporate instead of evaluate.

That’s why once I realised that I couldn’t track down anything else from Maudit Dragon to listen to – at least not thousands of miles from the band’s Grenoble home – I decided to savour the album the way I would have decades ago, before the Internet made it possible to research almost anything remotely.

Whatever I was doing for the past few weeks – driving around, waiting for medical appointments, working out at the gym,  – I listened to Maudit Dragon exclusively, until I would eagerly await the return of all my favourite parts: the Tad-worthy heaviness in the opening bars of “Châteaux de verre”; the way the title of “Tuer la bête” is ironically mirrored in the sound-alike line “Tu est la bête”; the Electrelane-reminiscent whoo-hoo backing vocals that propel the opening track towards a rollicking conclusion, as the title “Ailleurs” (meaning “elsewhere”) is shout-sung over and over.

After a while, I had trouble remembering what it had been like to not have Maudit Dragon in my life, which isn’t a feeling I have very often these days. I realised that the album had transported me back to the days, some three decades ago, when my world revolved around music to a degree that now seems improbable.

Back then, I used to visit my local record stores almost every day, looking for imports that rarely showed up in the bins, but also ready to be taken by surprise. Frequently, I went with the knowledge that buying an album might mean having no money left over for food. Still, when something captured my fancy, I rarely showed restraint. If the cover art looked interesting or the song titles stood out, I would gladly take a risk, figuring that the record would outlast my hunger.

Because of my financial constraints, each and every purchase was consequential in ways that people who grew up in the streaming age can scarcely imagine. Even if a record turned out to be a disappointment, I felt obligated to keep listening to it until I could buy another one. But if the record lived up to my expectations, I would play it so much that it became an extension of my flesh.

In retrospect, I now realise that most of my greatest finds would have been known to the DJs at local college radio stations. At the time, though, the best ones felt miraculous, opening doors in what had previously seemed to be featureless walls.

Since this period of my life coincided with the years between my high school and university graduations, most of the artists I learned about this way belonged to the still-alternative subgenres that were making the biggest impact in the late 1980s and early 1990s.

Even now, when it’s infinitely easier to track down new music in affordable ways, I thrill to discover records from that era that I missed the first time around. And I’m even more excited to find new music that sounds like my favourite albums from back then.

That’s why Maudit Dragon was able to collapse the critical distance I’ve subsequently learned to maintain. It sounds so much like the rock music that I was listening to in “the year punk broke” that I can’t believe it was made by people who weren’t even alive then.

Though the album draws from a range of influences, it most closely resembles the volatile hybrid of punk, metal, and art rock that bands like Hole and Babes in Toyland were refining back then, too self-absorbed and sludgy to be considered part of the nascent Riot Grrl movement, but too invested in a confrontational mode of feminism to be included in the boys club of grunge.

What I loved about that music was its recognition that the foundations of power are never wholly rational. Where logic fails, the flesh has to be willing. And that willingness is most effectively communicated in sounds too bold to be confined in neat-and-tidy forms, ones that are blurred around the edges, yet all the more enthralling for that lack of precision.

Maudit Dragon do an amazing job of reclaiming the hard-won knowledge of that era. Although less in-your-face than songs like “Swamp Pussy” and “Teenage Whore”, their lyrics invoke the legacy of the nineteenth-century poète maudit, an inspiration for Patti Smith, the “godmother” of feminist post-punk.

While this might seem to distance their songs from current events even more than the early-1990s vibe of their music, it actually has the opposite effect, making them seem more relevant precisely because they reject both the dominant culture of today and the sort of mindless nostalgia demonstrated by young people who wear Nirvana T-shirts without knowing most of the band’s music.

In other words, the double displacement Maudit Dragon achieves situates them emphatically in the present, conjuring the dream of an “ailleurs”, not out of a desire to retreat into the past, but in order to redeem its broken promises for our own times.

This seems sadly fitting, given that the political situation for women has been deteriorating worldwide, as men actively conspire to undermine the self-worth of anyone they deem responsible for constraining their privilege.

It’s worth asking, however, whether younger fans of bands like Maudit Dragon respond to their aesthetic program in the way that someone like me would.

Do they hear a kind of music that is inextricably bound up with the end of the Cold War, the peak of the AIDS crisis, and efforts to rekindle dreams deferred in the 1970s? Or do they, rather, hear something new, which appeals to them because it assiduously avoids the clichés of our own era, when cultural forms are shaped primarily by the platforms that make their distribution possible?

It may not matter, in the end, so long as enough of them listen to it. Because Maudit Dragon are astonishingly good at communicating on a visceral level that makes the answer to these questions seem irrelevant.

When the here-and-now feels like a prison, perhaps the only way forward is back, whether in a historical sense or a developmental one, returning to an abandoned timeline in order to chart a different course into the future:  “J’aimerais trouver une solution ailleurs, ailleurs”.

The 1970s was a decade of broken dreams. The end of the postwar boom brought to a close the era of middle-class liberalism in Europe and North America. END_OF_DOCUMENT_TOKEN_TO_BE_REPLACED

Serbian director Dušan Makavejev’s 1968 film Innocence Unprotected manages both to explore the legacy of wartime trauma seriously and to make fun of itself in the process.  END_OF_DOCUMENT_TOKEN_TO_BE_REPLACED