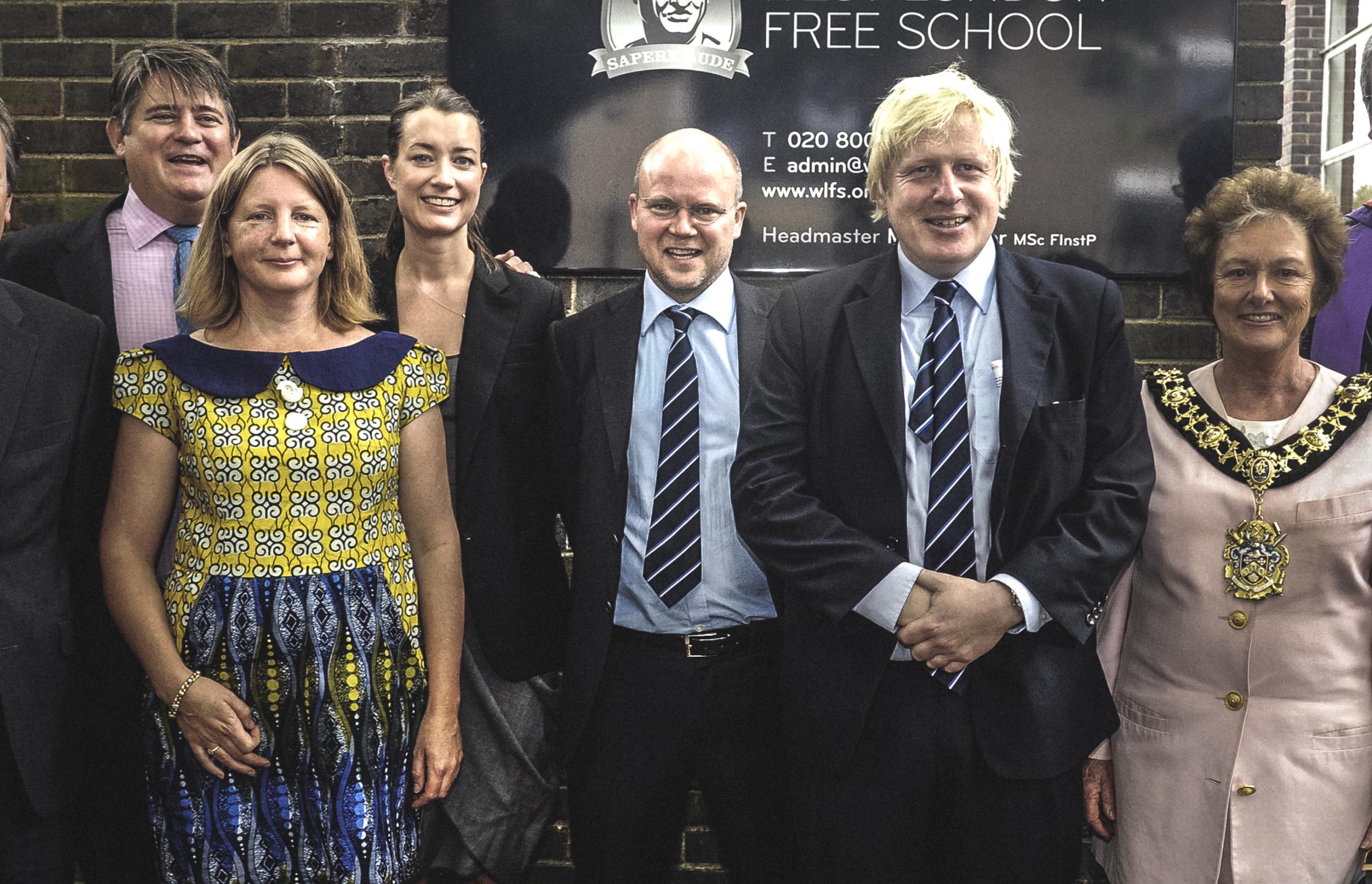 Admission is not cheap. With memberships going for £950 a year, plus a £250 fee to join, it costs to hang out with the cognoscenti. High culture always does.

This should be the location for the relaunch of Modern Review since its editors and many of its staff writers were prominent members. First announced in August 2021, a year later, the 21st-century edition has yet to materialise.

The brief story of Modern Review could be scrawled in lines of cocaine on a Groucho table. It would be a fitting tribute to the magazine since coke was the fuel that kept its team going through funding troubles and very public rows.

The Modern Review was the brainchild of former music journalist Julie Burchill, who first made her name covering the ‘77 punk explosion for NME, together with her then-husband Cosmo Landesman, and Toby Young, both of whom are now at The Spectator.

The three minds conceived of Modern Review to serve up ‘low culture’ to a ‘high-brow’ audience. How high-brow their readers actually were remains a matter of conjecture. But the shtick was influential.

The trio created the magazine in 1991 with some start-up cash from Peter York. Modern Review would last until its abrupt demise in 1995, but the magazine created a stir in the British media.

Somehow Modern Review managed to snare such influential fiction writers as the award-winning Will Self, High Fidelity author Nick Hornby, and influential critic and novelist James Wood, who now teaches at Harvard.

Burchill famously invited Hornby to join the roster with a postcard.

Several prominent London journalists, including The Guardian’s John Harris, got their start there, too.

Modern Review became a model for cultural coverage throughout UK media, punching far above its weight.

However, this meant that the magazine would be short-lived as large newspapers, including The Guardian, quickly copied their approach and poached many of their writers.

This is why the people behind Modern Review prefer to think its demise was the result of its success.

The full picture is a bit less glorious. The magazine’s short life might be best memorialised for its chaotic editorial team and its drug-enhanced melodramas.

You don’t need to be a cokehead to be a journalist, but it certainly helped if you wanted to work for Modern Review.

Indeed, the supply of the white stuff may have helped keep many low-paid staffers on board for its brief run.

This was a big cultural difference in itself.

British journalists have long been notorious boozers and ‘functional’ alcoholism has been regarded as a professional deformity of the media.

Alcohol suits the hard graft of reportage and punditry, whereas cocaine is a much more frenetic substance. It’s useful for the insecure and egotistical in equal measures.

So we shouldn’t be surprised that there was a nastiness to the journalism at Modern Review.

Envy was a defining characteristic of the publication, according to Will Self. He should know since he played his own part in its cut-throat culture.

Take the case of Nick Hornby, who published his book Fever Pitch while at the magazine. The editors immediately turned against Hornby and handed Self the hatchet and ordered him to take it to Hornby’s work. And so he did.

“There’s this streak of mean eye-gouging, scrotum-twisting, you know, arsehole-kicking that is quite unpleasant. And, you know, I’m not really that proud of having engaged in it,” said Will Self.

Not proud of his past conduct, Self tried to burn Toby Young alive. He grabbed Young and threw him into the pub’s fireplace. He later reflected that this was not his “best moment”.

“You have to bear in mind that he was really phenomenally irritating. I mean a really noisome little tick,” he explained.

Naturally, large quantities of alcohol and stimulant drugs were involved. Will Self would later leave the magazine for The Observer, where he would make a name for himself shooting up heroin in John Major’s plane.

The case of characters involved in Modern Review may have been debauched and cynical, but the writing they published made an impact on British journalism.

It’s worth asking why.

Despite the grandiose claims, Modern Review was not as original as the drug-addled minds behind it wanted to believe.

First of all, the magazine was not the first attempt at a high-brow engagement with low culture. Far from it.

The rest of the press soon began paying attention to the new kids on the block. If it was high-brow, the magazine wouldn’t have had the influence it had among the newspapers of its day.

This is precisely why the creators mistook well-worn ideas for originality. The flair was the style and delivery.

The state of UK media was so stultified in the early 1990s that such non-journalistic stunts easily made waves. It represented a new kind of tabloid sensibility: offensive, but directionless, with an undercurrent of cultural gravitas.

Stories about the editorial staff’s juvenile behaviour have lasted longer in publishing circles than memories of their innovations. There were plenty of interesting shenanigans, the kind you only get when your team is high.

Julie Burchill, for example, got into a ‘fax war’ with the American ‘anti-feminist feminist’ Camille Paglia and called her “a crazy old dyke”. That the adversaries were both conservatives of different stripes made it even more interesting.

The Burchill-Paglia exchange was turned into a feature in the magazine. Years before social media seized mass culture, Modern Review had published a prototype for Twitter war reporting.

Speechless, I knew Toby Young was a right-wing, sexist moron but… https://t.co/SfGKBYCIaz

Young wanted to throw in some pictures of Hurley half-naked, but her lawyers blocked the photos from being included. Hurley later became an overnight sensation, as some journalists like to say, after wearing that Versace dress.

The tapes made it past Hurley’s attorneys and were distributed. Yet these editorial decisions drew Burchill’s ire. She accused Toby of trying to turn Modern Review into a “knocking shop”.

It wasn’t an unfair accusation given that Toby Young reportedly slept with staff writers and interns, including Charlotte Raven (who apparently saw it as a chore to get out of the way).

This is partly why a dramatic end for Modern Review was more than likely.

Some of its best writers had jumped at the chance to get better salaries and bigger platforms. The magazine was caught in a catch-22 by its lack of resources.

He would soon move to New York City to work for Vanity Fair, but only after he brought down the house of cards around him.

Burchill and her newfound lover, the aforementioned Raven, wanted to take over the magazine and change its approach. Rather than cede control, Young decided to tear down the magazine in a strop.

The editor walked away comfortable, imagining that no one else could run Modern Review. This didn’t stop Burchill from trying to relaunch the review in 1997. It lasted for just five editions before folding once more.

There was no chance of resurrecting the magazine after that because the best aspects of its editorial work could be found in any mainstream newspaper’s culture section.

It’s unclear why Young feels he can bring it back. Today, he’s involved with a slew of right-wing websites, magazines and newspapers.

If Modern Review were to truly be relaunched, it would undoubtedly read more like them, than the first run of the 1990s magazine. As though the UK needed another right-wing publication.

I wonder what’s happened to Toby Young’s all-new Modern Review, last seen hosting a Great Lockdown Debate between all of the worst people in the world. https://t.co/hsL7QBpSG2

Modern Review was always Toby Young’s baby. The move may be driven more by nostalgia for the early 1990s than anything else.

Given what flux the British publishing industry is in, and the lack of any discernible innovation in right-wing media, perhaps he sees an opening. If so, Young is the only one who sees it.

Modern Review was always an industry title. It was more influential in the media than on British culture at large. The majority of its readers were likely other journalists.

The magazine’s circulation peaked at just 30,000 readers with the famous Liz Hurley edition. Its readership averaged around 10,000 readers per issue.

This is a small readership by today’s online standards, but in the 1990s, it was not uncommon for influential niche publications to do numbers like these.

Small indie titles were comparable to boutique blogs, that influenced the influencers for a while. Some survived for a few years, like Modern Review. Most did not.

Unsurprisingly, for a brief moment, the death of Modern Review received more inches of coverage than anything else, “except for the war in Bosnia”, as one documentary about the magazine put it.

Likely untrue, but you get the idea. More people were reading about its demise than actually read the magazine itself.

Yet, nearly thirty years later, Modern Review may be back. For anyone who remembers the publication, relaunching it is one of the stranger possibilities in UK media.

It’s hard to see how it could possibly repeat its inglorious streak from 1991 to 1995. But, in the dead zone that is Britain, anything goes. A rude Unherd? That’s the only thing that comes to mind.

Particularly nostalgia for a more optimistic era than the post-Brexit dystopia we live in today.

Photograph courtesy of Hammersmith and Fulham Council. Published under a Creative Commons license.

Walter Ruttmann’s 1927 film Berlin: Symphony of a Metropolis is strangely suited for these times, when traditional moviegoing is in perilous decline, providing a way to disentangle the art of cinema from that mode of consumption. END_OF_DOCUMENT_TOKEN_TO_BE_REPLACED

That the first song on Soulside’s new LP ends with a sample from a 1952 American civil defence film Duck and Cover, about a nuclear apocalypse, says it all. END_OF_DOCUMENT_TOKEN_TO_BE_REPLACED

Based on the flurry of academic titles about it over the last decade, punk has become as common to college curriculums as it is to the Top 40. Why this took so long is baffling. END_OF_DOCUMENT_TOKEN_TO_BE_REPLACED