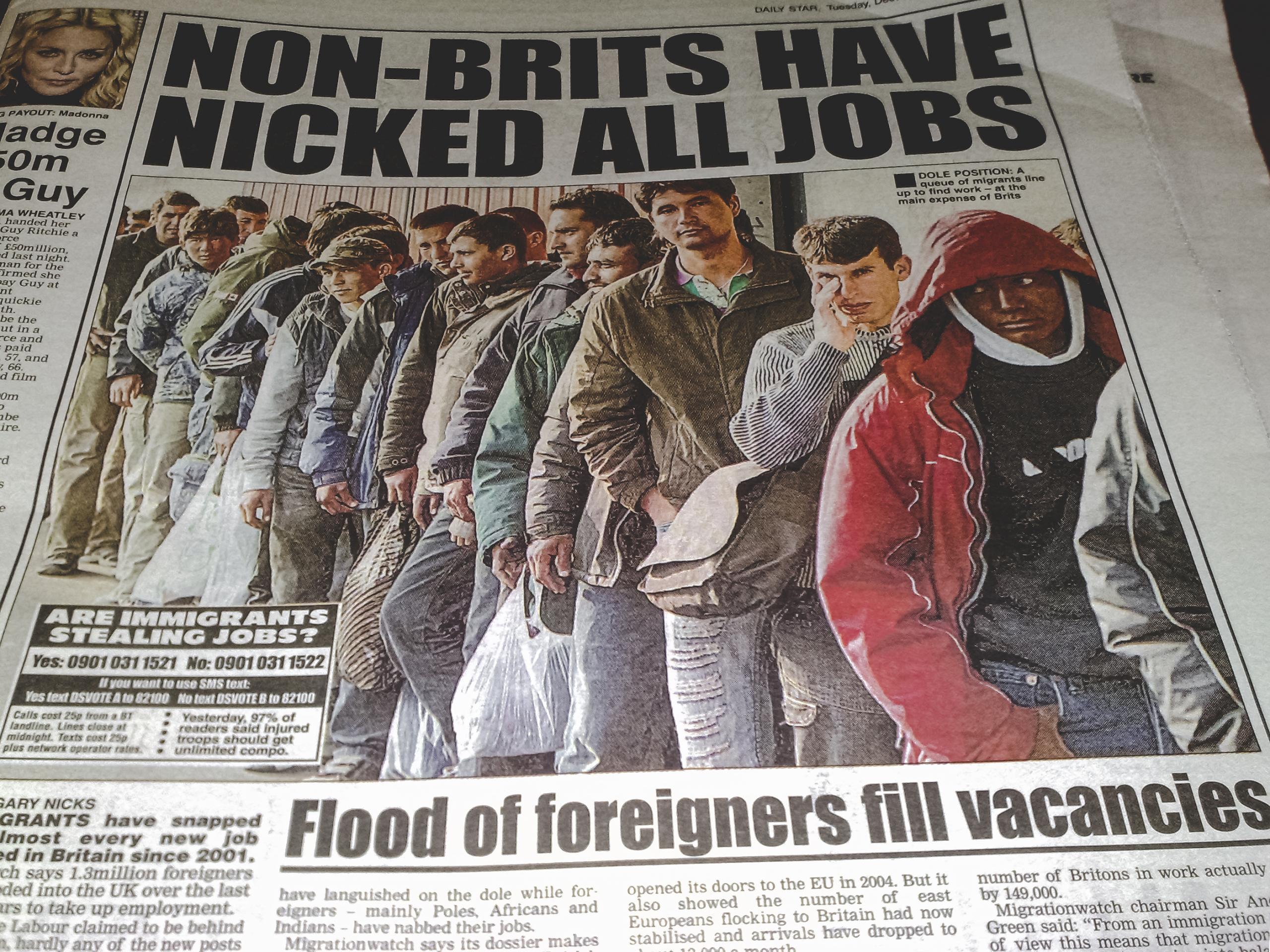 The Economist predicted that Prime Minister Truss would not last more than the average shelf-life of lettuce. So the Daily Star decided to stream footage of a lettuce wearing a blonde wig and googly eyes sitting next to a photo of Truss.

Running a live stream of lettuce gradually decaying isn’t the most obvious way to hook an audience. Nevertheless, around 1.7 million people tuned in to behold the lettuce (including yours truly).

This is the kind of stunt that keeps Britain’s tabloid press alive in the 21st century. The old combination of reactionary politics and topless models don’t sell papers anymore.

This is not unusual. Every British tabloid is populist and the majority are right-wing, though the original format was intended to speak to working-class people. It was meant to be progressive, social democratic populism.

We’re a long way from the days when Hugh Cudlipp pioneered tabloidism for just causes. The Sun began life as a Labour-supporting tabloid as well. It didn’t last. The same was true for the Star.

Not surprisingly, Lizzy the Lettuce gained international fame. Media organisations around the world reported on the lettuce, but this led to some confusion about the character of The Daily Star.

It was amusing to see The New York Times mistook the Star for a “left-wing newspaper” on Twitter. The NYT had to issue a correction (on Twitter, naturally) to recognise that the Daily Star claims it is “independent and non-partisan”.

Anyone with a weak grasp of the Star’s history knows the tabloid is anything but left-wing. The newspaper’s claim to be “non-partisan” is even more amusing since it was owned by a right-wing adult TV tycoon until 2018.

Some people hoped The Daily Star would turn out to be a credible, progressive alternative to The Sun when it was first launched. The story has worked out quite differently.

The flaw was in the design. The Star had to compete with the right-wing tabloid on its own territory and so it inevitably had to run similar material to appeal to the same readers.

The Daily Star was once a part of Richard Desmond’s media operation, including The Daily Express which supported UKIP after it got tired of the Tories. But now the newspaper is owned by Reach, the same company behind the Mirror.

After the change in ownership, long-time editor Dawn Neesom stepped down and Jon Clark was made editor-in-chief. It was the end of an era. Neesom had edited The Daily Star for 15 years.

Under Neesom, the Star was accused of promoting the English Defence League (EDL) in a 2011 editorial. This piece included a poll finding most Star readers agreed with the EDL about the ‘problem’ of Islam.

The Daily Star was even scolded by its Sunday sister newspaper for flirting with the anti-Muslim group. This was not the first disgrace in the paper’s history, far from it. But the story of the Star’s rise and fall is a complex one.

When it was launched in 1978, The Daily Star sold 1.4 million copies on its first day and it was still regularly selling 1.5 million copies in 1981. It looked like the Star might be able to overtake The Sun.

The Daily Star’s target audience was Northern and Midlands readers, whereas The Sun was printed only in London at the time. Star editors had a clear strategy of running strong news and features with a progressive non-Tory perspective.

This combined with its version of page three and promotions such as bingo made it a serious rival to both the Sun and the Mirror. However, this would not last and the paper would face disaster before the end of the 1980s.

In 1987, the Star covered claims that Conservative MP Jeffrey Archer had met with a sex worker. This had been covered elsewhere, except the Daily Star went further and claimed Archer had sex with her (god forbid).

Archer sued the newspaper for libel and won £500,000. Editor Lloyd Turner was sacked six weeks later. He even served time in prison for the Archer story and had to leave journalism.

It later turned out the story was true. Turner’s work was cleared, but he had died five years before Archer’s perjury was finally exposed in 2001. By then the Star was unrecognisable.

Worse still, the newspaper claimed the child would go topless once she turned 16. Advertisers walked, readers walked and shops stopped stocking the Daily Star. Journalists resigned in anger. It looked like it might be the end.

Gabbert was replaced with Brian Hitchen, nicknamed ‘Benito’, who set out to restore the paper’s fortunes. He was so right-wing he confounded South African President FW de Klerk with his anti-ANC questions at a press conference.

Benito had mastered his craft at America’s National Enquirer. He published photographs of Elvis Presley lying dead in his casket and sales jumped to 6.5 million. He thought he could do the same for the Daily Star.

The article included discredited claims that the fans attacked police officers trying to help the injured and dying. Many UK newspapers repeated the claims, but The Sun managed to eclipse them all in its staggeringly vile quality.

By running the notorious headline, Sun editor Kelvin McKenzie earned his reputation for nastiness but we should not forget Hitchen backing the same claims. His record wasn’t forgotten by Thatcher, who included Benito in her honours list.

The Star’s sales decline was reversed on Hitchen’s watch and even reached a high point of 2 million copies sold. He moved on in 1994 and circulation went back into decline, falling to 580,000 in 1998.

So the Daily Star came full circle from one purveyor of adult magazines to another. The newspaper had dedicated itself to celebrity gossip in the absence of a strong capacity for news gathering.

The Sun gave up on page three in 2015 after years of campaigning against it mainly because it wasn’t the thrill it used to be. It took the Daily Star four more years to reach the same conclusion.

However, the Star has become better known for its outrageous stories and ridiculous headlines. It’s the kind of paper that creates an alternative reality for its readers — a more absurd, extreme and hilarious world. It’s hard to look away.

Of course, the newspaper maintains a low level of politics mostly in the form of cultural resentment. Though the Daily Star editors maintain it throws muck at all politicians.

It's as if they've never watched the Terminator franchisehttps://t.co/2z3xRP8ZqK

The newspaper is no fan of ‘wokery’ and still belongs to a kind of right-wing tabloid culture, but it’s not quite as noxious as it once was. For starters, the paper no longer has the reach it did in its heyday.

It’s unlikely the Star will ever reach those heights again. Now it’s on the same side as the Mirror, and The Sun appears to be fading.

As the world of tabloids is dying, there may be no better option than running on absurdity.

Photograph courtesy of secretlondon123. Published under a Creative Commons license.

The conflict between Russia and Ukraine continues with no end in sight. END_OF_DOCUMENT_TOKEN_TO_BE_REPLACED

Some websites make the news, others make headlines. END_OF_DOCUMENT_TOKEN_TO_BE_REPLACED