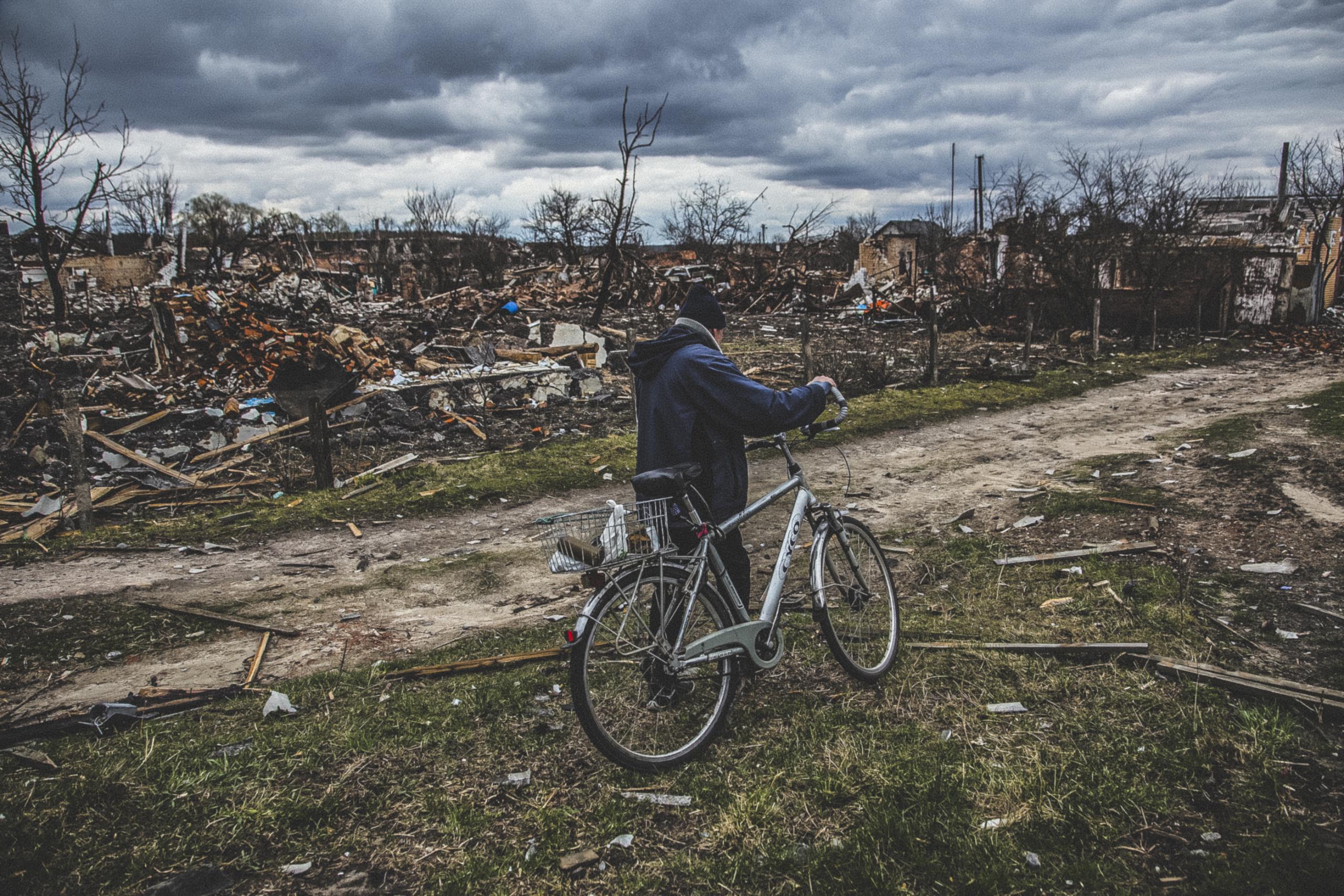 The record periodically reveals not a softer side so much as one that has other priorities than being as fast and loud as possible.

Although it’s hard to tell what frontman PJ Russo is singing, titles like Kleptocracy and Ethnostate make it clear that the personal feelings he communicates are also self-consciously political. These are songs of rage but complicated by sentiments that are harder to pin down.

Halfway through All You Do (Is Want Me To Die), the music suddenly slows down into an early Sub Pop groove, as if ironically commenting on its own title, which was the sort Kurt Cobain might have used ironically to communicate sincere despair.

The concluding track, Balance of Hatred, starts with a fuzzed-out bass line and extra drum beats that add a different dimension to the standard hardcore rhythm section. And Answer to a Lower Power has enough metal accents, like an early Black Sabbath LP played at 78rpm, to provide listeners with a conduit to a much more mainstream aesthetic.

Few genres of music have been more self-consciously international than hardcore punk. Wherever you go in the developed world – and sometimes outside of it – if you look hard enough you’ll find a community devoted to music that will never, ever achieve mainstream success.

That’s part of hardcore’s appeal. Although it contains elements that once translated into crossover appeal, the way they are layered on top of each other achieves a sonic density that renounces accessibility.

It’s telling that, while AMMO is from New Jersey, they released this album on the British Static Shock label. It often sounds like first-wave hardcore, which was very American, yet feels like it comes from somewhere else, as if someone in Europe or Asia were trying to recapture that vibe, but in the manner that Sergio Leone remade the Western.

That helps to create a double estrangement. Listening to Web of Lies/Death Won’t Even Satisfy, I felt like I was experiencing the musical equivalent of the abstruse cultural theory that became a cause célèbre in the early 1980s.

Most people found its language willfully perverse, as if it were playing a joke on readers. Even individuals who were deeply invested in thinking philosophically found it difficult.

But for that small minority who heeded the call of this work, celebrating its refusal to make concessions to a general audience, there was nothing more exciting.

I don’t think it’s a coincidence that hardcore became a distinct genre during that same period.

Although the most obvious musical analogy would be bebop, since it represented an attempt to purify music that had become too easy for casual fans to enjoy, the historical circumstances of its emergence were substantially different. Bepop wasn’t opposed to providing flights of fancy, even if its mission was to separate the true believers from casual fans.

Hardcore, by contrast, consistently sought to inflict pain on listeners’ ears, even if they would eventually redescribe it as pleasure. This was also true of cultural theory inspired by figures such as Jacques Lacan.

The point was to disrupt habitual behaviour long enough to get messages across that would otherwise be blocked by the mind’s defences.

Even though it’s hard to figure out the words to AMMO’s songs, we can still tell that they avoid each and every pop cliché. Perhaps the point is not to understand, so much as to become aware of all the ways in which our habitual understandings are shadowed by falsehood.

That’s a hard sell in any era, but especially now, with the music industry in a long decline that has deprived it of easy money. Perhaps that’s why AMMO is on Static Shock. Bands like theirs find it hard to get their music released in the United States unless they do it themselves.

AMMO arrived there via the long route. They were on other labels initially. And, as the liner notes indicate, the music itself was recorded over three years ago. Whether this was a pandemic problem or not, the sense of delay complicates our response to Web of Lies/Death Won’t Even Satisfy.

If someone didn’t know when these songs were recorded, they might seem to be responding to the present conjuncture, given their many references to the industrial war machine and the corruption that sustains it.

However, Web of Lies/Death Won’t Even Satisfy actually reflects the darkness that permeated the years when Donald Trump was in the White House, before an extraordinary set of circumstances prevented him from being reelected.

What’s odd about that is that Trump, for all of his faults, turned out to be the least war-mongering president of the postwar era.

He was so preoccupied with domestic enemies that devoting energy to pursuing American interests abroad seemed wasteful to him, not to mention that those interests often conflicted with those of his own company.

In this sense, it’s probably for the best that Web of Lies/Death Won’t Even Satisfy took so long to come out.

The United States and its European allies are doing business as usual, finding new markets for their military technology. That was the status quo under Ronald Reagan that first-wave American hardcore responded to so forcefully. And AMMO is doing their legacy proud.

Krzysztof Kieślowski’s 1976 film The Scar, which chronicles the construction and operation of a large chemical factory, breaks many of the rules that had governed narrative cinema since the silent era. END_OF_DOCUMENT_TOKEN_TO_BE_REPLACED

The Russian government is awarding prizes to Macedonian writers. END_OF_DOCUMENT_TOKEN_TO_BE_REPLACED

The 1970s was a decade of broken dreams. The end of the postwar boom brought to a close the era of middle-class liberalism in Europe and North America. END_OF_DOCUMENT_TOKEN_TO_BE_REPLACED