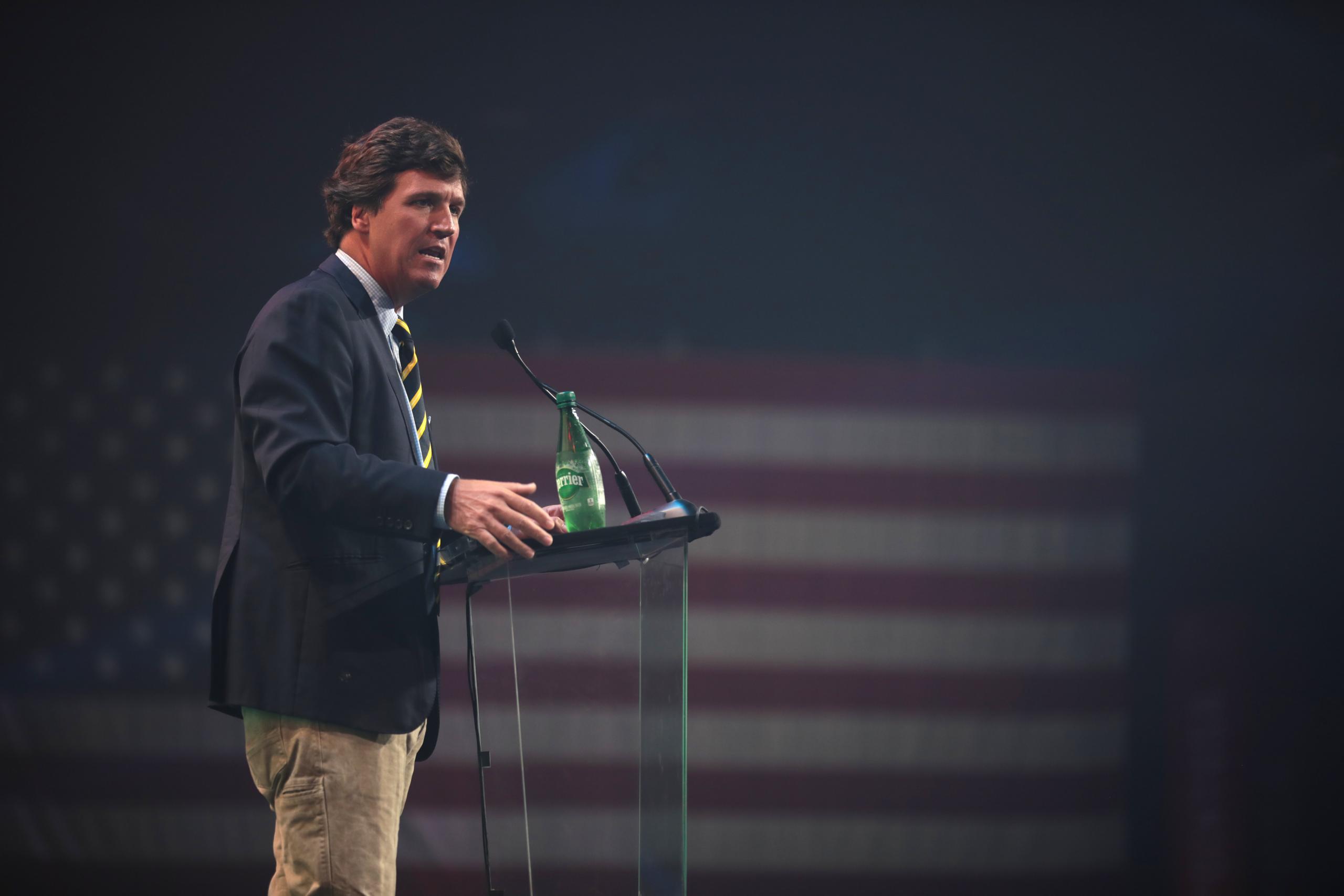 Tucker Carlson – one of the highest-rated television show hosts in the United States, whose popularity has grown as he has increased his use of white nationalist rhetoric – accused the Ukrainian president, a Jew, of declaring a “war against Christianity”, insisting White House support for the Ukrainian resistance was tantamount to “anti-Christian despotism”.

Republican Congresswoman Marjorie Taylor Greene, who has never been shy about her Antisemitic conspiracy theories, called Zelenskyy the “shadow president” trying to make Ukraine the “51st State,” using the Antisemitic rhetoric that American politicians were in the employ of an international Jewish cabal.

Political responses to the Russian invasion of Ukraine haven’t always split down the traditional left and right lines.

Leftists are split between Trotskyists and autonomists who see the Russian state as an imperial aggressor and old-school Stalinists who insist Russia is a bulwark against Western hegemony.

For the right, American neoconservatives and mainstream supporters of American power see any defeat of Russia as a reaffirmation of Pax Americana in Eastern Europe.

But for much of the paleoconservative, nationalist and neo-fascist right, Russia’s fight is their fight.

Much of the right’s rhetoric against Zelenskyy has often been couched in traditional American isolationism, but Carlson’s overt Antisemitism is a tell.

Consider, for a moment, how the far-right press has covered Zelenskyy this year:

American Renaissance frets that Ukrainian victory against Russia would be a victory for anti-white globalism because “the United States government — the most powerful anti-white force in the world — would push even more cultural poison into our ancient homeland,” including gender and racial diversity, stating that “One French school even reportedly set up speed dating between Ukrainian girls and black ‘Frenchmen,’ which the paper called a Europe under “American domination.”

Compact decided to flip the script altogether, rewriting the narrative so that Ukraine is the aggressor because it had the gall to defend itself and had gone so far as to bully America into backing this fictional aggression, saying, “In the name of defending Ukraine’s ‘national sovereignty,’ the progressives now officially resolve to pretend indefinitely that the ‘sovereign’ decision-making power in this warfare arrangement is somehow not in the possession of the United States—i.e., the government that is single-handedly sponsoring, bankrolling, and operationally coordinating a foreign belligerent’s sprawling war effort against the country with the world’s largest nuclear arsenal.”

The American Conservative hits all the usual talking points: Volodymyr Zelenskyy is hungry for world destruction, Zelenskyy is greedily feeding off honest Americans, and Zelenskyy is wrongly interested in recapturing territory taken by Russia.

I wonder if Zelenskyy will be doing any magazine cover shoots while he’s in the US? Maybe he can pose with Brittney Griner since they both know how to work over Americans for their own gain. Just a thought.

The latter point brings to mind Wallace Shawn in the Princess Bride when he says, “You’re trying to kidnap what I’ve rightfully stolen.”

For this section of the right, the war isn’t simply about whether Russia ultimately retains this or that territory in eastern Ukraine or whether NATO is taken down a peg.

For the global far-right, Vladimir Putin’s Russia has been an inspiration, a model for a post-liberal, post-multicultural world.

Russia’s campaign against gay rights, the political power of the Orthodox Church and its overall illiberalism have made Russia a kind of utopian ideal for the right when so many of Europe’s capitals are cosmopolitan, interconnected, secular and hosts to gay communities.

As I have written for Fairness & Accuracy in Reporting, right-wing American media adore Viktor Orbán’s Hungary and Andrzej Duda’s Poland because they have conflicted with the European Union over migrants, gay rights and media freedom.

It’s no wonder that Putin’s Russia would also fall into that category for these extremists.

Indeed, while there is little evidence for the American liberal fear that Donald Trump’s win in the 2016 presidential election was the result of Russian interference, Putin has been generally supportive of the far-right parties in Europe who would, if given the chance, turn their countries more toward what Hungary and Poland look like today.

And so Zelenskyy’s trip to Washington unsurprisingly increased right-wing ire. What is stopping a traditionalist Putin from forging ahead with turning Europe back toward its pre-EU roots? An entertainer – someone who deals with theatre and deception. A politician in the centre, which for the far-right might as well make him a communist. And worst of all, a Jew.

Tucker Carlson and the like are too smart to come right out and say this, but all the necessary Antisemitic imagery has been on display.

Russia’s war is an existential war for the right, and Volodymyr Zelenskyy is standing in its way.

With the Ukrainian leader forging close ties with the US in his campaign to repel the invasion, the American far right sees Putin’s war as their war, too.

Foucault once suggested that Clausewitz’s famous observation, “war is not merely a political act but a real political instrument” carried out by other means, be reversed, with politics made an extension of war. END_OF_DOCUMENT_TOKEN_TO_BE_REPLACED

Brexit will turn three on the last day of January, over six years since the 2016 referendum kickstarted Britain’s race to the bottom. END_OF_DOCUMENT_TOKEN_TO_BE_REPLACED

Be careful what you wish for. It may be a cliché, but it’s one the Greens are learning all over again. END_OF_DOCUMENT_TOKEN_TO_BE_REPLACED