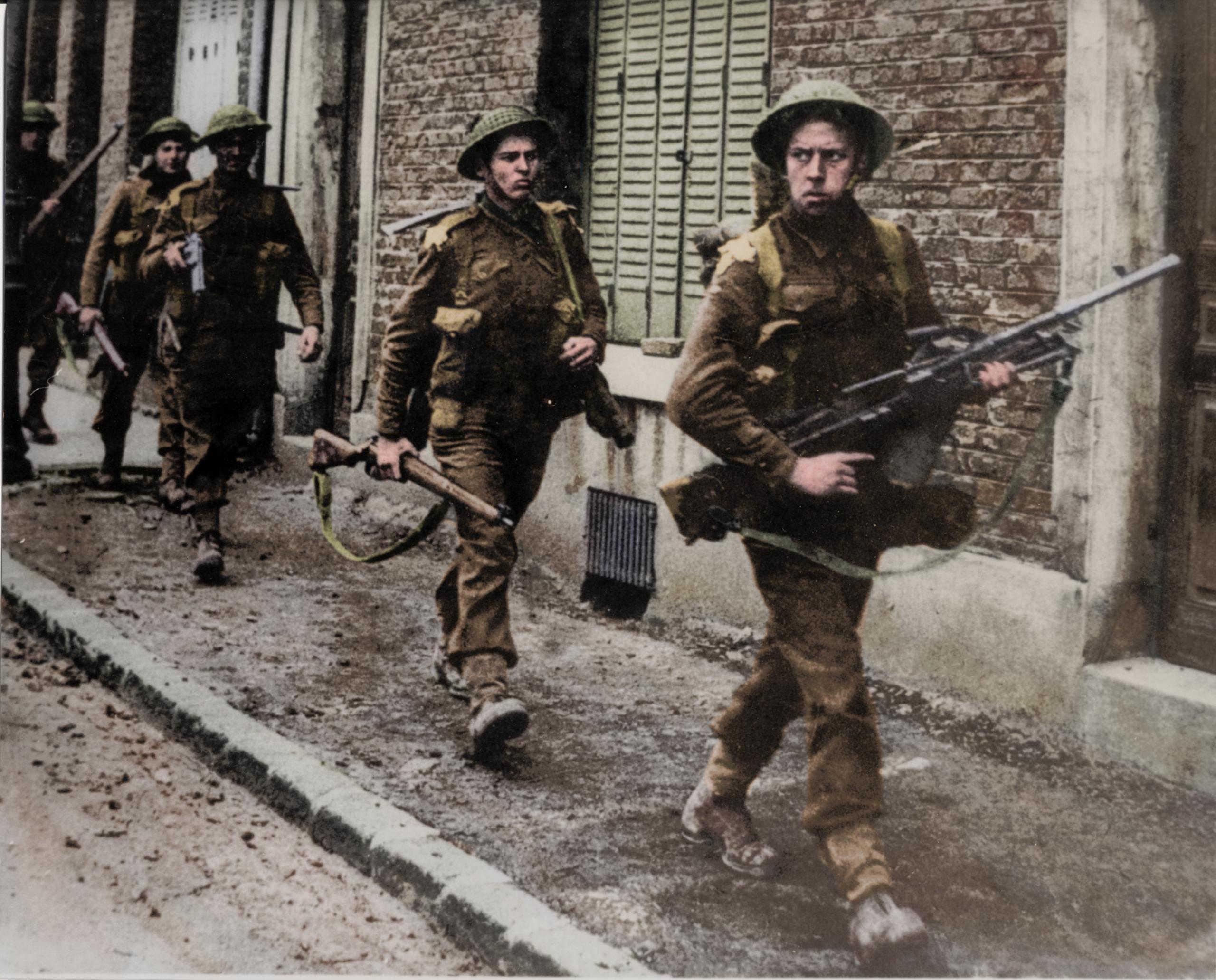 Of all the things that passed through my hands, I spent far too much time reading the correspondence of American soldiers. Their letters, from the War of Independence through the Civil War, were especially candid.

There was so much effort required just to keep the armies from collapse that there was little policing what soldiers reported home. By World War I, things were different, but US participation lasted only months. Still, at least some thought was given to information security.

The most memorable correspondence I processed was a collection from a soldier who had fought in the Pacific theatre during World War II. His letters home were on little 3 x 5 cards, made into photostats so that it was impossible to read the material behind the blacked out lines.

The letters themselves had been stripped of all but the banalest matters, such as bad food and bad weather. Anything that might allow a reader to identify where the writer had been, much less what they had been doing (or might do in the future) was systematically excised.

Curious, I asked my supervisor, a very experienced archivist, why these were so different, and at that point learned about the degree to which censorship of correspondence had expanded in World War II.

“In the future, it will be much harder for historians to write about soldiers’ experiences,” she told me, “because the US government got a lot better at blotting them out.”

There are a lot of ways to write the history of wars. It is only in recent decades that military history ceased to be the exclusive province of great men and battle narratives and began to track other matters, from social history to the experiences of the men doing the fighting.

Of course, historians of the wars of the 20th century had a leg up in that there were a relatively large number of survivors around whose memories could be plumbed to fill in the gaps left by the slicing and dicing of their contemporary correspondence.

Still, even to this day, military history retains the tendency to focus on maps and battles when it comes to integrating the experiences of combatants.

A great step forward has been taken in this regard by the historian Jonathan Fennell in his new book, Fighting the People’s War: The British and Commonwealth Armies and the Second World War.

This meticulously researched work, running to more than 700 pages of text and a further 150 pages of notes, takes the historical record of British participation in World War II forward in two important ways.

First, it should be noted that this is the most comprehensive military history of British participation in the war. There is a range of other sources that one could consult, but most are either focused at higher levels of the conflict or look at particular regional elements, such as North Africa or the Far East.

Fighting the People’s War tracks the state of British and Commonwealth forces from the debates about strategic doctrine and training in the 1930s, through the war itself, to post-war demobilisation.

The book presents this narrative in a clear and compelling style that does not leave the reader lost in technical detail or forests of acronyms. If these were the volume’s only achievements, it would be a worthy contribution to the literature on the Second World War.

Fighting the People’s War’s real innovation is to have consulted extensively the reports compiled by the British censors meant to keep a finger on the pulse of troop morale. In doing so, Jonathan Fennell has opened up a region of analysis that, up to this point, has been undiscovered country.

Thus, for instance, we glean important insights into the willingness to fight of troops not from the British metropole, but the variations of opinion among Australians, New Zealanders, South Africans, and troops from India about their role in defending Britain and the war effort at large.

Up to this point, much of the material in this book was hidden from public view. The story of practically any government engaged in major military operations is that the morale of the troops is excellent and that, given this, victory cannot be far off.

Fighting the People’s War dispenses with such stereotypical platitudes, tracing the way that morale rose and fell with the fortunes of battle, especially in the brutal allied campaign in North Africa, with its repeated reversals of fortune in battles with Axis forces.

A further point of interest is that the material gathered by looking at the tracking of soldiers’ correspondence relates not merely to the immediate circumstances of the strategy, tactics, and the vicissitudes of war, but also reflects an interesting range of political views.

Commonwealth soldiers were not merely concerned with the enemy in front of them. They also retained passionate commitments to political questions on the home front and complained bitterly when they felt as if their views or their votes were not being given proper weight.

The inclusion of soldier’s voices, not merely as window dressing, but as an essential element of the narrative, raises Jonathan Fennell’s book above the run of histories of the Second World War. Fighting the People’s War provides a full-spectrum account of the conflict, from top to bottom.

Fennel makes particularly effective use of his source material to show the ways that decisions made at the highest level of government had consequences at all levels and shows with greater sensitivity and range of detail the practical consequences of logistical and strategic decisions.

Fighting the People’s War is minute in its detail. Its sheer length will require a greater degree of commitment from readers habituated to reading the history of World War Two written from the perspective of Winston Churchill, or Ismay, or Sir Alan Brook.

But the payoff is that the book gives voice to the feelings and experience of the men whose efforts and sacrifices were most proximate to the front. Fighting the People’s War allows readers to recover voices and experiences that had previously been invisible.

Reading the book is particularly illuminating in light of present British nostalgia for empire, in which Brexit proponents consistently cite the advantages of relying upon the old Commonwealth networks to serve as a substitute for the European Union.

While there are, no doubt, persistent ties with the United Kingdom’s former colonies, the idea that Britain could return to a lost unity with its former holdings, is an ill-founded one. As evinced from the correspondence cited, no such unity ever existed, even at the height of the empire.

Feelings towards Britain were just as complicated then as they are now. Though Fighting the People’s War is aimed at historians, the details of what soldiers felt about their role in the British project give lie to any insistence that the UK has a welcoming and happy community of nations to fall back on.

Though the United Kingdom has not fought a war of this magnitude since, it is sobering to note that operating independently, under the auspices of the United States and NATO, Britain has not been able to rely on its former colonial holdings the way it once did in World War II.

That the UK has consistently found itself fighting losing conflicts, particularly in the Middle East, should be viewed as a prism with which to anticipate what it might get out of leaving the EU. Surely, the correspondence of its troops in Afghanistan and Iraq, for example, will prove just as illuminating, too.

Photograph courtesy of Cassowary Colorizations. Published under a Creative Commons license. This article is a co-publication with Souciant.

The 1970s was a decade of broken dreams. The end of the postwar boom brought to a close the era of middle-class liberalism in Europe and North America. END_OF_DOCUMENT_TOKEN_TO_BE_REPLACED

Serbian director Dušan Makavejev’s 1968 film Innocence Unprotected manages both to explore the legacy of wartime trauma seriously and to make fun of itself in the process.  END_OF_DOCUMENT_TOKEN_TO_BE_REPLACED