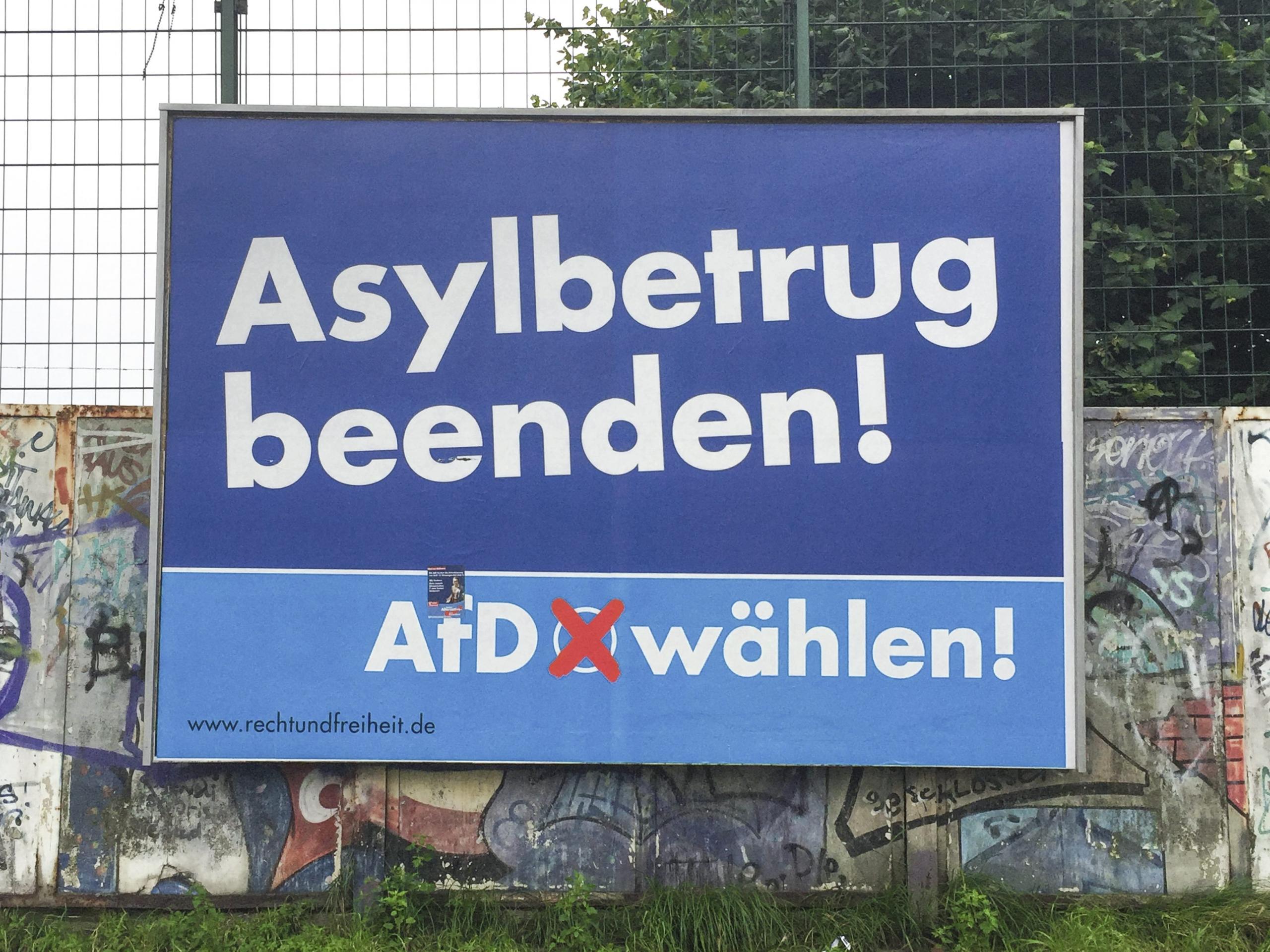 One of the most profound changes wrought by digital media has been the growing capacity of special interest groups to undertake the mass dissemination of information, much of it of dubious quality, in volumes that threaten to swamp the system as a whole.

The rise of “fake news” as a weapon in politics is, in part, an illustration of this, although often the charge itself is, at best, truth-adjacent.

Populist and nationalist movements in Europe and North America have made especially effective use of this opening, and in doing so have achieved levels of influence that offer the prospect of reconfiguring states themselves.

Such manipulation of media is by no means a new phenomenon.

Governments have always had a strong interest in shaping the way that they are perceived, at least among those segments of the population that might be troublesome.

In the 18th Century, with the rise of the middle class, both the necessity of measures for cultivating public opinion and the means for doing so expanded dramatically.

Propaganda entered the English language at that time, still related at that point to the propagation of religious doctrine (its Latin base denoted “that which ought to be propagated”).

Its adjectival form (“propagandistic”) began to become common around the second decade of the 19th century, in the era of conservative reaction following the French Revolution.

At this point, propaganda still had a positive connotation. In an address to the United States Congress in 1824, Daniel Webster spoke of a “crusading or propagandist spirit” driving legislation on the revolution in Greece.

In the century between the Congress of Vienna and World War I, government attempts to steer public opinion expanded, and propaganda took on a distinctly negative colour.

Bismarck, whose interest in the views of the public at large was strictly instrumental, famously kept a secret account, designated the “reptile fund” (Reptilienfonds) maintained for the purchase of favourable press coverage.

In the era of global war, these efforts became both more systematic and expansive.

This is hardly surprising. Mobilising public opinion put a premium on emphasising the justice of one’s own cause, and the bestiality of opponents.

Propaganda was one of the defining features of Cold War societies. Often its use was organised in such a way that the actual truth of what was being asserted ceased to be an issue.

In his anti-Stalinist novels, George Orwell illustrated the situation, simultaneously brutal and absurd, to which this gave rise: public utterances which all were expected to espouse but which no one really believed.

If on the other side of the Iron Curtain one was less often compelled to participate in the fiction that the emperor was wearing clothes, system-confirming rhetoric was nonetheless considerable.

Propaganda synergises with secrecy, of which it is the reverse side of the coin. In the digital era, both secrecy and state propaganda have changed form, the former because the saturation of information is such that it’s easier for things to hide in plain sight, and the latter, because the means by which ideas and opinions can be disseminated have multiplied.

The propagandistic forces of the state have, in a certain sense, become submerged in the tidal wave of information produced by high technology.

One outcome of this new environment has been the growth in the ability of non-state entities, particularly political parties and organisations, to distribute their ideas.

Nowhere is this clearer than in the expansion of influence of the far-right Alternative für Deutschland (AfD) party in Germany.

German political life, viewed from the perspective of its political parties, has been relatively staid for most of the period since the end of the Second World War.

Much of this era was shaped by structured competition between the Christian Democratic Union/Christian Social Union (CDU/CSU) and the Sozialdemokratische Partei Deutschlands (SPD), and to a lesser extent the Freie Demokraten (FDP), conducted under the principles of cooperative federalism.

The rise of the AfD, disseminating its politics in the streets and social media, has added a dimension of complexity.

The politics of the AfD are conducted on a model far different than those of Germany’s mainstream parties.

And, of course, when one says, “mainstream” in this case, we must also reckon with the fact that their success in becoming the country’s third-largest party, has moved the mainstream ever closer to the AfD’s own views.

As was the case with state propaganda in the early part of the century, AfD propaganda works on the basis of intense in group/out group identification.

The dissemination of stories tying refugees and minorities to elevated rates of criminality, increasing stress on the social safety net, and the coherence of German culture, is facilitated by the fact that such lies prey upon preexisting social insecurities.

They work because they sound plausible. It’s the fact that they’re possible that AfD sympathisers take them for reality.

Germans may doubt their factual veracity, but take them to be impending. Their repetition, day in and out, makes them reliable, the way news media once was.

This is the recipe for success for far-right parties elsewhere in Europe, such as the Matteo Salvini-led Lega in Italy.

Making his xenophobic, Eurosceptic messaging the core of his party’s communication strategy, daily, through every conceivable social media channel, Salvini repeats the same stories about migrants, Roma and the EU destabilising Italian society.

In an era of increasingly partisan political views, one might expect that it would be difficult to forge connections outside the ideological niche in which they originate.

But when propaganda costs nothing to produce and distribute, at a global level, it has the capacity to reach an exponential number of people due to sheer volume.

Moreover, the capacity of political organisations to produce information disproportionate to their actual size allows them to define political debate, like governments once did.

The effects of this transformation on European and American politics has been profound.

The elevation of once-marginal ideas to a point of saturation, in every conceivable news space, has diminished the capacity of social media and the press to promote rational debate.

The consequence of these new propaganda capacities, as manifest in the rise of extremist parties like the AfD and the Lega to prominence, is the systematic degradation of liberal democracy.

The structure of societies impacted by this kind of messaging may not be wholly illiberal as of yet, at least in the Western half of the European Union. But the stresses are already there.

One only has to look at Poland and Hungary to get an idea of what the consequences could be, even for countries with strong constitutions intended to fend off fascism, like Germany.

In a former era, the radical right employed the relatively open institutional structures of liberal democratic society as a means to destroy themselves.

Their descendants are smarter.

The denizens of the populist right are more about creating consensus on the basis of opposition to liberal democracy and its ideals.

That’s why social media is so important to them.

This was prefigured in the early decades of the 20th Century by the use of new media such as radio by groups like Germany’s Nazi Party.

But that was limited by technology in ways that the Internet simply is not.

The liberal democratic state is predicated on a belief in its fundamental legitimacy. It’s undergirded by a form of patriotism, which finds more freedom in its benefits than not.

To be sure, liberal democracy is far from ideal. But the information warfare being waged against it creates a very real prospect that it will metastasise into something far worse.

True news, if we could call it that, is a consequence of media that do not manipulate. It seeks to educate and encourage its audiences to think for themselves and make their own decisions.

The only antidote to populism is for governments to take a hard line against the organisations that seek to undermine democracy through propaganda.

That would be an ideal remedy to those who would cry censorship, and law enforcement tendencies to curb all media it doesn’t like, the left included.

That would shift the discussion away from false news to bad politics. News can only improve, as a result.

John Foster is a historian of European politics. Photograph courtesy of Joel Schalit. All rights reserved.

Foucault once suggested that Clausewitz’s famous observation, “war is not merely a political act but a real political instrument” carried out by other means, be reversed, with politics made an extension of war. END_OF_DOCUMENT_TOKEN_TO_BE_REPLACED

Brexit will turn three on the last day of January, over six years since the 2016 referendum kickstarted Britain’s race to the bottom. END_OF_DOCUMENT_TOKEN_TO_BE_REPLACED

Be careful what you wish for. It may be a cliché, but it’s one the Greens are learning all over again. END_OF_DOCUMENT_TOKEN_TO_BE_REPLACED