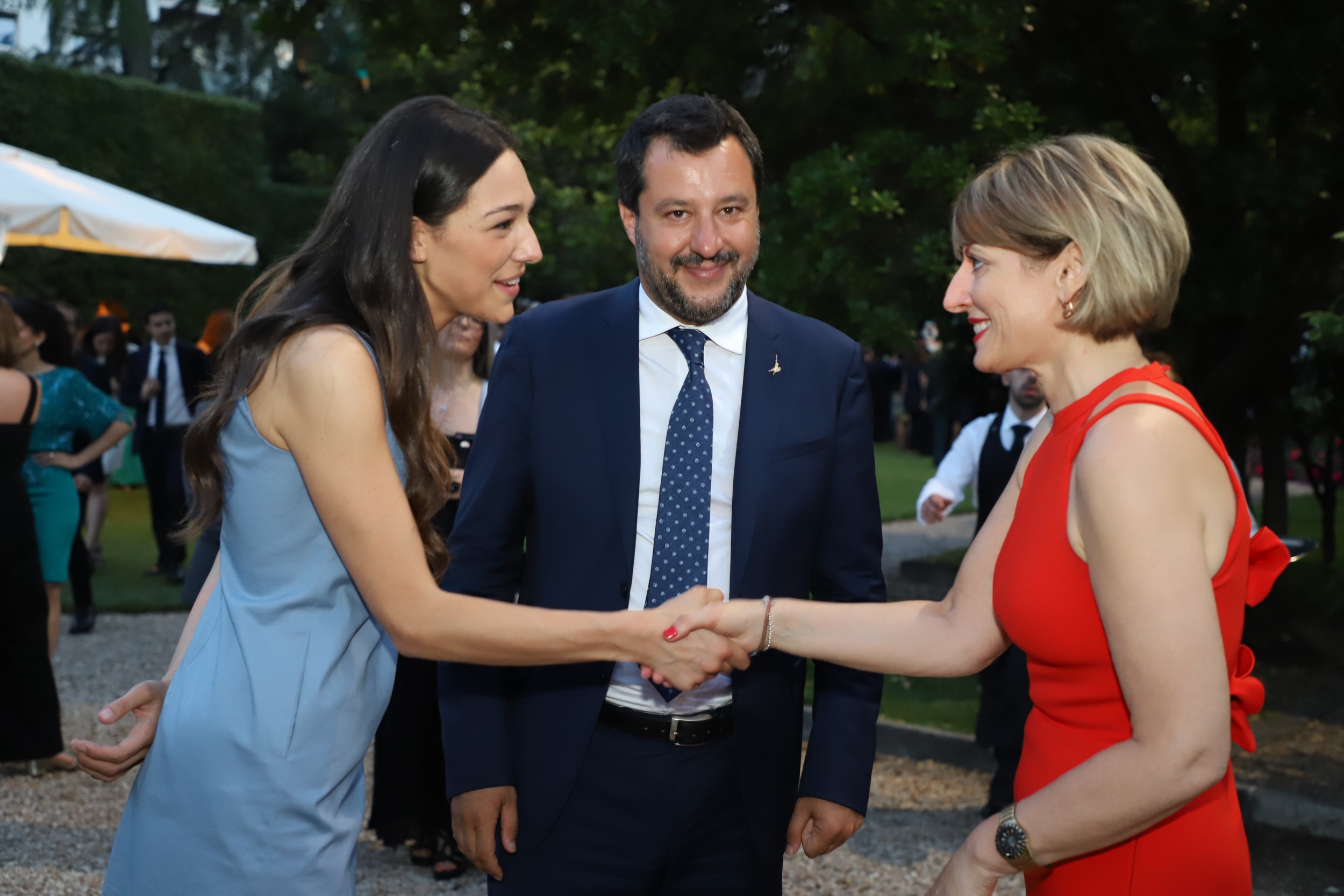 Phillip Hahn, Head of Operations at Sea-Watch, reports that after the Carola Rackete debacle, the rescue ship Alan Kurdi was cleared, with little hassle, to dock in Malta.

The migrants were allowed to disembark and the ship, which flies under a German flag, was offered appropriate assistance.

No waiting out at sea with stressed and ailing rescued migrants, it was, in effect, the opposite of the treatment received by Sea-Watch 3 under Carola Rackete’s charge, by Italy.

Some serving with the NGOs active in the area are cautiously optimistic that the new European Commission, under Ursula von der Leyen, who has called for a new EU pact on migration and asylum, will help ease the crisis.

Meanwhile, Rackete and the Sea-Watch board of trustees continue to face death threats and cope with heightened security arrangements as a consequence of Italian Interior Minister Matteo Salvini’s daily inveighing against the organisation on social media.

Repeatedly attacking Rackete for being a “rich communist” for attacking Italian security forces and breaching the country’s sovereignty, often using extremely coarse language, Salvini has made the Sea-Watch the equivalent of an enemy country.

In hiding since her 3 July release from house arrest, Rackete appeared in Agrigento, on Sicily’s southern coast, on Thursday.

The German sea captain spent just under four hours answering a prosecutor’s questions as part of the continuing investigation into the charges that she aided and abetted illegal immigration and disobeyed a warship.

Declaring that she was, “Very happy to have had the opportunity to explain all the details of the 12 June rescue,” Rackete also expressed her desire for movement from the European Commission.

“I hope that the European Commission after the election of the new parliament does the best it can to avoid these situations and that all countries accept the people saved by civilian fleets.”

When asked what she thought of Salvini, Rackete was succinct: “nothing”.

It was a judicious response given the situation she had been placed in. So far, she had encountered no legal problems.

Engaging in a harsh war of words with the hysterical minister could potentially undermine her standing with the court.

The court verdict of the German captain’s conduct speak for themselves.

“Carola is free, no arrest has been validated,” the Sea-Watch attorney, Alessandro Gamberini, told the press.

Her actions were legal from the get-go, so much so that Sea-Watch welcomed their investigation. It’s Salvini’s allegations about Rackete that are questionable.

“It was a sea rescue done with all the trappings of regularity and dramatic needs,” Gamberini said. “For us, it is a clear story, it is right that there is an investigation.”

“But to (promote) strange ideas on the rescue of the Sea Watch is out of this world,” Gamberini added, in reference to the minister.

Matteo Salvini’s propaganda may convince some, but not everyone. Particularly in Palermo, ground zero for Italy’s refugee crisis.

While Rackete was testifying, a solidarity sit-in was held in front of the entrance of the Agrigento court.

One participant carried a banner stating: “Saving lives at sea is not a crime.”

And, in a stinging rebuke to Salvini, on Thursday evening, the municipal council in Agrigento voted to reject a Lega proposal to grant honorary citizenship of Palermo to the Guardia di Finanza patrolman rammed in Lampedusa harbour by Rackete, when they tried to block the Sea-Watch’s entry.

The proposal, presented by the Lega, obtained 9 votes in favour, 4 against and 10 abstentions, among the 23 councillors present.

The initiative was made in response to a previous offer of honorary citizenship of Palermo to Rackete and her Sea-Watch crew on 28 June.

The court’s decision, in rejecting the Lega proposal, was in keeping with the city’s pro-refugee policies.

Mayor Leoluca Orlando has been outspoken in his criticisms of Salvini’s anti-migrant efforts.

The rhetoric directed at the municipal court, following its rejection of the Lega proposal, was in keeping with the nationalist tone set by the interior minister.

“Evidently the fact of being in uniform and being an Italian citizen it was not enough to induce the majority of the municipal council to approve an act that was absolutely due to us, ” declared the Lega’s Igor Gelarda

Adding that the rejection of the proposal “is a political act, we are ready to do battle so that Palermo citizenship does not be given to Carola Rackete,” Gelarda told Il Fatto Quotidiano.

Indeed, for as much of a victory as Carola Rackete secured in defying Matteo Salvini’s over-tweeted #portichiusi (ports closed) policy, more barriers remain to would be Sea-Watches than not.

Spain, for example, continues to block Proactiva Open Arms, the only Spanish NGO operating sea rescues from taking part in them.

Detaining the ship in Barcelona harbour for three months prompted Pope Francis to weigh in that, “Keeping the ship stationary is an injustice. Why are they doing it? To let them drown?”

The Spanish government eventually released the ship in April — but only to allow it to ferry aid supplies to the Greek Island of Lesbos, in support of NGO ships picking up refugees departing from Turkey.

Photograph courtesy of UK in Italy. Published under a Creative Commons license.

Not many newspapers begin life like The New European.  END_OF_DOCUMENT_TOKEN_TO_BE_REPLACED

It’s remarkable how candidates in the Tory leadership race have channelled Margaret Thatcher. Especially as they’re barely old enough to have experienced her policies. END_OF_DOCUMENT_TOKEN_TO_BE_REPLACED

The Russians have struck Odesa again, this time mere hours after reaching a deal with the Ukrainians. Though spared the worst of the war, an attack on Odesa is an attack on the best of Ukrainian and Russophone culture alike. END_OF_DOCUMENT_TOKEN_TO_BE_REPLACED