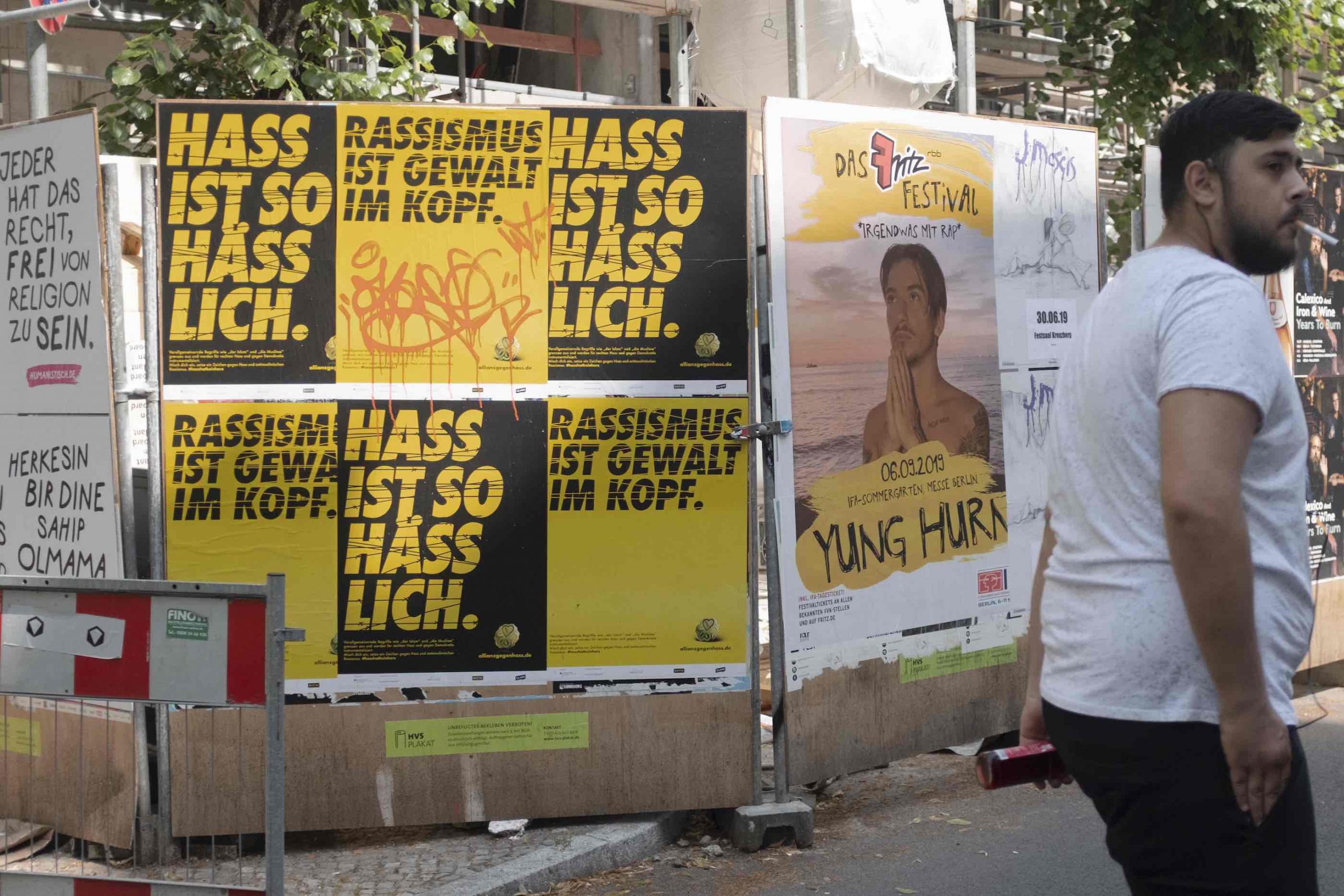 Communist prisoners, Massing argued, had solidarity, but they also had an analysis of what fascism is, while for the rest, it looked like a blank and impenetrable wall.

Possessing the tools to know what one is dealing with makes the process of coping that much easier.

Viewed in historical perspective, the question of the solidarity among party members is, if not more dubious, at least more complicated.

But Massing certainly had a point about the importance of having the necessary ideas to understand his situation.

The changes wrought on the politics of Europe and the United States by the rise of aggressively nationalist populist groups provides further illustration of this point.

One of the central difficulties confronting mainstream media is its failure to comprehend what populism is, both in historical and ideological terms. News media, in particular, seem intent on normalising far-right demagogues and their parties.

The vain search for the moment when Donald Trump will make the turn to being “presidential,” amounts to a sort of wishful thinking about when he (or any of the current crop of populist operators) will return to the fold of democratic norms.

At the same time, one frequently finds the press attempting to fit populism into a temporal arc, a sort of wave that has risen (alarmingly to be sure) but which will eventually recede leaving politics to return to its accustomed channels and procedures.

Thus, for instance, in Has Europe Reached Peak Populism?, Politico contributing editor Paul Taylor poses the question as to whether Europe has burned out on the politics. His response is, largely, yes. It’s all downhill now.

Taylor’s optimism rests on three pillars: the collapse of Italy’s governing coalition between the Lega and Movimento Cinque Stelle (M5S), Boris Johnson’s difficulties as Britain’s premier and the consolidation of French President Emmanuel Macron’s position with respect to the Gilets Jaunes.

To argue from these points is not wrong. However, each turns out to be less compelling than advertised, with telling consequences for Taylor’s argument as a whole.

The break between M5S and the Lega is, in the short-term, a blow to Matteo Salvini’s goal of consolidating his position at the top of Italian politics.

Yet the formation of a coalition between M5S and the centre-left Partito Democratico (PD) cannot be fairly characterised as a sea change in Italian politics.

The same underlying conditions that made the previous coalition viable remain.

Italy’s long term economic prospects are no better than they were three months ago. The same problems of slow growth and regional unevenness shape Italian politics in ways far more profound than the rhetoric of political leaders.

The new coalition was not established in the basis of new elections, but rather on a reconfiguration of already existing forces.

M5S is a protean party, lacking a cohesive positive ideological foundation. As such, Luigi Di Maio has the latitude to forge political alliances with a range of partners without challenging the fundamental coherence of the movement.

While the coalition with the PD is certainly more promising in human terms than the prior shape of things, there is little reason to think that xenophobic, anti-immigrant slogans will get less traction as the Italian economy continues to stagnate.

In a similar vein, although Boris Johnson’s tenure as Britain’s prime minister has been marked by unprecedented parliamentary failure, one should be cautious about lending too much significance to the loss of a few votes in the House of Commons.

Johnson, the bumbling former Spectator journalist and London mayor, has provided a perfect illustration of how the combination of being white, male, and Oxbridge educated allows one to fail upward in British public life.

But it is well to remember that one should not mistake the symptom for the underlying cause.

True, Johnson’s failures have been epic in quality. No British premier has ever lost his majority by having a member of his own party move to the opposition benches while he was addressing parliament.

Mr Johnson is yet to find an issue which he could get a majority of that body to actually agree.

The logic of his authority is clear.

Even the revelation of the disaster scenarios detailed in the government’s own Operation Yellowhammer assessments has managed to break down public support for Brexit.

That it could also result in the dissolution of the United Kingdom, at this point, is a given.

Still, the proponents of Leave and Remain are still almost evenly split.

The view that departure from the EU (and turfing out non-whites) will be the solution to the country’s problems remains stubbornly ingrained in Brexit strongholds from the northeastern rust belt to Wales.

There has been some movement within the Tories’ parliamentary faction in the direction of pulling back from the precipice of a no-deal Brexit.

But Mr Johnson has shown no willingness whatsoever to negotiate with his European interlocutors, and his bargaining position would be extremely weak even if he was inclined (or legally compelled) to do so.

There is nothing in any of this to suggest that British politics are, as a whole, moving in a different direction than they have in the last two years.

The economic weakness of the British manufacturing sector, a key factor from which support for Brexit in the lower end of the income distribution derives, will continue to be a factor for the foreseeable future.

The case of France is the most complex of the three.

Certainly, Emmanuel Macron is in a better position than he was (or seemed to be) six months ago. At that point, the Gilets Jaunes were running the news cycle and Macron’s government seemed unable to get on the front foot.

Leaderless political organisation is a creature of the present. Movements like the Gilet Jaunes, and populist parties more generally, operate at the level of mood, creating symbolic connections with their supporters which appeal to the heart, not the head.

The lack of a coherent, positive ideology can work to the advantage of such movements in that it makes it extremely difficult for those operating in mainstream politics to formulate a systematic response.

This illustrates the larger problem. As elites have emptied the political process of substance, politics has devolved into a competition between technocratic parties. This has created a vacuum into which populists have inserted a politics aimed at manipulation.

Macron is a definitive case of the technocratic leader, as his raison d’être is to implement practical and viable economic and political policies, promoted sine ira et studio.

It is, on the whole, not surprising, that he managed to play the waiting game, banking on the likelihood that the Gilets Jaunes habit of standing around traffic circles in the rain was a mode of political action with limited long-term appeal.

Macron’s larger problem is still the Rassemblement National (RN), which, unlike the Gilets Jaunes, actually knows what it stands for.

The fact that its leader, Marine Le Pen, failed to scale the heights of power doesn’t mean that the threat is gone. The RN still outpolled Macron’s La République En Marche (LREN) in the European elections, albeit by a small margin. That will come to matter later.

The continuing unevenness of the French economy, which also drives the appeal of the Gilets Jaunes, is its source of power.

Like the Gilets Jaunes, the far-right party fights a war of position aimed at the heart, albeit to authoritarian ends, blaming globalisation and multiculturalism for the disenfranchisement of France’s middle class and the decline of its industrial base.

The advance of populist politics may have plateaued for the time being, but that’s only due to parliamentary finesse. Neoliberal parties, on the centre-right and centre-left are simply more expert at politics. The underlying attitudes that have brought populism to prominence remain.

Far-right parties like the Rassemblement National won’t stay on the margins forever. The fact that the Lega managed to govern Italy for the last year, and that Marine Le Pen managed to produce France’s largest European Parliament delegation is proof.

The challenge is to not improve their electability, by co-opting the language and ideas of the far-right, such as the European People’s Party has done – see my colleague Joel Schalit’s article, Dangerous Outsiders – or by forming governing coalitions with neo-fascists like Matteo Salvini.

The reasons are clear. Large numbers of voters in Europe and the United States have become increasingly invested in a worldview that sees their problems as a function of threats posed by ethnic and religious minorities and migrants.

That’s why it makes little sense to ask whether we’ve reached peak populism. Ideologically speaking, hatred is the new norm.

The task should be coming up with a politics centred on its opposite, on solidarity.

It may sound like an antiquated idea. But conflict is exhausting and ultimately loses its appeal.

The conflict between Russia and Ukraine continues with no end in sight. END_OF_DOCUMENT_TOKEN_TO_BE_REPLACED

Some websites make the news, others make headlines. END_OF_DOCUMENT_TOKEN_TO_BE_REPLACED