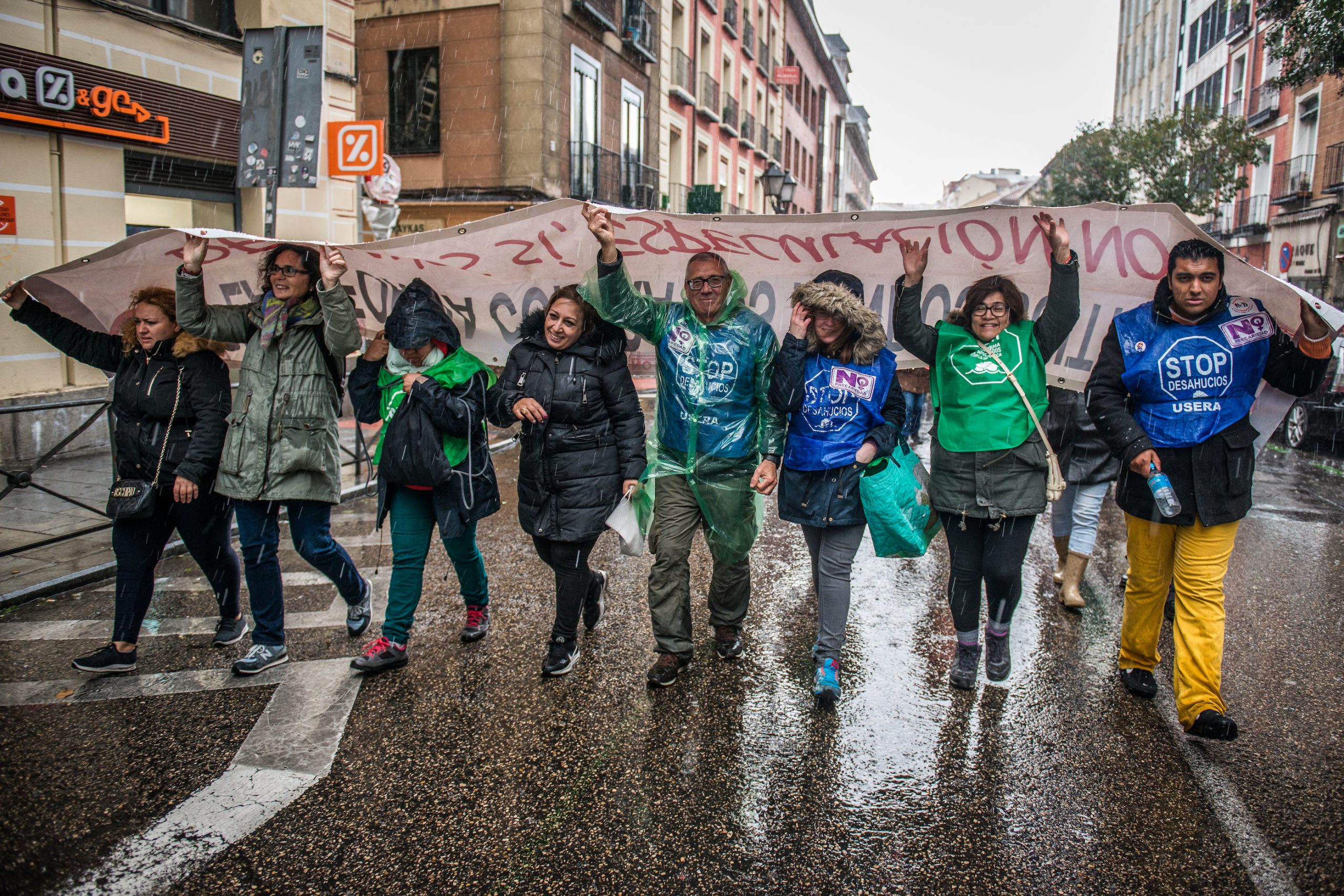 The divisions between the Partido Socialista Obrero Español (PSOE) and Unidas Podemos have in the last few days proved to be just as insuperable as they were a month ago.

Most of the major EU member states are currently coping with more or less volatile governing coalitions. The current situation in Spain takes this problem a step beyond.

The history of coalition governments in Europe has been decidedly mixed. They have often worked reasonably well in the decades since the Second World War.

In fact, Germany has been governed by coalitions of one kind or another ever since the Adenauer era, with the centre-right FDP usually forming the fulcrum point. The success of the coalition strategy has much to do with the system of cooperative federalism that was established by the constitution of 1949.

Of particular importance was the elimination of so-called negative majorities by the requirement in articles 67 and 68 of the Grundgesetz (the German constitution) that a new coalition had to have enough votes to form a government before a vote of no confidence could be staged.

Indeed it was this, in addition to Heinrich Brüning’s catastrophic experiments with deflation, which constituted the most important precursor to the election of Adolf Hitler.

Spain would have to go a very long way further down the road of political dysfunction before this sort of outcome would be in prospect.

The improved fortunes of the far-right Vox party, who went from zero seats in the previous elections to 24 seats in April, notwithstanding, it’s still very much the case that Spanish politics are sclerotic rather than having entered a death spiral.

Negotiations between the PSOE (28.7%) and Podemos (14.3%) have resumed after breaking up in acrimony in August.  One does not have to be a mathematician to discern that the two parties do not have enough of a parliamentary majority between them to put their differences behind them.

As to those differences, they appear to revolve around confidence more than policy.

The offer tendered by Podemos in July and resubmitted earlier this month, rescinded the demand that a ministerial post be given to Podemos leader Pablo Iglesias and included the proviso that Podemos would withdraw (but still support the government) after the approval of a budget.

All of this presumed that some combination of smaller regional parties could be brought into the fold. But there are other issues.

Podemos continues to favour autonomy (or at least self-determination) for Catalonia. Given the degree to which the Catalan independence movement is a middle-class tax revolt, it’s an awkward commitment. But, when police baton people in the street, it’s hard for leftists to not sympathise with those on the receiving end.

In any case, the PSOE is firmly opposed to this policy. Even though the PSOE and Podemos agree on a lot of things (higher minimum wage, renewable energy, etc.) there is also an underlying mistrust between the two parties that makes effective collaboration difficult to the point of impossibility.

Spain hasn’t had a functioning majority government since April. One reason that the PSOE might not be interested in linking up with Podemos at the moment is the conviction that they will benefit from another election.

A poll by the Spanish research firm GAD3 indicated that in a new election the PSOE would gain 11 seats and Podemos would lose five.

This would still not put a coalition between the two over the threshold for a governing majority. But it would further shift the balance of power in favour of the PSOE, which appears to be content to see what happens in November.

Whether the party will pull it off or not is irrelevant, as it won’t erase the problem. It’s just a question of finding the least painful coalition arrangement, throughout Europe.

To cite the most obvious example, it’s unclear what will happen when the next general election happens in the United Kingdom. The last one came within a hair’s breadth of resulting in a hung parliament.

The Tories were only able to form a government with the help of the far-right Northern Irish Democratic Unionist Party. If they were to win again, as polls indicate, they’d likely have to partner with the Brexit Party.

Their recent switch of coalition partners from Salvini’s far-right Lega to the centre-left Partito Democratico was complicated by the move by the (now former) PD leader Matteo Renzi to form a new centrist party, Italia Viva.

In a country that has had more than 60 governments since the Second World War, the pattern is familiar.

The CDU will likely have to confront the prospect of partnering with the far-right Alternative für Deutschland (AfD).

There are a number of overlapping dynamics at play. As voters have evacuated the centre, there has been an increase in the number of parties on the fringes of the political spectrum. These tend to relate more moralistically to their politics than centrist parties do.

The case of Podemos is paradigmatic. The failure of their negotiations with the PSOE has everything to do with the unwillingness to play the role of ballast in an administration with pronounced neoliberal tendencies.

Podemos’s position became rather more tenuous in the last few days when Iñigo Montoya announced that he was forming a new, left-wing party, Más Páis.

This is likely to increase the degree of fragmentation of the electorate of the left since it’s unlikely to draw large numbers of new voters into the left-wing fold.

This is somewhat similar to the situation in Germany where Sarah Wagenknecht from Die Linke, the successor party to East Germany’s Socialist Unity Party, sought to form a cross-party leftist organization, Aufstehen (Stand Up), whose most notable characteristic was its opposition to open borders.

Pace these new initiatives on the left, the real beneficiaries of the departure from the centre have been parties on the right.

The lack of enthusiasm for the left is part and parcel of the decline of social democracy and the progressive left in Europe.

It is markedly unlikely that a party of the left will manage to form a majority party in Europe in the next few electoral cycles. This has much to do with the seizure of symbolic territory by the nationalist right.

Over the last decade, right-wing parties have been far more effective in creating narratives that work to the advantage of their politics: xenophobia, the collapse of traditional social norms, the submerging of national identities in the European project.

This process has been facilitated by the participation of politicians of the moderate left, beginning with Tony Blair, in the realisation of post-Thatcherite policies of privatisation and austerity.

In the past, progressive parties could at least be counted on to be, in a certain sense, irresponsible in ways that benefitted the bottom end of the income distribution. This made their rejection of chauvinistic cultural and political views, which were widespread in postwar Europe, easier to overlook.

But when it became the job of the left to administer the better medicine of austerity, particularly in the wake of the 2008 financial crisis, a certain portion of the electorate moved in the direction of nationalist parties.

The challenge for the left is to offer utopian ideas which will draw voters back from the populist right.

Perhaps Podemos has the right idea. The PSOE is both shamelessly neoliberal and notoriously corrupt.

Rather than joining a coalition with them, in which they will get tarred with the same brush,  Podemos sticking to its guns could be a model for an uncompromising progressive politics.

Since the 1930s, there has always been a tendency on the left to hope that popular front politics can be used to expand the reach of progressive ideas and present a common face of opposition.

Perhaps what Podemos have learned is that real opposition to the right amounts to showing people that they are offering the real prospect of something better.

If this is the goal, then the refusal to back away from its core political views is the best strategy. At least for the moment.

Brexit will turn three on the last day of January, over six years since the 2016 referendum kickstarted Britain’s race to the bottom. END_OF_DOCUMENT_TOKEN_TO_BE_REPLACED

Be careful what you wish for. It may be a cliché, but it’s one the Greens are learning all over again. END_OF_DOCUMENT_TOKEN_TO_BE_REPLACED

Before his arrest, Andrew Tate was just another influencer with bad politics. END_OF_DOCUMENT_TOKEN_TO_BE_REPLACED