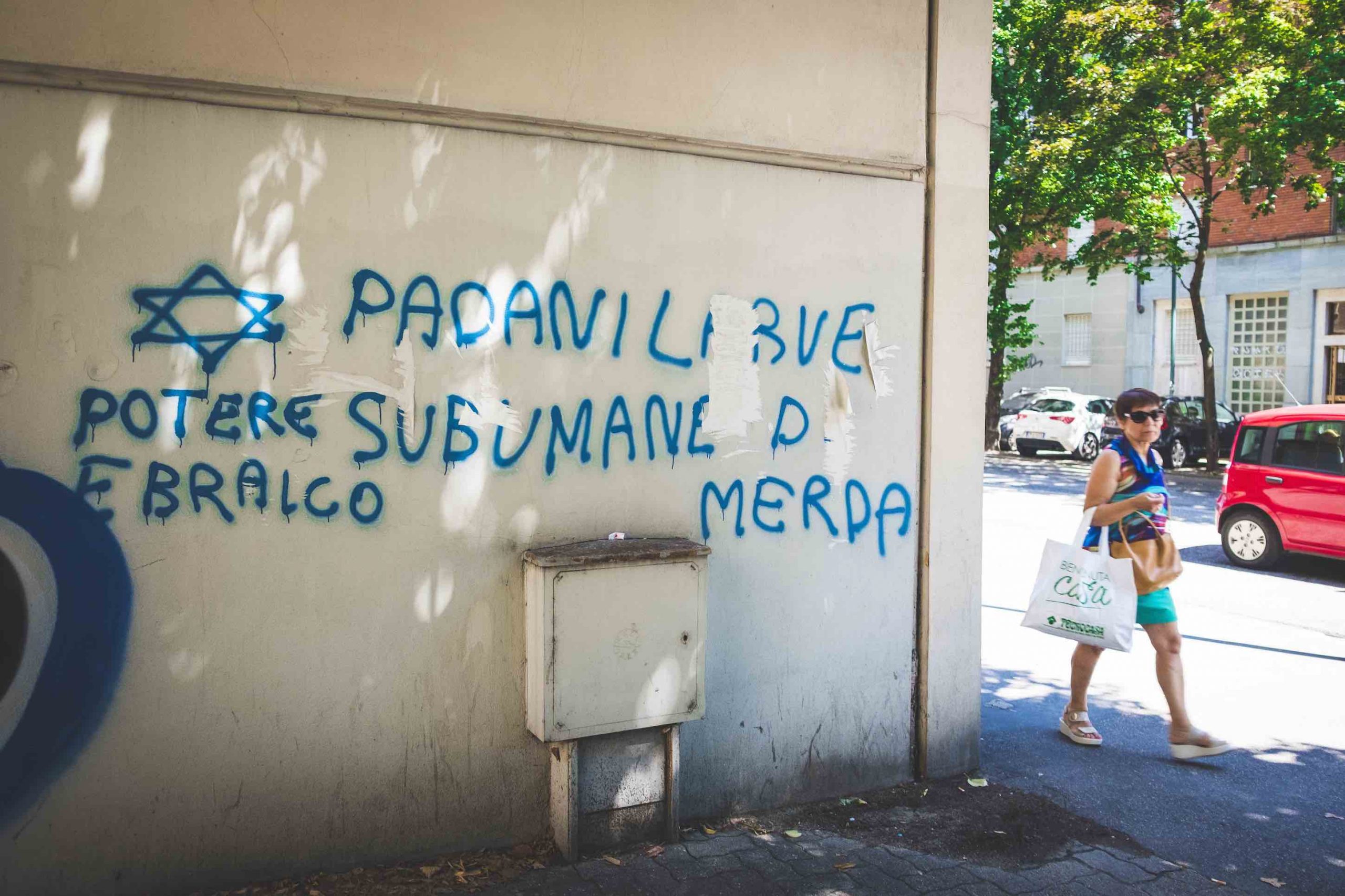 In The Far Right Today (Polity Press), Mudde offers a concise yet thorough primer on the right in its various manifestations.

In recent years, Case Mudde set out his stall as a student of populism offering a clear and often compelling alternative to the more philosophically inflected approach pioneered by Ernesto Laclau and Chantal Mouffe.

Mudde’s latest book is of a piece with this project, seeking to provide a nuanced typography of the modern right, ranging from its radical to its extreme variants.

The goal, as can be read both from his scholarly output and his pieces published in The Guardian and elsewhere, is to provide the denizens of the centre with tools to understand and arm them against the depredations of right-wing extremism.

Mudde brings a welcome scholarly moderation to a topic which is all too often discussed in terms approaching hysteria.

But, by and large, Mudde has done a good job in his scholarly writings, providing an extensive typology of far-right groups and politics.

The central value is illustration and analytical clarity, because precise knowledge of one’s opponent has important implications for defeating them.

Thus, the distinction between the elitist and anti-democratic extreme right and the populist radical right is an important one.

Central to the ideology of far-right groups is a strong distinction between those who belong and those who don’t. This acts to colour individual phenomena in ways that offer clarity of a certain kind to their politics.

Thus, for instance, crimes committed by those viewed as foreign differ fundamentally from those committed by members of the in-group of the ethnostate in question.

The former are indications of the fundamentally malign characteristics of outsiders.

Violations of the law, or of other aspects of the moral order, serve to accentuate the degree to which foreigners fail to understand society’s values, or are incapable of living up to them or both.

Crimes committed by members of the locally dominant ethnicity are of a fundamentally different type. Bad acts by members of the in-group are characterised as a consequence of bad apples in an otherwise wholesome barrel.

Crimes by foreigners form the basis of generalisations. Those by locals are exceptions, and often ones that prove the virtue of the indigenous population.

This can most clearly be seen in the case of terrorism. Far-right groups, as Mudde correctly notes, limit the use of this term to designating acts of Islamist political violence.

Moreover, the narrative created by this term is inflationary, allowing for uses by both Islamists and their opponents.

The claim to be working on behalf of ISIS by Omar Mateen during his murder spree in Orlando in June 2016 was immediately seized upon by right-wing media as an illustration of the global reach of a terrorist organisation.

Likewise, ISIS was happy to claim Mateen’s actions as its own, even though there was no evidence that he’d had any contact with the group (Mateen had earlier claimed allegiance to Hezbollah) prior to his crimes.

Mudde notes that the us-vs-them dichotomy which is definitive of far-right politics can often be fluid. He points to cases such as that of Italy’s Lega Nord.

The Lega was originally founded by Umberto Bossi as a regionalist party, promoting the split of the “productive” northern regions of Italy from the “unproductive” south.

Recently, under the leadership of Matteo Salvini, the group has rebranded itself as the Lega per Salvini Premier and focused on attacking Muslims and migrants rather than southern Italians.

More broadly, while there are certain commonalities in terms of approach, there are differences too, and these are of such variety that it often complicates attempts to form clear concepts.

Religion is one such case. Although far-right groups in Europe and the Americas almost universally share a negative reaction to Islam, attitudes toward both Judaism and Christianity vary widely.

Attitudes toward Judaism and to Jews (which is not always exactly the same thing) tend to be negative, particularly among groups for whom the Identitarian myth of “the great replacement” plays an important role.

Yet for some, particularly Protestant fundamentalists in the United States, Judaism (in the form of the state of Israel) is viewed positively because of its place in their eschatology.

On the other hand, some avowed Christians on the right, such as members of the Christian Identity movement, evince an animus toward things Jewish comparable to their hatred for non-whites. (The “whiteness” of Jews in far-right ideology is often questioned.)

With respect to Christianity, there is also a degree of variation, mostly among European groups. Historically, fronts like the Belgian Rexist movement, or the Spanish interwar fascist movement, were strongly connected to the Catholic Church.

The Nazis, by contrast, were always dubious about Christianity, although they did expend money and time to the quixotic project of showing that Jesus had not, in fact, been a Jew.

These distinctions remain in the modern European right.

For instance, far-right groups in Denmark (DF) and Sweden (SD) have forged links with local evangelical churches. Austria’s FPÖ, which previously had been somewhat anti-clerical, has now moved closer to the Catholic Church.

On the other hand, the archaeo-futurists of France’s Nouvelle Droite view Christianity as a colonial import that has to be transcended to restore Europe’s indigenous Pagan traditions.

Mudde notes, correctly, that the far-right has become a part of the political mainstream in recent years, something that could not happen during the Cold War.

Moreover, there has been a blurring between the positions of the parties of the centre and far-right, which has had the effect of bringing ideas and policies that might previously have seemed extreme or fascist into everyday political discourse.

This is particularly true in the case of the so-called “refugee crisis”.

This pseudo-event forced mainstream politicians like Angela Merkel to accept a crisis definition and to engage in the demonisation of refugees.

This has led to the normalisation of radical right politics in ways that would have shocked Europeans and Americans following the Holocaust.

Since the Second World War, the far-right and remnants of the fascist groups from the WWII period, have constituted an incipient threat to liberal democracy in Europe.

Right-wing extremists, in the form of rising populist movements, have become the new normal, representing an enduring change of the way that politics is done, different than that between the end of the war and the turn of the century.

Mudde also adverts to the gendered nature far-right groups, most of which are extremely sexist and which espouse some form of natalist politics.

But female leaders and cadres are becoming more common. The time may come when the far-right may be in a position to make use of what Mudde calls “a still largely underused electorate”.

Mudde notes that no country is immune to far-right politics. The far-right is here to stay. It will not disappear after a change of season. It is incumbent on opponents of right-wing politics to address the bases of this politics rather than merely responding to the symptoms.

According to Mudde, there is no one catch-all strategy for addressing far-right politics.

While non-violent groups and ideas can be addressed by “educational and political initiatives,” more aggressive groups require solutions at the level of legislation and law enforcement.

More broadly, Mudde recommends the strengthening of liberal democratic institutions as the best bulwark against the spread of right-wing politics.

The idea that liberal democracy is the antidote to right-wing politics is not wrong. But, as the current situation in the United States makes clear, its institutions can be particularly brittle, especially when confronted by Donald Trump, who combines political cleverness with a thoroughgoing lack of principle.

One somewhat frustrating aspect of this book is that, although it provides a great deal of information about far-right politics, there is little discussion of why its ideas have become popular, or how it is that they are maintained and propagated.

Irrespective of whether one agrees with either Mudde’s approach or his conclusions, The Far Right Today is a valuable contribution to the project of opposing the spread of right-wing politics.

Krzysztof Kieślowski’s 1976 film The Scar, which chronicles the construction and operation of a large chemical factory, breaks many of the rules that had governed narrative cinema since the silent era. END_OF_DOCUMENT_TOKEN_TO_BE_REPLACED

The Russian government is awarding prizes to Macedonian writers. END_OF_DOCUMENT_TOKEN_TO_BE_REPLACED

The 1970s was a decade of broken dreams. The end of the postwar boom brought to a close the era of middle-class liberalism in Europe and North America. END_OF_DOCUMENT_TOKEN_TO_BE_REPLACED