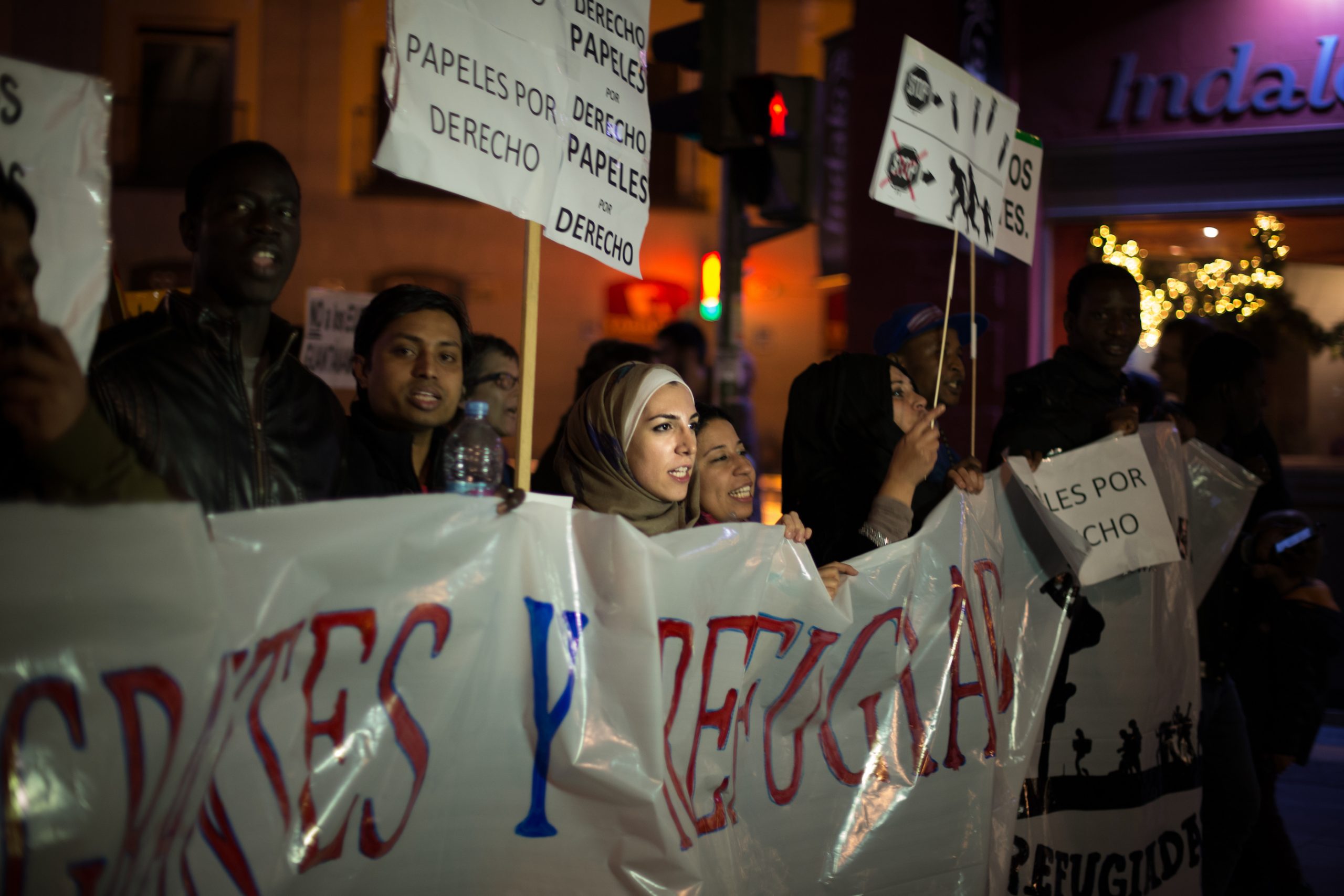 That their dislocation is an expression of impoverishment is all too often beside the point. Migrants cross borders illegally because they’re greedy, and want to steal jobs, we are told. Not because they’re poor. The poorest of the poor. Who else would voluntarily risk of drowning crossing the Mediterranean? If there were enough resources at home, they’d surely stay there.

In Europe, the increasing significance of migration has corresponded with the now-two decades-long War on Terror, and the climate crisis, both of which have turned the neighbouring Middle East and Africa into refugee factories. Rather than understand what drives them to Europe, right-wing parties in the EU have sought to exploit their presence to revive racism.

Extreme right leader abascal preaches the expulsion of all migrants even if they are nationalised in s’pain, or hold double nationality, like Echenique, of the Podemos party, who has both spanish & Argentinian nationalities https://t.co/y4ITZ2tGi7

Few political organisations have made more rapid hay out of migrants than Spain’s far-right Vox party. In the second part of his interview with Politikon editor Berta Barbet Porta, Maxim Sattonnay asks her about the Spanish version of the crisis, and how the country’s newly-elected leftist government might deal with it.

Maxim Sattonnay (MS): Who do you think is a better alternative on the left? Podemos or PSOE?

Berta Barbet Porta (BB): The two parties have their own strengths and weaknesses. PSOE has a lot of political capital, but they suffer from some of the dynamics of the “old politics” which are not in their favour.

Podemos can be seen as newer and more flexible, but they also have some problems with the people they appeal to because of their background. This means that it can be difficult for many groups to vote for Podemos because of what the party represents.

The solution will have to be trying to occupy as much space as possible. I’m a great believer in multi-party systems because, in a coalition, these parties will represent more people.

We will have to see what happens with the government – if it manages to be cohesive and talks about the issues that the left should want to talk about – or if it keeps on fighting and falling into the debates of the extreme right until no alternative is available.

MS: Could the alternative come from a smaller party like Más País?

BB: Yes, of course, there is always a probability in Spain that the system could fall apart and a new party would emerge. But I think that PSOE and Podemos have a stable project, so it’s not going to be easy for a new party to appear.

But obviously it could happen that both PSOE and Podemos fail to deliver. That could give some space to a new party with a pro-European/Green approach like we have seen in other countries.

MS: How do you think that the left can and should contain Spain’s growing racism problem?

BB: The first thing that has to be done is for the left to provide institutions with the tools necessary to manage the situation in the neighbourhoods where racism is growing.

The immigration issue has sometimes been ignored by the left and that’s clearly not a good solution because it creates tensions.

It is obvious that immigrants arriving in Spain don’t live in decent conditions and don’t always make the best of neighbours.

The first thing that needs to be done is to work with local councils and institutions to give immigrants a decent standard of living.

I am a big believer in giving a voice to these groups so that we can understand their point of view, and empathise with their problems. They are people, just like us.

So we have to talk more about why they left their country and what they are scared of. We have to humanise them because right-wing narratives often portray them as though they came to cause trouble.

Immigrants have their own personal stories. We can empathise with most of them because they have the same goals, the same fears and the same joys that we do.

Letting them speak and making them visible and allowing people to understand why immigrants are here will fight against stereotypes.

Hopefully, this can generate a more socially desirable debate about the pros and cons of the immigration challenge.

MS: Do you think that minorities can be a force against the right-wing parties?

BB: Yes, we have seen that minorities which have the right to vote have been a political force against the extreme right in many countries.

Women have been a strong force for anti-populist movements since they tend to vote more for them than other parts of the population. We have also seen that minorities tend to vote less for populists.

But obviously, in Spain, the problem is that many of these minorities don’t have the right to vote because they often are first or second-generation immigrants and usually it takes some time to acquire this right.

But clearly they can be a force in terms of mobilising their own neighbourhoods.

I think that what the extreme right movements are trying to do is to give all the political powers to a small part of the population.

What would be interesting and a good alternative would be a political project that promotes the idea that power has to be shared and that everyone has the right to have their problems solved.

Any initiative that successfully convinces people that this is the best way that we can all have our own say in government, that it’s not a zero-sum game, will clearly have an advantage.

It’s hard because obviously people will only care about dealing with their specific problems.

But I think that if we steer women, minorities and the precariat towards an alternative political program, in which everyone feels represented, we’ll succeed.

Adrestia are one of the most important hardcore bands in Sweden today. END_OF_DOCUMENT_TOKEN_TO_BE_REPLACED

The Forde Report represents a new stage of the malaise afflicting the Labour Party. END_OF_DOCUMENT_TOKEN_TO_BE_REPLACED

Everyone’s going to Poland. Not just from Ukraine, but Western Europe. END_OF_DOCUMENT_TOKEN_TO_BE_REPLACED