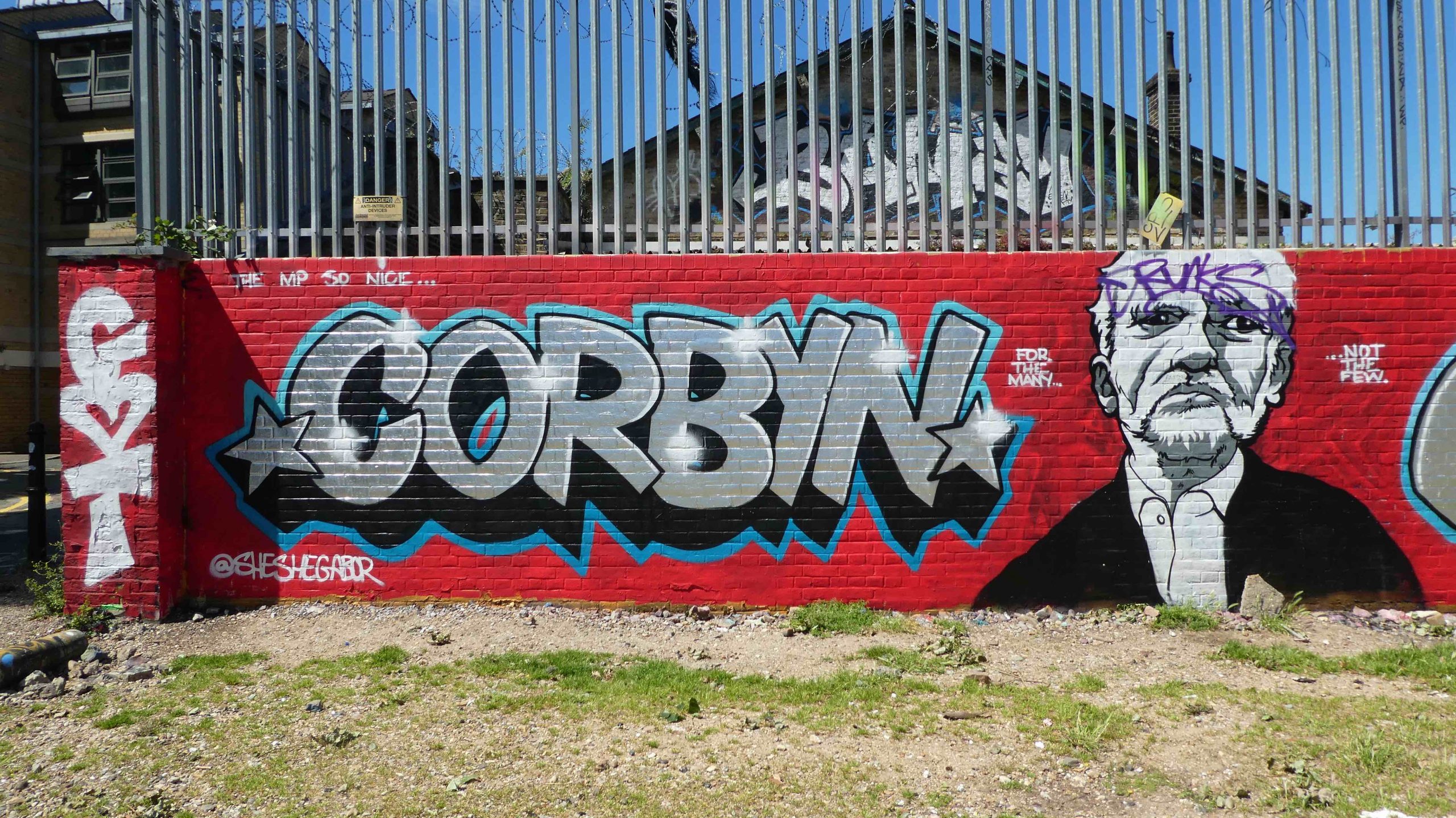 That’s why UK Labour’s meltdown, in the 2019 generation election, was so unsurprising.

Like the US, Israel and all of Eastern Europe, it was Britain’s turn to own the age.

One problem in analysing exactly what happened is that after an election, commentary easily lapses into focus on why the losing side lost, Not why the winning side won.

For British commentators, this might be an uncomfortable exercise that would involve looking at their complicity in the squalid election campaign, and its unprecedented levels of bias.

It is far easier to look at the micro-level mistakes.

For example, could Labour have sent more canvassers to Leigh or Bolsover, or issued snappier press releases?

The problem is if Labour had won, then there would be little room for criticism of tactical mistakes in the Labour campaign.

Commentators would say, “Get Brexit Done” had sunk the Tories.

What is also striking is just how insular British commentary is.

There is a total lack of curiosity about why a typically post-colonial socialist like Jeremy Corbyn has lost, but why technocratic centrists like Hillary Clinton and Matteo Renzi fared no better against far-right opponents.

Internationally, only a few centre-left parties are bucking the trend of the Johnsons, the Trumps, and the Putins.

Let’s not forget Salvini, and Bibi, of course. Mediterranean politics is just as bad.

Corbyn’s platform was offering a break with the current system. Had he become prime minister, he would have served as a tribune for the international left.

The failure of Corbyn’s project mirrors the defeat suffered by Syriza in Greece, which also did much to undermine the moral resilience of progressive parties internationally.

But the experiences of centre-left parties who remain in government may provide more lessons for UK Labour than an endless number of internal reviews.

There is a Danish path for the left. It is an attractive and obvious one for much of the British left because it is the laziest one: gaining permission for increased state spending by being more Islamophobic.

Mette Frederiksen has married the two just as Johnson and Trump have. And yet, the Danish Social Democrats still saw a small decrease in their vote share last year to parties on their left.

The risks for Labour in letting the Lib Dems or Greens outflank them should be obvious.

Perhaps the most attractive path is that of Kiwi progressives.

The telegenic Prime Minister, Jacinda Ardern, has provided much inspiration outside New Zealand. In particular, with her response to the Christchurch terrorist attack.

Ardern’s “radical incrementalism” is an antidote to disappointing European and North American social democrats and liberals only offering thinner and more austere gruel at every election.

The problem for UK Labour is that she did, well, marginally worse than Corbyn in 2017.

Like him, Ardern faced a general election when the public knew little about her (though was never subject to the monstering he was). She similarly restored the New Zealand Labour Party’s fortunes and saw a 15% rise in Labour’s vote in a month.

And, like Jeremy Corbyn, Jacinda Ardern seems largely powered by a palpable decency: a moral socialism.

Even though, at times, she has managed to be steelier, cutting off right-wing slander at the knees, such as when she faced questions about her plans to have children.

And, like Corbyn, Ardern came second to the right-wing National Party – and by an even larger margin than Corbyn lost to Theresa May’s Conservatives.

The crucial difference? Jacinda Ardern could form a coalition with smaller parties due to New Zealand’s proportional representation system.

Had Corbyn gained 10 more seats in 2017, he would likely have been prime minister on similar terms.

How Labour may wish they had offered a referendum on proportional representation as New Zealand did in 1993, rather than the grubby Lib Dem-Tory stitch up on the Alternative Vote in 2011.

The lesson from New Zealand, bar a sudden change in the electoral system, may be to quickly install a leader before the 2024 general election.

But the most intriguing case is that of Partido Socialista Obrero Español (PSOE) in Spain.

Until 2018, PSOE was cited, along with Pasok in Greece, as one of the key examples of centre-left parties atrophying.

Much like in UK politics, Spanish politics is increasingly geared by regional and generational divisions, an overheated housing market, a resurgence of unionism, and – until recently – a perceived immunity to the far-right.

Then: the Catalan crisis that has threatened to tear apart the 1978 constitutional settlement.

As with most political crises of the 2010s, it was the far-right Vox that initially took advantage, garnering 50 seats in parliament in the November election.

Young Spanish socialists reported their PSOE-voting parents said they would now vote for Mariano Rajoy after he provided a tougher line on this constitutional issue.

The parallels with the Tories squeezing Labour on Brexit are almost painful.

What changed? PSOE got into government despite being almost 10% behind the centre-right Partido Popular in the polls, after ousting Prime Minister Mariano Rajoy in a no-confidence vote.

Pedro Sánchez, Spain’s new premier, is one of the more nimble European social democrats but has also had a great deal of luck.

Sánchez avoided a grand coalition with the PP, and by taking ownership of the Catalan crisis has managed to become the moderate face of Spanish unionism.

The PSOE chief has been ably assisted by the right-wing turn of Ciudadanos, which lost 47 seats in parliament, largely to Vox.

Earlier this month, Sánchez’ new government was sworn in and has been feted by the press as a rare beacon of hope for the international left, much like Portugal’s socialist-communist coalition, which returned to power for a second term in October.

Agreeing to compromise on key measures, such as EU spending rules and investment, Podemos, the concessions reflect a general retreat of left-populist forces in Europe.

But, Syriza, Podemos is not.

The party’s desire for a rupture with neoliberalism is still reflected in the concessions Podemos won on universal childcare and rent controls, which, among other measures, remain core to the new government’s platform.

What are the lessons that UK Labour and the broader left can draw as it seeks to rebuild?

First, there is no “One Weird Trick” to electoral recovery.

Sánchez and Ardern are effective operators, for sure. But they are not noticeably more competent than the leading figures of centre-left and left-wing parties who have taken a battering for a decade.

Both required a great deal of luck to get into government and start to rebuild their parties.

The two favourites to become the next leader of Labour, Keir Starmer and Rebecca Long-Bailey, suffer from the Weird Trick syndrome.

Their supporters will claim that electoral recovery is to be found either in the 2017 manifesto plus Starmer’s haircut and fact-checking Johnson or Corbyn’s more radical 2019 manifesto plus Long-Bailey’s relaxed Northern mum image.

Far more attention needs to be paid to the domestic, and global balance of forces, and the challenges of reconstituting the British left as a serious contender for the first time since the 1984 Miners’ Strike.

Will either have the stomach to face down parliamentary opponents? Will they be tempted to capitulate to the right?

Second, there’s events. The PSOE was undergoing full “Pasokification” and irrelevance in October 2017. A few months later, they were in government.

Corbyn’s 41% coalition in 2017 almost took him into government. Those condemning Labour to irrelevance overlook that the left is, whatever happens in the Labour leadership contest, institutionally stronger than it was in 2015.

Because of this, Labour’s electoral strategy should be subordinated to its political project, rather than the other way around (a lesson forgotten with regard to Brexit).

Neither Starmer nor Long-Bailey will be able to presuppose the 2024 terrain.

Neither can pretend that Brexit finally being “done” will allow them to win back the older homeowners lost in market and ex-mining towns like Bolsover or Warrington, incubated from the upcoming economic shocks by their property wealth.

Nor can they take younger renters in Putney or Canterbury or Falmouth for granted.

Perhaps the most significant lesson is about how to navigate constitutional issues.

Jess Phillips, a largely contentless media darling running against Starmer and Long-Bailey, dismissed Long-Bailey’s plans for an elected senate saying that people “don’t care about this senate or that senate”.

The problem for Phillips is that in the last week, crowd funders and petitions are demanding Big Ben “bong for Brexit”.

Since 1997, only three votes have seen higher than 70% turnout: the Brexit referendum, the Good Friday Agreement referendum, and the Scottish independence referendum.

85% voted in the latter – the highest national turnout since universal suffrage.

People care deeply about their powers and their rights. Technocrats of either party have ignored this to their cost, in fealty to a British system that turns citizens into subjects.

It was often reported from Labour’s Remainers that Labour Leave voters were not particularly exercised by the referendum. But this ignored that even nominal Leavers would not take too kindly to being told they were wrong to even consider that leaving a trading bloc could be a possibility.

Centrist journalists talked about being “politically homeless” in this election. It ignored the millions who have only felt exercised by these fundamental questions of power and sovereignty.

Is there any lesson that can be drawn here from PSOE?

In many ways, it was largely luck. They displaced PP as the party of Spanish unionism and avoided the pincer movements placed by Ciudadanos.

New Zealand’s referendum on proportional representation articulated anger rage against the economic betrayals of governments in the 1980s.

Perhaps the lesson for Labour is that both the neoliberal Boris Johnson and Nicola Sturgeon managed to articulate a popular discontent against the last 40 years while Labour could only rail against recent austerity.

Both Johnson and Sturgeon have said the work of rebuilding public services is currently foreclosed by the failure to resolve these constitutional questions. In doing so, they managed to tie Labour to people’s contempt of the current economic settlement, with stagnation.

So perhaps the real path is one that has not quite crystalised yet, but may do so this year: that offered by Senator Bernie Sanders, in the US.

Should the Jewish socialist finally capture the party of Jim Crow and enter the White House, it will be a profound shock to the world order.

Though his platform is not substantially more radical than Sánchez’s or Ardern’s, in terms of his trajectory, Sanders offers something different.

The Vermont congressman identifies a clear set of interests, of working people vs. the 1%, the corrupt billionaires strangling universal healthcare and profiting off of war.

Labour only partially managed this in 2019, briefly echoing Alexandria Ocasio Cortez’s rhetoric that billionaires should not exist, and calls to “put money in your pocket”.

There are no easy answers here. A practical, but emphatic socialism, that defines its own interests and those of its enemies, is Labour’s best bet.

Brexit will turn three on the last day of January, over six years since the 2016 referendum kickstarted Britain’s race to the bottom. END_OF_DOCUMENT_TOKEN_TO_BE_REPLACED

Be careful what you wish for. It may be a cliché, but it’s one the Greens are learning all over again. END_OF_DOCUMENT_TOKEN_TO_BE_REPLACED

Before his arrest, Andrew Tate was just another influencer with bad politics. END_OF_DOCUMENT_TOKEN_TO_BE_REPLACED