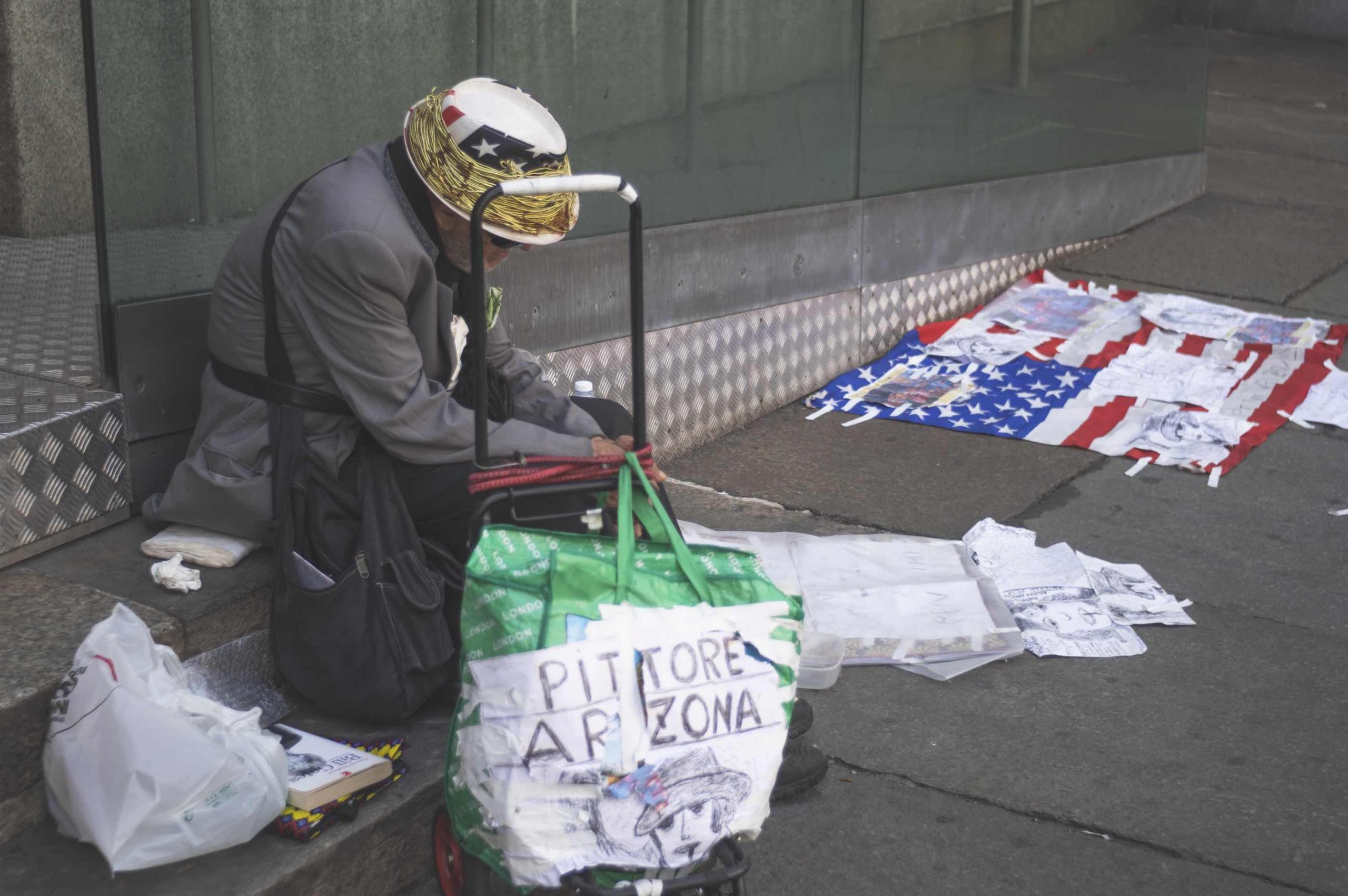 The United States was the city on the hill, a shining model of liberal democracy for a European Union benighted by endless bickering, uncompetitive economies, and the threat of communism.

Bosnia, anybody? How about those Dutch peacekeepers.

But for all the things in the last 50 years which have been touted as the dawning of new eras, from the collapse of the USSR to 9/11 to the 2008 financial crisis, the calamity which has finally put paid to the condition (or myth) of American leadership has been a virus.

No brand rules forever, though. That’s why the US version, “the American Century” first coined by Time publisher Henry Luce, in 1941, is appropriately limited in scope.

Writing in Life between the beginning of WWII in Europe in 1939 and the entry of the United States into the war after Pearl Harbor, Luce argued it was time for the US to abandon its isolationism and step forth onto the world stage in the struggle for freedom and democracy.

His tone was distinctly Hegelian. From the 17th to the 19th century, America had been the site of “manifold projects and magnificent purposes”, all of them weaving together to serve the “triumphal purpose of freedom”, Henry Luce proclaimed.

Overlooking the role of slavery and the genocide of native peoples in the realisation of the American vision, Luce called on his countrymen, “each to his own measure of capacity, and each in the widest horizon of his vision, to create the first great American Century”.

Henry Luce’s call for an American Century, rather than (explicitly) for an American empire, reflected the country’s manner of doing business. While old Europe sought to maintain colonies and zones of influence, US domination would, with a few exceptions, be accomplished by proxy.

The American project was to be subcontracted to local elites, hopefully, the kind of people who, once bought, would stay bought. If they did not live up to the august standards of Washingtonian liberal democracy, this only highlighted the continuing need for American tutelage.

The American Century would be one in which international relations and politics would serve American purposes and validate American leadership.

European diplomats would forever be subject to American hectoring if they did not respect the Monroe Doctrine, which, starting in the mid-19th century, sought to limit, European colonisation of the Americas in favour of the United States.

This leadership was built into the Cold War system. American military power and Marshall Plan aid were both a bulwark against the spread of communism and a fillip to the reconstruction of European economies.

The price of this, from the European perspective, was acceding to American hegemony and (for the British, French, and Dutch) the unwinding of their colonial empires.

For post-colonial states, this translated into colonialism by other means, under homegrown, rather than foreign auspices. It was business as usual, under different flags.

US leadership survived the collapse of the bipolar system in 1989. It was seemingly regenerated by the 9/11 attacks as well as the 2008 financial crisis when the Federal Reserve began functioning as the lender of last resort for most of the world’s economies.

While there was some recrimination from Europeans about the role of Wall Street in sparking the meltdown, President Barack Obama’s relatively multilateralist approach helped cultivate an era of good feelings in Euro-American relations. It would prove to be the last.

Presentiments of the end could be seen in any tea leaves or entrails consulted after Donald Trump’s victory in the 2106 presidential election.

It was not merely his lack of presidential bearing or his pathological inability to separate fact from fiction. Trump combined a fundamental lack of intelligence with a disinclination to learn. Europe was just a freeloader in his eyes, willing to pay for US protection.

These traits synergized with an almost sociopathic dearth of moral sentiment to produce a president destined to diminish America’s credibility and capacity for leadership. In keeping, Washington’s already fragile house of cards was finally tipped over by COVID-19.

Pandemics are too complex for simpletons. They do not just go away. Those who harbour this hope might well remember that the bubonic plague that first broke out in the 14th century was still capable of killing more than a million people 400 years later.

Controlling pandemics requires scientific precision and responsible administration, two things in which Donald Trump and his associates are grossly deficient. Even then, given the interconnectedness of world economies and populations, the results can be uneven.

When it became clear that that wouldn’t happen, the president went with another standard feature of his playbook: find others on whom to place the blame.

President Trump first blamed the Chinese. Then he blamed governors (mostly from blue states) for failing to prepare for the crisis and for failing to reopen their economies with sufficient alacrity. He then blamed testing, making it clear that his only concern was with his poll numbers.

Everyone likes to win, but perhaps leading the worldwide table of overall fatalities from COVID-19 is not exactly what the Make America Great Again crowd had in mind.

Not only has coronavirus wrought terrible human consequences on the country, but its collateral effects may turn out to be even more profound. How might the killing of George Floyd have played out differently if there weren’t 40 million Americans without jobs?

Instead, the world is being treated to the nightly spectacle of police attacking peaceful protesters, journalists, and innocent bystanders in what looks like an increasingly vain attempt to establish full spectrum dominance over the nation’s public spaces.

The fallout for relations between the United States and the European Union will be profound. The consequences for the EU itself may prove to be even more far-reaching.

With American liberal democracy apparently in freefall, Western European member states, in particular, no longer have its example as a symbolic guarantor of their democratic orders.

For Eastern European member states, such as Hungary and Poland, it’s not such a big deal. Their post-Soviet democracies are dying anyway. They actually like what’s happening to the US.

Despite this situation, the recent announcement that the United States plans to withdraw 9,500 troops from Germany, with some to be re-deployed to Poland, still aroused frissons in Berlin.

Donald Trump has repeatedly demonstrated his affinity for Vladimir Putin and his worldview. The troops stationed in Germany were largely a symbolic presence at this point, a holdover from the time Germany was the front line with Moscow, not Poland.

But symbols have power, and to those whose futures might be adversely affected by Russia’s more assertive foreign policy under Putin, the renunciation of this commitment has unsettling implications.

Now in the twilight of her chancellorship, Angela Merkel has made it clear that she is ready to move Germany and the EU along paths distinct from those of their erstwhile ally.

Merkel’s blank refusal to participate in an in-person meeting of the G-7 during the COVID-19 crisis, together with her refusal to countenance the reintroduction of Russia into that body illustrate the lack of traction that American interests currently find in EU politics.

What the long term consequences for the Trump Administration will be are hard to assess. The effects of coronavirus on the US economy will be profound and will certainly be felt for years. America feels more like a failed state right now and no one knows how it will turn out.

The effects of the virus on American society, from behaviour in public spaces to the role of “essential” workers such as teachers, librarians, and service industry workers, for example, can only be speculated upon. Tens of millions can’t go back to work as quickly as getting laid off.

The decoupling of the political cultures of the European Union and the United States could be the most dramatic. America’s postwar leadership has always depended on Europe remaining deficient.

There was good reason for the Americans to think that way. Europe had failed to hold back Hitler. Its economies were less dynamic than that of the United States, even after they recovered from WWII.  And they continued to tolerate a socialist left well into the 1980s.

The power of these narratives has now entirely dissipated. Many member state economies remain relatively robust and export-driven, even in the worst of times, such as the Netherlands and Germany. They stand to recover from the COVID-19 crisis in far shorter order than the US.

If the postwar European left ever posed a real threat, it no longer does. What remains is an EU whose chief import from the United States these days seems to be George Floyd demonstrations.

The complexities that arise from this are profound. If American influence has diminished, so has the availability of the US as a repository of blame for less than optimal systemic outcomes.

The world in which the EU negotiates on its own recognisance with Russia, China and the other rising powers in the world is undiscovered country. Take Nord Stream 2 as an example. Left to its own devices, Germany would pursue a very different Russia policy.

But the view to the West is only that of a setting sun wreathed in flames from fires of its own making.

Brexit will turn three on the last day of January, over six years since the 2016 referendum kickstarted Britain’s race to the bottom. END_OF_DOCUMENT_TOKEN_TO_BE_REPLACED

Be careful what you wish for. It may be a cliché, but it’s one the Greens are learning all over again. END_OF_DOCUMENT_TOKEN_TO_BE_REPLACED

Before his arrest, Andrew Tate was just another influencer with bad politics. END_OF_DOCUMENT_TOKEN_TO_BE_REPLACED