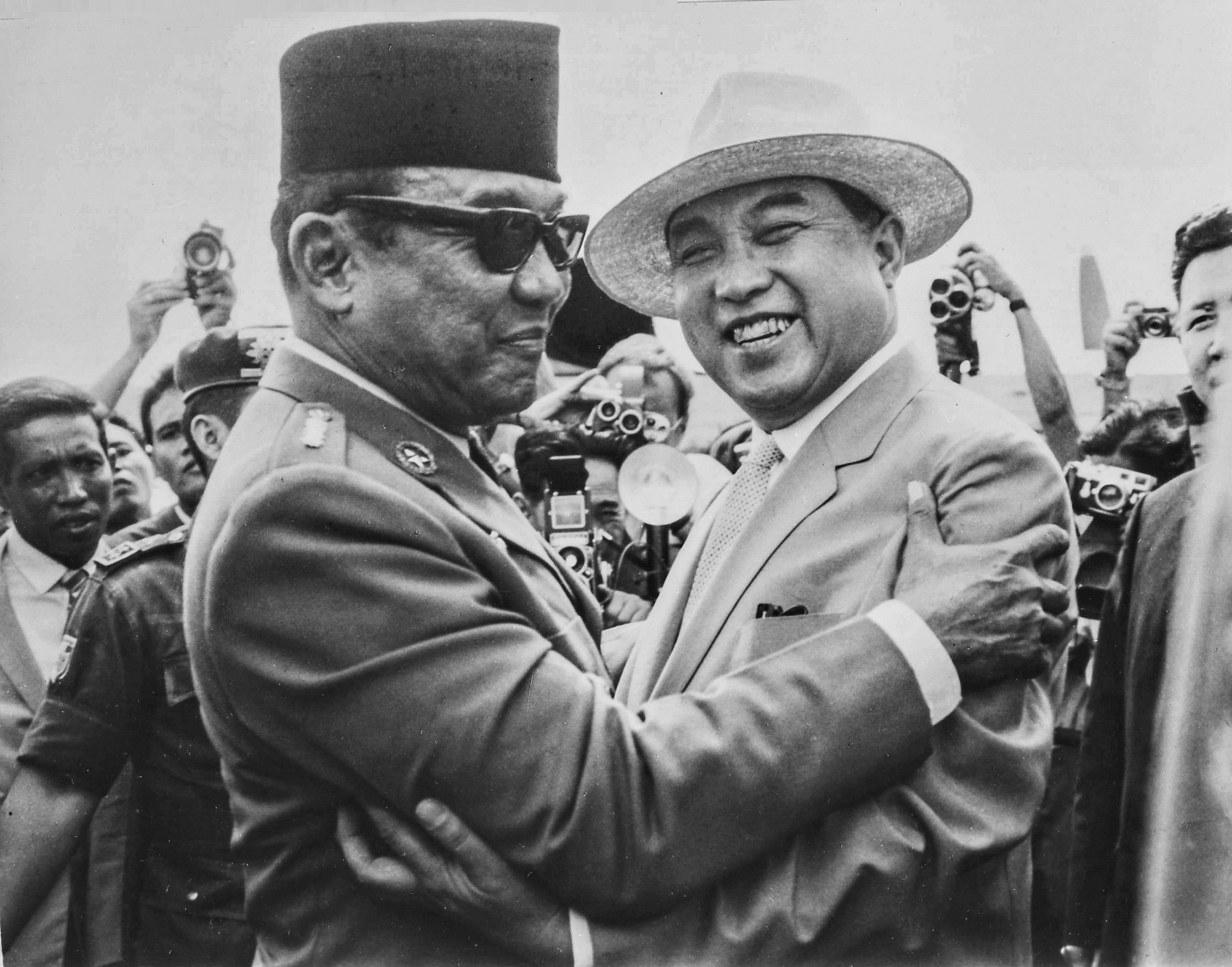 From the battlefields of the First World War to the Russian Revolution, the civil war that followed it, the famines and purges of Stalinism, culminating in the Second World War and the Holocaust, the defining characteristic of the era was death on an industrial scale.

The second half of the century was imagined to be otherwise.

There were wars, in Korea, Vietnam, Afghanistan, and elsewhere, and dictators had perceived enemies murdered in significant numbers in Argentina, Chile, and other places. But the general feeling is that the Cold War was significantly less lethal than the preceding era.

If only that were the case. Perhaps the grimmest moment of the East-West conflict is now the least remembered: the slaughter of up to a million people in Indonesia, in 1965.

In his new book The Jakarta Method, journalist Vincent Bevins argues that this now little remembered episode of mass killing became a template for the enforcement of right-wing hegemony and the suppression of dissent in the Third World.

Bevins provides a tight and thoroughly researched narrative that operates both at the level of state politics and on that of immediate personal experience. His account is carried along on firsthand testimony from individuals who lived through the spasm of mass killing and then witnessed its export to other locations.

Indonesia was central to the Third World, a catch-all term designating states not belonging to either the industrial developed liberal capitalist or communist states. The struggle for influence and control of these states that would shape the Cold War began in parallel with it.

When George Kennan sent his famous “long telegram” from Moscow in February 1946 outlining the Soviet threat and the policy of containment, the French we already moving to reassert control of their colonial possessions in Indochina, a process that would lead to war by the end of the year.

The Dutch, another of the major colonial powers of the Pacific region, were also attempting to reestablish their position in the areas that they had controlled prior to WWII, in Java, Borneo, New Guinea, and Sumatra, and the thousands of smaller islands which surround them.

From 1945 to 1949, the Netherlands fought a brutal colonial war against an indigenous liberation movement that cost more than 100,000 lives and resulted in the creation of Indonesia in December 1949.

The republic was founded under the leadership of the former architect (and erstwhile Japanese collaborator) Sukarno. In the first years of his government, the single-named politician (an Indonesian custom) took a line between the two cold war superpowers, steadfastly refusing to align himself with one side or the other.

In 1955, Sukarno staged the Bandung Conference, a key moment in the development of the Non-Aligned Movement, comprising states from Asia and Africa seeking a politics beyond the bipolar Cold War division.

Politically, Sukarno espoused a variety of socialism but one that differed in important ways from that promoted by the USSR and its allies. Religion played and important role, as did the idea of the nation. Sukarno’s foreign policy was generally independent and explicitly anti-imperialist.

Indonesia grew closer to China in the later 1950s and also accepted military aid from the Soviet bloc. Although the Indonesian Communist Party (PKI) was among the largest in the world, it was separate in important ways from the leading communist powers and was hardly perceived as a threat, at least outside of Washington.

The United States tolerated a certain amont of leftist influence in Indonesia. But as the East-West conflict intensified, the view among American policy makers was that a harder line was called for, and the CIA began funding rebel groups in Sumatra and Sulawesi starting in the late 1950s.

The 1960s saw intensifying conflict in Indonesia, culminating in the October 1965 murder of six generals by a group a calling itself the 30 September Movement. While this group was composed of junior officers who are said to have opposed a military coup, the army used it as an excuse for the wholesale elimination of the PKI.

Bevins’s account gains depth and power by its presentation of eyewitness testimonies. Much of the background research for The Jakarta Method involved extensive and extremely delicate interviews with survivors of the violence. The result is a devastating look inside a process of mass murder in which an entire political tendency was extirpated.

The story of the mass killings of 1965-66 has been told before, as in Christopher Koch’s 1978 novel The Year of Living Dangerously, in which the protagonist is forced to flee Indonesia. The true import of Bevins’ book is that it shows how the project of physically eliminating communists and their sympathizers became a model for others to follow.

This was particularly the case in Latin America, where the 1960s and early 1970 saw a number of spectacularly violent transitions to military dictatorship. The CIA had already been active in the region since the 1950s.

The coup that saw the government of Jacobo Árbenz Guzmán ousted in Guatemala in 1954 was an essay in the craft of regime change. What distinguished this from later regime changes in Brazil and Chile was that there was relatively little bloodshed.

As The Jakarta Method notes, the example of Indonesia was much on the minds of the radical right in the region. For example, postcards and graffiti bearing the slogan “Jakarta is coming” were to be found in both Brazil and Chile prior to the military coups there.

This was an era in which lethal anti-communist violence became increasingly common, as in Pinochet’s coup in Chile in 1973, the so-called “Dirty War” in Argentina between 1976 and 1983, and in the most lethal phase of Guatemala’s nearly four-decades-long civil war (1960-1996.)

In all these cases, military juntas of the extreme right undertook to follow the example of the Indonesian army and resolve political conflicts through the wholesale physical elimination of their opponents (or those they perceived to be so).

Communist regimes were responsible for ghastly crimes in the second half of the 20th century, with Cambodia being the worst, but by no means the only example. But, as The Jakarta Method makes clear, the US was by no means unwilling to promote similar violence to achieve its ends.

The murders perpetrated in Indonesia were clearly common knowledge in Washington, where the feeling was that it was alright as long as the goals of reducing communist influence and protecting American business interests were being achieved.

Vincent Bevins is clear about the fact that, due to the unavailability of certain archival materials, the full story of CIA complicity in these actions can’t be told. But the available evidence makes clear the US government’s awareness of the measures being undertaken.

The Jakarta Method is part of an important and ongoing revision of Cold War narratives, one in which the commonly accepted bipolar picture of the conflict, of American good versus communist bad guys, doesn’t stand up to journalistic scrutiny.

The Washington consensus was always more nuanced than that.

Why would someone want to read Thomas Mann’s The Magic Mountain? And why would they finish it? END_OF_DOCUMENT_TOKEN_TO_BE_REPLACED

As I made my way up the trail, the late-afternoon sun temporarily muted by clouds, I suddenly realised how strange my situation was. END_OF_DOCUMENT_TOKEN_TO_BE_REPLACED

One of the great ironies of today’s politics is that when it comes to fascism, it’s often difficult to know what one is talking about. END_OF_DOCUMENT_TOKEN_TO_BE_REPLACED