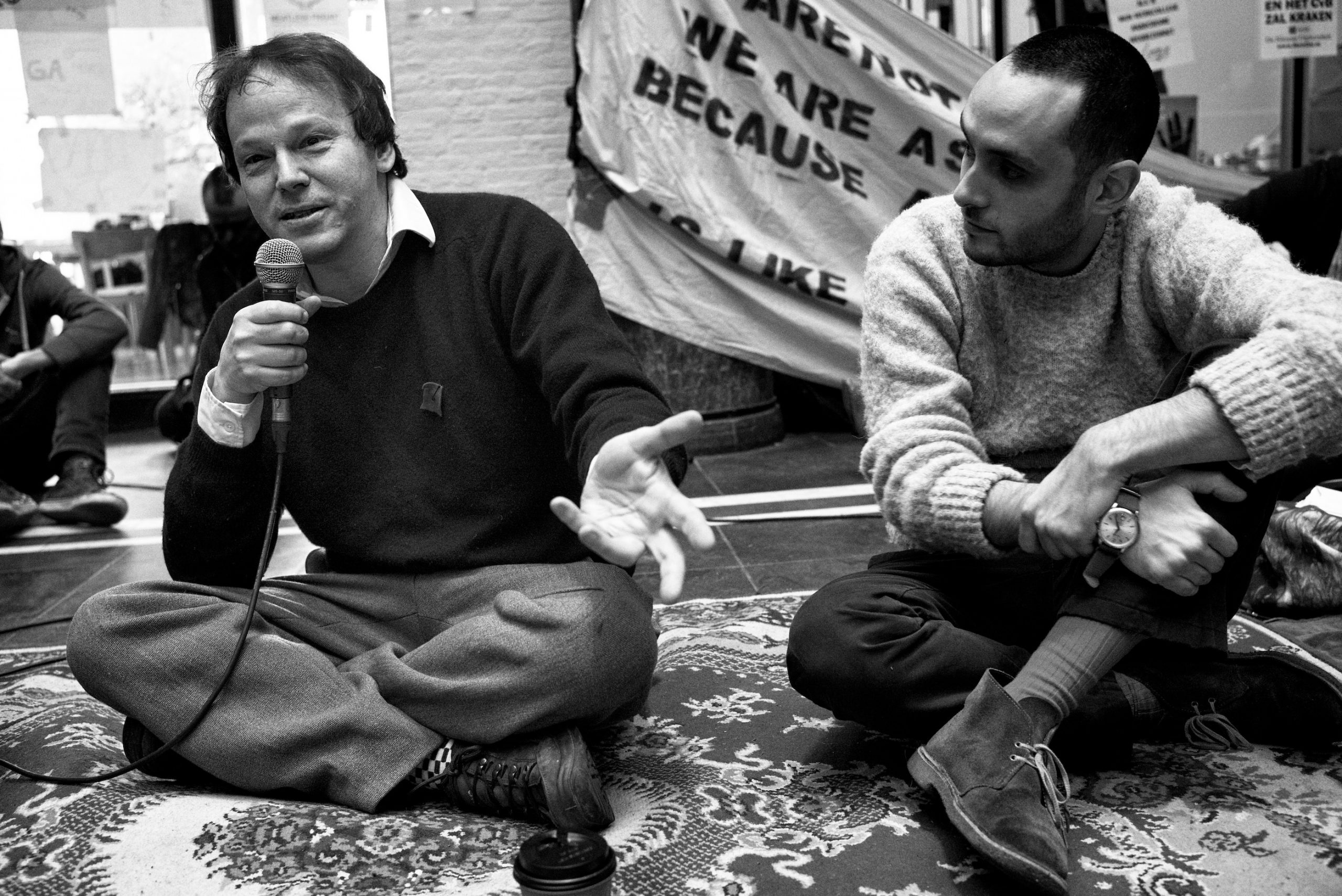 Graeber was that rarest of characters in the world of the modern intelligentsia, capable of combining high scholarship with street politics.

He leaves behind both an extremely important body of work and an exemplary record of activism that should serve as an inspiration for years to come.

David Graeber came to prominence in the context of Occupy Wall Street in 2011 but had been active in radical causes for at least a decade prior.

His were the politics of a renewed and vibrant anarchism. If others on the left viewed that as excessively idealistic, Graeber’s activism was the stuff of envy.

David Graeber was the son of working-class Jewish radicals. His father was a member of the Communist Youth League who, after breaking with the organisation, fought in the Spanish Civil War. His mother was an activist in the International Ladies’ Garment Workers Union.

Graeber wrote extensively, both in a scholarly mode and for directly political purposes. Arguably his magnus opus was Debt: The First 5,000 Years, first published in 2011.

Debt sparkled with erudition without retreating into regions of academic impenetrability. Graeber’s argument that debt is a form of domination struck at the heart of neoliberal capitalism.

One of the more striking of David Graeber’s claims related to the development of the money economy in the works of the classical economists of the 18th and 19th centuries.

For Adam Smith, Ricardo, and many others, the formation of the capitalist economy was the result of humans trying to exchange beaver pelts for spears, or food, or other items. The invention of money was a means of making the barter economy more efficient.

Graeber claimed that this got things backwards. Rather than engaging in the truck and barter of proto-market economies, human society was, for the vast majority of its history, based on a sort of primitive communism, with useful items held in common and doled out to members of the community as needed.

Such conclusions characterised much of David Graeber’s approach, drawing heavily on his work as an anthropologist. It was exemplary of his intellectual style. He was a disturber of received ideas, always willing to follow evidence and shape his political ideas based on the facts at hand.

Graeber’s final book was Bullshit Jobs, another in his attacks on the economic and social orthodoxies of neoliberalism. According to the logic of the free market, competition should strip away all elements of trade not immediately necessary to profitmaking.

Graeber’s critical rejoinder, advanced on the basis of extensive firsthand testimonies, is that modern enterprises are riven with positions that are simply unnecessary.

This casts work in an entirely different light from what proponents of laissez-faire economics proffer. Particularly those who believe that the rise of labour-saving technologies will lead to the end of work. Or at least certain kinds of jobs.

This creates an obvious political problem. If workers are no longer necessary, idle hands become the devil’s plaything. As the recent social unrest attendant upon COVID-19 shutdowns illustrates, people with nothing to do are at significant risk of challenging the system.

It’s not merely the case that labour under capitalism is exploitive. The need to work, both for sustenance and, at least in the United States, access to healthcare, is a means of control.

This is a feature of the market economy that will only become more pronounced as advances in technology make increasing classes of jobs unnecessary.

While David Graeber’s intellectual output was considerable, his work as an activist was also quite extensive. His radical credentials were well known long before Occupy Wall Street, in the context of which he is credited with coining the slogan, “We are the 99%.”

Graeber was a major figure in Occupy, where he was the subject of harsh criticism both from the right and, somewhat more surprisingly, from the socialist left.

The latter argued along typical doctrinal lines, that David Graeber and his associates lacked a political analysis of the situation, and that their anarchist style of horizontal organising was ineffective.

In later years, Graeber remained active, working for the election of Jeremy Corbyn, criticizing his framing as Antisemite, and speaking to the Extinction Rebellion movement.

David Graeber’s advocacy for Syria’s Kurds, and their mini-state in Rojava, was particularly exemplary, given the sectarian rifts that surfaced in the Anglo-American left over their cause.

No progressive intellectual of his stature gave the Kurds equivalent time. Given their anarchist-influenced politics, Graeber’s backing made perfect sense. Rojava was tailor-made for him.

In all cases, David Graeber was an unerring detector of the injustices of the society in which he lived and had a real talent for bringing his professional abilities to bear in movement politics.

One can hardly think of another figure in the current intellectual firmament who could take up such a role. Graeber’s loss will be felt among academics and activists for years to come.

David Graeber’s death is a tragedy both for those who knew him and for the left at large.

Krzysztof Kieślowski’s 1976 film The Scar, which chronicles the construction and operation of a large chemical factory, breaks many of the rules that had governed narrative cinema since the silent era. END_OF_DOCUMENT_TOKEN_TO_BE_REPLACED

The Russian government is awarding prizes to Macedonian writers. END_OF_DOCUMENT_TOKEN_TO_BE_REPLACED

The 1970s was a decade of broken dreams. The end of the postwar boom brought to a close the era of middle-class liberalism in Europe and North America. END_OF_DOCUMENT_TOKEN_TO_BE_REPLACED