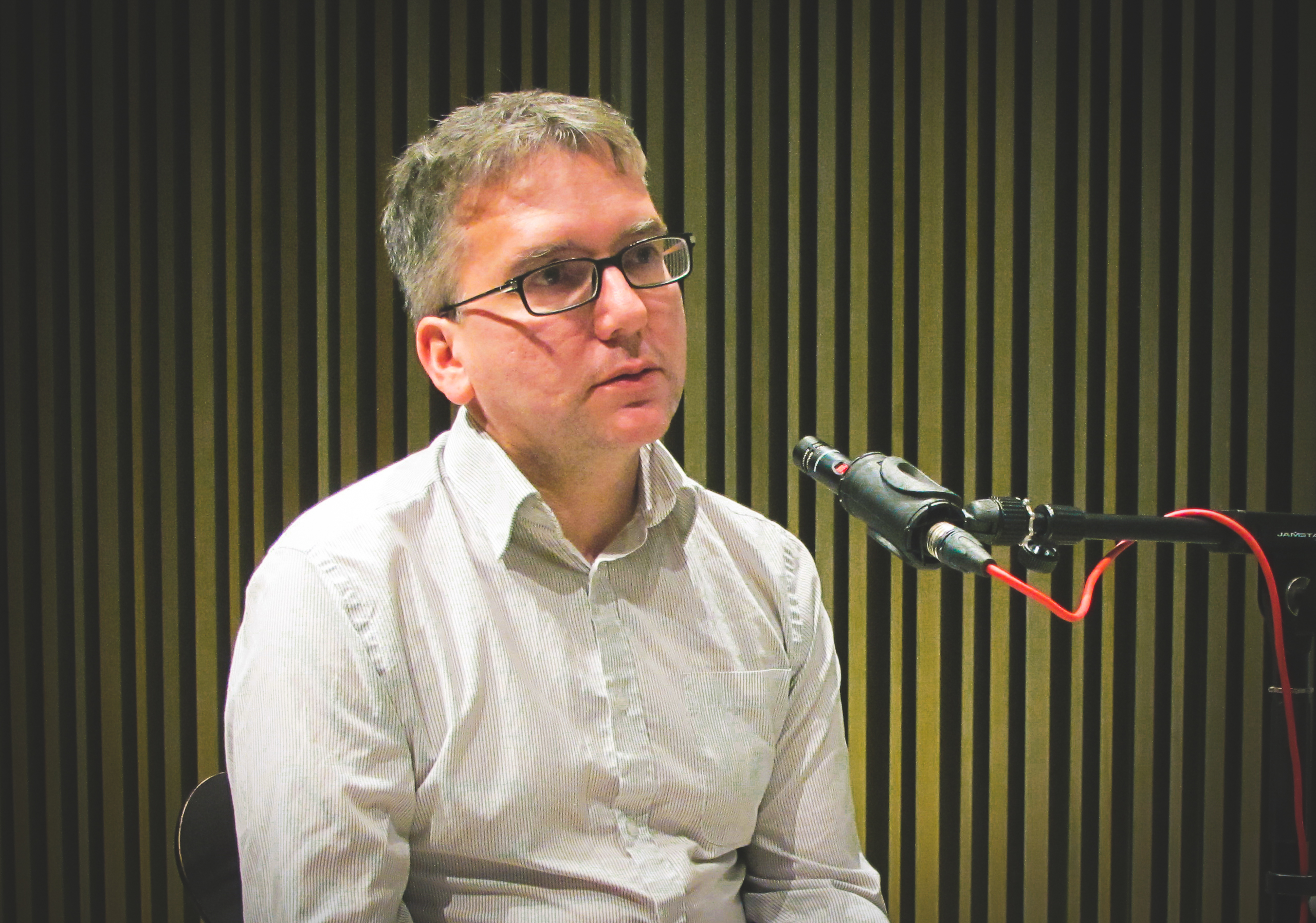 With the publication of Postcapitalist Desire, transcriptions of the lecture course that he was teaching at Goldsmiths at the time of his suicide in January 2017, Fisher has managed to do just that.

Beside fragments of 1930s dance music and sepia-toned photos,  Mark Fisher’s texts are the bearers of the uncanny, fragments of memories of experiences that one has not lived but which are, in a sense, retroactively instilled.

Fisher was a controversial figure. His body of work, although small, was startling in its intellectual scope and of such breadth that it defies straightforward characterisation.

From his dissertation (subsequently published as Flatline Constructs: Gothic Materialism and Cybernetic Theory-Fiction) to his writings on the K-Punk blog, to his journalistic output, Mark Fisher could move with apparent ease between the post-structuralist philosophy of Deleuze and Derrida (hauntology was his concept), to postmodern novels, to the emerging dubstep scene.

Although Fisher’s work could seem eclectic, it was tied together by his remarkable ability to imagine life beyond capitalism.

His most extensive engagement with this project came in his Capitalist Realism, published in 2009. There, Fisher argued that human beings living under conditions of neoliberalism are subjects of a “pervasive atmosphere” that conditioned their responses to the circumstances of their lives.

Embedded in everything, from advertising and propaganda to social life, (what Slavoj Žižek calls “unknown knowns”), neoliberalism is the only conceivable mode of existence.

Think of it as a societal internalisation of anti-communism. Everything outside neoliberalism is non-negotiable, particularly anything that smacks of social fairness and equality.

Viewed in the broadest terms, Mark Fisher’s project was a species of leftist utopianism. One uses this term advisedly, because it is so freighted with the tired schemes of the 1960s counterculture.

But its bad odour goes far deeper, a product both of Marx’s unwillingness to speculate about a post-capitalist order and the ennui resulting from a century and a half of failed socialist projects.

Without taking the analogy too far, one might take the motto of Fisher’s work to be the famous French ‘68er slogan: “Soyez réalistes, demandez l’impossible” (Be realistic, demand the impossible).

The impossible is precisely the sort of desire that neoliberalism makes us believe is impossible. Poverty is natural. We have to be realistic and learn to live with it.

Mark Fisher’s unfinished lecture course presents a powerful tour de force in the realisation of this goal. As usual, he brings together a wide range of tools to break down neoliberal capitalism and to imagine what life would look like beyond its boundaries.

Fisher’s talks are exciting exercises in working through texts. He is less concerned about communicating received ideas about Sigmund Freud, or Herbert Marcuse, for example, than he is about the application of their ideas to the practical problems of life.

While in previous writings he had tended to discount the radicalism of the 1960s, particularly in its hippie variant, the lectures presented here show Mark Fisher in the process of forming the concept of “acid communism”, fragments of which were left undeveloped at his death.

This melding of psychedelic and class consciousness was meant to strengthen the hippie project of finding new ways to live with a class-based analysis of rules and institutions. Given the persistence of hippie culture in the environmental movement, it makes sense to target.

Particularly if you look at Extinction Rebellion, which is increasingly concerned with neoliberalism in ways that other green politics have not. That’s a big part of why the UK political echelon finds it so concerning. It’s not ER’s street politics. It’s that it is a backdoor to socialism.

Fisher never shied away from controversy. While his scholarly work showed moments of remarkable openness to new ideas, he could also be witheringly critical of the failures of the left to stay true to its core commitments.

This was never clearer than in his notorious essay in OpenDemocracy, Exiting the Vampire Castle, published in 2013. In it, Mark Fisher called out what he viewed as the excessively aggressive intra-left gatekeeping common on social media.

Described by Jacobin as Fisher’s “most loved and hated essay,” Exiting the Vampire Castle brought forth a storm of criticism, much of it justified, much of it less so. Certainly, he evinced a tendency towards overstatement.

Describing Owen Jones as “the person most responsible for raising class consciousness in the UK in the last few years,” was a stretch. Discussing the hate heaped on Russell Brand for using sexist language (which Brand apologised for) was not the best example of soft-targeting on the left.

But soft-targeting is an issue and has been since female members of the Students for a Democratic rubbed their bare breasts on Theodor Adorno in the late 1960s for his failure to live up to the radicalism of his books, particularly Minima Moralia.

Mark Fisher’s point was not that leftists should not criticise each other, but only that they should do so in a more moderate and considered fashion.

As if to prove his point, a large proportion of the criticism directed at the essay amounted to shameless virtue signalling and the suggestion that Fisher had insufficient radical bonafides because he didn’t spend his days working in a factory.

This is the greatest value of these lectures. The course that Mark Fisher was teaching when he died is an excellent example. Fisher’s dialogues with his students had an important element of openness and invitation to think together, without any predetermined conclusions.

Who knows what might have happened had Fisher lived. His depression, about which he has written at some length, also seemed to have a productive dimension and his philosophy often seemed to be a complex mixture of hope and melancholia.

One can only imagine what acid communism might have developed into given the time and space to thrive.

Photograph courtesy of MACBA. Published under a Creative Commons license.

Krzysztof Kieślowski’s 1976 film The Scar, which chronicles the construction and operation of a large chemical factory, breaks many of the rules that had governed narrative cinema since the silent era. END_OF_DOCUMENT_TOKEN_TO_BE_REPLACED

The Russian government is awarding prizes to Macedonian writers. END_OF_DOCUMENT_TOKEN_TO_BE_REPLACED

The 1970s was a decade of broken dreams. The end of the postwar boom brought to a close the era of middle-class liberalism in Europe and North America. END_OF_DOCUMENT_TOKEN_TO_BE_REPLACED