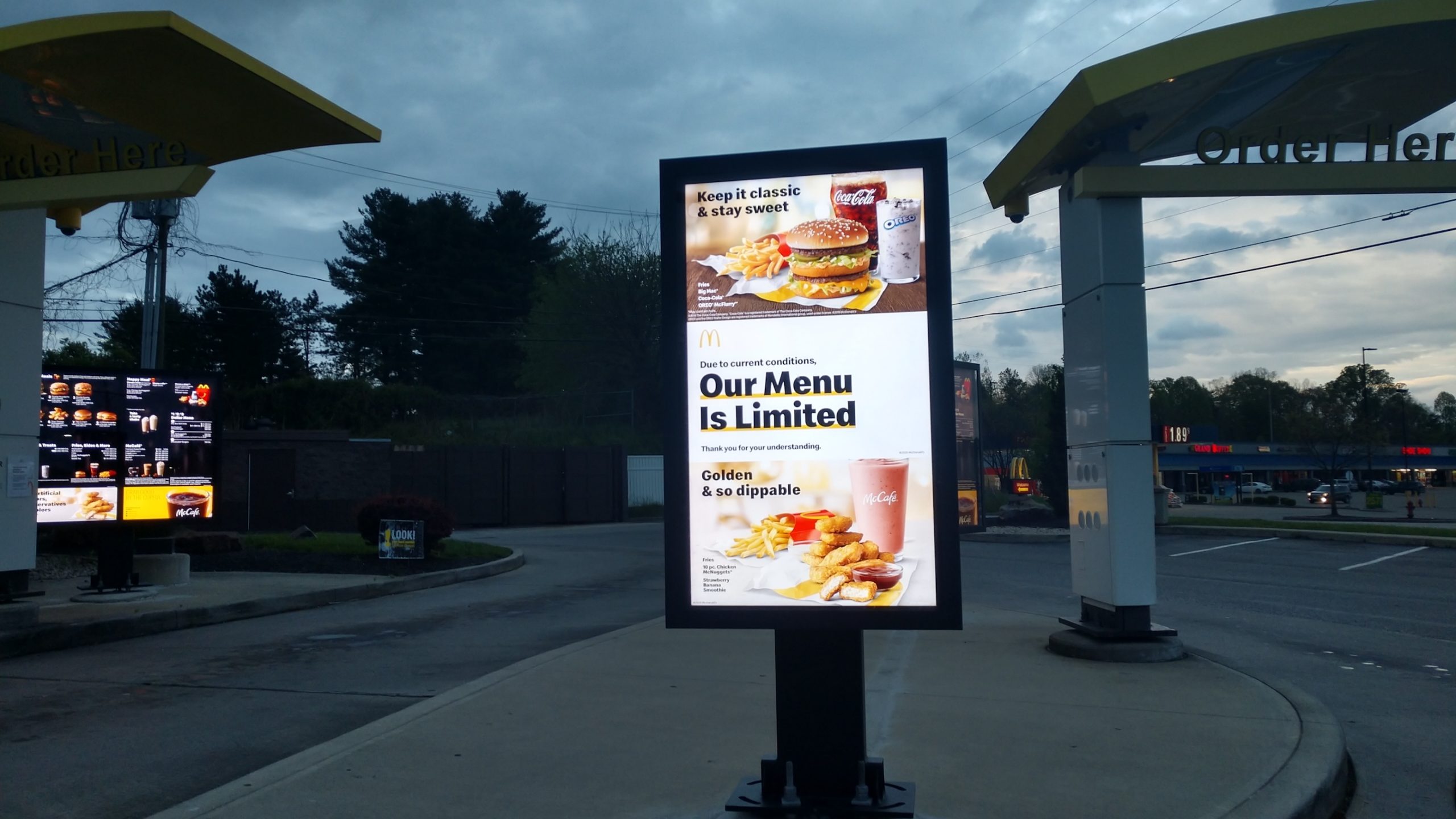 A former senator and state attorney general, DeWine drew praise early in the crisis for his science-based approach to slowing the spread of Coronavirus.

DeWine issued a two-week-long stay-at-home order at the end of March and seemed to be taking steps to contain the crisis, resisting the demands by the White House to keep states open at all costs. By the summer things had begun to change.

In the middle of May, it looked like the virus was under control. But there were rumblings from the right about the costs to the economy and the inconvenience of the anti-COVID campaign.

The statehouse in Columbus had become the scene of demonstrations in which protestors, in total numbering not more than a hundred or so, vented their fury at their inability to freely visit restaurants, gyms, and nail salons.

Anger focused on the state’s chief medical officer, Dr Amy Acton. A competent and empathetic public official, she was subject to two misfortunes.

First, Acton shut down bars and restaurants. For a state synonymous with fast food (international burger conglomerate Wendy’s started in Ohio), this was extremely hard to stomach.

In the face of this intensifying spread, Governor DeWine has done little.

In recent days,  DeWine has hinted that he might be considering a new round of restrictions. However, the main thrust of his policy has been to recommend that people behave responsibly.

This is a policy which, like abstinence-only sex education, has no chance whatsoever of accomplishing its goal.

It seems not to have dawned on the governor and his aides that if such a policy is going to work, it would have already done so by now.

Or, perhaps, it has dawned on them. Like the partisans of the community spread approach, the voluntary compliance model seems to be grounded in upper-middle-class cynicism.

Rather than undertaking serious and, in many respects, unpopular measures, both abstinence and resignation bank on a general feeling of exhaustion.

DeWine has, in practice, decided that the virus must be let to take its course. In a sense, he is no longer the governor of Ohio. COVID-19 is.

In Florida, Texas, and a host of states in the Midwest and western United States, the virus has been allowed to run its course, with both key and service industry workers urged to sacrifice themselves and their families on behalf of their communities.

At the federal level, the response has been to act as a cheerleader for this process.

Yet, Donald Trump has claimed that overcoming the Coronavirus is one of the “achievements” of his administration. In practice, his approach is closer to that of the last days of the Soviet Union.

A popular joke from that period sees Stalin, Khrushchev, and Brezhnev on a stalled train representing socialism.

After a number of failed attempts to get it going, Brezhnev finally walks around the car pulling down all the window shades. “Ok,” he says, “the train is moving again.”

At points, it seems as if the principal difference between Donald Trump and his Soviet predecessors is that the latter felt the need at least to pay lip service to an ideal.

For President Trump, reality is purely transactional. There is no independently existing United States, only an institutional appanage of himself.

One recalls here Trump’s occasional fondling of the American flag, one of a number of behaviours that suggests he views the country as something he owns rather than serves.

As Donald Trump’s much-publicised comments about the military illustrate, the president regards anyone who disagrees with him as a sucker.

His organisational model is that of the feudal lord or a mob boss, distributing the spoils accumulated by a system in which the president is the final arbiter of wealth.

Unsurprisingly, one of the more remarkable and insufficiently appreciated elements of Donald Trump’s support is that which he receives from evangelical Christians.

How is it that a president whose personal conduct amounts to a point by point repudiation of everything that evangelicals claim to espouse is their leader?

The answer is Trump’s willingness to do things that evangelicals want done, such as packing the federal judiciary with paleoconservative judges.

Donald Trump doesn’t have any religious inclinations (he certainly has never read the Bible and is at best loosely familiar with its ideas). But he is a white man of conservative outlook.

Evangelicals, on the other hand, are at this point a product of neoliberalism. After decades of watching televangelists such as Jim Bakker and Jerry Falwell worshipping at the altar of the Cadillac, it’s not surprising that their values match those of the president.

In their eyes, Jesus has the visage of bail bondsman collecting a debt under threat of eternal damnation. It matters not that Trump has had multiple affairs and divorces. As long as he delivers the legislative goods, he might as well be the devil incarnate.

Mike DeWine is a different breed of politician. He is less brash than Trump and lacks that species of charisma that allows the president to speak to white men with hypnotic, virile gravitas.

Ohio’s governor is a product of a state whose electoral districts look like they were drawn by a visually impaired person. His convictions are more rhetorical than real.

Occasionally, however, some version of an underlying politics emerges from the fog.

While Governor DeWine has thus far refused to take any concrete actions that might actually slow the spread of the virus, that is not to say he has been idle.

This week, DeWine hired a replacement for Amy Acton. His choice, Stephanie McCloud, has been running the state’s health insurance program for injured workers. Her previous “public health” experience was as a lawyer and anti-abortion activist.

DeWine had previously said that he wanted to have a doctor in the position. His preferred candidate, an actual physician, turned him down. Hence, McCloud.

Better a lawyer and bureaucrat than a scientist, since the eggheads can’t be counted on to say the thing that needs saying if it isn’t, strictly speaking, true.

Perhaps McCloud can stem the flood of COVID cases by tamping down the number of people protesting outside abortion clinics.

The (apparent) election of Joe Biden as president is probably the best sign that the Trump Administration’s surrender to the Coronavirus might now be reversed.

Biden has already said that he will convene a new Coronavirus taskforce as part of his transition strategy.

But the point at which Joe Biden will actually take power is at least 75 days away, and that assumes that none of Donald Trump’s long-threatened courtroom schemes gets any traction.

The intervening weeks will be the heart of the cold and flu season, when other viruses find their greatest play as people cluster indoors due to inclement weather and holiday celebrations.

Moreover, and this is perhaps the most worrying thing, Republican governors and legislators have learned the lesson that many Americans prefer the threat of death to inconvenience or the perceived diminution of their personal freedoms.

There is every likelihood that Governor DeWine will bank on the pervasiveness of this feeling in the sparsely populated counties outside Ohio’s central and northern cities, as well as in the regions close to the Kentucky line.

Having allowed the virus a free run at the population, a change of policy would smack of weakness and error. No Republican politician ever concedes those things.

The spread of Coronavirus in the United States casts the dilapidation of the national idea in relief.

In the 1930s, the country rose to meet the challenge of the Great Depression. The hallmark of the Roosevelt Administration was its willingness to try new ideas and programs to address the crisis.

The hallmark of the Trump Administration is a steadfast refusal to concede that there is any problem at all.

Its symbol is a cold beer and an order of onion rings consumed on the way to the emergency room.

Foucault once suggested that Clausewitz’s famous observation, “war is not merely a political act but a real political instrument” carried out by other means, be reversed, with politics made an extension of war. END_OF_DOCUMENT_TOKEN_TO_BE_REPLACED

Brexit will turn three on the last day of January, over six years since the 2016 referendum kickstarted Britain’s race to the bottom. END_OF_DOCUMENT_TOKEN_TO_BE_REPLACED

Be careful what you wish for. It may be a cliché, but it’s one the Greens are learning all over again. END_OF_DOCUMENT_TOKEN_TO_BE_REPLACED