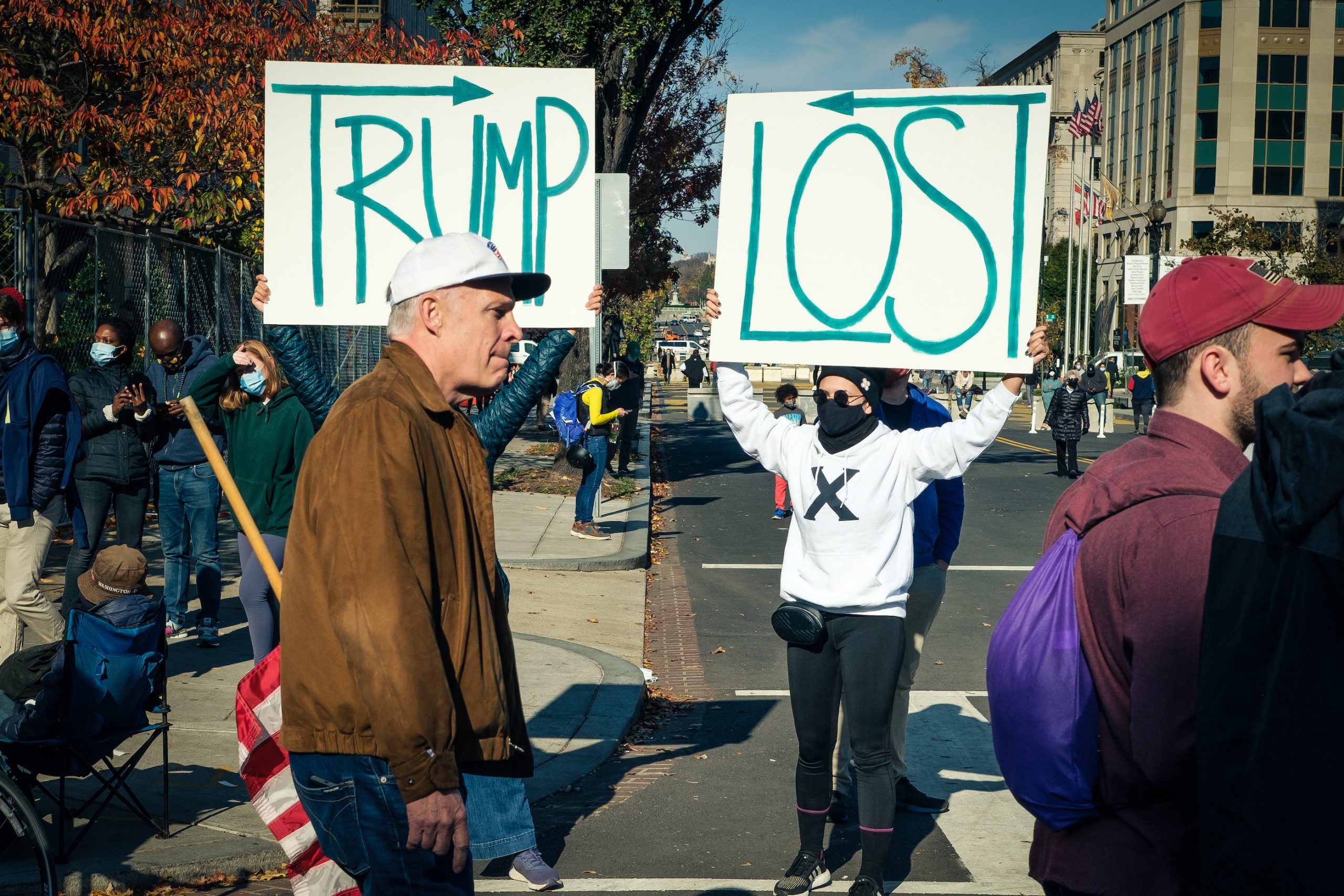 Therein lies the core problem of our culture, in Europe just as much as in the benighted lands west of the Atlantic. What is has become a function of who says it and how loudly.

One hears this complaint from all points on the political compass. It has, since the days of the student movements of the 1960s, been a staple of conservative criticisms of the permissiveness of both liberals and the radical left.

The failure of postwar middle-class youth to accept the authority of their parents and their teachers and insist on questioning previously settled mores and narratives is a sign that they have lost the capacity, and perhaps the will, to distinguish fact from fiction.

More recently the left has taken up this line of argument. Whereas the bêtes noires of conservatives had been the fragmentary remains of existentialism and Western Marxism, for the liberals of the modern-day, the target was post-modernism, also called post-structuralism.

Post-WWII French intellectuals such as Jacques Derrida and Michel Foucault turned everything into a text. All that had seemed so solid in the realms of political science, sociology, even philosophy, seemed to collapse when subject to their heterodox analyses.

The foregoing constitutes an answer (or at least part of one) to the question of why it is that someone who was not a scholar might be interested in the work of Derrida.

In all fairness, there are plenty of people in the ivied halls of the academy who might ask just the opposite question. And not merely in the United States, where the humanities still retain a whiff of Protestant prudishness.

These questions occur in those moments when one is struggling to parse Jacques Derrida’s unforgiving and sometimes self-indulgently opaque prose. If he is in fact one of the more misunderstood figures of modern critical theory, the philosopher must bear part of the blame.

While there are many who have shown themselves ready to engage with Derrida’s multifarious projects, he is one of those thinkers whose acolytes tend to write about him by writing like him, which hardly makes the problem of coming to terms with his ideas any more accessible.

Peter Salmon’s intellectual biography of Jacques Derrida, An Event, Perhaps constitutes a refreshing deviation from this pattern. Written in clear and effective prose, Salmon’s biography provides a concise account of Derrida’s development from his student days in Algiers to international renown and revilement by looking at the problems that he was trying to solve.

These qualities, in and of themselves, might not offer the requisite clarity to the nonspecialist reader. Derrida came up through the intellectually charged, but often somewhat obscure world of the École normale supérieure, the renowned teachers’ college located on the Rue d’Ulm in Paris whose alumni roll reads like a who’s who of French intellectual life.

Jacques Derrida cut his teeth on the work of German philosopher Edmund Husserl, who is now little-known outside academia but is remembered in the public mind (when remembered at all) as the intellectual mentor of the Nazi-burdened philosopher Martin Heidegger.

Derrida’s subsequent engagement with the obscure work of the French-Lithuanian philosopher Emmanuel Levinas did little to give his ideas wider appeal, though it helped underline his cultural background, as both were Jewish intellectuals influenced by the Kabbalah.

His big break came when he spoke at a conference held in the United States, at Johns Hopkins University, in October 1966.

In his talk, Jacques Derrida delivered a withering attack on structuralism – that culture and politics are made meaningful by their social context – introducing his theory of deconstruction, much maligned for its alleged amorality, by insisting that concepts such as justice, for example, have no empirical grounding.

Such ideas, rather, are a function of language, which is inherently empty and thus unable to do anything more than offer subjective ways of understanding reality. We say what we think but our ideas are often more reflections of what we want than they are mirrors to an actually existing world.

According to Peter Salmon, much of the discomfort with Derrida’s philosophy is based on a misunderstanding. Critics fixate on lines such as “there is nothing beyond the text” out of concern that he’s replaced the idea of truth with culture. Apropos the Kabbalah citation, everything is interpretation.

Such criticisms were common in the 1980s and 1990s, particularly on the academic left, which feared that Derrida was trying to replace material reality, AKA labour, with language. What else would be expected of a student of Heidegger? This was a similar oversimplification.

What makes deconstruction useful for progressive politics is the idea that texts are indeterminate, and that we can say one thing but mean another. For example, “Make America Great Again” is not about making America great but making Donald Trump supreme leader.

Salmon acknowledges that Derrida’s presentation of his project can make it difficult to translate so simply into politics. To wit, his description of his seminal 1967 book Of Gramatology as “gloriously bonkers” is perhaps the most apposite thing ever written about his work.

An Event, Perhaps also does not shy away from the crises of Jacques Derrida’s public life, such as the negative feeling aroused by his engagement with Heidegger’s work after the publication of Victor Farías’s devastating 1987 book, Heidegger and Nazism.

Farías traced Heidegger’s repugnant participation in the early phases of the National Socialist regime and his attempts to become the movement’s leading philosopher. If little in the book was new or unknown, it did offer a challenge to leftist appropriators of Heidegger’s work.

Similarly, Derrida was taken to task for his relationship to (and partisanship of) the work of the Belgian scholar Paul de Man. In 1987, four years after De Man’s death, it was revealed that he had written numerous pieces for a fascist newspaper in Belgium in the early 1940s and had espoused Antisemitic views.

It was also alleged that De Man had falsified his academic credentials in order to achieve acceptance and advancement at both Harvard and Yale.

Paul de Man taught at Cornell in the first half of the 1960’s & it’s now known he was very sympathetic to the Nazis. Probably one of the first to push postmodernist thought in the US. While at Cornell de Man championed the defenestration of the core curriculum

The upshot of these affairs was not only that Derrida had been willing to take up the philosophy of figures tainted by fascism. It was also that, especially in the case of De Man, he had accepted at face value work that was of questionable substance.

Peter Salmon’s biography treats these topics thoroughly, connecting them to the larger issues that they created for Derrida, especially in the wake of the conservative reaction following the publication of Allan Bloom’s screed, The Closing of the American Mind.

Interestingly, Salmon does not address the so-called Sokal Hoax in 1996, in which a paper composed of meaningless jargon was submitted to a (non-refereed) American academic journal, Social Text and published as content.

This event was taken as a devastating attack on poststructuralism, of which Jacques Derrida was viewed as the leading exponent. But his response was one of Derrida’s finest moments, demonstrating his willingness to engage with criticism of his work.

Derrida, specifically, lamented that the form of the hoax foreclosed the possibility of a serious discussion of what the problems of his philosophy might be. It was a nuanced response, but entirely appropriate, as it was about Derrida’s own ideas. The hoax ended up coming off as a cheap shot, a caricature by a fellow academic who hadn’t done his homework.

To return to the post-truth society in which were are all (apparently) now living, one of the real virtues of An Event, Perhaps, is to show that Derrida cannot be put on the hook for such a development without doing the man and his work a grave injustice. Like Alan Sokal did.

That modern political culture has come to such a point is more an outgrowth of politics and media than it is the philosophy of Jacques Derrida, which remains entirely relevant. Hence, its anticipating the untruth of political statements such as Trump’s “I won the election.”

The president can say such things because there’s nothing about language stopping him from lying. Repeatedly. The point is to challenge the CEO-in-Chief, which is where the politics of Derrida’s understanding of language, and its malleability comes in. Here’s to setting his record straight.

Walter Ruttmann’s 1927 film Berlin: Symphony of a Metropolis is strangely suited for these times, when traditional moviegoing is in perilous decline, providing a way to disentangle the art of cinema from that mode of consumption. END_OF_DOCUMENT_TOKEN_TO_BE_REPLACED

That the first song on Soulside’s new LP ends with a sample from a 1952 American civil defence film Duck and Cover, about a nuclear apocalypse, says it all. END_OF_DOCUMENT_TOKEN_TO_BE_REPLACED

Based on the flurry of academic titles about it over the last decade, punk has become as common to college curriculums as it is to the Top 40. Why this took so long is baffling. END_OF_DOCUMENT_TOKEN_TO_BE_REPLACED