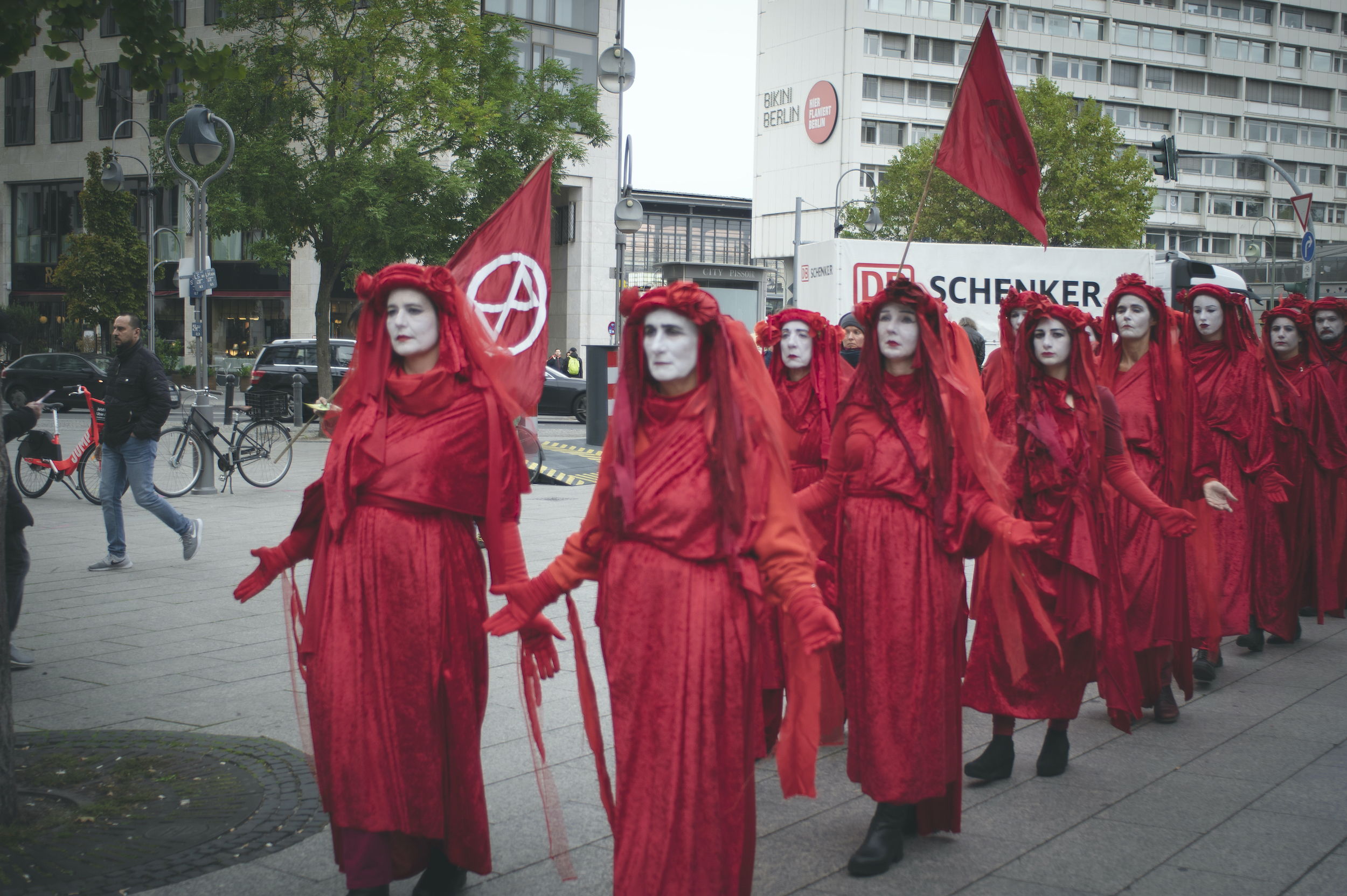 But for all the drama that it suggests, the prospect that we will create our own mass extinction event is nonetheless real, and legitimately fear-inspiring.

Climate change and the question of its precedence among the issues facing humanity can be addressed in more or less salutary ways.

At times, climate takes on a role comparable to that of class. Both have been used as a means of avoiding discussion of issues of race and gender, or other questions of intersectionality. That they can play this role is dues in no small part to their importance.

The challenge put forward by climate change is twofold. The first is to work it into a broader analysis of neoliberal capitalism in ways that mesh with struggles of marginalised groups.

Second, climate change raises important questions about what sort of tactics ought to be employed to fight it and has significance for all aspects of progressive politics.

The tactical issue is taken up at length by the Swedish climate activist Andreas Malm in a recently published book. The title, How to Blow Up a Pipeline is really a misnomer, as the book is more analytical than a guerrilla manual.

The structure of Malm’s argument is relatively straightforward and has the added benefit of being uncontroversially true, at least in its central elements.

Anthropogenic climate change poses an existential threat to a large proportion of life on this planet. Recently, UN Secretary-General António Guterres spoke of humanity waging a “suicidal” war on nature and his is by no means the only mainstream voice expressing such alarm.

To nod to Lenin, what then is to be done?

The approach of climate activists for the last fifty years has been nonviolent protest coupled with attempts at getting legislative traction on the problem.

Malm argues that this has failed. Here too, How to Blow Up a Pipeline has a strong prima facie case. The amount of carbon being pumped into the atmosphere has increased dramatically in the last decade.

While it was once possible to talk with some optimism about keeping global temperature rise below 2°, that now only seems possible based on extremely optimistic assumptions.

Moreover, as the economic literature on resource stranding suggests, the possibility of limitations being placed on the exploitation of carbon-generating resources makes their owners increasingly circumspect about bringing them to market, lest they be left holding a devalued asset.

Malm cites several effective instances of direct action, from the flattening of SUV tires to direct action against pipelines in North America. Together with the work of groups such as German activists Ende Gelände (Final Landscape) clear results can be pointed to.

However, that’s not enough. How to Blow Up a Pipeline argues for a politics of increasing confrontation with the pollution producers, distinguishing between the hyper-wealthy in post-industrial states and developing countries, for whom carbon production is a necessity.

Here Malm runs up against the strongly held predilection of the mainstream left against the use of physical force.

The decades since the Second World War have seen various ill-conceived programs of direct action, from groups like Germany’s Rote Armee Fraktion and Italy’s Brigate Rossa in the 1970s to the American Earth First! and British Earth Liberation Front.

The outcomes of the initiatives undertaken by such organisations have been less than optimal, including bouts of quixotic violence, and a wealth of excuses provided to repress and harass ever-wider segments of the left, irrespective of whether they have any connections to them.

Malm is well-versed in the arguments surrounding these issues and well-aware of the tendency of groups committed to clandestine violence and destruction of property to evince elitist and (especially in the case of Earth First!) anti-human tendencies.

His position seems to be that, although small groups conducting well-conceived, non-lethal actions can have greater consequences than have been heretofore supposed, the real goal would be to have direct action undertaken on a mass basis.

This is certainly true. And, in fact, the point is equally valid when expressed more generally. The underlying problem of climate change is neoliberal capitalism, which requires ever-expanding resource exploitation as a concomitant to its ever-expanding requirement for labour exploitation.

Both would certainly be best addressed by mass mobilisations to oppose them such as the UK’s Extinction Rebellion and French Gilet Jaunes protests. Climate, at least, has a more tangible downside for creating the requisite degree of motivation.

The story of post-war capitalism has been the formation of consumer societies which meet the needs of some and channel the desires of others into the solutions of the commodity culture.

Since the 1930s this has been coupled with an increasing tendency on the left to offer up utopias that nobody wants, from long, dreary lines for bread and other staples to calls for the wholesale rejigging of the social order and the nuclear family.

All this is not, of course, to validate those institutions or to assert that they do not need to be reformed or reconfigured or potentially even abolished.

But the great failure of the left, especially in the post-communist era, has been the lack of a positive utopia that seems preferable to an iPad and a Playstation.

The question of climate, by contrast, implies a more tangible downside: the world becoming unlivable. The prospect of an end to humanity is a better inspiration for protest.

How to Blow Up a Pipeline offers a judicious proposal for direct action up to and including the sabotage of – as the book title suggests – pipelines – and other nodes of carbon production.

Malm recognises the asymmetries of power between activists and those hired to defend the assets in question. However, he is firmly convinced that the risks that this poses are worth incurring.

How to Blow Up a Pipeline is a challenge to the left and an important one. Since the Bolshevik Revolution, progressives have increasingly resigned themselves to a process of convergence with parties of the centre.

The 1959 Bad Godesberg Program of the  Sozialdemokratische Partei Deutschlands (SPD) was only the most overt statement of that conviction.

But the accelerating emission of carbon and the resulting rise in aggregate global temperature has created a stormy present, to which the dogmas of the past are more inadequate than ever.

Krzysztof Kieślowski’s 1976 film The Scar, which chronicles the construction and operation of a large chemical factory, breaks many of the rules that had governed narrative cinema since the silent era. END_OF_DOCUMENT_TOKEN_TO_BE_REPLACED

The Russian government is awarding prizes to Macedonian writers. END_OF_DOCUMENT_TOKEN_TO_BE_REPLACED

The 1970s was a decade of broken dreams. The end of the postwar boom brought to a close the era of middle-class liberalism in Europe and North America. END_OF_DOCUMENT_TOKEN_TO_BE_REPLACED