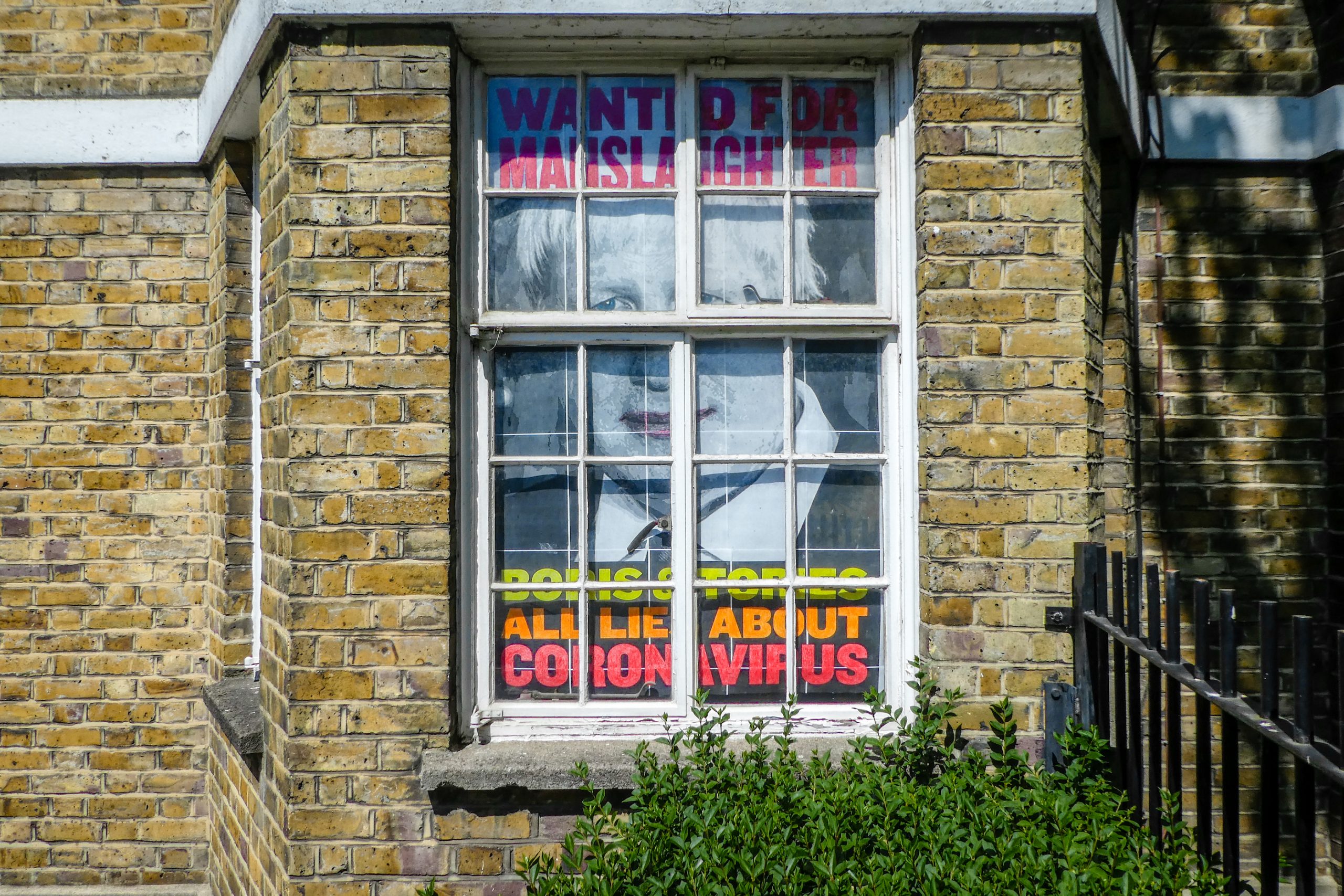 Too often this subset of the broad church which is ambient music falls into clichés of dank dungeons, gothic choirs, haunted forests and deep space terrors.

Maestros are few in number, with Brian Williams’ longstanding Lustmord project perhaps the only notable example of an artist who has made a career from the style.

More often dark ambient is a side hustle or ‘string to the bow’ for producers of otherwise more varied, less niche forms of electronic music.  It also has a tendency to bleed into other related styles, like noise or EBM, many of which were born out of the second wave of industrial music in the 1980s.

There’s no shortage of outward-looking examples of the genre with which to transport the mind’s eye beyond the confines of one’s home.  Indeed the evocation of imaginary landscapes, of wide vistas and exotic locales has been part of the genre since the very beginning.

Wendy Carlos’ Sonic Seasonings (1972) is a record that has retained its soothing, transportative quality across the past half-century, as have the classic works of Brian Eno and Harold Budd, whose meditations on beauty and space with records such as Ambient 2: The Plateaux of Mirror (1980) and The Pearl (1984), bridged the gap between American minimalism and a more democratised, less academic form of electronic music.

Dark ambient has tended to eschew what the late Budd described as the “existential prettiness” of his music, or Eno’s desire to defuse the inherent tension of environments like airports.

Instead, at its best, ambient music’s shadowy twin opts to amplify those same tensions, drawing out the uncanny from the everyday, in search of a more rounded and authentic experience of “inner spaces”.

LINE label boss Richard Chartier’s Pinkcourtesyphone is an outlier in being a dark ambient project that not only has an immediately recognisable aesthetic but also carries an intense, if somewhat occluded, social critique.

Leaving Everything to be Desired (2020) is Chartier’s latest album under the moniker and has recently been released on Lawrence English’s Room40 label. It continues working around themes of femininity and sexuality within the context of modern consumer capitalism and pharmacologically modulated states.

If that sounds like an incongruous mix for an almost entirely instrumental musical form, then it’s to Chartier’s credit that each Pinkcourtesyphone record since 2012’s debut Foley, Folly, Folio drips with a unique sense of intrigue and tentative questioning that rewards patience.

Unlike Brian Eno’s evocation of ambient sound as a means to better connect with an environment, Pinkcourtesyphone is a soundtrack to psychical dissolution, the collapse of borders between inside and outside the self. Not, however, in the form of some kind of New Age “oneness” with creation, but as a total abandonment to external powers beyond one’s control.

The sound is a rich amalgam of the best available studio trickery and what – perhaps uncomfortably – gets described as “textural composition”. Orchestral samples are distended and treated with effects, becoming scarcely identifiable drones that whisper and groan at the edge of audibility.

Charm, Offensive (For J.D) is the first track off the recent album, deploying this technique to layer the sounds of American vaudeville and big bands into a disorientating swirl of stretched brass and undulating strings.

The orchestral pallet is offered up again in the following track Another Interior where a looped swell of brass rises up out of a minimal background of incidental and electronic sounds. A few minutes later the brass falls away revealing flickering industrial noises and bell tones.

In this nightmarish sounding space, we encounter the first appearance of sampled female voices, as one woman asks another – seemingly drunk – to sit down. She collapses heavily before stating “Oh, I nearly upset my drink.”

Pinkcourtesyphone records are almost entirely instrumental. But where the human voice does make an appearance, it is invariably female and sampled from other media.

Wistful Wishful Wanton, the opening track from the project’s debut album from 2012, features the voice of a young girl, drifting dreamily in and out of a cloud of saccharine keyboard melodies and icy ambience;  “Dear diary … the most wonderful night of my life”.

The effect is disorientating and even a little creepy. Chartier has never ceased to deploy this basic motif on all the project’s subsequent records.

Usually, these interventions take place at the beginning or end of long excursions into layered drones and delicate inharmonics, some of which last for up to half an hour, appearing as if from a fog or sudden awakening.

The Shock of Each Moment of Still Being Alone, another piece from the recent record, opens with the refrain “it’s night, late night, without sleep…clear as a vision”.

These snippets of dialogue, which when abstracted from their context have lost almost all semantic sense, nonetheless stand as cyphers for something like feminine desire under capitalism.

Along with track titles like Minimumluxuryoverdose, Romantic threat and In Voluptuous Monochrome – all from Indelicate Slices (2017) – Chartier’s songs create a world where, according to philosopher Nina Power, the desire for emancipation starts to look like something wholly interchangeable with the desire simply to buy more things.

Moreover, the persistent references to psychiatry, sexuality and the project’s overall dislocated and blurred sound highlight the mental cost of this desire, which knows no satisfaction.

This is the world that Slavoj Žižek described as the feminine depressive, which finds its clearest iteration in the films of David Lynch, whose award-winning sound design is a clear influence on Chartier’s project.

Pinkcourtesyphone isn’t however simply a project about modern consumerism. There is nothing like the post-ironic take on consumer culture undertaken by Vaporwave producers going on here, though they do share a fixation with garish shades of pink.

Nor does the project’s primarily instrumental form allow for a more direct, punk-style frontal assault on the alienation of our times.

Instead, the music of Pinkcourtesyphone attempts to produce what the painter Francis Bacon (borrowing from Paul Valéry) described as “sensation without the boredom of its conveyance”.

Many tracks are dominated by a combination of low, slowly undulating bass tones combined with higher frequencies, which sound like they’re floating over the top of the mix. These studio generated sounds are reminiscent of those we hear in especially quiet places, and which emanate from our own circulatory and nervous systems.

The subject of this music is about being alone, listening to the voices in our head.

The effect on the listener is to distil a certain feeling of atemporality characteristic of contemporary culture and so-call “post-historical” society.

Days and weeks linger on without variation, diversion or end; an experience which, under conditions of lockdown have become painfully familiar to so many of us.

This is music for pandemic interiors, for experiences drained of effect and repeating endlessly.

What we’re hearing are not soundtracks to imagined external spaces governed by the laws of physics, but rather “inner spaces” adhering to a logic of psychic disturbance and medicated delirium.

The era of permanent crisis in which we have been living is, it’s worth recalling, also a mental health crisis.

In addressing the subjective experience of time, memory and mental health, Pinkcourtesyphone covers similar ground to that of The Caretaker, the project of Leyland James Kirby which centres around processed pre-war ballroom music.

Chartier’s pallet of sounds similarly deploys such nostalgic sources, and it’s notable that most of his dialogue samples seem to come from old films.

In 2019, Kirby completed his six-part magnum opus Everywhere at the End of Time which uses his signature processing techniques to chart the progressive breakdown of memory function in sufferers of dementia. Imagine William Basinski’s Disintegration Loops, but far more harrowing.

The project, which has a run time in excess of six hours, is a challenging listen as those crackly old-time tunes (which still bring to mind the ballroom scenes in Kubrick’s The Shining) are slowly deconstructed across each stage, until all that is left are hollowed out, half-remembered melodies emanating from out of a storm of distortion and gramophone static.

Bizarrely, the record has become a hit online as a TikTok challenge during the pandemic. Many users noted how Kirby’s masterpiece captures the experience of lockdown, when days and weeks pass without variation, and the impact this has both on memory and mental health more generally.

Like the tranquilised delirium of Pinkcourtesyphone’s music, there is something in Leyland James Kirby’s masterful depiction of the breakdown of persona and temporal experience that speaks to our pandemic times.

It shouldn’t be a surprise that the late cultural theorist Mark Fisher was an ardent supporter of The Caretaker’s Music, even writing an introduction for the artist’s six-CD collection Theoretically Pure Anterograde Amnesia (2005).

Fisher’s concept of “depressive hedonia” is another armature on which to examine Pinkcourtesyphone’s music.

In Capitalist Realism (2009), Mark Fisher wrote that “depression is usually characterised as a state of anhedonia, but the condition I’m referring to is constituted not by an inability to get pleasure so much as it is by an inability to do anything else except pursue pleasure”.

What Fisher highlights with this concept – and what Richard Chartier brilliantly captures in his music – is that the availability of everything and the smashing of taboos has not led to desire’s fulfilment, but rather its atrophy.

Track titles like Voluptuous Monochrome from Indelicate Slices and indeed the title of the most recent record, Leaving Everything to be Desired, point toward lives reduced to the unceasing demand for sensation and accumulation, the end result of which isn’t life or its excess, but rather what is un-dead in the life of contemporary capitalism.

The artwork for Pinkcourtesyphone records is the perfect visual accompaniment to these themes.

Overexposed images of mannequins, limbs floating out of a pink and white fog, extreme close-ups that reduce the body to a partial object; all point to the near-pornographic exposure which the modern subject is increasingly expected to participate in, as digital technologies saturate our lives.

The imperative to maintain a pixel-perfect Instagram (or Zoom virtual meeting) ready lifestyle falls disproportionately on young women. But for the depressive hedonist, overstimulation does not result in a heightening of experience but rather a progressive loss of the capacity for experience.

We shouldn’t, however, think that because Chartier’s work takes Žižek’s feminine depressive as its principle subject that it cannot be generalised. As the French Tiqqun collective wrote in their forthright – and not uncontroversial – Preliminary Materials for a Theory of the Young Girl (2012) – such social types as the feminine depressive, and Fisher’s depressive hedonia, function as paradigms of the model citizen, redefined by consumer society in the post-war period.

The pandemic has thrown this into sharp relief as a notion of “superlative citizenship” has taken hold in which the highest civic duty is to work (if you still have a job), shop and stay online at home.

The music of Pinkcourtesyphone is a welcome intervention during a time when pandemic conditions have led to a radical constriction of autonomy and possibility in our lives.

The vision of a medicated, digitally over-stimulated but unfulfilled humanity, desiring/suffering within any number of nightmarish interiors is one we should not dismiss, if only to ensure it might be avoided.

The Russian government is awarding prizes to Macedonian writers. END_OF_DOCUMENT_TOKEN_TO_BE_REPLACED

The 1970s was a decade of broken dreams. The end of the postwar boom brought to a close the era of middle-class liberalism in Europe and North America. END_OF_DOCUMENT_TOKEN_TO_BE_REPLACED