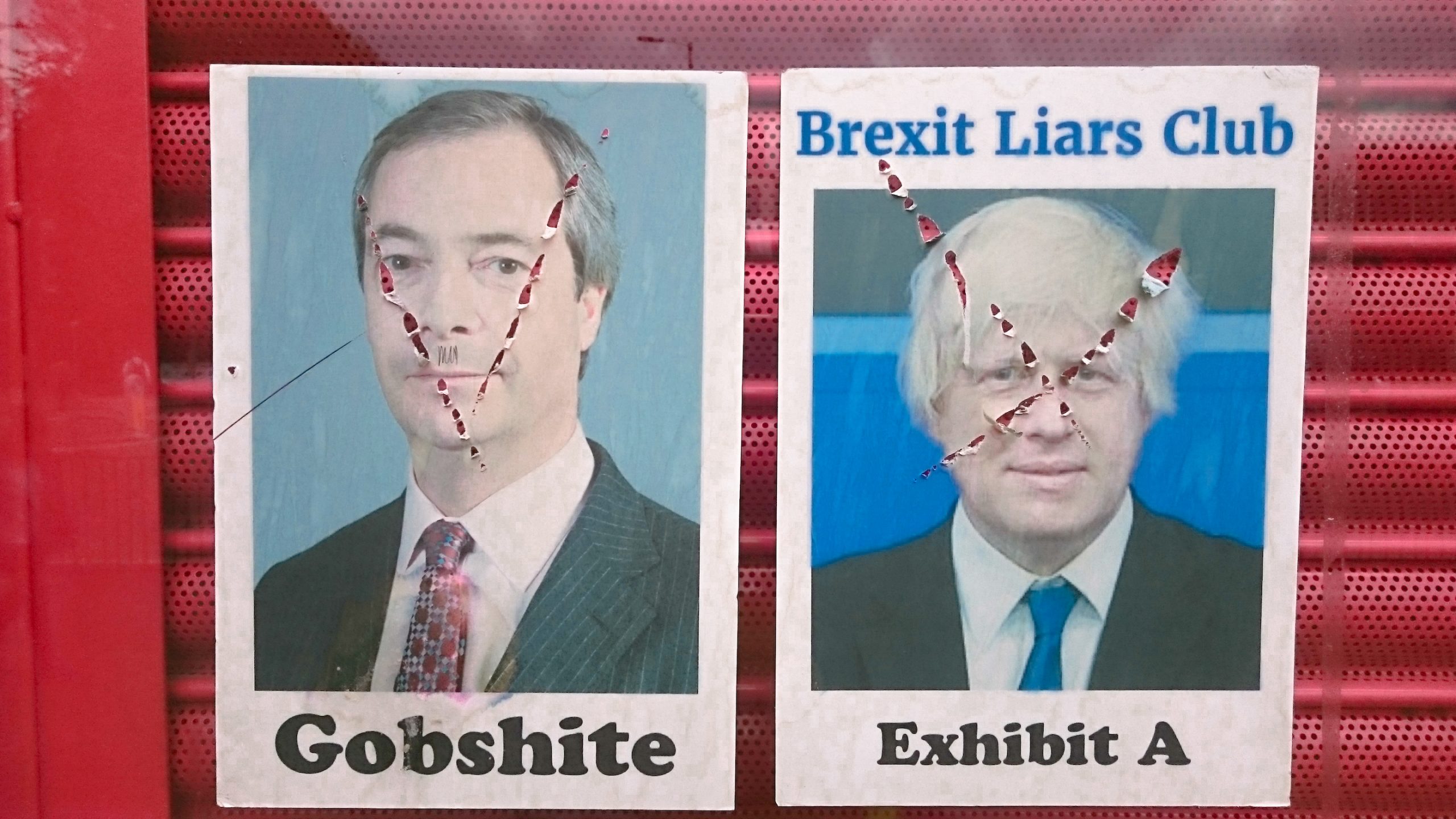 This is especially so as it is coming in the middle of a plague. Not a plague of locusts, as the good book says. But an additional punishment, to reinforce the lessons of Coronavirus.

The plight of Texas, during this bout of extreme weather, has been especially Evangelical. From power grid failures to the collapse of the water filtration system, its misfortunes recall the end of Sodom, which God reduced to a pillar of salt as punishment for its wickedness.

Predictably, the state’s Fundamentalist political leadership decided to rely upon such narratives, to distance themselves from responsibility for the crisis.

“Only the strong will survive and the weak will perish,” wrote Tim Boyd, the mayor of Colorado City, in West Texas.

Being the religious man that he is, Boyd went on to write in a Facebook post that the crisis was due to a character defect of the citizenry.

Texas deserved what happened because it is “lazy…as a direct result of your raising!” For those familiar with Evangelical rhetoric, this was a typical punishment-for-faithlessness formulation.

After a predictable outcry, the mayor resigned. But Tim Boyd was not alone in offering such offensive rationalisations of the state’s failings to cope with the extreme weather.

Ex-governor (and former Secretary of Energy in the Trump Administration) Rick Perry offered the view that freezing in darkness was the price one paid for a civilised society.

“Texans would be without electricity for longer than three days to keep the federal government out of their business,” intoned Perry, on Republican House Minority Leader Kevin McCarthy’s website.

As usual in times of market failure-induced crisis, the goal of populists, Perry added, is “a resilient grid that keeps America safe personally, economically, and strategically”.

Translated from the argot of right-wing doublespeak, Rick Perry means that privatising the state’s power generation is more important than having services that work in a crisis.

Indeed, the central talking point of much of the conservative media in the last few days has been to blame climate change-related problems like this winter’s deep freeze on the Green New Deal.

Making this connection requires a peculiar fusion of public relations flimflam and quantum physics since the Green New Deal has not, in fact, been enacted.

Only 17% of Texas’s power needs are provided for by renewable resources. The bulk of power generation, and the main source of the problem, is provided by oil and natural gas.

Grid failure has nothing to do with wind turbines freezing or solar cells failing to work in overcast conditions, and everything to do with moisture in natural gas lines at low temperatures.

Rick Perry’s paean to living free was not scrawled on paper in an unheated room but submitted digitally, almost certainly from a locale well supplied with heat and fresh water.

And then, of course, there is the case of Texas’ Republican Senator Ted Cruz who was photographed on Wednesday on the way to a high-end resort in Cancun (local temperatures running about 80 degrees higher than in his home district).

Cruz was slow to realise what an egregious optic this created. His cover story (that he was accompanying his teen-aged daughters for the first night of their stay in Mexico) was belied by a written exchange that showed that the Senator and his wife just wanted to go somewhere warmer.

One might be tempted to look at this and see in it merely a recurrence of a trope, common on (but not exclusive to) the political right, in which people in lower tax brackets are urged to do as their social better say, not as they do.

But there is a specific element of insisting that the emperor is wearing clothes that he is, in fact, not wearing that is a common and not unimportant feature of the populist variant of neoliberalism that has become so profoundly influential in Europe and North America.

The case of Brexit advocacy presents some interesting parallels. Those claiming that separation from the European Union would not only reinvigorate national sovereignty, but that its economic effects would ultimately prove positive, represent the British variant of the illness.

Since 1 January, however, the vanity of these claims has become clear. The UK’s departure from the EU has resulted in catastrophic regulatory and administrative consequences for businesses, especially smaller ones who can’t afford to replace migrant workers, fisheries and finance.

In the face of this, Boris Johnson and his coterie of Little Britain bots continue to persist in their claims that such problems don’t exist or that they will be resolved in short order by trade deals with the United States and India, and rich migrants from Hong Kong, newly made British again.

Even if the latter were true, an extremely optimistic position given the complexity of Brexit’s economic fallout, the combination of reduced access to the EU’s single market, and coronavirus, amounts to a death sentence for businesses sold on Brexit’s economic benefits.

And, in the face of this, there was Dominic Cummings, driving around the country with only lame excuses to offer. The fact that he was eventually excised from Johnson’s administration can hardly be viewed as a return to health given how long it actually took for him to be fired.

Further examples are legion. And yet there is every likelihood that the avatars of national populism will fare as well or better than ever they did when the next cycle of elections rolls around. Britain’s deteriorating economy will require its lies and incitement, double time.

This was made eminently clear by Keir Starmer’s recent announcement that the Labour Party’s platform was going to go Danish and embrace overtly nationalistic themes. It read like an admission that the onetime worker’s party had chosen to become Tories instead of Blairites.

But who cares, really? Everyone knows Labour is a spent force, that had its last and only shot under Jeremy Corbyn, however briefly. What has changed in Anglo-American politics, and in some areas of continental Europe as well, is that there is no scandal any more. About anything.

Donald Trump, whose mendacity was qualitatively greater than any figure in the history of American politics, probably would have been re-elected were it not for the outbreak of COVID-19, his attempts to blame it on the Chinese notwithstanding.

One is reminded here of a book written by former Reagan Administration Secretary of Education William J. Bennett, entitled The Death of Outrage: Bill Clinton and the Assault on American Ideals.

The book itself was part of that small-minded Republican reaction to the Democratic seizure of the Republican platform in the early 1990s, under Clinton, with his pro-market, law and order presidency. But, stripped of its immediate political impetus, Bennett’s book touched on a key transformation in American politics.

The Death of Outrage coincided with the noontide of Rush Limbaugh’s rise in conservative talk radio. There, outrage was to be seen in full measure, at the moral laxity of single mothers, the depravity of AIDS victims, or at a variety of other social “ills” stemming from the failure to live out the social mores of America in the early 1950s.

The upshot of all of this faux-moralistic pettifogging is the sort of “nothing is true, everything is permitted” approach of modern populist neoliberalism.

In British terms, it could hardly be better embodied by the bus that toured the country during the Brexit campaign touting false claims about the amounts of money that would be flowing into the NHS if only the tide of European red tape and transfer payments could be stemmed.

What Boris Johnson and Donald Trump share is that it makes no difference if their claims about the world don’t match up with reality. After months of bungling the US government’s coronavirus response, and lying to the public about the crisis, Trump barely lost the election.

Similarly, Boris Johnson has uttered a stream of falsehoods about COVID-19 and the effects of Brexit on the economy of the United Kingdom, without in any way damping the likelihood that he would be re-elected in polls conducted for the foreseeable future.

The truth is plain to see. The neoliberal populist right has transformed itself into an empty signifier, in which what is important is not the results of government policies but the language and demeanour in which they are expressed.

It is thus easy for Americans in heartland states like Texas to believe that althoughTrump’s actions mostly belie any connection to the values that they cherish, he is nonetheless the most likely figure on the political horizon to realise them.

Hence the continuing importance of God in American politics, and why local politicians like Tim Boyd can blame power failures on an irreligious public. If energy and health crises can be explained theologically, voters will believe just about anything. QAnon, anybody?

Likewise, although the Tories have signally failed to deliver on the promises of prosperity that made departure from the EU a national imperative, Team Johnson still convinces Britons that their economic and political interests are actually being served by the government.

Not every Brit, mind you. But enough to keep Boris in power and Labour on the sidelines. That the Democrats were able to get elected under such circumstances, however uneventful their victory actually is, helps underline how irrelevant Labour has become under Keir Starmer.

The rise to power of this empty politics would not have been possible without the complete exhaustion of the political left. Without any significant economic ideas to distinguish it from pro-market parties on the right, since the 1970s, it’s been hard to figure out what exactly it stands for.

One of the reasons immigration has become such a hot topic for populists has been that along with the environment, it’s the only principle left parties still stand for. Not because they value diversity and human rights, but as a source of labour in an increasingly globalised economy.

The left was never much of a force in the United States, at least after having been outflanked by Roosevelt’s New Deal in the 1930s. But since the 1990s, the post-2008 crisis pushback from Corbyn, Podemos and Syriza et al notwithstanding, the centre-left in Europe has eschewed socialism.

What remains is a continuing variation on the rightwing theme in which failure of political outcomes to match up with rightwing rhetoric has ceased to matter. The only reason most leftwing parties lose is they refuse to lie to voters about reality as much as the right does.

Honesty is not a political program, even though truth matters. This is a recipe for political stagnation, at least until the twin challenges of diminishing growth of neoliberal capitalism and climate degradation make these failures inescapable.

What happens then will be a matter of how well opponents of the coming collapse organise themselves. Based on the available evidence, the prospects are grim.

Photograph courtesy of Dunk. Published under a Creative Commons license.

Brexit will turn three on the last day of January, over six years since the 2016 referendum kickstarted Britain’s race to the bottom. END_OF_DOCUMENT_TOKEN_TO_BE_REPLACED

Be careful what you wish for. It may be a cliché, but it’s one the Greens are learning all over again. END_OF_DOCUMENT_TOKEN_TO_BE_REPLACED

Before his arrest, Andrew Tate was just another influencer with bad politics. END_OF_DOCUMENT_TOKEN_TO_BE_REPLACED