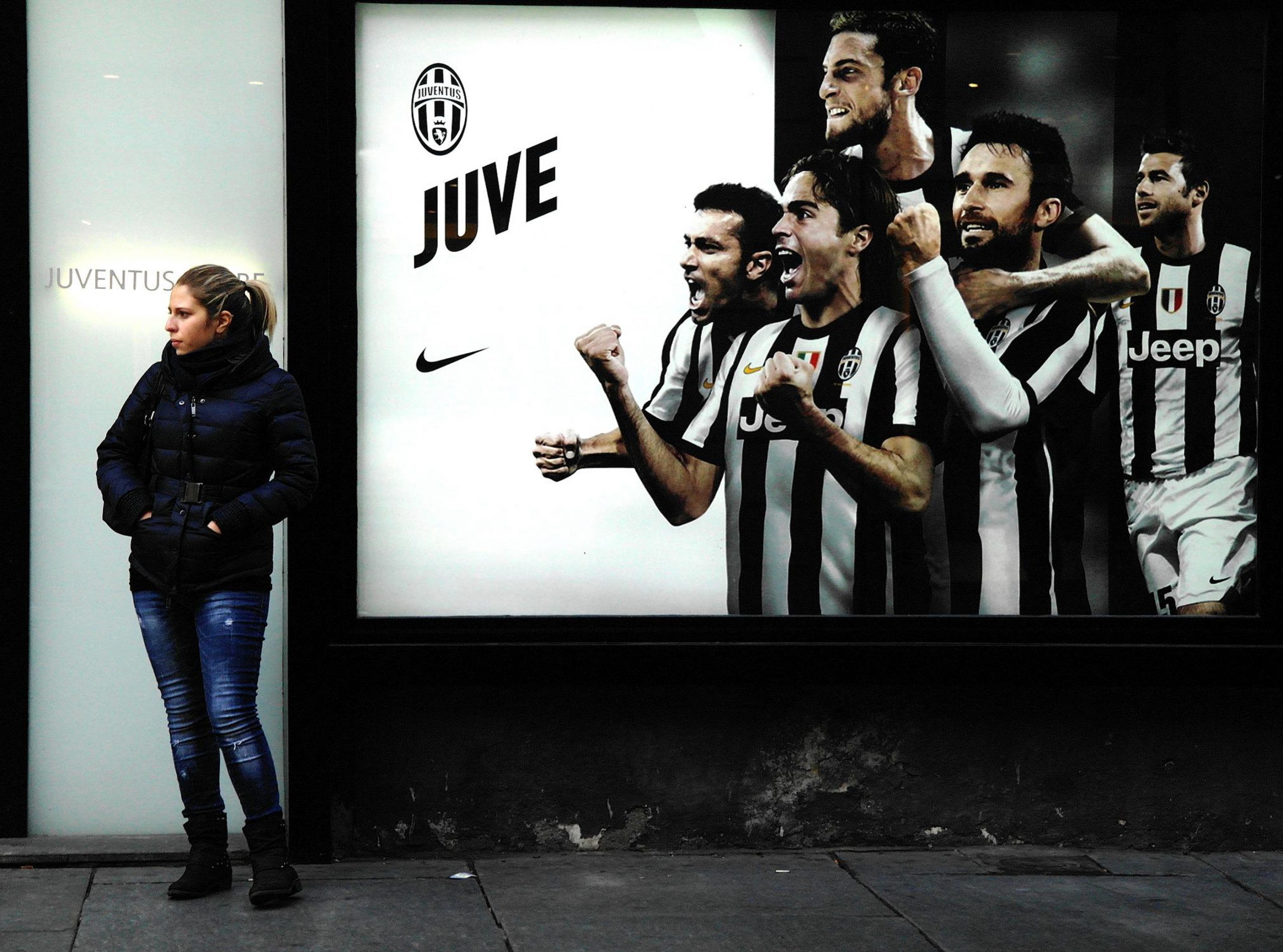 This would replace (or in some other accounts run parallel to) the UEFA Champions League, for better or worse the world’s premier club competition.

Although the statement itself was bare-bones, details soon began to leak out.

The balance of the group would be made up with five rotating members, presumably the winners of the major national leagues in England, France, Italy, Germany, and Spain, although it was never clearly spelt out.

None of the fifteen permanent members would be liable to be relegated, irrespective of either their performance in their domestic league or in the Super League itself.

So much was odd about this. For several years, there had been talk that some of the top clubs might try such a manoeuvre.

For years, Europe’s biggest clubs have been dissatisfied with the proportion of the proceeds from the game that flow to their coffers.

Only last week they had renegotiated the structure of the Champions League, expanding it and including a proviso that 30% of the take would be distributed to clubs based on their historical performance.

The timing was odd too. The announcement was made at 9:30 pm on Sunday night in the UK, while matches were in progress and very much outside the normal news cycle.

But if the organisers thought that this would give them some time to fly below the radar before things really broke on Monday morning, they were very much mistaken.

A range of commentators with impeccable football credentials immediately began pushing back against the project.

Former Manchester United and England defender Rio Ferdinand, commenting pitchside after the FA Cup match between Leicester City and Southampton, described the proposal as “a disgrace”, “an embarrassment”, and “a war on football”.

His fellow commentator Robbie Savage, a veteran of several top division clubs, made the point that the Super League constituted a palpable danger to the game.

“In a pandemic where we’ve seen National League clubs nearly go out of business, taking loans, grants, players getting furloughed, and now you hear of these big six maybe breaking away, I think it’s an absolute disgrace.”

On Monday, the backlash began to take shape in earnest, particularly in the UK.

The high point, so to speak, was a segment on Sky Sports featuring Gary Neville and Jamie Carragher, former stars for Manchester United and Liverpool respectively, shredding both the idea of the European Super League, but also the ownership groups of both teams.

Neville said that he felt that he had been “complicit” because he had not spoken out earlier about the way that the Glaser family had operated the club during and after their leveraged buyout of Manchester United.

By Tuesday, the fans were in the streets. Liverpool supporters burned jerseys outside of Anfield, and Chelsea fans marched to Stamford Bridge.

Cracks in the group were beginning to emerge. UEFA had threatened that the clubs involved in the ESL would be thrown out of their own domestic competitions and that players involved would be forbidden from participation in their national teams.

There were rumours that some of the English clubs were having second thoughts. Chelsea was the first to break and soon all of the six Premier League clubs had issued statements saying they were abandoning the project.

It is unclear how the whole thing will shake out, given that contractual commitments must certainly have been made. Undoubtedly lawyers will make a lot of money sorting this out. But for now, the project of a European Super League is dead.

The whole affair raises a lot of questions. Clearly, a number of the bigger clubs in Europe have been dissatisfied with the way the profits of the game were being distributed. But the way things should out in this particular instance was very strange.

This is certainly a plan that his been in the works for a number of years and was being formulated by extremely successful and powerful figures. Given those facts, why was it undertaken in such an amateurish way?

As is often the case with matters of high finance, some of the dynamics driving this project were clear, while others remain a matter of speculation.

It seems fairly obvious that the process was being driven by four clubs in particular: Real Madrid, Barcelona, Athletic and Inter Milan.

The two free-spending Spanish giants have a total gross debt on the order of €2 billion, while their slightly smaller cousins Athletico are on the hook for another billion. Inter is also in a challenging position with regard to solvency in the short term.

Football clubs large and small are wont to engage in financial shenanigans.

In most cases there is little in terms of consequences, until the bottom falls out of the financial tub, as it did for Glasgow Rangers in 2012 when they went into receivership and got dropped down to the fourth tier of Scottish football.

But the pandemic is the mirror that flatters none, and the restrictions on streams of income attendant upon it have brought to light all manner of dangerous things in terms of the way that some of the giants of football have been operating.

Both AC Milan and Juventus are also in difficult financial straits, but their respective conditions are nowhere near as desperate as those of the first four.

Still, the prospect of each team receiving a golden handshake from JP Morgan of $300 million, with similar amounts to be realised annually from participating in the Super League, must have been mouthwatering.

In the case of the six clubs from the English Premier League, the issues become more complex. None are in the sort of financial distress of the continental clubs. Both Chelsea and Manchester City are essentially vanity projects for individuals who have amassed fabulous wealth elsewhere.

Manchester United have mostly gotten out from under the pile of debt with which they were saddled by the Glaser family’s leveraged buyout of the club (using the club’s own money).

Since 2010, Liverpool has been owned by Fenway Sports group, owner of the Boston Red Sox. Arsenal is now owned by American billionaire Stan Kroenke.

What was going on here, at least in part, is an attempt by US-based owners to export their asset-based system to Europe.

Unlike European football, in which, generally speaking, performance is rewarded and failure punished (often with a drop into a lesser league), US sports teams are locked into leagues with solid floors.

So, for instance, the NHL’s Buffalo Sabres haven’t made the playoffs in a decade, during which they amassed a winning percentage just north of 39%. At one stretch in the current season, the team lost eighteen games in a row.

But such is the structure of sport in the United States that there is hardly a level of incompetence or futility to which a team can sink such that it would not simply continue on in the next season.

American teams are much more in the nature of fungible assets than European football clubs. Most American franchises are free to find greener pastures if local fans do not show up or if sufficient tax breaks and other blandishments are not forthcoming

The plan for the European Super League was, in the main, a synergy between peripatetic American sport capital and the desperation of mismanaged European giants.

One might ask why it was launched in such an amateur fashion. In all likelihood, members of the cabal were in desperate financial straits and needed it to happen sooner rather than later.

What does come out is an odd picture of where the game’s money men want things to go.

On Sunday night, Real Madrid club president Florentino Perez gave an interview in which he cited figures suggesting that interest in soccer is waning in the 18-24 age group.

Rather than admitting that the exorbitant prices of tickets and internet packages might be to blame, Perez suggested that what really needs to happen is for matches to be shortened.

Here, in a nutshell, is the transformation of the approach sought by the big clubs. The pandemic has suggested that the truly important group of supporters is not the poor schlubs trudging to matches at their home stadiums week after week, but people watching over them online.

The former will be offered less game for the same (or probably more) money, while the latter will be enticed with shorter, more intense matches to stop playing Call of Duty for an hour and to sing “Manchester is Wonderful” into their webcams.

If it was unclear how determined some factions within the game are to make this a reality, Juventus President and European Super League Vice-Chair Andrea Agnelli, the Super League founder suggested that football was competing directly with Fortnight and other platform games.

Once again, no actual foundation was given for his claim, except that interest among younger people was in decline. Whatever the truth is, it’s clear that a schedule composed of shorter matches between bigger clubs provided massive opportunities for amping up revenue.

The European Super League is dead for now, but there is no guarantee that it will not return in some sort of zombie form. The likelihood is that the structure of a closed and stable tournament will always appeal to the biggest clubs.

Like large banks and hedge funds, large sports entities want to create a system of circulation in which as little value as possible leaks out to the lower reaches of the income distribution.

The impetus to form some version of the European Super League is built into the system.

A further irony of the current situation is the fact that UEFA and FIFA are now in the position of taking some kind of moral high ground.

This is the sort of thing likely to induce vertigo in anyone familiar with UEFA’s wholly deficient measures to address widespread racism in the game, or FIFA’s notorious corruption, of which the bestowing of a World Cup to Qatar is only the most egregious example.

Football, both in Europe and around the world, is in need of root and branch reform. The way that clubs are managed and funded has for long been a matter of concern among fans.

The weaknesses that persistent mismanagement has engendered by have been cast in brutal detail by COVID-19.

The game is being strangled at the grassroots, and the long term health of the sport cannot be maintained without a much stronger foundation than currently exists.

As things stand now, European football is in the process of being Americanised, much to its detriment.

The transition of clubs from sporting organisations with close links to their communities to assets to be shifted and manipulated is doing severe, perhaps irreparable damage to the game.

The collapse of the European Super League is a victory of sorts. But it must result in a fundamental critique of the current state of football involving all the stakeholders.

Absent that, something like the European Super League could be the future.

Photograph courtesy of Enki 22. Published under a Creative Commons license.

Not every media organisation can bear criticism, even self-criticism, but others require it to keep going. END_OF_DOCUMENT_TOKEN_TO_BE_REPLACED

Foucault once suggested that Clausewitz’s famous observation, “war is not merely a political act but a real political instrument” carried out by other means, be reversed, with politics made an extension of war. END_OF_DOCUMENT_TOKEN_TO_BE_REPLACED

Brexit will turn three on the last day of January, over six years since the 2016 referendum kickstarted Britain’s race to the bottom. END_OF_DOCUMENT_TOKEN_TO_BE_REPLACED