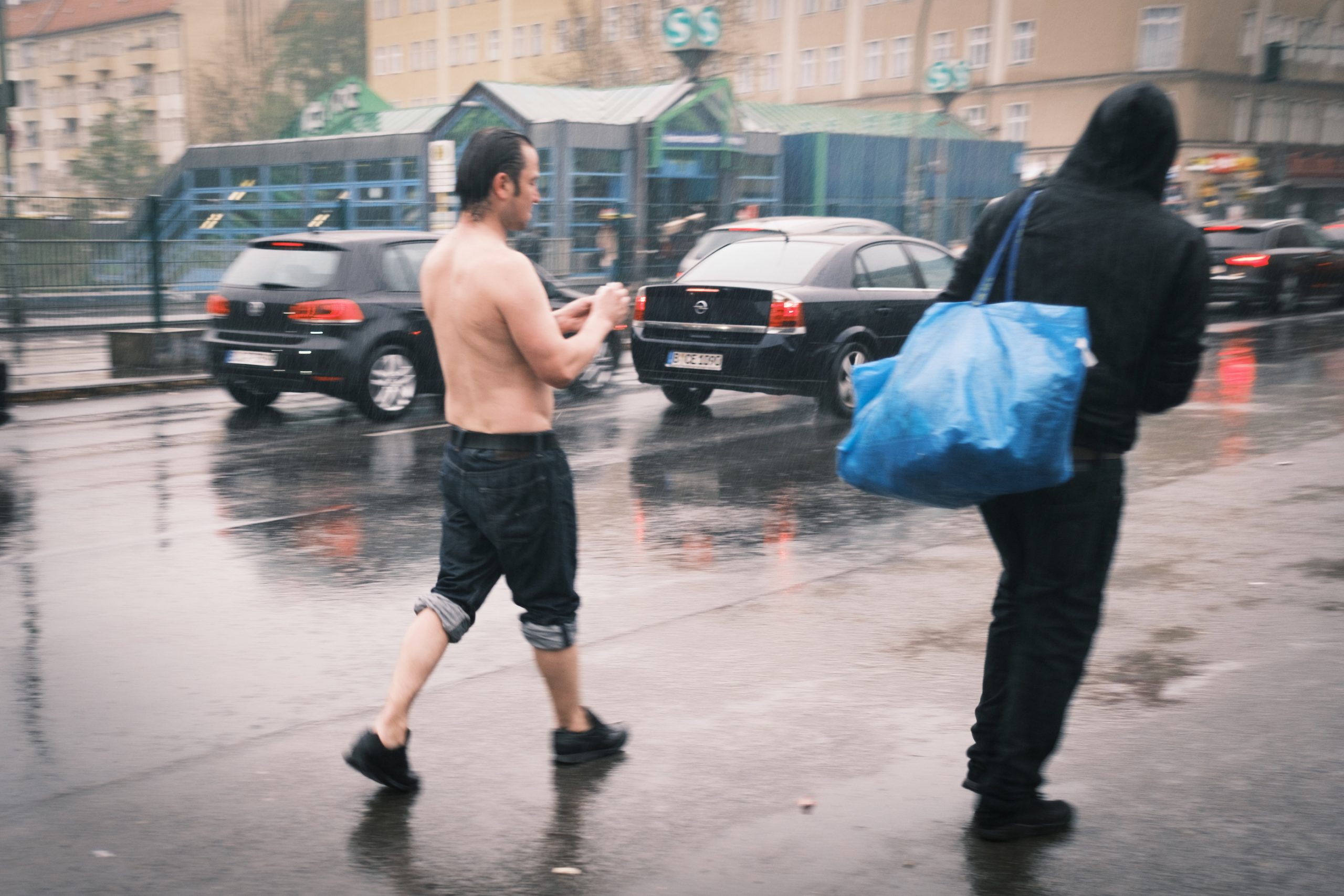 One must concede to a certain prurient desire to hear stories of a great European thinker looking at his hand for hours or demanding to know, “What does blue mean in toast?”

The main thrust of The Last Man Takes LSD: Foucault and the End of Revolution is the turn toward neoliberalism that shaped the last decade of Foucault’s life and work.

This has been a matter of controversy ever since the publication of his lecture courses from the College de France from the year 1976 and after.

As Mitchell Dean and Daniel Zamora make clear, this change was fundamentally connected to the transition from power to ethics that characterised the philosopher’s later work.

Here, it’s worth noting the irony that the most intellectually fecund organisation in postwar France was the Parti Communiste Français (PCF).

This was certainly not because of the intellectual powers of those involved in the party itself.

Under the leadership of Maurice Thorez and Jacques Duclos, the PCF espoused a rigorous and slavish commitment to Stalinist orthodoxy.

The influence of the party can be seen in the fact that the major projects of postwar progressives such as Foucault, Derrida, and Baudrillard, were conceived in the search for a territory on the radical left separate from that of the PCF.

Michel Foucault broke with the party shortly after joining, during his years at the École Normale Supérieure in the early 1950s.

Throughout his adult life, Foucault maintained an attitude of more or less overt hostility both to the PCF as well as to the more moderate Parti Socialiste (PS) and other parties of social-democratic orientation with which they were allied.

Foucault was by no means allergic to the left, although he generally held Marx’s work in very low regard.

At times, the philosopher was willing to work with Maoists, as well as Marxist students in Tunisia, during his stint as a visiting professor, from 1966 to 1968.

Dean and Zamora note that his support of these varieties of radicalism should be seen not as an engagement with Marxist theory but as a commitment to a motivating idea.

Commitment to Marxism empowered Tunisian students to put their lives on the line and to create selves in opposition to the state.

In this case, the ideological substance of Marxism was less important than the modes of political action and individuality that were based on it.

Upon Foucault’s return to France in 1968, the authors note that he found the radicalism of the French students distinctly underwhelming.

They were, in many respects, committed to an outmoded version of leftism which looked to the creation of an alternate mode of state power to resolve social and political problems.

But state power is still state power, and Michel Foucault’s oeuvre was directed at precisely this issue.

In his work in the 1960s, Foucault investigated modes of power and control in psychiatry, medicine, the prison system, and elsewhere.

In The Order of Things (1966),  he launched a devastating critique of humanism, attempting thereby to clear the ground for a more complex and accurate account of human subjectivity.

Much of the criticism directed toward Foucault in this period, particularly from members of the second generation of the Frankfurt School and people associated with them, centred on questions of domination.

Was all power dominating? On whose behalf? And if there was no way of escaping the influence of power, what was the ideal social order and human being that was being proposed?

In the 1970s, when the philosopher began lecturing at the College de France, he reached the high point of his understanding of power with the concept of “governmentality”.

This was developed out of the transformation of political power to biopower (having power over bodies, in plain English) and the ruling of groups rather than individuals.

The work that Michel Foucault undertook in the last years of his life focused on ethics.

Foucault’s engagement with neoliberalism, particularly in his College de France lecture course from 1978-9, The Birth of Biopolitics, was fundamental to this project.

Foucault’s hostility to all varieties of statism led him to embrace the neoliberal view that the free market could provide the greatest latitude for personal development.

It is only since the late 1990s that these lecture courses have been available to the general public. But it is fair to say that they have compelled a fundamental reconsideration of Michel Foucault’s work.

One of the accomplishments of The Last Man Takes LSD is its extensive discussion of the ways that Foucault’s engagement with neoliberalism jibed with other threads in France after 1968.

Especially the so-called “Second Left,” the libertarian faction of socialists that included Pierre Rosanvallon, Michel Rocard, and others.

For Michel Foucault, the bureaucratic domination offered up by the various varieties of communism and socialism was no improvement on the modes of discipline and control of Christian Europe.

In certain respects, they were worse, since their conviction that they were bringing equality and justice to a degree not yet achieved made them even more doctrinaire and repressive.

Neoliberalism, by contrast, offered those whose marginalisation resulted from other factors besides class, such as homosexuals and others living “deviant” lifestyles, a mode of life limited only by the impersonal dictates of the market.

Liberation was not a matter of the proletariat seizing power in society, but of individuals being allowed to pursue experiences and pleasure not bound by the norms of a socialist bureaucracy which conceded little to its religious predecessors in terms of prudishness.

The Last Man Takes LSD is the best account of Foucault’s engagement with neoliberalism. The book raises a number of intriguing questions, not the least of which is: What is left?

This is a question that has been raised in a variety of European contexts since 1968. For a long time, the left might have been conceived as the institutions and political groups conceiving of themselves as such or looking to Marx as, in some sense, an intellectual progenitor.

But if Marx is taken out of the equation, it’s hard to see what might remain.

The second half of the 20th century saw a process of convergence in which liberalism expropriated the freedom values that had characterised the left in prior decades.

Once Marxist productivism began to have less force, it was only a matter of time until the freedom found in the impersonality of the market would seem like an alternative.

Of course, the market involves its own modes of domination. Preferring markets to socialism amounts to preferring domination by capital than by leftist bureaucrats.

Of this, as the authors note, Foucault was also well aware. But, until the end of his life, Michel Foucault remained convinced that the impersonal strictures of the market were the least worst option.

The question persists as to whether this is actually the case. It’s by no means clear that big money can be convinced to tolerate things like labour unions and deviant gender politics.

In an era in which a large proportion of the jobs being done actually don’t need to be performed by people, it becomes increasingly clear that work does more than just reproduce capital.

Michel Foucault can hardly be blamed for choosing a liberation that matched up with his era, especially in the context of the loosening of social strictures of Giscard d’Estaing’s presidency.

Clearly, he did not anticipate the nationalist revolt against neoliberalism, with its nostalgia for more Fordist types of domination, like Evangelical Christianity and traditional gender roles.

That may have been hard to anticipate in the 1970s. If only Foucault had made it past 1989, to the rise of France’s Nouvelle Droite and the institutionalisation of the Front National.

He might very well have found his way to Marx, finally, along with all the other radical theorists of the 1990s, for whom social deviance became a negation of the market, not a product of it.

Korean-German philosopher Byung Chul-Han is the quintessential postmodern figure. Having to come to Germany to study metallurgy, he switched fields and mastered the argot of German philosophy. END_OF_DOCUMENT_TOKEN_TO_BE_REPLACED

François Truffaut’s  The 400 Blows is one of cinema’s all-time classics, the 1959 film that demonstrated how deftly a new generation of French critics could transform themselves into the filmmakers of la nouvelle vague. END_OF_DOCUMENT_TOKEN_TO_BE_REPLACED

Everyone has something to say about the violence at the 2022 Oscars, whose host called “the greatest night in the history of television”. END_OF_DOCUMENT_TOKEN_TO_BE_REPLACED