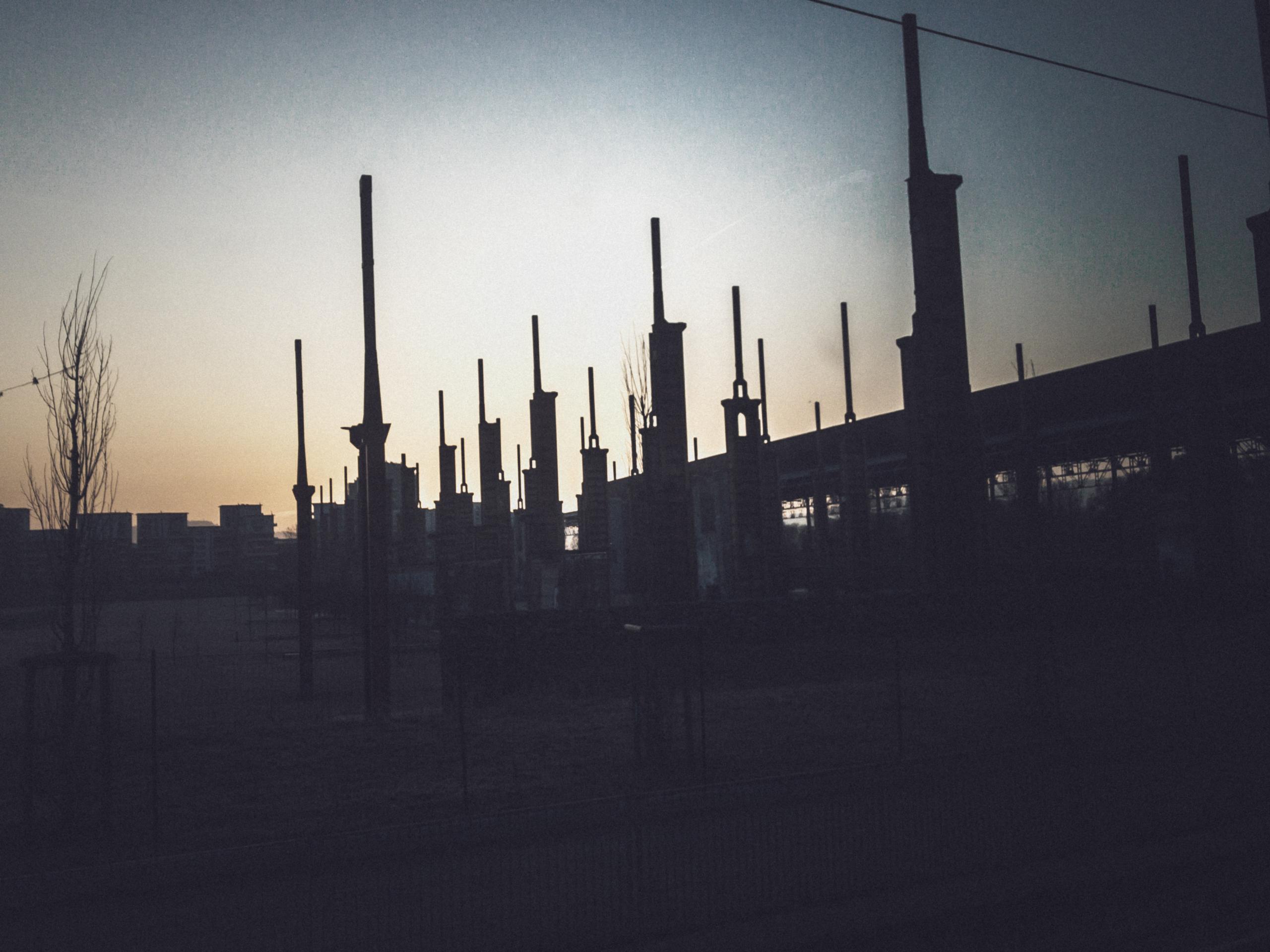 This was a factory. Parco Dora, Torino. [Joel Schalit]

For example, recent books, such as Aaron Bastani’s Fully Automated Luxury Communism, and Nick Srnicek and Alex Williams’ Inventing the Future: Postcapitalism and a World Without Work, see technology as key to socialist strategy.

It’s a sign of the times. In no other era would something like Accelerationism, an apocalyptic chic whose central tenet is that technology has the answers politics is waiting for, get so popular.

In Breaking Things at Work: The Luddites Were Right About Why You Hate Your Job, Gavin Mueller argues for an opposite approach, one which he characterises as decelerationist.

Mueller’s solution is to rehabilitate the Luddites for the neoliberal era, in which high tech has become the sin qua non of all things labour.

The original Luddites, English textile workers during the Napoleonic Wars, were people whose livelihoods were being threatened.

At issue was the implementation of new technologies in the textile industry, which fundamentally transformed the power relationship between workers and owners.

Luddism was not so much anti-technology as against the loss of control over labour processes.

Technological change represented a fundamental expropriation of the means of production. It devalued the productive expertise of the labourers, transferring it to machines that were part of the mill owner’s capital stock.

In this respect, technology was part of a process of dispossession that was analogous to the enclosure movements of preceding centuries.

This formed a pattern that would be enacted with increasing intensity throughout the 19th and 20th centuries.

Much of Breaking Things at Work is devoted to pointing out moments at which people began accounting for the role of technology in modern economies.

From Henry Ford’s assembly line to the rise of Taylorism, and the Internet, the 20th century was shaped by a variety of overlapping innovations that made the worker surplus to the machine.

With the shift to what Gilles Deleuze characterised as “societies of control”, technology took on many of the roles of disciplinary forces in earlier times.

Rule by algorithm, which depersonalised politics, made technology into a force of nature.

Not only were such changes wrought on the shop floor, but technology itself became viewed as something outside human control.

Hence, the ways in which technology can facilitate ethnic and gender discrimination.

The spread of automation, for example, eliminated lower-skill jobs, i.e. those mostly open to non-white workers.

Similarly, the rise of household technologies increased the range of “shadow labour” activities a housewife might take on.

Perhaps the most interesting aspect of technology is that automation is more effective as a threat than as a practical strategy.

Modern societies have a range of problems, but they tend to share a consistent demand for new products and a need to neutralise surplus labour.

As to the first, there is a story of Henry Ford II touring a newly automated factory with United Auto Workers President Walter Reuther.

Viewed from the perspective of business owners, automation has its obvious limits: the fewer workers earning wages, the fewer consumer dollars are out there to buy their products.

As Breaking Things at Work notes, throughout the 20th century, technological development was sold to workers (often by their own union leaders) as a gateway to shorter hours and more leisure time.

In practically every case, the actual consequence was a reduction in jobs and an intensification of work in those that remained.

Indeed, numerous studies have shown that automation will cause a large proportion of jobs to go away.

In fact, as David Graeber pointed out in Bullshit Jobs, there are a lot of jobs being done right now that could be better done by machines or are pointless.

Why would a system whose fundamental selling point is superior efficiency allow such a situation to persist?

Capitalism is about power, not money. The threat of being replaced by a machine, especially in a country in which one’s healthcare is often tied to their job, helps breed a compliant workforce.

At the same time, having a large pool of unemployed workers has a similarly deflationary effect on those currently employed. It presents a problem of social control.

One has only to look at the upsurge of militancy during the Coronavirus lockdowns of 2020 to see the sort of thing that’s feared.  From anti-vaxxers to white nationalists, it’s all there.

People with grievances can find lots of ways to act on them if they are not compelled (or able) to spend 8 to 15 hours a day in the workplace.

Ultimately, Gavin Mueller sees a way around such problems, by arguing for greater public control over the implementation of new technologies.

This does not imply some sort of return to a premodern idyll, but rather consideration of the effects of technology on life and work. There is a lot to be said for this approach.

Breaking Things at Work is by no means the last word on this topic. But it’s an important step in the direction of a more balanced engagement with technology.

Korean-German philosopher Byung Chul-Han is the quintessential postmodern figure. Having to come to Germany to study metallurgy, he switched fields and mastered the argot of German philosophy. END_OF_DOCUMENT_TOKEN_TO_BE_REPLACED

François Truffaut’s  The 400 Blows is one of cinema’s all-time classics, the 1959 film that demonstrated how deftly a new generation of French critics could transform themselves into the filmmakers of la nouvelle vague. END_OF_DOCUMENT_TOKEN_TO_BE_REPLACED

Everyone has something to say about the violence at the 2022 Oscars, whose host called “the greatest night in the history of television”. END_OF_DOCUMENT_TOKEN_TO_BE_REPLACED