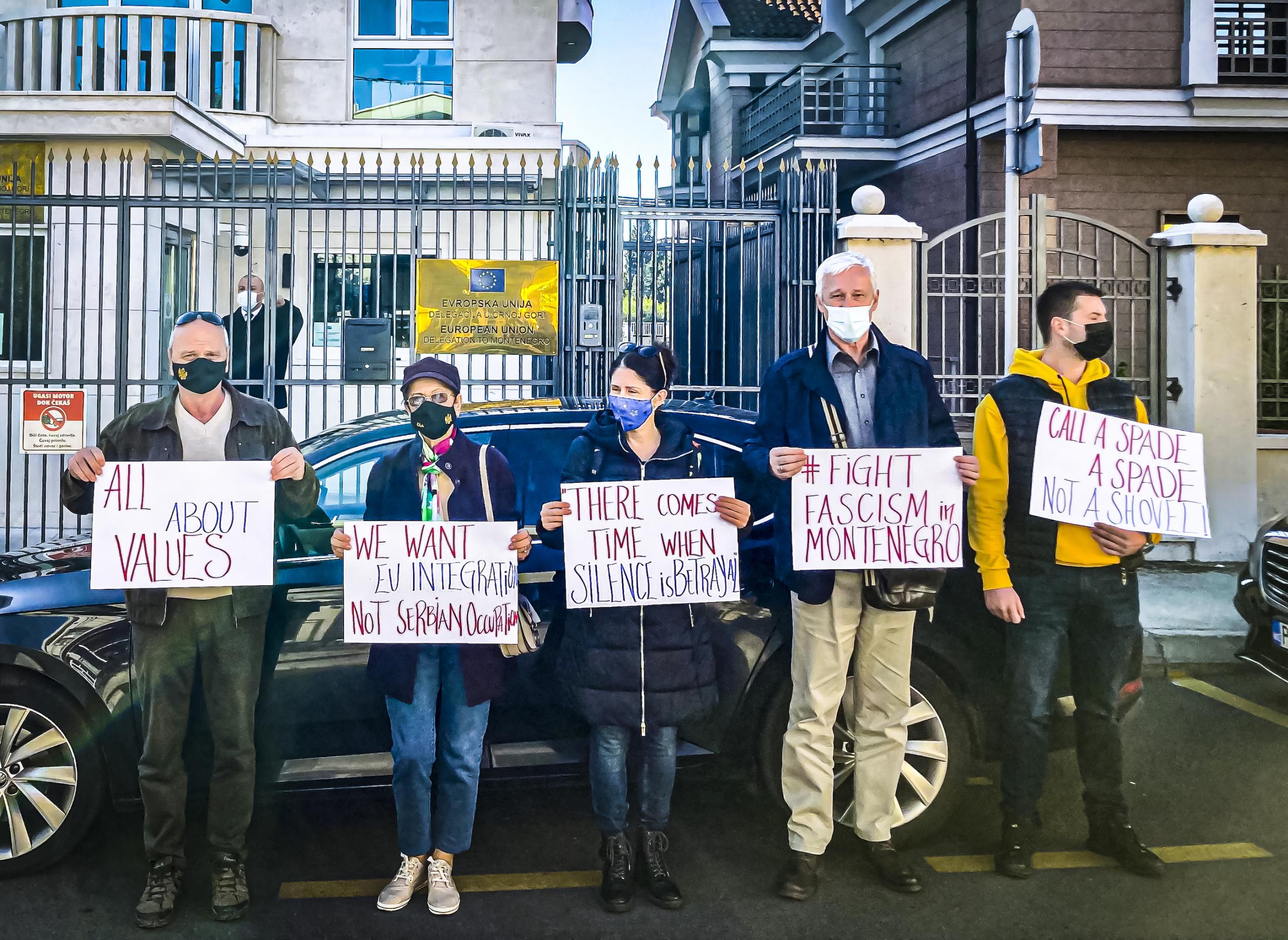 While we accept the democratic processes that enabled a change of government at the last elections of August 2020, and are proud that over 70% of the electorate voted in the election which was held in the middle of the Covid pandemic, we wish to stress the need to uphold the constitution and the rule of law, which are also currently threatened.

It appears that our collective fears regarding the dismantling of the state and its constitution are finally being recognised by some in the international community.

The latest report from the European Council, published a few days ago, noted in its introduction many points which confirm our fears. Mr Escobar (Deputy Assistant Secretary of State) of the Whitehouse also made it very clear in his address at the 2BS Forum 2021 that our fears are not going unnoticed.

We are aware that, on previous occasions, you have been notified through individuals and political organisations about the attacks on our civil liberties and institutions of the state. In particular, our educational institutions and our legal institutions. We are also aware that you were informed about the attack on a civilian protest in the city of Cetinje on 5 September demonstrating an excessive use of force by the security forces of Montenegro.

While we appreciate very much the recognition of the realities facing civil society and the inability of our present government to develop further its obligations under the E.U. accession process, we ask:

What will you do about it?

Are you going to wait till blood is spilt on the streets? Or a pogrom is started against our fellow citizens of Bosnian or Muslim heritage or other minority groups before action is taken by you? Are we to see a repetition of Bosnia in the 1990s played out here in Montenegro before action is taken by European institutions? If so, it will be too late to stop not only a disaster in Montenegro, but a possible disaster in the whole region, as well.

We understand that diplomacy moves slowly and that there are obligations by accredited diplomats to behave according to diplomatic “norms”, but we ask you at the very least, to be objectively critical in your public pronouncements made in Montenegro and across the whole array of social media outlets that you communicate through. We ask simply that you see the reality and the behaviour of the government here in Montenegro with the same objectivity and criticism that you see the behaviour of the governments of Poland or Hungary and their respective attacks on social democracy and civil liberties.

Citizens here are not protected by EU legislation yet and we are, therefore, finding it more and more difficult to protect ourselves and our human rights. We, “progressive” people, are being attacked for every instance of criticism we direct against the government. Those attacks are increasingly frequent, in many instances resulting in dismissal from our jobs in education, media and other professions. Our children are being alienated at schools simply for being of a different faith from Serb Orthodox. Our churches are being re-registered under Serb Orthodox ownership. These things are unacceptable to us and are reminiscent of what happened in the early 1990s in Yugoslavia. We will not allow Montenegro to suffer the same fate as Bosnia.

We, therefore, implore you to recognise the pernicious activities of the present pro-Serbian government that has taken control of Montenegro and the threat it poses to the stability in the entire region.

Biljana Brajović, conservator and restorer, Director of the Centre for Conservation and Archeology, Montenegro

Adnan Čirgić, philologist, dean of the Faculty of Montenegrin Language and Literature

Oana Cristina Popa is the Ambassador of the EU to Montenegro. Catherine Wendt is the European Commission’s Head of Unit for Montenegro and Serbia.

This letter was provided to The Battleground by the signatories. Photograph courtesy of Aleksandra Radoman Kovacevic. All rights reserved.

Not every media organisation can bear criticism, even self-criticism, but others require it to keep going. END_OF_DOCUMENT_TOKEN_TO_BE_REPLACED

Foucault once suggested that Clausewitz’s famous observation, “war is not merely a political act but a real political instrument” carried out by other means, be reversed, with politics made an extension of war. END_OF_DOCUMENT_TOKEN_TO_BE_REPLACED

Brexit will turn three on the last day of January, over six years since the 2016 referendum kickstarted Britain’s race to the bottom. END_OF_DOCUMENT_TOKEN_TO_BE_REPLACED