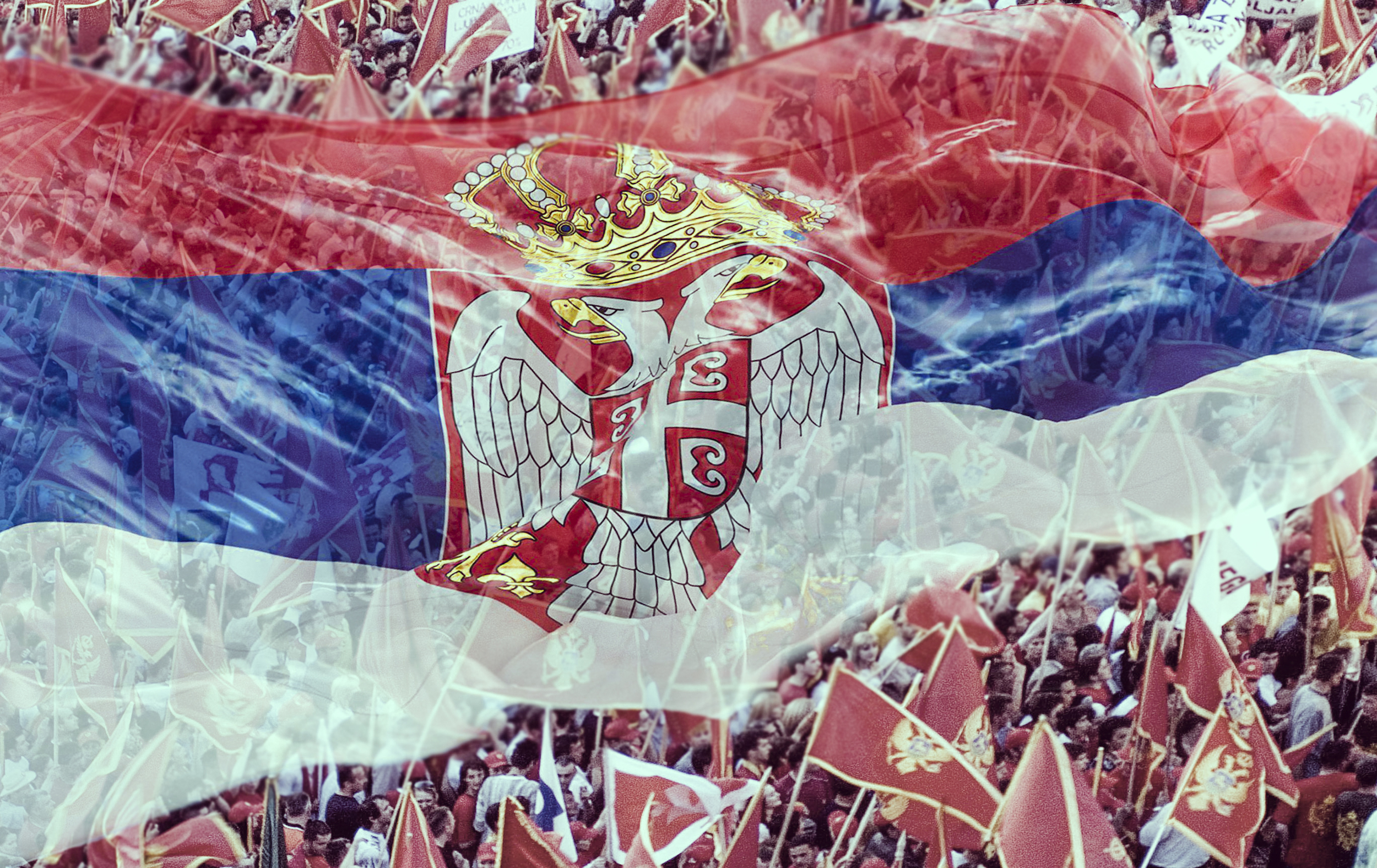 Serbian versus Montenegrin flags. Podgorica, May 2006.

We earnestly followed your discussion at the plenary session of the European Parliament on the outcomes of the Conference at Brdo near Kranj, when you pointed out the need for Montenegrin politicians to demonstrate clear pro-European action instead of uttering mere proclamatory catchphrases pseudo-advocating for Europe.

We, as concerned citizens, intellectuals, artists, journalists, are looking forward to your arrival in Montenegro, convinced that you will re-emphasise your messages and inform the government, the current parliamentary majority and the president of the parliament that pro-European action primarily implies freedom of media and expression.

In light of the above, we wish to inform you of only a few examples of intimidation of independent media and suppression of freedom of media in Montenegro:

We are convinced that the key to solving the European problem lies in categorically expressing zero tolerance for constant pressure on journalists and threats to journalists and stopping the shutdown of independent media.

The brutal media engineering that is happening in Montenegro before the eyes of the European Union and the United States has resulted in the rapid strengthening of anti-democratic, and anti-Western policies, on the one hand, and radical pro-Russian and pro-Serbian ones, on the other, thus minimising the space for any progressive and pro-Western policies.

Finally, we hope that you may heed the voice of concerned Montenegrin citizens, as you did the European voice of the citizens, referred to in the speech at the beginning of this letter.

Thankful in advance. We look forward to meeting you soon.

A group of concerned citizens of Montenegro:

Manja Simonović, student at the University of Montenegro

Malik Kovačević, law student at the University of Montenegro

Not every media organisation can bear criticism, even self-criticism, but others require it to keep going. END_OF_DOCUMENT_TOKEN_TO_BE_REPLACED

Foucault once suggested that Clausewitz’s famous observation, “war is not merely a political act but a real political instrument” carried out by other means, be reversed, with politics made an extension of war. END_OF_DOCUMENT_TOKEN_TO_BE_REPLACED

Brexit will turn three on the last day of January, over six years since the 2016 referendum kickstarted Britain’s race to the bottom. END_OF_DOCUMENT_TOKEN_TO_BE_REPLACED