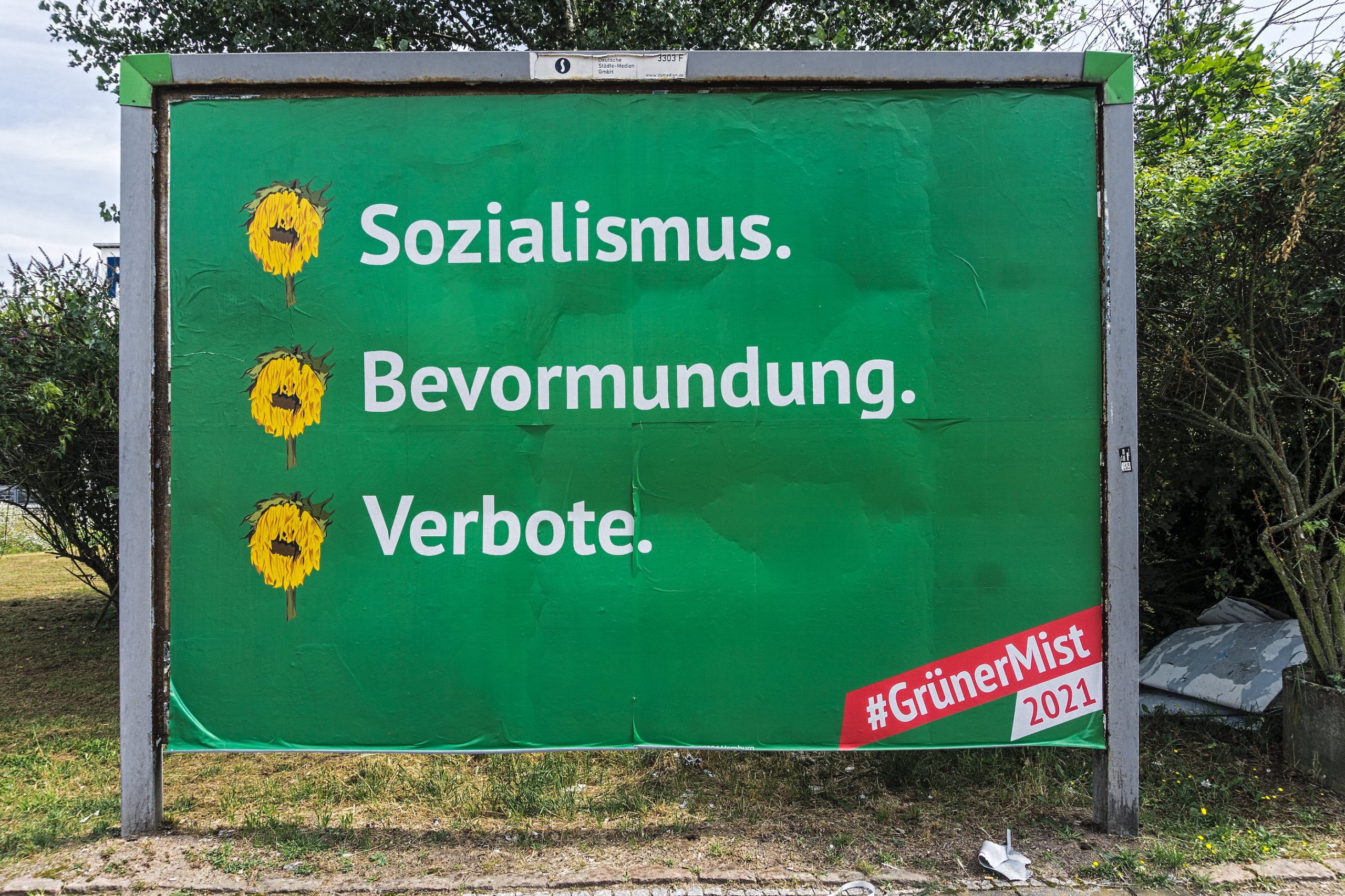 Hailing from the former Communist east, Angela Merkel was always given a pass, though. Not just at home, but abroad.

Problems with American leadership of the Western alliance, since the election of George W. Bush in 2000, cast German politics in a new light, globally.

Merkel’s pivoting left, on nuclear power, after the Fukushima nuclear disaster in 2011, and the refugee crisis, in 2015, helped underline the chancellor’s appeal.

Her 2020 turnaround on Germany’s debt brake, to finance the EU’s Coronavirus recovery package, was heralded as an end to austerity politics, something which her government had championed for years, the best-known example being the brutal Greek bailout.

Still, many Germans breathed a sigh of relief that the Christlich Demokratische Union Deutschlands (CDU) was finally voted out of office in September’s federal elections.

Enough problems had built up during Angela Merkel’s tenure, such as a lack of investment in infrastructure and declining pensions, and global warming, that the idea of a more leftist government had grown in appeal.

On Wednesday, after 74 days of negotiations, it was announced that Schulz’s socialists, the neoliberal Freie Demokratische Partei (FDP), and the environmentalist Greens, had finally agreed to a coalition government.

This was the coalition that had to happen if the SPD didn’t want to go down the route of a Grand Coalition, as they did under Kiesinger in the late 1960s, and several times during the Merkel years.

It has the virtue of putting moderates in place to fight the continuing threat from COVID and, hopefully, to freeze the electoral appeal of the radical and populist right.

About its other virtues, there is room for debate.

There has been a lot of discussion about precisely what this election portends concerning long term trends in German politics.

One promising development is the decline of Alternative für Deutschland (AfD), the far-right party that rode public anxiety about refugees to lead Germany’s opposition under Merkel.

The AfD dropped eleven seats in the September poll, which, when combined with the exclusion of the CDU from the governing coalition, has greatly reduced their traction at the federal level.

One of the least appetising features of the Christian Democrats in recent years has been their willingness to embrace the AfD’s rhetoric, and overlook some of its more unpalatable figures.

When the CDU came in third (behind Alternative für Deutschland) in elections in Thuringia in 2019, it set off alarm bells in the party.

A letter signed by seventeen Christian Democrat politicians called for coalition talks with “all democratically elected parties”, which clearly indicated a readiness to do business with AfD.

Some in the CDU saw this as a matter of self-preservation. Merkel’s pro-migrant policies were seen by many in the party as creating the possibility that they would be outflanked on the right.

As the party of the church-going over 60 set, the CDU was always treading on dangerous ground to the extent that it didn’t take the opportunity to demonise brown people (or to have done so insufficiently).

Parties of the centre-right are generally willing to tack to the outer end of the spectrum when push comes to shove, and the Christian Democrats hardly looked like an exception.

The CDU managed to mostly (though not entirely) avoid being colonised by the AfD. Why this happened, or failed to happen, is open to debate.

That it failed to happen is one of the key features of current German politics. The Christian Democrats and their Bavarian auxiliary, the Christlich-Soziale Union (CSU) dropped nearly 9 percentage points and 49 seats in the Bundestag.

But the CDU has, at least for now, retained its institutional and ideological cohesion as a party, and developments elsewhere on the right give reason for optimism.

The most promising of these is the return to life of the centre-right Freie Demokratische Partei (FDP).

More capital “L” liberal than the CDU, the FDP occupies that quickly narrowing niche for European parties that are socially permissive and pro-business.

Like the UK’s Liberal Democrats, the Free Democrats spent much of the last two decades being relegated to irrelevance by the polarisation of European politics.

Unlike the Lib Dems, the FDP has arisen, Lazarus-like, to reclaim its place as a relevant feature of national politics. The September elections saw them tally 92 seats.

This is impressive, particularly so when viewed against the backdrop of the 2013 elections in which the party netted zero seats and was widely assumed to be on the fast track to the rubbish heap of history.

During the 2017 elections, the neoliberal party was rumoured to have been considering a tie-up with the AfD, as it had adopted its anti-migrant platform, after supporting Merkel’s refugee policy in 2015.

As if this were not remarkable enough, the Free Democrats have tacked left, and entered into a coalition with the SPD. Even given the rightward shift of the SPD, the FDP would hardly seem to be an obvious coalition partner, at least on ideological grounds.

True, coalitions between the SPD and the FDP were common in the 1970s, when Willy Brandt forged effective working relationships with Walter Scheel and Hans-Dietrich Genscher.

But the Free Democrats are more constitutionally (so to speak) inclined toward the CDU, which in most cases shares its neoliberal commitment to market mechanisms.

When the current coalition was announced, FDP chief Christian Lindner described the situation in Germany as “dire” (no argument there) and that there was a “will and desire for change” in Germany (also probably true).

But what exactly is going to be changed is a much more complicated matter, and it remains to be seen to what degree the Socialists and the Free Democrats will be willing to move toward each other in the name of governing effectively.

Then, of course, there are Die Grünen (the Greens). As a party that’s about an issue rather than a worldview, the environmentalists differ from all the other major parties in the country, aside from the AfD, whose single concern is promoting racism.

In their earlier years, the Greens were a Frankenstein’s monster combination of hippies and conservative environmentalists.

This made them especially hard to deal with, since there is a lot more to running a country than this, and opinions tend to vary as to the responsibility of economic systems for problems generated in the environment.

Now their constituency is more educated, middle class, and suburban, which results in its own slate of political complexities.

If the coalition announcement is anything to go by, the negotiations between the three parties focused on things on which they could get together, such as phasing out coal by 2030, or reducing the voting age to 16, or legalising weed.

All of these are relatively uncontroversial, even coal, the production and burning of which creates negative outcomes that even the FDP can get on board with eliminating.

Predictably, environmentalists are frustrated that the coalition agreement did not go far enough towards ameliorating their concerns. A Greta-friendly Fridays for Future document, it is not.

But whether such a grouping can weather the storms of increasing immigration pressures and the economic performance of the European Union, only time will tell.

All of which leaves us with the Social Democrats. Having picked up nearly 50 seats in the Bundestag in the September election, the party was in an unaccustomedly advantageous position.

The narrative of the SPD, like most of the major social democratic parties in Europe, has been one of decline in the face of conservative and populist challenges in the last two decades.

Having been put on the hook for the implementation of the Hartz IV labour market “reforms”, the SPD had become yet another social democratic party that had acquiesced to the inevitability of neoliberal policies.

The Social Democrats have now fully transformed themselves into a party of the centre-right, with little of their former connection to the German labour movement left, at least in practical terms.

The party’s acceptance of the rhetoric of efficiency and economic growth has, in fact, made the prospect of a successful coalition with the Free Democrats more likely.

The only aspect of the coalition agreement, which speaks to an unambiguously progressive politics, is its diversity agenda. The word ‘race’ is to be struck from Germany’s Basic Law.

Given the country’s historic and ongoing problems with racism, this is an especially positive move. Legally, it pushes the country towards a culturally neutral concept of citizenship.

So much for the ideal of a German Leitkultur (leading or guiding culture) as a blueprint for ‘integrating’ migrants and minorities. The issue is bound to be controversial on the right.

Now we have a coalition preparing to run Germany whose main features are who was excluded: the CDU/CSU (too stale), the AfD (too crazy), and Die Linke (not neoliberal enough).

Germany may be one of the few countries where the rise of populism has been temporarily muted. But challenges await.

Not the least of these is COVID, on the rise in Germany and, according to the head of the Robert Koch Institut, in need of far stronger measures to bring it under control.

The Free Democrats’ opposition to federal health policy leadership (even Merkel was too much for them) suggests that the Coronavirus crisis will significantly worsen.

This, combined with continued pressure arising from the weaponisation of immigrants by the far-right, would offer challenges to any government.

Surely, the CDU is paying close attention to this situation, and wondering when they might be asked to step in and replace the FDP.

Photograph courtesy of 7C0. Published under a Creative Commons license.

Not every media organisation can bear criticism, even self-criticism, but others require it to keep going. END_OF_DOCUMENT_TOKEN_TO_BE_REPLACED

Foucault once suggested that Clausewitz’s famous observation, “war is not merely a political act but a real political instrument” carried out by other means, be reversed, with politics made an extension of war. END_OF_DOCUMENT_TOKEN_TO_BE_REPLACED

Brexit will turn three on the last day of January, over six years since the 2016 referendum kickstarted Britain’s race to the bottom. END_OF_DOCUMENT_TOKEN_TO_BE_REPLACED