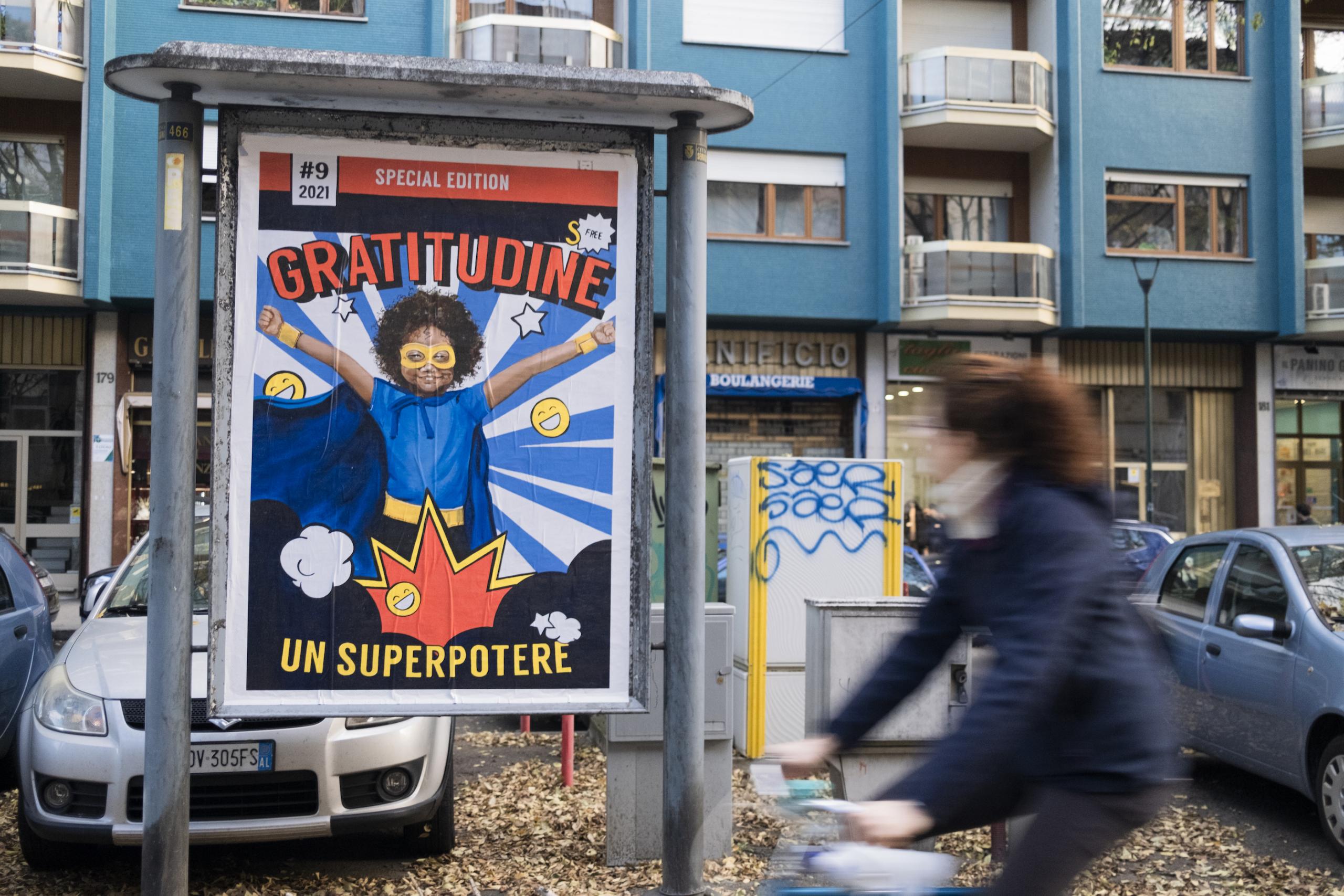 Since the 1970s, both scholars and pundits have sought to tie them together. The reasons are mostly ideological – either to explain how the left has intellectually evolved – or why it remains a threat to society.

Guardian journalist Stuart Jeffries’ new book, Everything, All the Time, Everywhere: How We Became Postmodern, is the latest addition to this tradition.

More accessible than academic, it’s a logical follow up to his critically-acclaimed 2017 history, Grand Hotel Abyss: The Lives of the Frankfurt School.

Everything, All the Time, Everywhere evinces both wide-ranging intellectual curiosity and the talent for insightful aperçu that one might expect from someone who spent two decades writing for The Guardian.

Opening with an encomium such as this foretells the imminent emergence of a “but” of some kind, and here it is.

Verso’s blurb for this book describes it as a “brilliant history of a dangerous idea”. One could readily assent to this description.

But, having read it, one is left with the distinct impression of having read a postmodern history rather than a history of postmodernism.

This is the sort of criticism that might not count as a criticism at all, depending on how committed one is to overcoming the idea of history as explaining (as opposed to illustrating) how we got here.

In Jeffries’ defence, supposing for a moment that he requires one, it might be noted that his narrative, while broken down to into relatively self-contained segments, for the most part, proceeds chronologically.

Some elements reappear, such as the figure of the French conceptual artist Sophie Calle, who fills the role of exemplar and stalking horse at various points in the book, or the Frankfurt School, which (unsurprisingly given the author’s previous work) plays much the same role.

Everything, All the Time, Everywhere comprises a series of interconnected essays, each containing three parts.

The variety of topics covered is impressive, ranging from the philosophy of Gilles Deleuze to the fatwa against Salman Rushdie, the history of the iPod, and the cultural significance of the action-adventure game Grand Theft Auto.

Each essay is self-contained, yet there are connections and overlaps which give the impression of coherence without overt linearity.

This is very much a journalist’s book. It is written in a breezy style that occasionally betrays a degree of flippancy.

Thus, for instance, in discussing the Beatles’ fascination with eastern religions, it is on several occasions asserted that they journeyed to India to meet with a Zen Buddhist guru.

This is somewhat inaccurate, not least because Zen is of Chinese and Japanese provenance, later developments being of the Indian Mahayana school.

This may seem picayune, especially since it isn’t as if a great deal is made of the actual intellectual substance of what The Beatles went there to do. On the other hand, it does rather rankle and probably should have been corrected.

Such sloppiness doesn’t detract from the book’s larger goal, but it gives an impression of imprecision, which seems oddly out of plumb with the project of illustrating the deleterious effects of postmodernism on standards of truth.

The attempt to parse the cultural influences of postmodernism is certainly apposite, especially at the current juncture. The current political and cultural conflicts in the United States have, as they occasionally do, spilt over into academia.

One can be sure that when the Frankfurt School or critical theory (whether of race or otherwise) turn up in the witterings of Fox News anchors or conservative politicians, these are not indications of deep engagement.

Just look at the numerous mistakes in Marc Levin’s new book, the best-selling American Marxism, in which he rages against the continued influence of the Frankfurt School and its thinkers. The errors are remarkable.

Postmodernism remains on the agenda in Europe and the United States partially because of hysteria like this. Whatever it is, it is viewed across the political spectrum as triggering the post-truth politics of the present era like this.

Nor is this a new phenomenon. The accusation that French intellectuals were corrupting the youth of the West has often been floated in the last quarter-century.

The French government’s current obsession with wokeness and Islamo-Gauchisme is just the latest example. But, as with all these things, it started in America.

In 1995, fresh off a stint as chairman of the National Endowment for the Humanities, Lynne Cheney (wife of future Vice President Dick Cheney) published Telling the Truth: Why Our Schools, Our Culture, and Our Country Have Stopped Making Sense and What We Can Do About It.

Cheney railed, in particular, against the nihilist influence of Foucault, for which she was credited by the Washington Post with “not-inconsiderable bravery”.

Anti-intellectualism has long been an element of public life, particularly in the United States. In the post-war era, it frequently combined with Anglo-American philosophy in rebutting what was viewed as the excesses of social and literary theory from Europe.

This was, by no means, a project limited to the rightward end of the spectrum. There are notable instances in which members of the 1960s’ New Left joined the chorus.

The explanations on offer typically reflected a lack of serious analysis, generally limiting their analytical offerings to a mix of partisan attacks and bumptious cultural platitudes.

This explained little, and the likes of Michel Foucault, Jacques Derrida, and others were accused of having some sort of malign purpose, without any plausible account of what this conspiracy might be.

Stuart Jeffries’ book is miles away from this. He engages seriously with art, philosophy, film, and politics, mixing them in ways that are often mutually illuminating.

Everything, Everywhere, All the Time, is a serious attempt to engage with the cultural and political origins of postmodernism. But it is not entirely clear that its analysis adds up to a coherent whole.

It is not that what is presented here is not interesting or insightful. Jeffries has mastered an impressively wide range of material, and the vignettes in which he employs it are interesting and often compelling.

However, he seems to be saying, postmodernism is a problem, and here are some stages of the process by which it became so. This is fair enough, so far as it goes.

One gets the impression that postmodernism is a sort of cultural event arising from unconnected phenomena, the sum of which is not the direct result of planning.

The story has to be told this way, of course, because there is an important sense in which that is what it is.

It’s not as if there is a cabal of French intellectuals (presumably Jewish, like Derrida) sitting in a smokey room, plotting the demise of Western culture.

To blame figures like postmodern philosophers for the demise of truth is like blaming Nietzsche for the deeds of the Nazis.

When Jacques Derrida pointed out the problems and complexities of language or Foucault highlighted the interconnections between knowledge and power, it wasn’t as if they were creating these problems out of thin air.

The problems with Western thinking (to say nothing of the concept of the West itself) were there to be found, particularly in the wake of the Nazi genocide.

Accusing such philosophers of nihilism is merely shooting the messenger.

Perhaps it is unfair to find fault with Stuart Jeffries for not imbuing the history he is trying to convey with some sort of over-arching explanatory narrative.

Everything, Everywhere, All the Time seems to show how postmodernism happened without providing a satisfying account either of why or what it is.

What emerges is a sort of sagittal project, in which postmodernism is explained via illustration rather than explanation.

For all that, this an interesting and illuminating book. If it doesn’t offer much in the way of solutions, this only rankles because it frames itself as a response to the problem of the post-truth world.

But just because a problem doesn’t have a solution doesn’t mean that it isn’t a problem.

We live in an era of profound fragmentation and dysfunction, after all. Incomprehensibility and failure are the watchwords of our era.

Tracing what led up to this is like lighting a candle to the darkness. Whether we get it all right is another story.

Everything, Everywhere, All the Time gets most of it.

Krzysztof Kieślowski’s 1976 film The Scar, which chronicles the construction and operation of a large chemical factory, breaks many of the rules that had governed narrative cinema since the silent era. END_OF_DOCUMENT_TOKEN_TO_BE_REPLACED

The Russian government is awarding prizes to Macedonian writers. END_OF_DOCUMENT_TOKEN_TO_BE_REPLACED

The 1970s was a decade of broken dreams. The end of the postwar boom brought to a close the era of middle-class liberalism in Europe and North America. END_OF_DOCUMENT_TOKEN_TO_BE_REPLACED