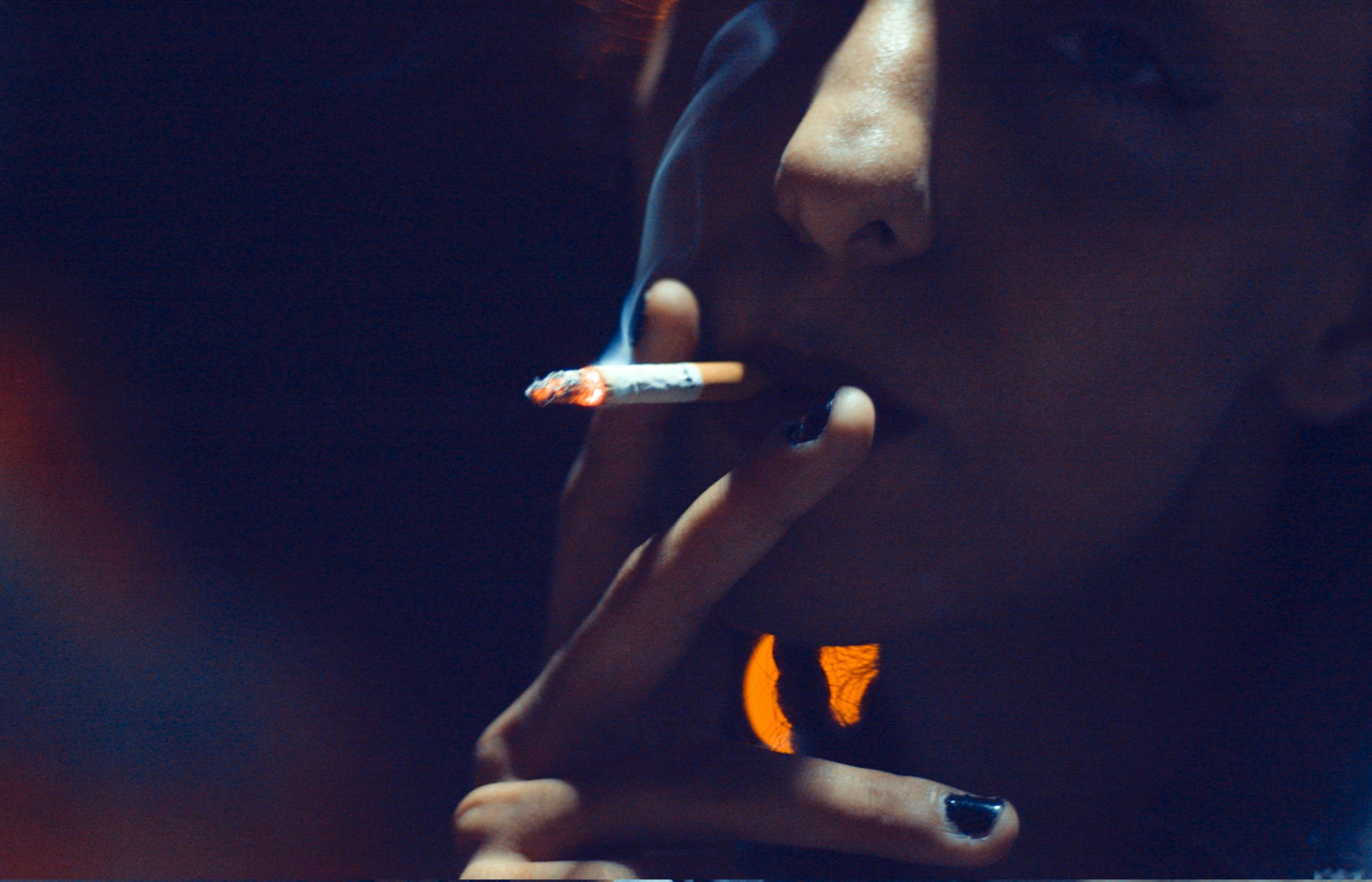 Rebel with many causes: Alexie Ivanovich.

When making art makes you an enemy of the state, the work you do communicates a profound existential weight.

You can tell how much the act of creation matters to Ivanovich – a pen name borrowed from Alexey, the male narrator of Fyodor Dostoyevsky’s novel The Gambler – whether she is working as a rapper or producer.

Ivanovich’s latest effort, the largely instrumental Jolfa EP, demonstrates impressive musical range. Although rooted in a dub sensibility, these five spare numbers – the whole record clocks in at under twelve minutes – treat the bottom end as means, not end.

From the field recordings of protest that kick off the first track “Jokers Everywhere” to the sinewy oriental figure that winds its way through the last one “Armenian Wine”, Ivanovich takes us on a musical journey that prioritises the margin of songs over their rhythmic centre.

My favourite track, “Letting Devil In” begins with slow, throbbing notes that seem to be coming from deep underwater. But this ambient vibe quickly gives way to a more hectic sensibility, as different layers of sound compete for attention.

Its successor, “Forgotten Tales”, achieves a similar effect, teasing us with the promise of chilling out to a groove before reminding us that calm is usually a function of the violence required to maintain it.

Jolfa feels stressed out and busy, as if Ivanovich were desperate to cram as many ideas as possible into its short run time.

Given the pressures she operates under, forever having to stay a few steps ahead of a punitive theocratic state, this makes both practical and aesthetic sense.

However, the songs she raps on may be easier for some listeners to handle since they must leave room for her voice.

I’m especially fond of her three-track EP Defa az Divanegi, which concludes with the piano-ornamented “Doctor”, a song whose melancholy requires no translation.

The more time you spend with the music Ivanovich has released under her own name, and the tracks on which she has collaborated, the more apparent it becomes that the Iranian artist is a force of nature, unwilling to be distracted by the threat of imprisonment or the antipathy of male rappers.

Alexie Ivanovich has somewhere to go and is doing everything in her power to reach that destination.

In interviews, she underscores the role the Underground Producers Alliance and Battleground Audio Editor Raz Mesinai have played in the development of her talents.

This is no surprise for anyone who knows Mesinai’s work as Badawi and as an educator of DIY artists and recordists.

Although Ivanovich’s music would still hold appeal if she had been afforded the privilege of being from Brooklyn, the fact that the Iranian producer has struggled so much to make it matters. Once you know her nationality, you can’t stop hearing its impact on her music.

It’s refreshing that Alexie Ivanovich doesn’t shy away from being listened to in this way. Indeed, her most impressive accomplishment may be the video for her song “Bang”, in which she performs in front of one of her hometown of Isfahan’s most storied mosques.

Seeing her rap, sans chador, uncovered and fearless, inspires hope for all of us in these increasingly dark times. Speaking truth to power hasn’t felt this fresh in years.

In his first autobiography, the great African-American thinker Frederick Douglass focuses on the importance of literacy. Everything good that happened in his life depended on the fact that someone took the time to teach him how to read and write.

For those of us who feel overwhelmed by the sheer quantity of material we will never have time to read, who focus on the troublesome aspects of writing, reacquainting ourselves with Douglass’ story inevitably proves a sobering antidote to this burden of surfeit.

Alexie Ivanovich’s work has the potential to serve a similar function, in feminist and Middle Eastern guise, providing a keen reminder that merely being able to make music and listen to it is a blessing we must never take for granted.

The fact that it’s so good, in spite of her difficulties in being heard, only strengthens the point. Considering both how popular and how regional Middle Eastern hip-hop has become in recent years, Ivanovich’s Iranian productions stand out for their accessibility.

A milestone in its own right, Jolfa confirms the arrival of an artist who will work wonders if she is given the opportunity to develop her talents, and perhaps even if she isn’t.

Hip-hop is the sound of survival, after all. Part of why it’s so beloved is precisely because it is about prevailing. Alexie Ivanovich is just showing how it’s done, in local vernacular.

Krzysztof Kieślowski’s 1976 film The Scar, which chronicles the construction and operation of a large chemical factory, breaks many of the rules that had governed narrative cinema since the silent era. END_OF_DOCUMENT_TOKEN_TO_BE_REPLACED

The Russian government is awarding prizes to Macedonian writers. END_OF_DOCUMENT_TOKEN_TO_BE_REPLACED

The 1970s was a decade of broken dreams. The end of the postwar boom brought to a close the era of middle-class liberalism in Europe and North America. END_OF_DOCUMENT_TOKEN_TO_BE_REPLACED